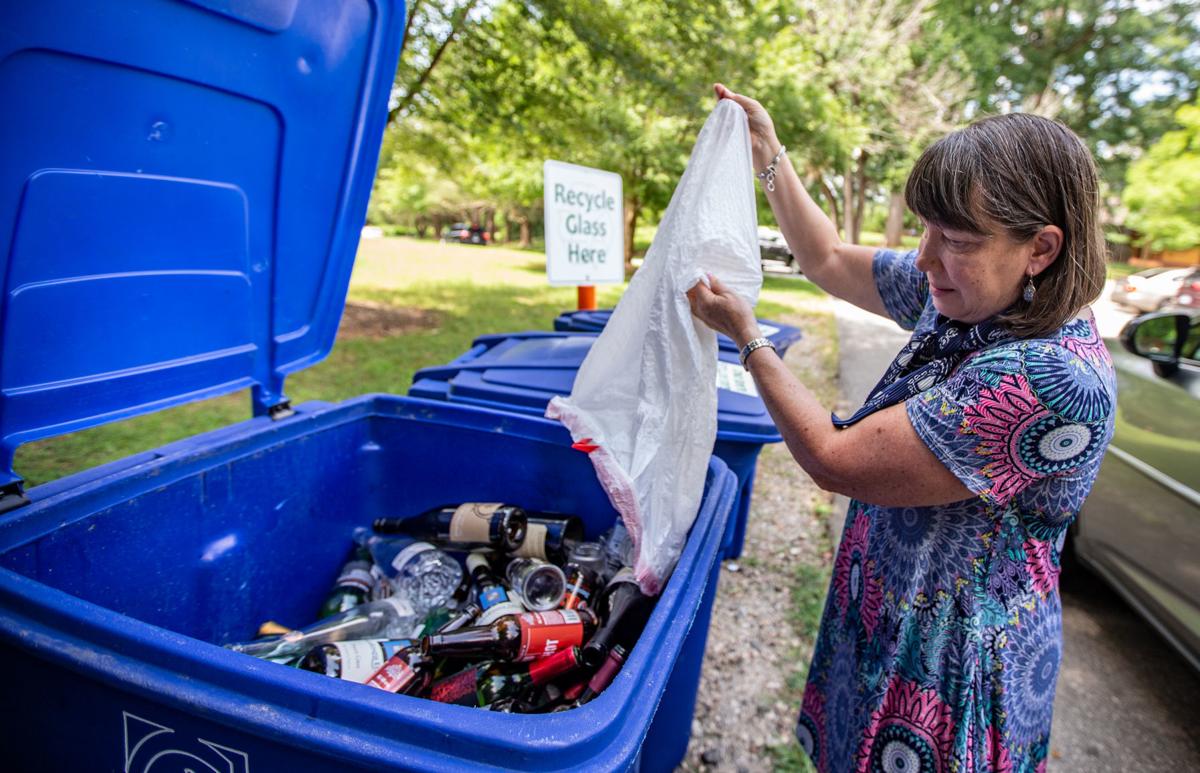 Laura Wolf adds to a bin recently of recyclable glass at the drop-off site on Price Park Drive in Greensboro. It’s been one of the busiest sites. 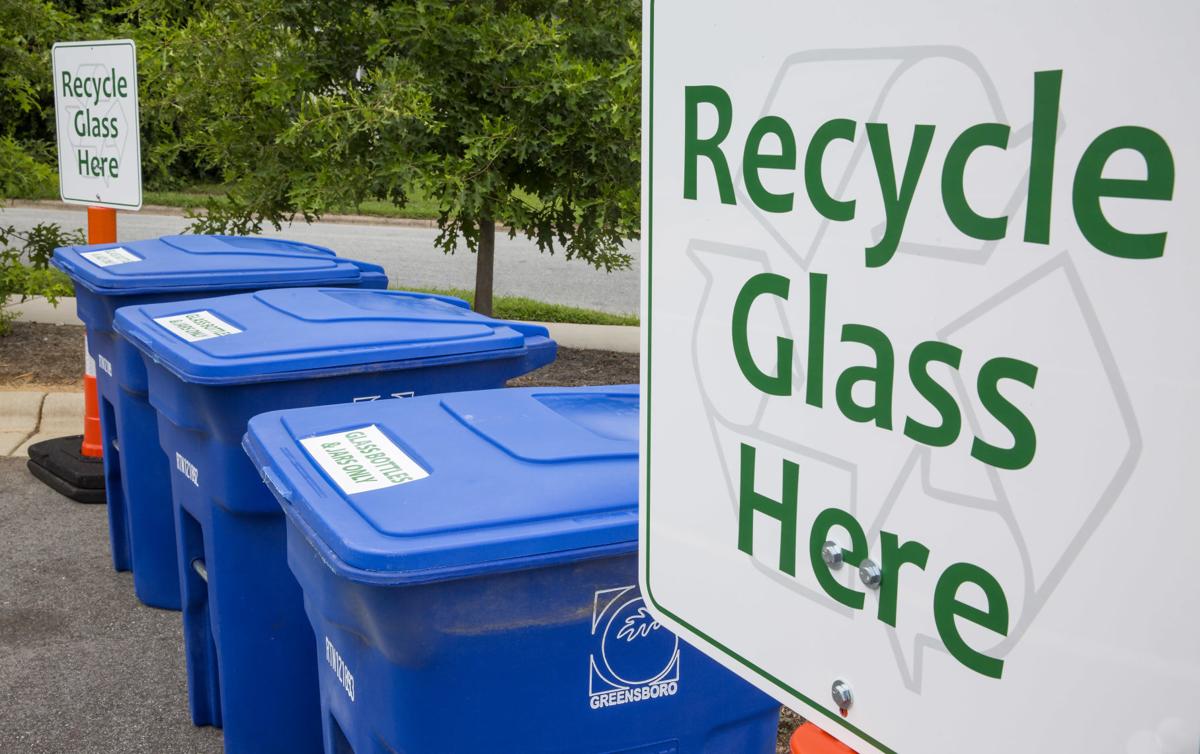 Laura Wolf adds to a bin recently of recyclable glass at the drop-off site on Price Park Drive in Greensboro. It’s been one of the busiest sites.

GREENSBORO — Less than two weeks after making residents begin disposing of glass separately from their mixed recycling, the city of Greensboro has had to add bins at one drop-off recycling site and is considering adding a fifth location.

“The traffic is high; the product is clean that people are dropping off,” said Tori Carle, the city’s waste-reduction supervisor. “We are just really pleased with what folks are doing.”

On July 1, the city stopped accepting glass in the recyclable material it picks up in its residential curbside service. Now, residents who want to recycle glass have to take it to one of four drop-off sites in the city. People who don’t want to take that extra step can throw it in the trash.

Carle didn’t have figures yet on how much glass is being collected at the sites. But she that said all the sites are being used and that the city has had to increase the number of collection bins at the site at Kathleen Clay Edwards Branch Library at 1420 Price Park Drive.

City crews are picking up the glass at that location seven days a week and sometimes multiple times a day, Carle said.

The city lacks glass drop-off locations in the north and southwest areas, so staff members are going to try to open two more sites by July 31. After that, they might consider another location near the Kathleen Clay Edwards library, Carle said.

She said people appear to be following instructions to only put clean, dry glass bottles and jars in the bins. She said she has seen just one plastic bag dropped in with the glass.

Carle also recounted hearing about a community member who, after seeing somebody put cardboard in with the glass, used a online neighborhood forum to post a warning to neighbors that putting the wrong stuff in the recycling could lead to the city potentially ending the glass drop-off sites.

That warmed her heart, Carle said.

The city still collects glass from restaurants and bars. Carle said that North Carolina law requires bars and restaurants recycle glass to have their ABC liquor license. Given that the city already has crews dedicated to collecting that, Carle said, it’s basically cost-neutral for the city to collect the glass from the new drop-off program. What was expensive, she said, was having the glass mixed in with the other recycling.

Little pieces of paper and other stuff stick to the glass, and the glass was “really, really dirty,” she said. That resulted in it having a negative value for the city.

To make sure items are properly recycled, the city uses a “tag” system.

People who put in items not accepted for recycling may get a postcard letting them know they put the wrong thing in their bin. Those tagged for contaminating the recyclables with unwanted items three times within a six-month period will have their recycling cart removed.

Carle said she hasn’t seen any tags yet for glass in the mixed recycling thus far, so she is hopeful that people got the message about the change.

So what happens to all that glass anyway?

Recycled glass from Greensboro goes to a factory that remelts it to make new bottles for beer and other alcoholic beverages, Carle said, explaining that the new bottles then get sold to North Carolina craft breweries.

This is the last week the city of Greensboro’s curbside recycling program will accept glass.

No more glass recycling? Could be, as Greensboro ponders taking it off the list of recyclable materials.

Greensboro has added a ninth glass-recycling drop-off location, this one at Leonard Recreation Center, 6324 Ballinger Road.