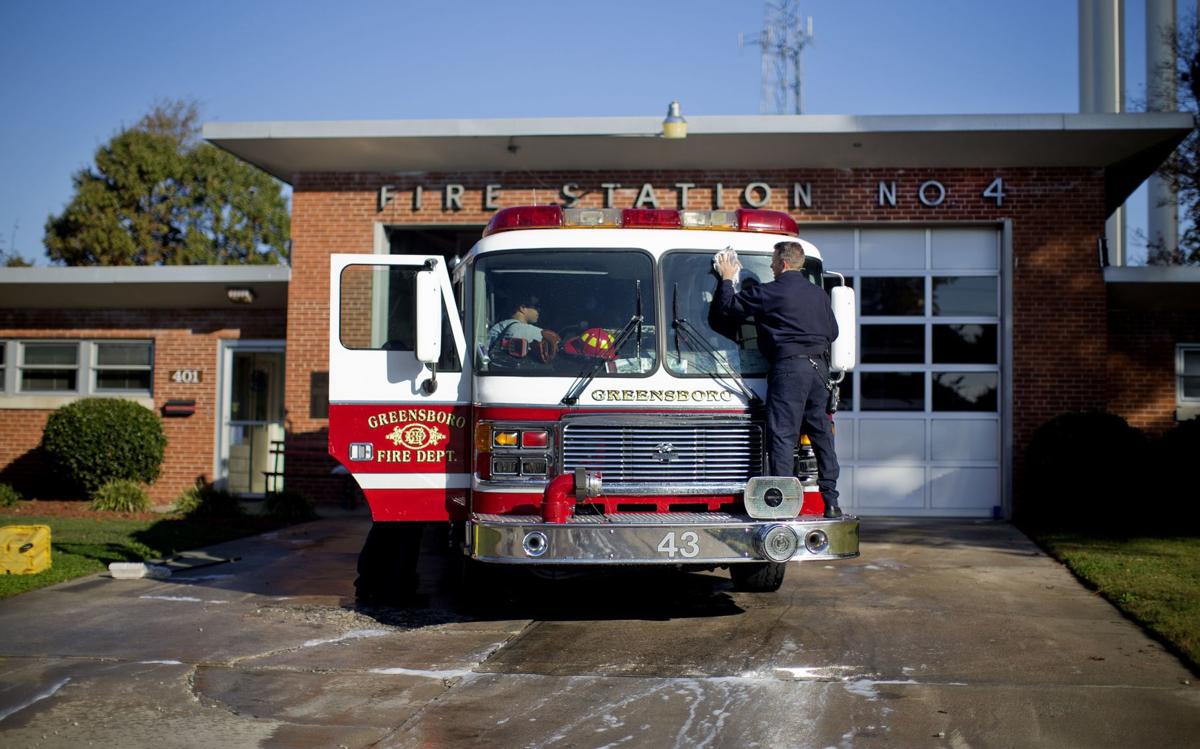 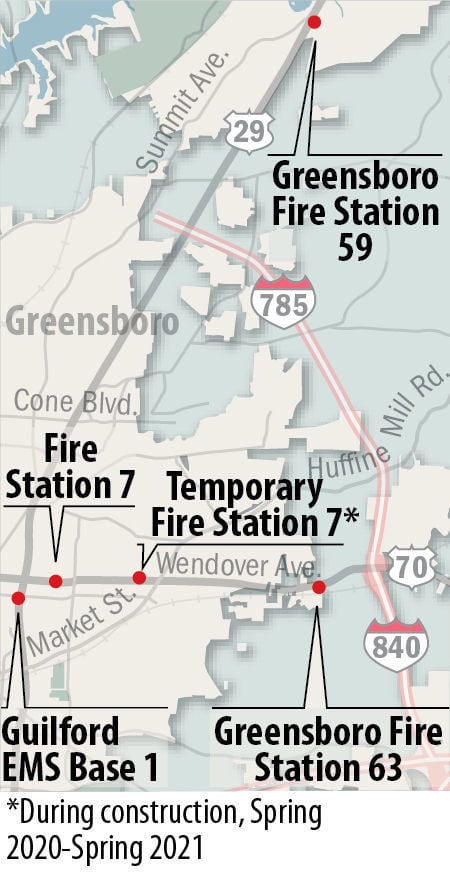 GREENSBORO — Firefighters and emergency medical responders would share space in a new fire station in east Greensboro if Guilford County officials give the go-ahead tonight.

The Greensboro Fire Department plans to demolish Fire Station 7 on Gatewood Avenue later this year and replace it with an $8 million station several times larger.

Just less than a fourth of the new building would be occupied by a Guilford Emergency Medical Services team now housed in a separate county building several blocks away on U.S. 29.

Assistant Greensboro Fire Chief Dwayne Church said pairing the two types of emergency responders in the same building is a big plus because they often respond to the same incidents.

"To have EMS there, it's a benefit. They have some (medical) equipment that we don't carry because they are a paramedic unit," he said. "It's good for both parties. A lot of times they will need extra manpower from us, for example, to help load people on stretchers."

The Guilford County Board of Commissioners is scheduled to consider a "memorandum of agreement" approving the county's share of the project, $1.77 million, at its meeting tonight.

"We have had several recent co-locations with Greensboro fire, but this will be the largest," said Jim Albright, director of Guilford's emergency services department.

Albright said his department has similar arrangements with county fire departments as well.

The new station at Gatewood and East Wendover avenues is expected to start construction next spring and take about 13 months to complete, Church said.

It apparently will not be a casualty of the discord in Raleigh that resulted in legislators failing this week to pass a proposed state budget. Unapproved parts of that budget  contained a lot of money for projects in Guilford, most immediately for county finances, $7.7 million toward a mental health center on Third Street that's already under construction.

But that should not stand in the way of moving ahead with the EMS project, said commissioners Justin Conrad, a Republican, and Melvin "Skip" Alston, a Democrat.

Conrad said that the withheld state money shouldn't prevent the county from living up to existing plans and obligations, but that county officials would need to be cautious moving ahead with new initiatives.

Alston said the county could spend money on approved projects and collect any state contributions after officials in Raleigh "come to their senses" and agree on a budget that includes previously promised money for local projects.

Commissioners Chairman Jeff Phillips said that necessary spending on the mental health center could affect county finances later this year if nothing changes in Raleigh. But he, too, was reluctant to impede the Gatewood project at a point so close to construction.

"The timing is such that I don't think we want to miss out on this opportunity to co-locate," Phillips said.

When finished, the new fire station would become the next home for Guilford EMS Base 1, which now occupies a 45-year-old building at the intersection of Headquarters Drive and U.S. 29.

Similarly, Church said that the current Fire Station 7 made its debut on Gatewood Avenue in 1958 and is long past its prime.

"We built it as a 40- to 50-year facility so it has outlived its usefulness," Church said.

While the new station is built, he said one of Station 7's two fire trucks will be temporarily relocated to the new, Burlington Road station that already has an EMS unit.

The city plans to move Station 7's other engine to a temporary location a mile east on Wendover Avenue from the current station.

That setting will include a modular home where firefighters will stay and a temporary storage structure for the second fire truck, Church said.

He said the new building would have room for a battalion chief who now has offices elsewhere, the latest communications and other technology, more space and equipment for training, and improved separate accommodations for male and female personnel.