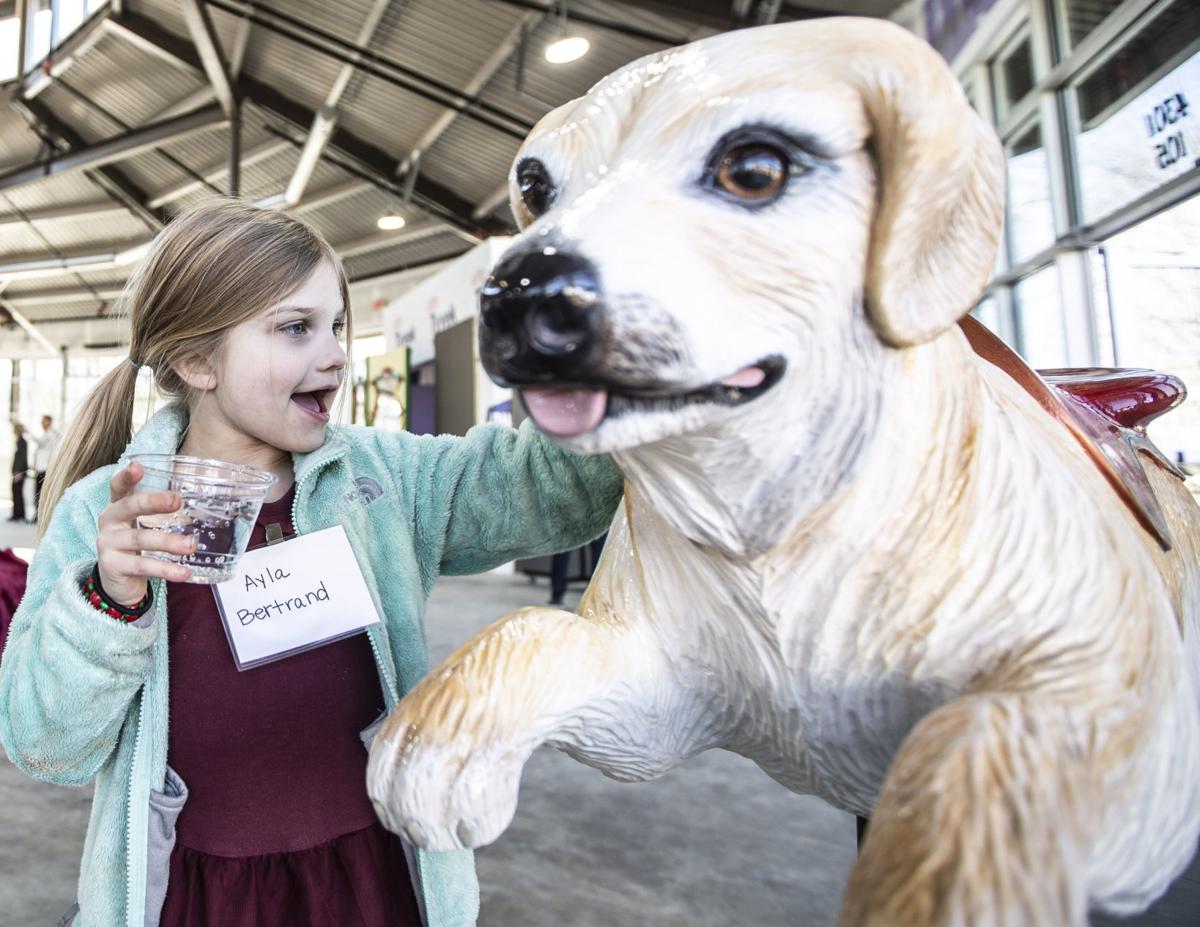 Ayla Bertrand pets one of the carousel animals. 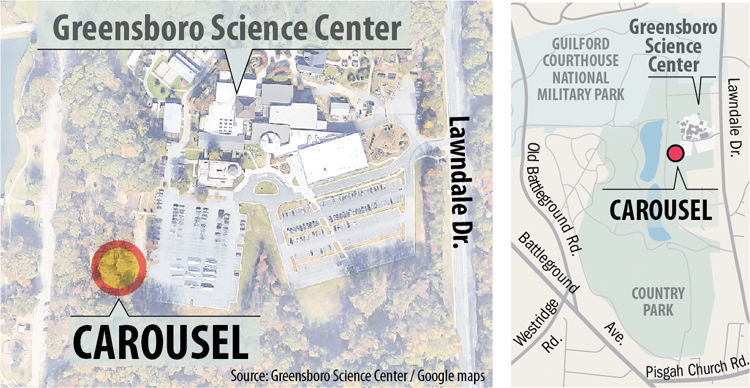 GREENSBORO — Thanks to the Rotary Club of Greensboro, a custom-made carousel will turn this summer on the grounds of the Greensboro Science Center.

A new, circular Joseph M. Bryan Carousel House has been constructed at the end of the center’s parking lot at 4301 Lawndale Drive, on the hill that leads to Country Park.

Artisans at Carousel Works in Mansfield, Ohio, have been hand-carving and painting its colorful wooden figures in preparation for installation.

It will pay tribute to the city’s history and the Rotary Club’s 100th anniversary in 2017.

It will be quite a carousel — the largest in North Carolina and one of the largest in the United States, made by the world’s largest manufacturer of wooden carousels.

“We said we wanted this to be first class, the best it can be,” said Bernie Mann, president and publisher of Our State magazine and the president of the Rotary carousel project. “We’re only doing it one time.”

The Rotary Club has raised nearly $3 million to finance the carousel, the building and a surrounding plaza that features a 20-foot clock tower sponsored by Schiffman’s Jewelers.

Anything raised above project costs that will go into a maintenance fund to help the science center operate the carousel.

“When it opens, it will be a huge hit,” said Glenn Dobrogosz, the science center’s chief executive officer.

When finished, the carousel will display 56 figures carved from basswood, half of them horses. A variety of animals will make up the other half.

Among them are Revolutionary War Gen. Nathanael Greene’s horse, college mascots and a Greensboro Grasshopper.

The carousel will celebrate city history through artwork on panels, called rounding boards, around the top.

“We want this to be a Greensboro carousel,” Mann said.

The structure has been customized with partial solid window walls and drop-down garage-style doors with windows. They can open in summer and close in winter, enabling the carousel to operate year-round.

It will cost a little to ride the carousel: $1 for science center members, $2 for non-members, Dobrogosz said. The center will develop a scholarship program for groups that apply well in advance for discounted or free rides seasonally.

The carousel project has been in the works for 13 years. The Rotary Club initially had hoped to locate it downtown, alongside a planned building for Senior Resources.

But it was a difficult time to raise money to finance both. Senior Resources purchased a building on Benjamin Parkway. The Rotary Club looked at other potential carousel locations and eventually turned to the science center, which has added to its attractions in recent years.

As of May, an exact opening date had not been set.

The Greensboro Science Center came in 12th while the N.C. Zoo in Asheboro came in third.

Custom-made carousel to open in June at Greensboro Science Center

Barring unforeseen circumstances, Carousel Works of Mansfield, Ohio, will install it by the end of May. After a week-long test period, it should open at the beginning of June and operate year-round.

Gate City Love: A few of our favorite Greensboro things

Tigers and hippos and butterflies, oh my! What the Greensboro Science Center has in store.

GREENSBORO — From the fragile to the ferocious, several new exhibits are on track to open at the Greensboro Science Center by fall of 2020, an…