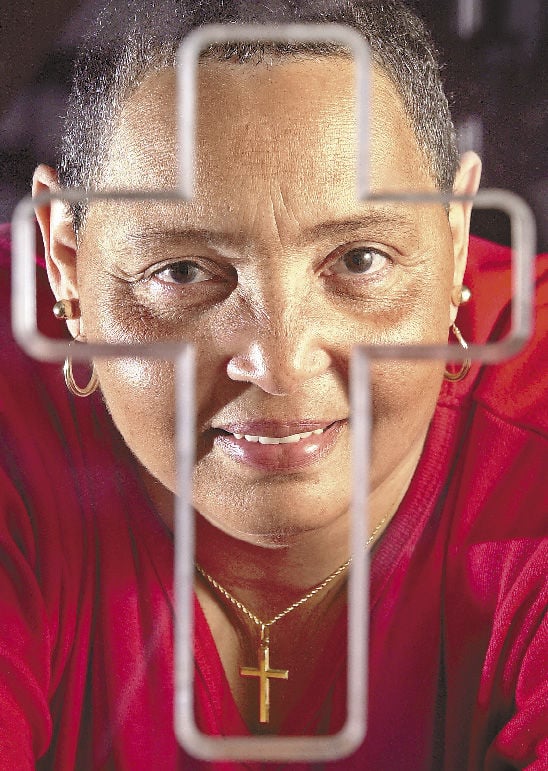 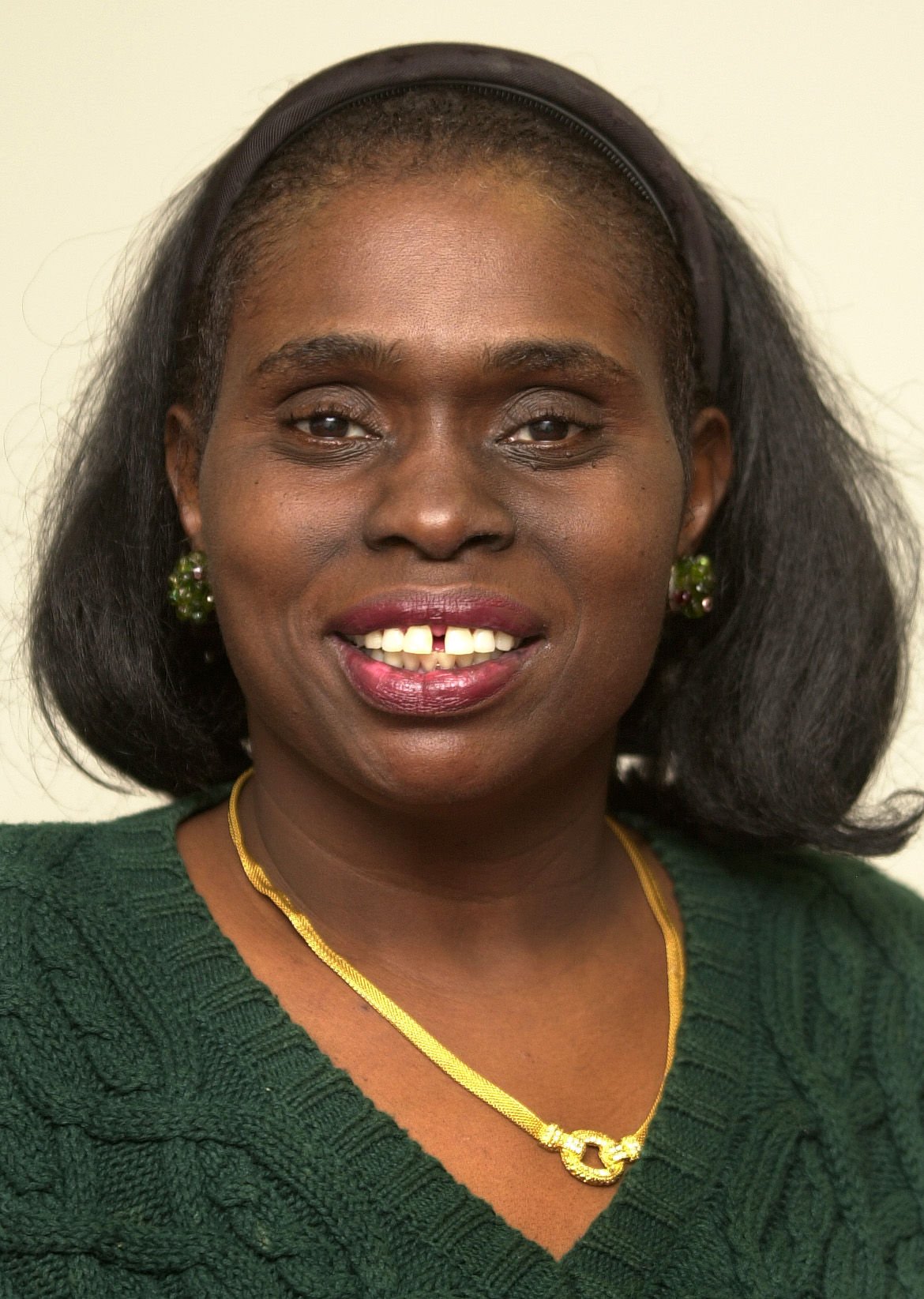 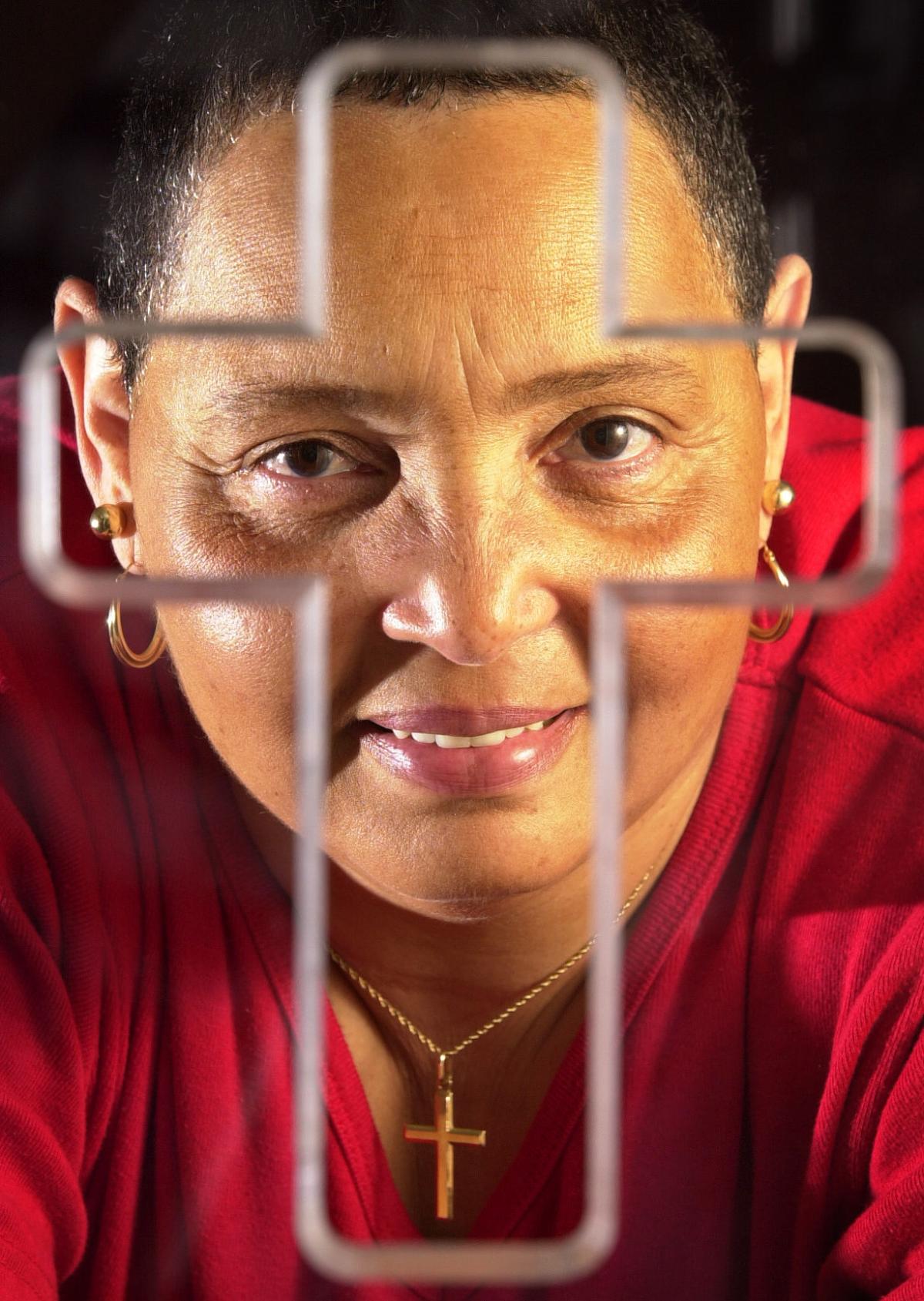 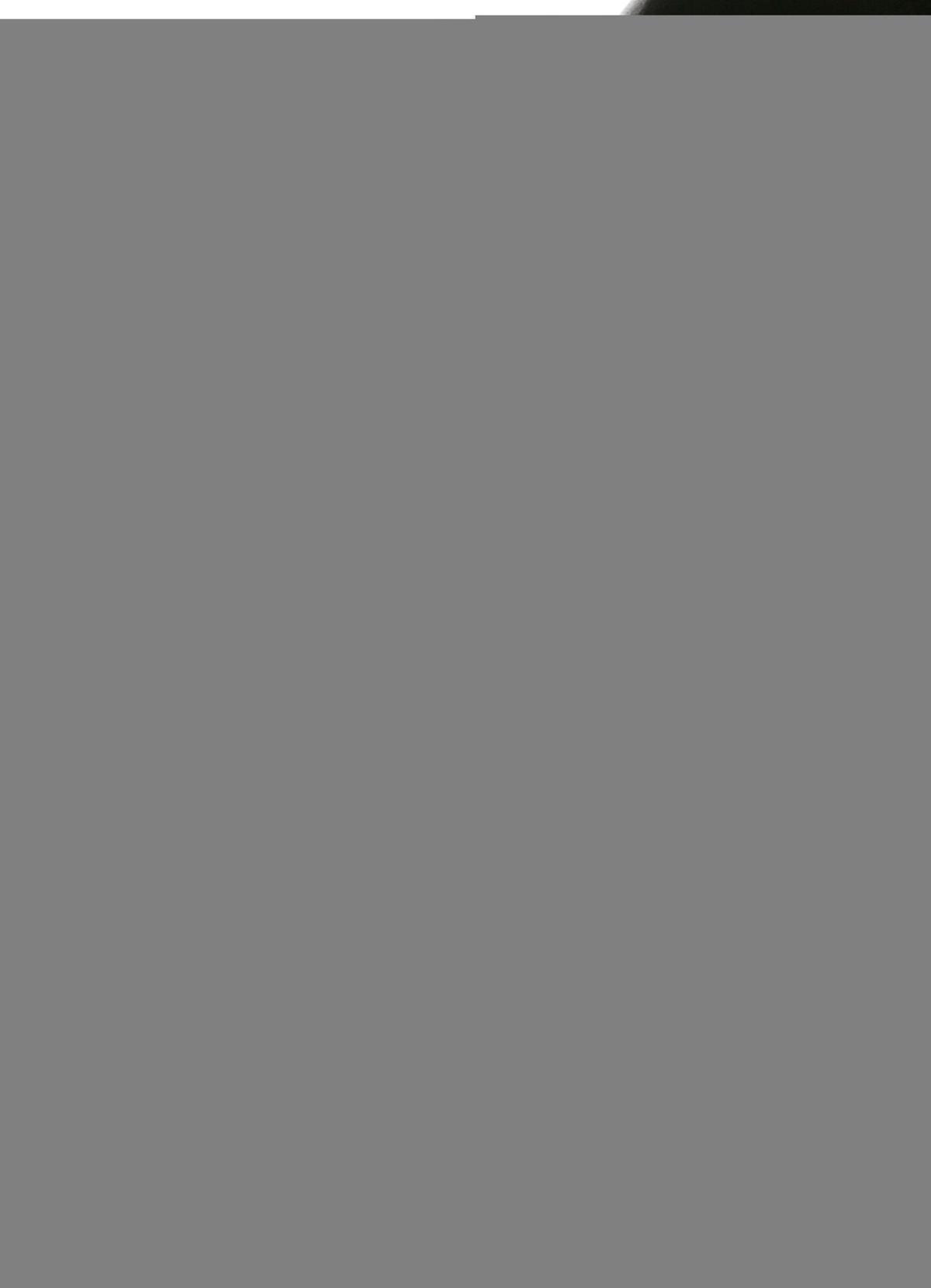 IT IS KEY TO REFRAIN FROM LABELING THESE FOLKS AS ANYTHING BUT CHURCH MEMBERS OR ATTENDEES. NOT ADDICTS, HOMELESS, ETC. VERY IMPORTANT, THANKS. PREACHER: The Reverend Helen McLaughlin is celebrating the third anniversary of her local chuch, FaithStep Ministries, this year. In this photo, Raymond Hampton speaks to the group gathered for a chuch meeting on Saturday, 5/15/04. (staff photo by Kim Walker, 5/15/04) 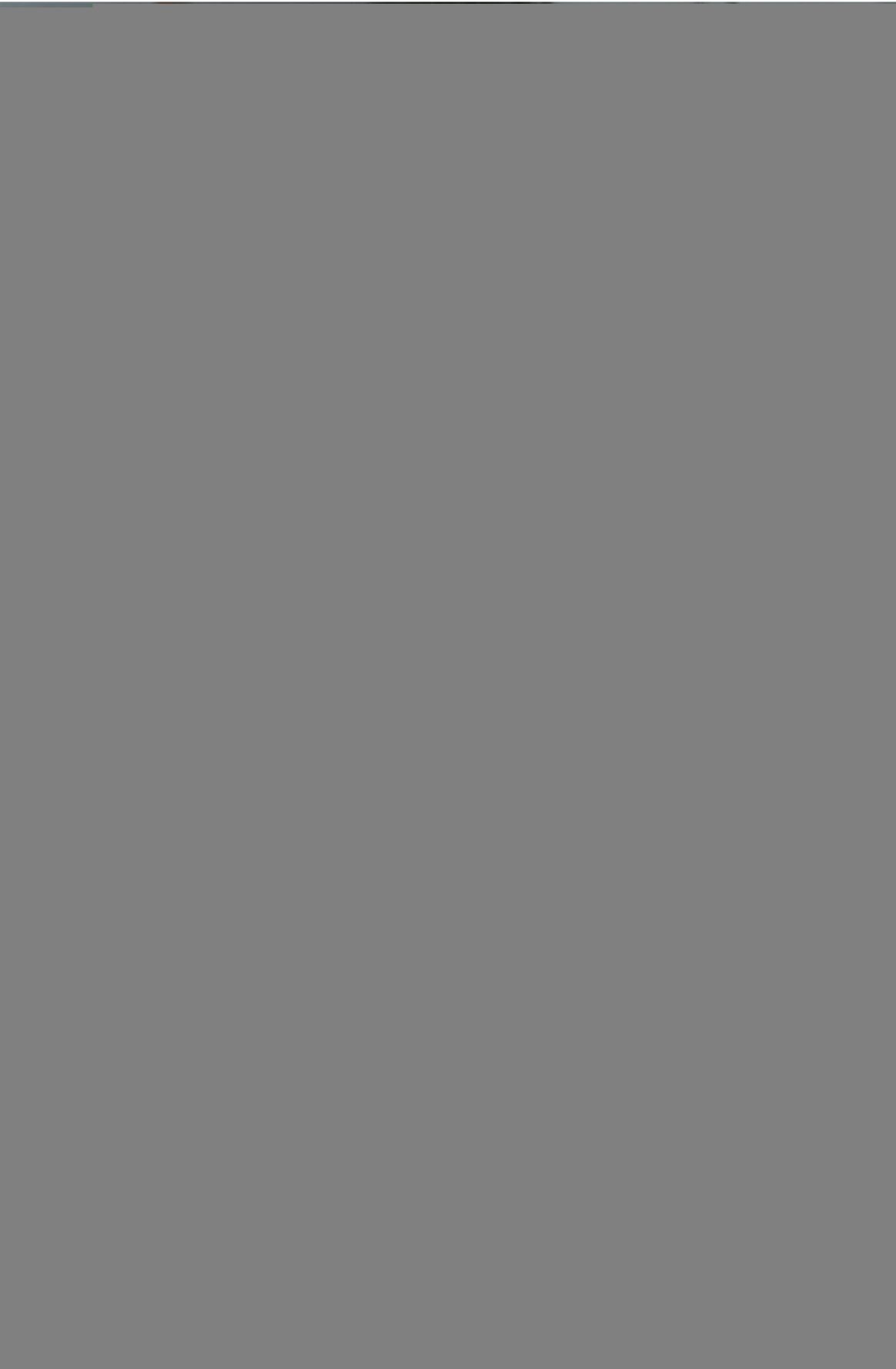 IT IS KEY TO REFRAIN FROM LABELING THESE FOLKS AS ANYTHING BUT CHURCH MEMBERS OR ATTENDEES. NOT ADDICTS, HOMELESS, ETC. VERY IMPORTANT, THANKS. PREACHER: The Reverend Helen McLaughlin is celebrating the third anniversary of her local chuch, FaithStep Ministries, this year. In this photo, Gail Mayberry laughs after speaking with the group gathered for a chuch meeting on Saturday, 5/15/04. (staff photo by Kim Walker, 5/15/04) 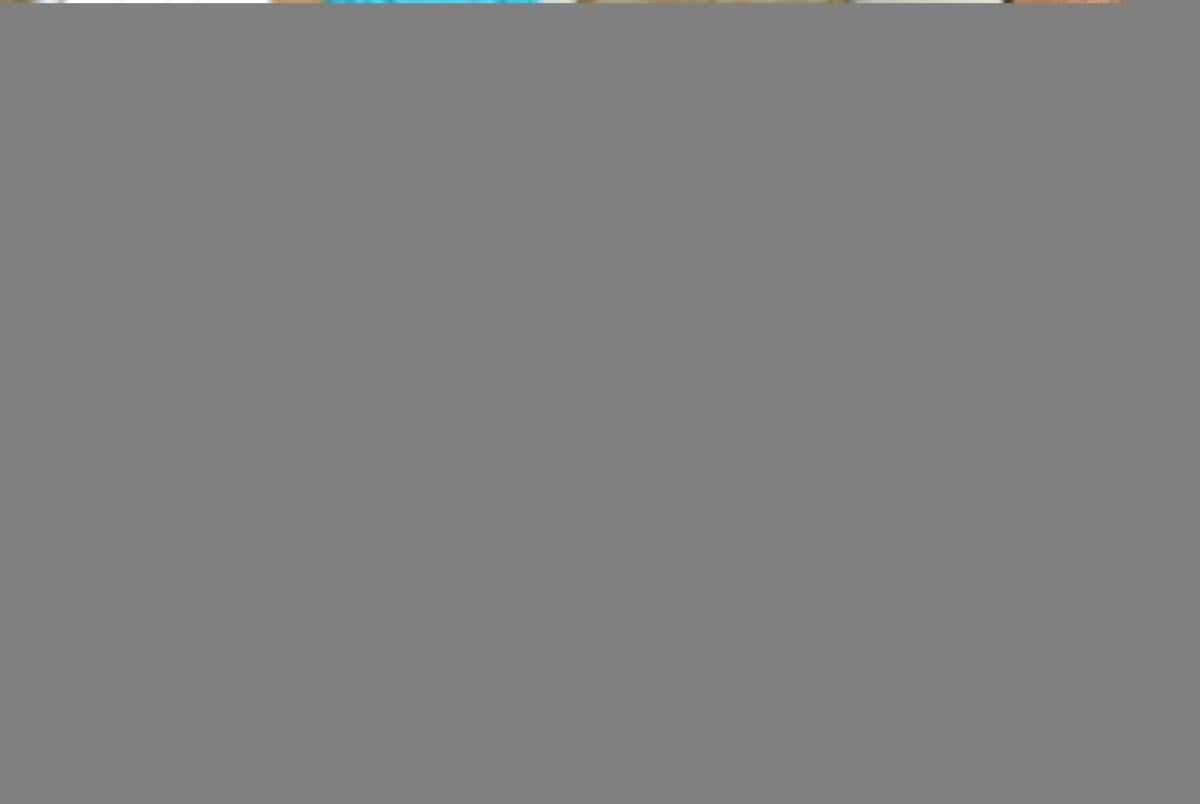 IT IS KEY TO REFRAIN FROM LABELING THESE FOLKS AS ANYTHING BUT CHURCH MEMBERS OR ATTENDEES. NOT ADDICTS, HOMELESS, ETC. VERY IMPORTANT, THANKS. PREACHER: The Reverend Helen McLaughlin is celebrating the third anniversary of her local chuch, FaithStep Ministries, this year. In this photo, McLaughlin speaks to the small group gathered for a chuch meeting on Saturday, 5/15/04. (staff photo by Kim Walker, 5/15/04)

IT IS KEY TO REFRAIN FROM LABELING THESE FOLKS AS ANYTHING BUT CHURCH MEMBERS OR ATTENDEES. NOT ADDICTS, HOMELESS, ETC. VERY IMPORTANT, THANKS. PREACHER: The Reverend Helen McLaughlin is celebrating the third anniversary of her local chuch, FaithStep Ministries, this year. In this photo, Raymond Hampton speaks to the group gathered for a chuch meeting on Saturday, 5/15/04. (staff photo by Kim Walker, 5/15/04)

IT IS KEY TO REFRAIN FROM LABELING THESE FOLKS AS ANYTHING BUT CHURCH MEMBERS OR ATTENDEES. NOT ADDICTS, HOMELESS, ETC. VERY IMPORTANT, THANKS. PREACHER: The Reverend Helen McLaughlin is celebrating the third anniversary of her local chuch, FaithStep Ministries, this year. In this photo, Gail Mayberry laughs after speaking with the group gathered for a chuch meeting on Saturday, 5/15/04. (staff photo by Kim Walker, 5/15/04)

IT IS KEY TO REFRAIN FROM LABELING THESE FOLKS AS ANYTHING BUT CHURCH MEMBERS OR ATTENDEES. NOT ADDICTS, HOMELESS, ETC. VERY IMPORTANT, THANKS. PREACHER: The Reverend Helen McLaughlin is celebrating the third anniversary of her local chuch, FaithStep Ministries, this year. In this photo, McLaughlin speaks to the small group gathered for a chuch meeting on Saturday, 5/15/04. (staff photo by Kim Walker, 5/15/04)

One by one, the worshippers leave their pews and move to the front, joining to form a circle around newcomers to FaithStep Ministries Church.

“Let’s pray for these first-timers,” says the Rev. Helen McLaughlin, putting her hand to the forehead of a young man wearing a slightly puzzled look as the circle of 20 or so parishioners moves in closer.

“We know that you’ll stay with us as FaithSteppers, Lord willing,” says McLaughlin, speaking to the young man and three other first-timers, some of whom have walked over from the shelter at nearby Greensboro Urban Ministry.

Such is the wind-up to Sunday morning’s weekly service at FaithStep Ministries Church, where the congregation gathers in a small storefront meeting house in the 300 block of West Lee Street. Here, worshippers from the poorest, potentially least hopeful backgrounds find welcoming hands and hearts.

The church “was begun out of a vision to minister to people in transition,” said McLaughlin, a former mill worker from Siler City who answered a call to the ministry more than 20 years ago.

McLaughlin, a 57-year-old widow, formerly served as assistant pastor at Shiloh Baptist Church and co-pastor of Genesis Baptist Church. She still serves as chaplain at Greensboro Urban Ministry. It was at the homeless shelter, she said, that she became aware of the spiritual needs of the “homeless, the addicted population and people in transition.”

“They didn’t have a place to worship that they could call their own,” she said. Many found it difficult to fit in at traditional churches, feeling that they didn’t belong, socially or economically.

At FaithStep, that’s not a problem. On a typical Sunday, worshippers ran the gamut from shelter residents to community members who visited the church and liked the honesty and genuine emotion they found there.

For some, such as Shirley Bailey, who works as the church’s assistant administrator, FaithStep proved to be a lifesaver.

Formerly, Bailey said, she was in a violent relationship with no future. “My husband shot me,” she said.

She was taking refuge in the Urban Ministry shelter, Bailey said, when McLaughlin mentioned at a devotional service that she would be starting a new church called FaithStep.

That was more than three years ago. Now, Bailey works closely with McLaughlin at FaithStep, where services include a men’s house and a women’s house, helping people to make transitions back into independent living, as well as weekly addiction meetings for church members, plus the two-hour Sunday morning service.

That’s the constant refrain from members at FaithStep.

“My name is Raymond, and I’ve been delivered from the bondage,” says Raymond Hampton, a neatly dressed man who leads off a weekly addiction-recovery devotion.

“We believe there’s a spiritual cause that underlies addictive behavior,” McLaughlin said. “We look at the root problem.”

More than a dozen people, all of them church members, sit in a circle in metal folding chairs. Their self-stated addictions include alcohol, to crack, sex and food, but all of them talk frankly about their needs and their reliance on the gospel to stay on their current straight-and-narrow path.

“Everybody is addicted to something,” said Gail Mayberry, her voice shy and hesitant. “It may not be drugs or alcohol, but I have a lot of addictions.”

Others talk about growing up without fathers, about being in abusive relationships, about trying and failing to kick additions to drugs or alcohol.

“So often God calls us to a new place,” Hampton said. “We’ve got to make the decision that we’re going to change.”

Many church members, such as Monzetta Oakley, said the support they receive at FaithStep has helped them recover sufficiently in their personal lives to go back to school. Oakley is in college at Shaw University in Raleigh; at least half a dozen FaithSteppers, formerly homeless, are in college.

She credits FaithStep and McLaughlin.

“She’s a great encourager,” Oakley said. “She sees our gifts and encourages them. She’s always encouraging us to go higher and higher in our aspirations. I’m grateful for that.”

McLaughlin, who went from sewing piece goods in a hoisery mill to preaching from the pulpit, leads by example, Oakley said.

“She’s not just talking, she’s walking in front of me.”

For McLaughlin, who grew up one of nine children raised by a single black mother in poverty in Chatham County, change has been the one constant in her life.

“I saw my mother toil from sunup to sundown, walking 10 miles one way to a white woman’s house to care for her children,” McLaughlin said.

At home, she and her eight siblings were all expected to carry their share of the load. “We all washed dishes and cut wood,” she said. “And we took care of each other while our mother was away taking care of other children.”

McLaughlin married at 17 , moved to New York for four years, then came back to North Carolina. She got a job doing piece work in a local textile mill. Ten years later, in 1982, McLaughlin said, she felt a call to the ministry. She was working in a hoisery mill in Moore County.

Her family always had been religious, she said.

“There was a lineage of preachers in my family,” McLaughlin said. “And I grew up in the First Baptist Church in Siler City. But I was running from the call.”

She also was generally angry at the world, McLaughlin said. She worked beside a white woman at the mill, who witnessed to her, McLaughlin said, by showing her how to sew crotches in pantyhose. That small act of kindness, she said, somehow restored her faith.

“I really believe that God placed me beside this lady.”

McLaughlin enrolled at Shaw University’s theological program, borrowing $10 for the application fee. “I didn’t have any money,” she said. “I had three children, a sick husband and a home that we had built. We were in poverty. It was just a compelling call in my life.”

There, she earned bachelor’s degrees in theology and behavioral science, and went on to graduate school to earn a master-of-divinity degree. Later, she earned a doctorate at Drew University in Madison, N.J.

Then it was on to Greensboro, where she became the first female pastor at Shiloh Baptist.

Meanwhile, her husband, Eugene, who worked at the State Prison Unit in Carthage, was fighting a long and losing battle with diabetes.

“He died when I was in graduate school,” McLaughlin said.

Change had become routine for McLaughlin. “One thing I learned being the daughter of a single parent in the early ’60s was how to survive,” she said. “You learn how to be versatile. You learn to bounce back and adapt to change.”

McLaughlin, now a single mother with three adult children, said she’s not bothered by change or by challenges. To start FaithStep Ministries Church, she had to talk a landlord into renting her the vacant storefront, then into trusting her to come up with the monthly rent they negotiated. She always has.

Through the years, McLaughlin said, she’s had to write applications for grants, beg for money from corporations and talk numerous landlords into trusting in her and the Lord.

“Women have to do some creative things to stay in the ministry,’’ she said.

It was during McLaughlin’s ministry as chaplain at Urban Ministry that her eyes were opened to the needs of the homeless, she said.

“Everybody who is homeless is not a heathen,” she said. “They’re either down on their luck, or there are some factors that have made them homeless. Some have made some bad choices. Some are mentally ill or are recovering addicts.”

The Rev. Mike Aiken, executive director of Greensboro Urban Ministry, says McLaughlin leads her life according to the Scriptures.

What FaithStep offers these people, McLaughlin said, is a spiritual haven.

“I think this church is very rich,” said Barbara Stone, a member of First Presbyterian Church but a regular at FaithStep. She said she had tried numerous churches but had never found what she did at FaithStep.

“They’re looking for God,” she said. “I’ve never met a group of more spiritual people. I’m humbled to be the pastor of this program.”