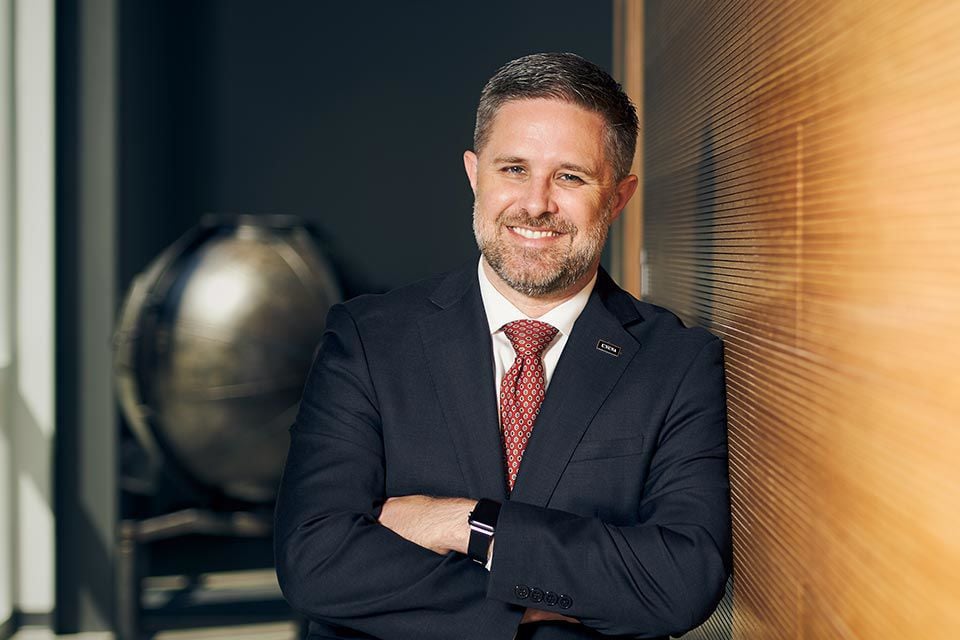 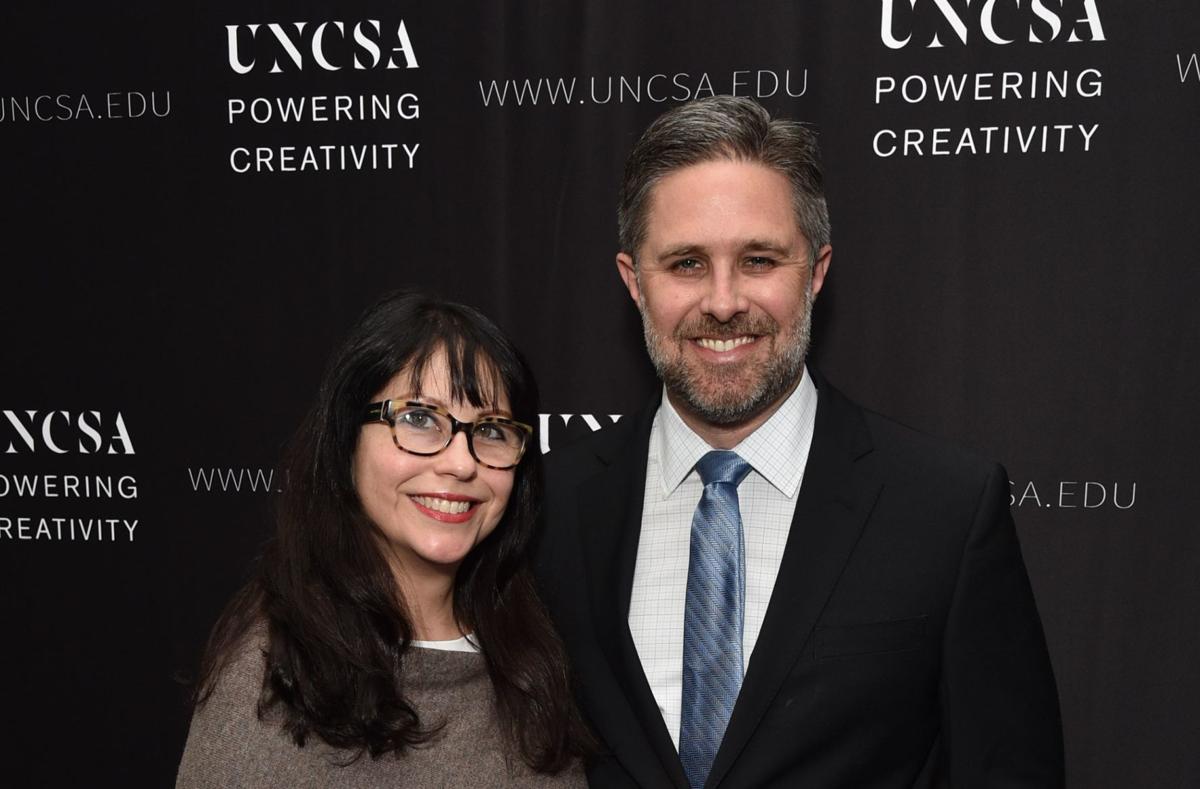 WINSTON-SALEM — The former interim chancellor of UNC School of the Arts is now the university's permanent leader.

The UNC Board of Governors on Wednesday appointed Brian Cole to be the ninth chancellor of the Winston-Salem arts school. Bill Roper, the UNC System's interim president, picked Cole from two finalists after a search that took nearly eight months. Cole's new permanent role started as soon as it was announced Wednesday.

Cole — a bassoon player, conductor and university administrator — has been at UNC School of the Arts since 2016, when he was hired to be the dean of its School of Music. He has served since August as interim leader of the institution of about 1,300 college and high school students.

Cole said in a telephone interview Wednesday shortly after the board's vote that he was excited to get Roper's call a week ago letting him know that he was the president's choice for the permanent job.

"I'm very committed to the institution," Cole said. "I'm very humbled by this opportunity and thrilled."

Ralph Womble, chairman of both the university's Board of Trustees and the committee charged with finding a new chancellor, was pleased with the pick.

Womble told Board of Governors members that the school's 20-member search committee "invested many months of hard work and commitment to find the right leader in the midst of unprecedented circumstances. ... We have the utmost confidence in (Cole), and we are so pleased that you see that as well."

In his nearly four-year tenure in Winston-Salem, Cole oversaw the high school and university programs of the School of Music and developed the school's first strategic plan. UNCSA also credits him with creating new academic programs and modernizing existing ones, installing a new state-of-the art video recording system in its best recital hall so performances could be shown live online and bringing to campus several world-class guest conductors to lead the school's symphony orchestra.

In September, in one of his first official acts as interim chancellor, Cole publicly introduced the university's $65 million fundraising campaign, the school's first major push for private funding in two decades. That effort, expected to continue until mid-2021, met its goal in April.

Cole credits two opportunities — one in high school and another after he and his wife moved to Puerto Rico — with putting him on the path to lead the nation's first public arts conservatory.

Cole grew up in a non-musical family in Gainesville, Fla. He credits several "truly transformative teachers" with nurturing his talent for music. By sixth grade, he had picked up the saxophone, which he played throughout high school in the jazz and marching bands. During his senior year, he was the marching band's drum major.

As a high school freshman, Cole said, the band teacher asked for volunteers to play the bassoon, a complicated four-and-a-half-foot long double-reeded woodwind instrument. Cole recalls looking down a long row of seated saxophone players to the empty seat where the bassoon player would sit and thinking, I'm going to try something else.

Cole was a talented player, and he earned a college scholarship to play the bassoon to Louisiana State University. At LSU, he met his wife, Iris; led the alto saxophone section of the school's marching band; and decided to go to graduate school and make a career out of music and conducting.

Cole said his high school and college experiences taught him valuable lessons that he hopes to continue at UNC School of the Arts: exposure to new things — and the opportunity to try them out — is crucial.

"I got a lot of opportunities," Cole said, "and it's important for others to have the same."

After college, Cole earned a master's degree, started work on a doctorate and conducted orchestras. In 2005, he and Iris moved to Puerto Rico for her work. She grew up on the island and had family there. Cole was conducting and figured he could be based anywhere. He also found part-time work teaching at the Puerto Rico Conservatory of Music in San Juan.

About three months into his teaching gig, Cole said, a school administrator approached him with an offer. The school liked Cole's academic and performance background and was looking for an associate dean of academic affairs. Would he be interested in the job? He took it, and 15 years later he's in charge of a university.

"Without that opportunity," Cole said, "I wouldn't be here today."

Cole stayed at the conservatory in Puerto Rico before leaving for Spain. There, he was the founding dean of the new Valencia campus of Berklee College of Music, the contemporary music and performing arts college in Boston.

Cole's work around the world taught him another crucial lesson: the arts and entertainment industries are global, and graduates of schools like UNCSA need to be exposed to those trends as they prepare for careers in music, dance, filmmaking and other artistic fields.

In his almost four years at UNC School of the Arts, Cole said he has been impressed by the faculty and staff that the school has recruited and the graduates it has turned out. Cole said one of his first big tasks will be to compile the school's next strategic plan to ensure that UNCSA continues to provide opportunities for talented and motivated students.

"Our big focus will be for our programs and experiences here to continue to be relevant not only to the industry today but the industry for the next 10 or 20 years," Cole said. "We want to get busy writing the next act for UNC School of the Arts."

Cole has been dean of UNCSA's School of Music since 2016.

UNC School of the Arts chancellor to depart in July

$65 million to 'Power Creativity': UNC School of the Arts opens its first capital campaign in 20 years to the public

Previously: Interim chancellor of UNC School of the Arts since Aug. 1

Music career: Guest conductor of orchestras and operas with performances in the United States, Europe, South America and the Caribbean, since 2000; conducting assistant, Cincinnati Symphony Orchestra, 2002 to 2004.

Family: Iris Fagundo Cole, Cole's wife, is a flutist, social entrepreneur, consultant and co-founder and CEO of Do Good Artist, an enterprise that pairs artists with industry to spark innovation and social and economic change. The couple has three children: Elena, a rising senior in the visual arts high school program at UNCSA, and 7-year-old twins Clara and Gabriel.

Both universities plan to finish classes and exams before Thanksgiving.

The Syllabus: It looks like colleges are planning to reopen in the fall. Should they?

As universities announce their plan to reopen their campuses and resume in-person instruction in the fall, some people are pushing back.

High school and college classes will start Aug. 17. Students won't have time off for Labor Day or fall break.