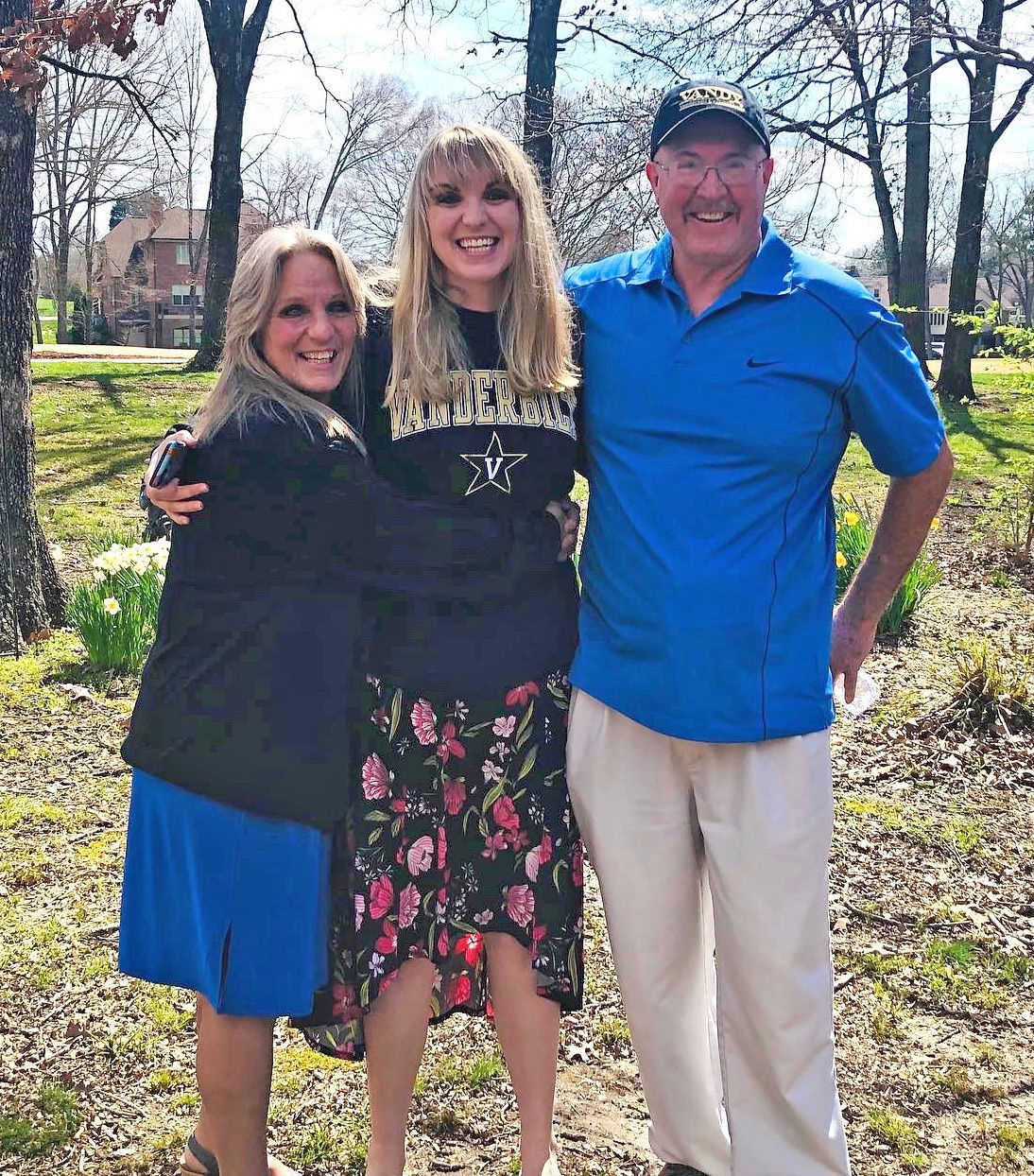 Wake Forest School of Medicine student Ivory Shelton stands with her parents, Brenda and Roger Shelton, after securing her pediatric residency with Vanderbilt. 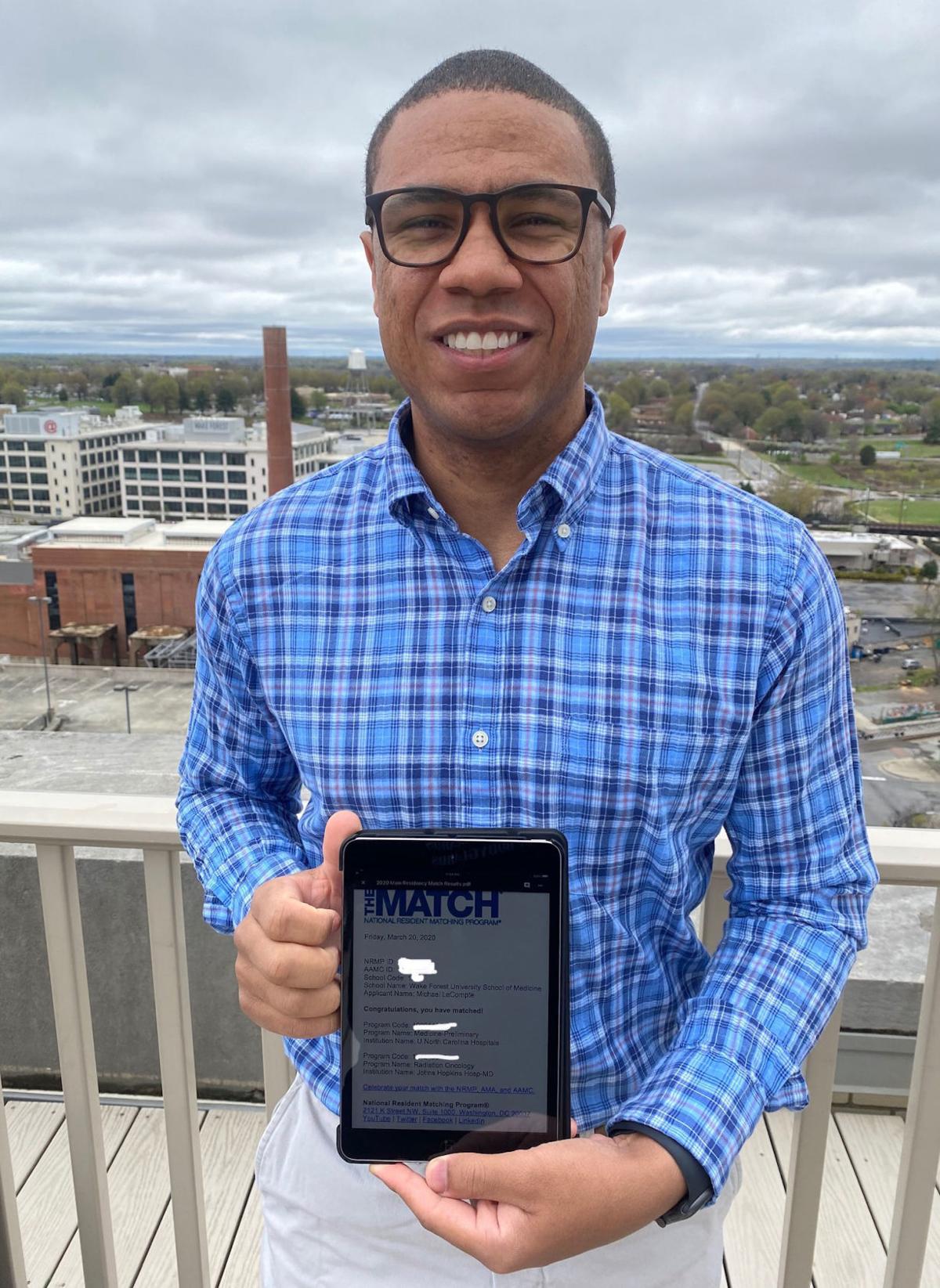 John LeCompte, a Wake Forest School of Medicine student, shows off his Match Day email, which told him he would be going to Johns Hopkins for a radiation oncology residency. 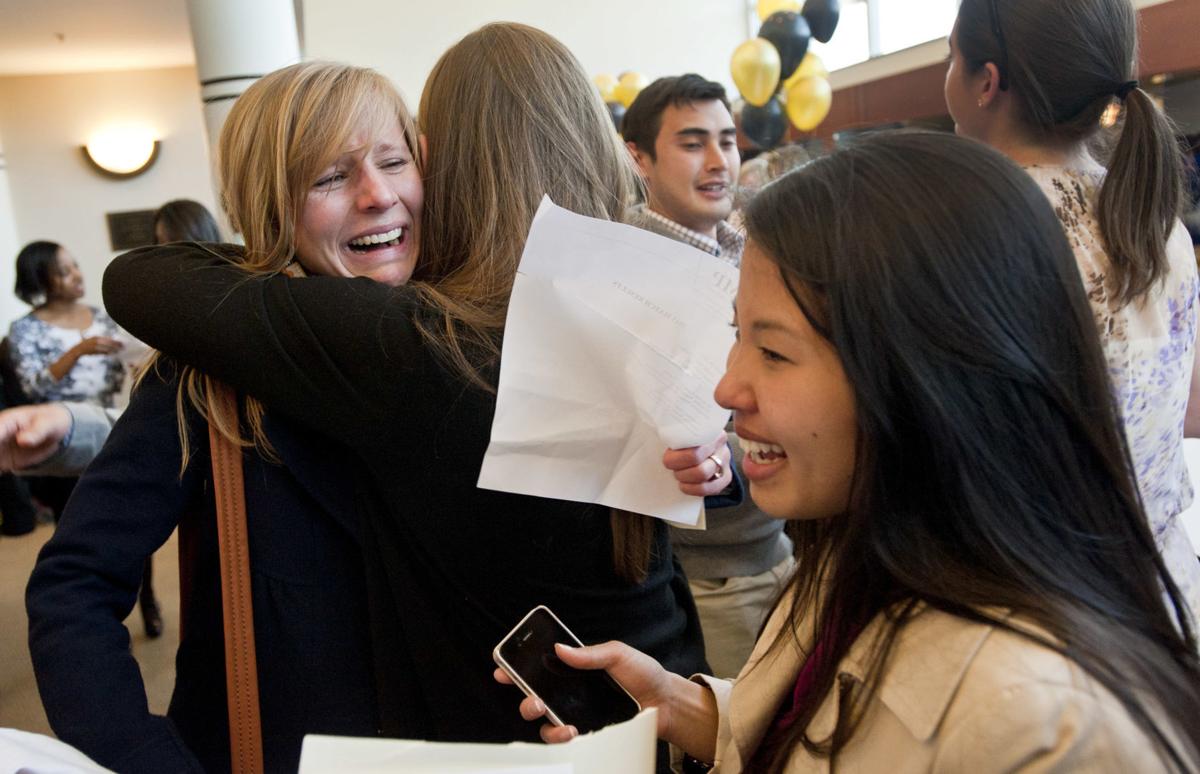 A photo from 2013 shows what a typical Match Day celebration looks like. Wake Forest Baptist Medical School Anna Paulsson (from left), Martha Montgomery and Haru Yamamoto celebrate as they find out where they will be spending their medical residency.

Wake Forest School of Medicine student Ivory Shelton stands with her parents, Brenda and Roger Shelton, after securing her pediatric residency with Vanderbilt.

John LeCompte, a Wake Forest School of Medicine student, shows off his Match Day email, which told him he would be going to Johns Hopkins for a radiation oncology residency.

A photo from 2013 shows what a typical Match Day celebration looks like. Wake Forest Baptist Medical School Anna Paulsson (from left), Martha Montgomery and Haru Yamamoto celebrate as they find out where they will be spending their medical residency.

Ivory Shelton had the day she hoped for.

Last Friday was one of the pivotal days in the medical community. It was Match Day, an annual event — the third Friday in March — when graduating medical students across the nation get their residency assignments.

But instead of a room full of classmates, Shelton and a fellow student, Michael LeCompte at Wake Forest School of Medicine, settled for an online gathering due to the halt COVID-19 has placed on society.

LeCompte, a Greensboro native, and Shelton, who’s from Tennessee, spent time with their families.

And fortunately, the lack of a large gathering didn’t mute their excitement — at all.

“I think the exuberance and the joy and the connection still carried through that moment because it’s such a big moment in every young physician’s life that I think it carries itself, even though there wasn’t necessarily a, quote, ceremony to go with it,” Shelton said in a phone interview.

Shelton will go to Vanderbilt for a pediatrics residency, while LeCompte is headed to Johns Hopkins for a radiation oncology residency.

Dr. Marcia Wofford was happy to watch from afar as all 114 Wake Forest medical students earned their placements.

Wofford is the associate dean of student affairs for the Wake Forest School of Medicine. She, along with many others, help med students ready for the process that plays out before they get to open their assignment envelopes. With the help of the National Resident Match Program, medical students can apply to schools all over the U.S. Then come the interviews, away rotations and all the other things that help students rank their perspective schools.

“It’s certainly a milestone, and it’s just one of those opportunities where they’re ready for the next phase,” Wofford said. “And the next phase is just so different because suddenly they have responsibilities and they just grow so incredibly fast when starting residency.”

Wofford has seen six Match Days come and go. Before that, she was residency program director for pediatrics at Wake Forest for 13 years. She realized about two weeks ago, when the preventative measures for the novel coronavirus began to ramp up, that Match Day would have to change.

Wake Forest asked students to share pictures and videos via social media to hold a digital celebration. Wofford enjoyed seeing every one.

LeCompte and Shelton picked their schools and studies for different reasons. Shelton said she wanted to be a voice for a patient community that could use more of them. LeCompte visited Johns Hopkins and was immediately drawn to it. He said that, more often than not, he’ll be dealing with patients from all across the world.

“I was involved in patients’ care and was able to present several different specialties all at once,” LeCompte said. “These patients were coming in from different states and they were leaving that same day with a definitive answer from a surgical side, from a medical oncology side and a radiation oncology side. So that ultimately really attracted me.”

Finally breaking through the Vanderbilt application process added to Shelton’s happiness. She applied to the school for both her undergraduate and medical studies. She instead spent eight years at Wake Forest, where she said she became the future doctor she hopes to be.

Now, she and LeCompte will begin practicing medical care in the middle of a pandemic. Both are ready to take that on, no matter how it might affect their lives in the coming months.

“We’re finally getting to the point to really be responsible for patient care because that’s what we want to do,” LeCompte said. “But we’re just anxious to see what that will look like when we start because ... there’s no telling what’s going to change between now and then.”

“It’s very scary, but at the end of the day, I would say that we’ve trained for four years to have a certain skill set, and where better to deploy that skill set then when it is absolutely the most needed?” Shelton said.

News and notes related to COVID-19 at two area institutions.