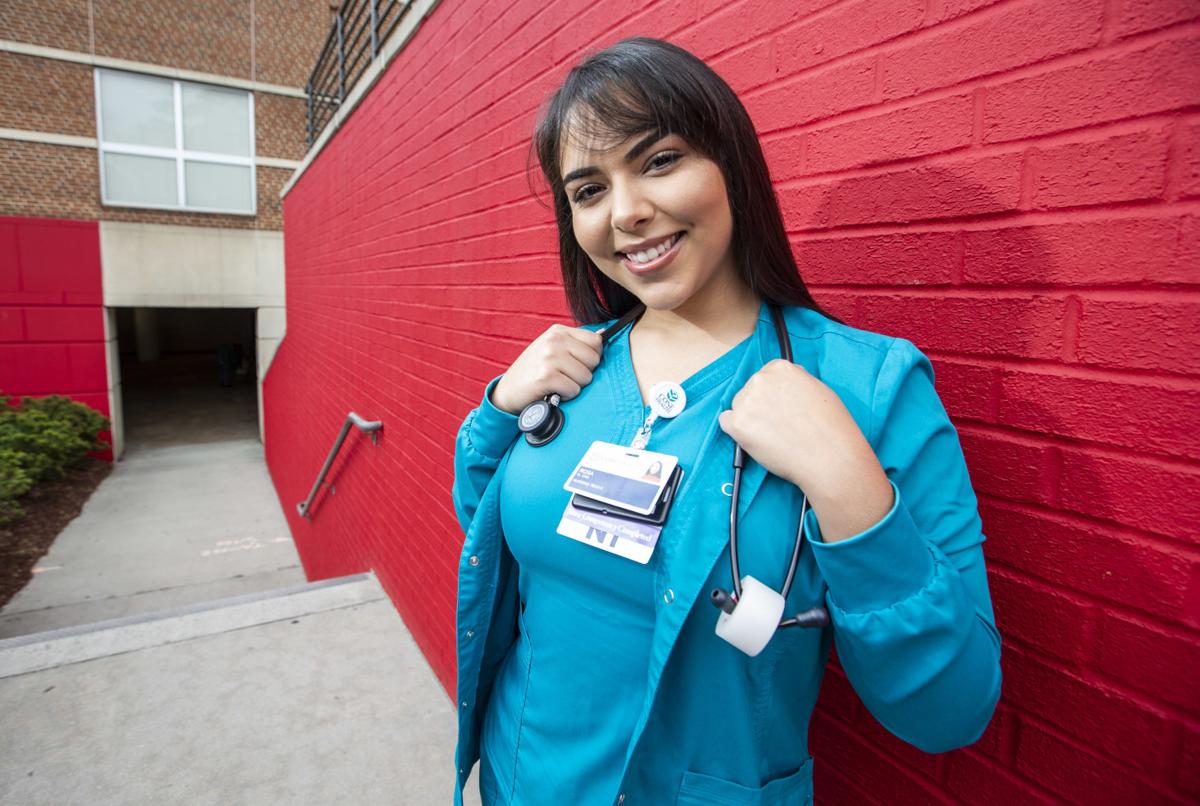 Rosa Gonzalez is a recent graduate of UNCG and works as a CNA at Moses Cone Hospital. 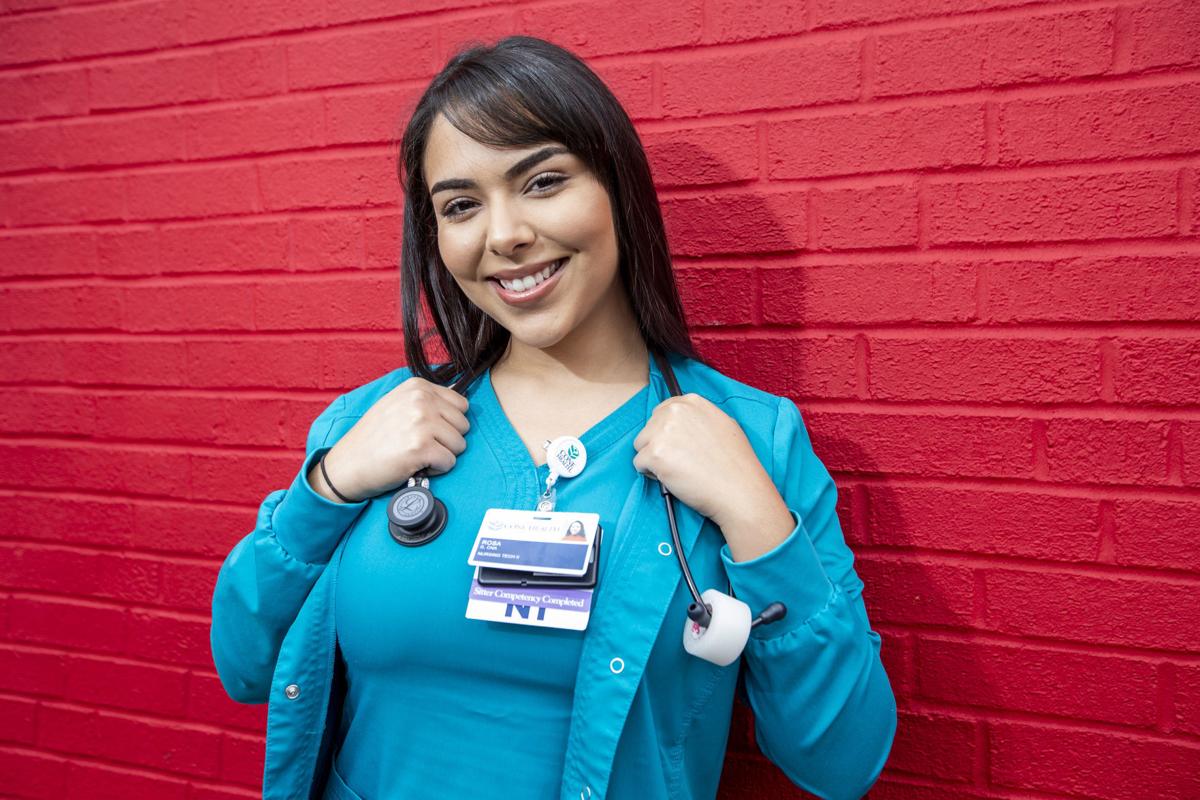 Rosa Gonzalez is a recent graduate of UNCG and works as a CNA at Moses Cone Hospital. in Greensboro, N.C., on Wednesday, May 6, 2020. 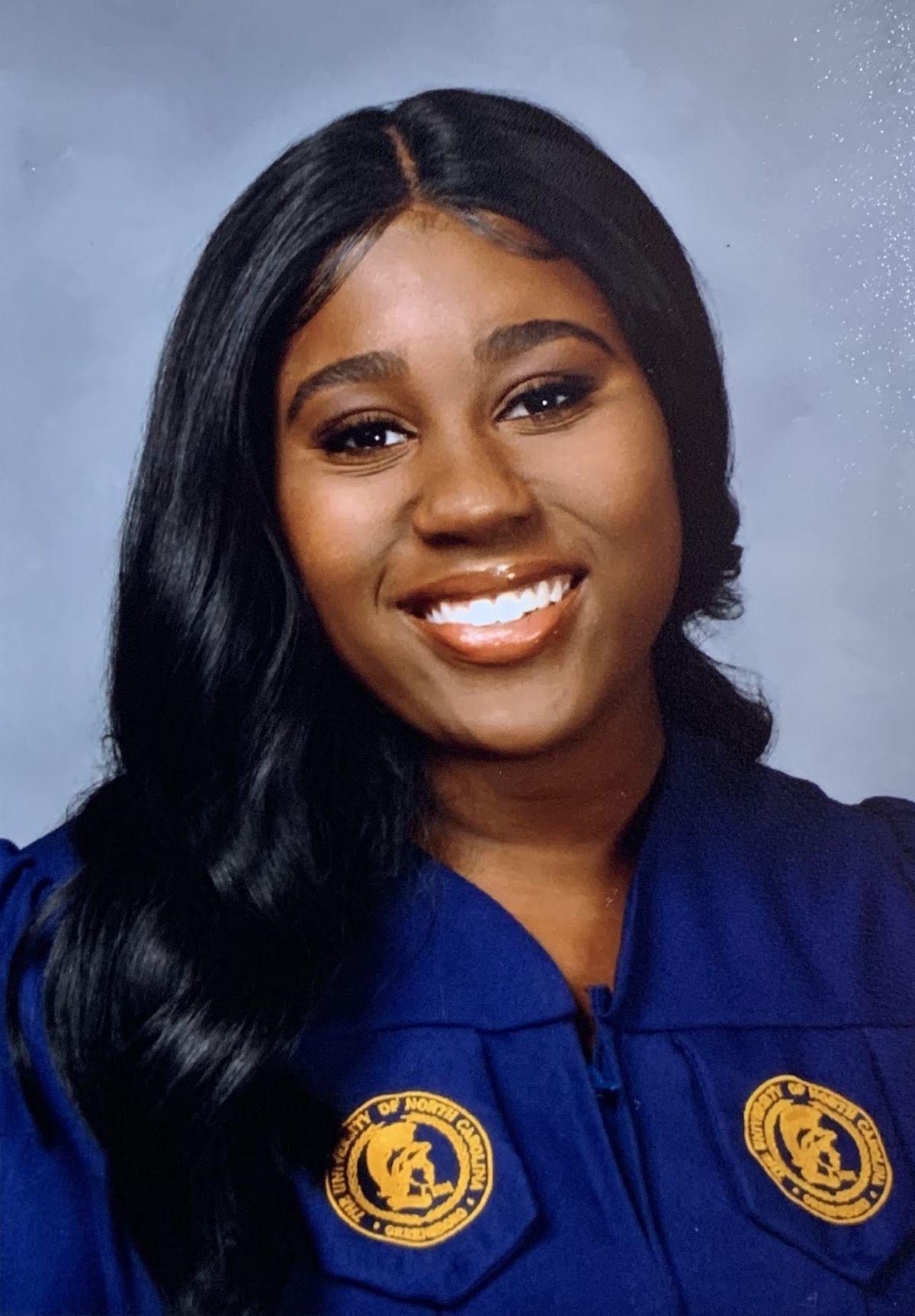 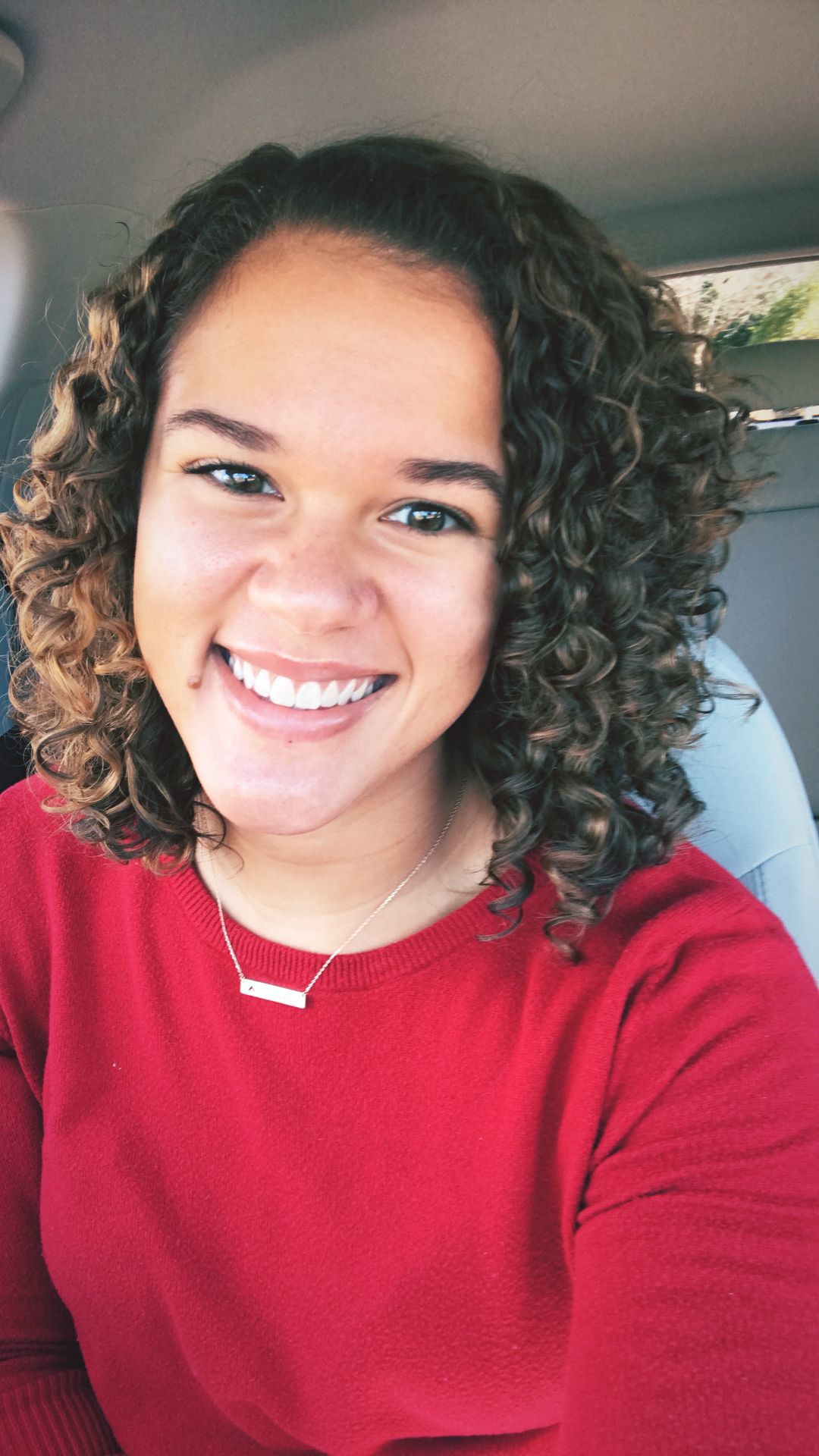 Rosa Gonzalez is a recent graduate of UNCG and works as a CNA at Moses Cone Hospital.

Rosa Gonzalez is a recent graduate of UNCG and works as a CNA at Moses Cone Hospital. in Greensboro, N.C., on Wednesday, May 6, 2020.

Chelsea Carmon was in the middle of performing a nursing preceptorship, a period of hands-on learning under a seasoned professional, when it was called off in mid-March.

It was supposed to be the capstone to her nursing studies at UNCG, “the closest thing to being an RN without having a license.” But with the COVID-19 crisis sweeping through the country, she had to finish coursework virtually.

“The preceptorship really gives you that confidence you need,” Carmon said. “I was able to do a lot of patient care, assessments. Online courses seem fine. But in all honesty, as nursing students we like to be in class, we like to be engaged. We want to learn hands-on. We were really sad about this.”

With graduation this month, though, she and many other nursing students around the Triad will soon head into the field. Some are already there.

Concerns about COVID-19 and the availability of personal protective equipment are top of mind for them, but they are also eager to start their careers.

Faculty report that job offers for students are comparable to years past, though perhaps a bit more numerous as the semester wound down. And many of those students will work with temporary permits issued by the North Carolina Board of Nursing, as the COVID-19 crisis has caused delays in the administration of the NCLEX test, which is required for licensure.

The permits, which are valid for six months, allow those who’ve completed a nursing education program to work under the supervision of a licensed registered nurse.

In March, the Board of Nursing also announced that it would allow students to complete clinical hours remotely.

“We’ve purchased software that simulates the taking care of patients, and promotes critical thinking and decision making,” said Sharon Moore, associate dean of nursing at Forsyth Tech Community College. “And there are some intensive programs that help guide students through those decision-making processes that they would encounter if they had a real human being in front of them.”

Beyond their regular curriculum, instructors and students have been having discussions on how to expand their roles as caregivers in what has turned out to be “the new normal.”

“We’ve talked about safety, but we’ve also talked about how you would manage people dying alone,” said Terry Ward, director of the School of Nursing at N.C. A&T. “We haven’t really had to ramp up anything, but we’ve just had to make sure that we can deliver the same quality. And we’re trying to do everything we can to take care of each other.”

Cecil Holland, associate dean of the division of nursing at Winston-Salem State University, said his school still held its pinning ceremony, which has long been a tradition, though this year it was done virtually.

“Each school has a pin designating where the student graduated from, and getting it is really the culmination of their experience in the nursing program,” he said. “It’s really significant. Typically the student walks across the stage and the faculty pins them (by placing the pin on their lapel or collar).”

However, this year, a significant other or family member pinned the student. Everything was shared on the video platform Zoom.

Rosa Gonzalez, who graduated this semester from UNCG and is planning to specialize in oncology, was supposed to start working on her clinical hours in March, but wound up having to self-quarantine for two weeks after taking a cruise during spring break.

“They ended up canceling clinicals anyway, and we had to find an alternative way to get hours,” she said. “We did the modules online, but it was harder than what it would normally be. It was a lot to deal with. And it is kind of scary, but in the medical field you’re here to help people. And I like knowing I could make a difference in this historic moment.”

Alicia Ambrose, who graduated from Forsyth Tech this weekend and has a background as a nurse assistant, has worked on the COVID unit at Wake Forest Baptist Medical Center.

She said she would advise people readying to enter the field to give themselves some “debriefing time.”

“You have to allow yourself permission to process what is going on,” she said. “You just need that space away from it. For me, I exercise to deal with it. Because it is a lot to handle. But those patients need your help. And you take care of yourself, so you can take care of them.”

In recent weeks, many have dubbed health care professionals heroes, but Carmon said that’s not a term she would apply to herself.

“We’re not heroes,” she said. “This is our job. This is what nurses have done forever. It’s true we’re front-line workers, we do what we do. Nurses are doing their jobs the way they’ve always done them. It’s just now, we’re in kind of an unknown situation.”

Guilford County has now recorded more than 600 cases of the novel coronavirus since early March.