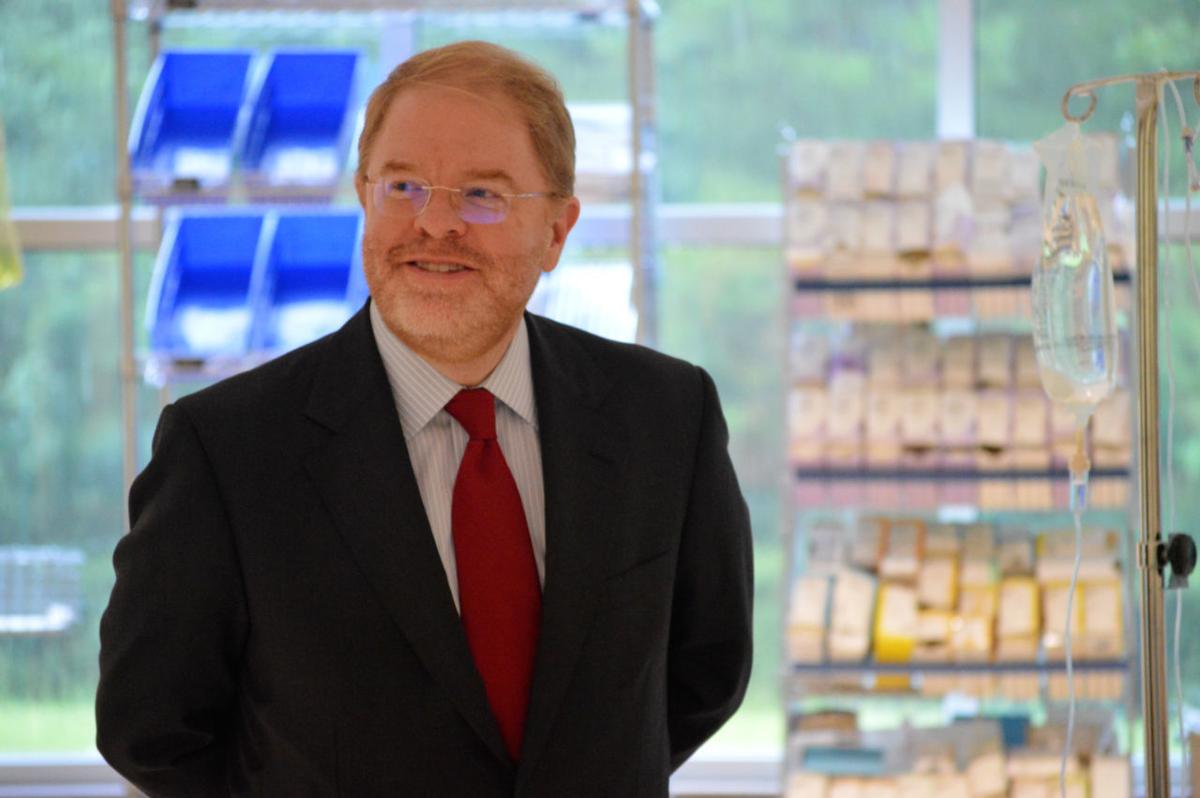 Peter Hans is shown here in 2018 on a visit to the N. Jerry Owens Jr. Health Sciences Building at Rockingham Community College in Wentworth. 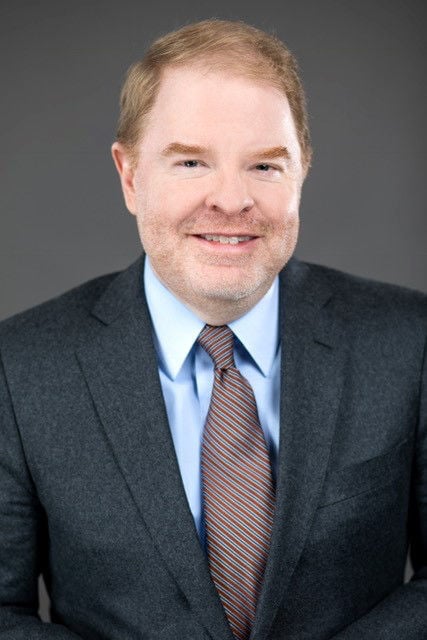 CHAPEL HILL — The next leader of the UNC System is a former chairman of its governing board and current president of the state's community college system.

The UNC Board of Governors on Friday unanimously picked Peter Hans to be the next president of the 17-campus UNC System. The announcement came after two days of meetings of the board's presidential search committee. News of Hans' imminent hire was widely reported Thursday. He'll start work Aug. 1.

The UNC System's governing board gave Hans a five-year deal that pays him $400,000 each year — significantly less than his predecessor as well as some UNC System chancellors. But Hans will be eligible starting in 2021 for an annual performance bonus of up to $600,000 if UNC System schools increase graduation rates, reduce expenses and lower student debt levels.

Hans has been president of the N.C. Community College System for the past two years. Before that, he served on the Board of Governors from 2003 to 2015 when Democrats largely controlled state government and the appointment process. That tenure included two terms as vice chairman and and, from 2012 to 2014, one term as board chairman.

Hans has worked in a number of statewide roles over the years. Hans has served on the State Banking Commission and on the state community college system board. He has been a policy adviser to three Republican U.S. senators from North Carolina. He's currently vice chairman of the board of directors of MyFutureNC, a statewide effort to improve educational attainment.

Hans said Friday he has worked with the past six UNC System presidents dating back to Bill Friday, who retired in 1986. Hans also served as a senior adviser to former system president Margaret Spellings from 2016 to 2018.

A Southport native, Hans got a political science degree from UNC-Chapel Hill in 1991 and later earned a master's degree in liberal arts from Harvard Extension School. Professionally, he has worked in a public policy and government relations practice he formed with former Lt. Gov. Dennis Wicker, a Democrat. The two worked together for years at several N.C. law firms.

Hans said he'll focus his efforts as UNC System president on dealing with the COVID-19 pandemic, improving the state university system that enrolls about 250,000 students, and making a college education more accessible and more affordable. He promised more detailed plans once he takes office in August.

Over the years, Hans has worked with both Democrats and Republicans and gained a reputation as a bipartisan operator.

Board of Governors Chairman Randy Ramsey said he believe Hans will rise above partisan politics, something he said North Carolina residents wanted in the university system's next leader.

"In Peter Hans we found someone who's not particularly partisan," Ramsey said. "Peter is liked across both sides of the aisle. ... We believe what we have is a president that can talk to anyone from any walk of life, from Jones Street to the cornfields of eastern North Carolina."

Board of Governors member Louis Bissette added: "He has a proven record of bringing all kinds of people together, and God knows we need that right now."

"Peter Hans has done tremendous work as president of the N.C. Community College System, and he’s the right choice for UNC System President," Berger, Moore and Cooper wrote. "That we all agree on Peter is a testament to the respect he commands as an able, competent leader."

Hans will replace Bill Roper, the former UNC Health CEO and UNC-Chapel Hill medical school dean who has been the interim university system president since January 2019.

The board put Roper in charge after forcing out Spellings, the former U.S secretary of Education, three years into a five-year appointment. Roper announced in September that he wouldn't seek the permanent job and planned to step down at the end of June. Roper said Friday that he'll stay in his current role until Hans starts work in six weeks.

Hans was one of three finalists considered by the board's presidential search committee, which has been meeting for the past year.

Board member James Holmes noted that Hans proposed the idea of what he called a results-based compensation plan.

"It demonstrates leadership (and) the fact that here's someone who wants to be rewarded when we all succeed," Holmes said.

This isn't the first time that Hans' name had been connected to the job of university system president. The News & Observer reported Thursday that some Republican legislative leaders in 2015 had urged the board to hire Hans to replace Tom Ross, who also was pushed out by the Board of Governors. The board instead appointed Spellings, who was system president from 2016 to 2019.

The UNC Board of Governors will pay incoming UNC System president Peter Hans $400,000 a year plus a possible performance bonus. Here is Hans' annual incentive compensation plan from the employment terms sheet approved Friday by the system's governing board:

"Beginning with the July 1, 2021-June 30, 2020 fiscal year, president will be eligible to receive incentive compensation of up to $600,000 in addition to base salary on an annual basis, based on progress on 3 measurable goals:

"(3) Reduce the average student loan debt of bachelor's degree recipients as a percentage of per capita income.

"Specific goals, metrics, targets and annual benchmarks will be established by the board in consultation with the president. Annual incentive will be payable to the president by October 1 following the end of the fiscal year. President must be in service at the time the incentive is paid."

Editor's note: This story has been changed since it was originally published Friday morning to include new details, additional comments and editing throughout.

The Syllabus: The grand reopening, or what local colleges plan to do in the fall

Colleges in and around Greensboro and Winston-Salem are planning to reopen their campuses in August and resume face-to-face instruction.

Writing the next act for UNC School of the Arts: Brian Cole named permanent chancellor

Brian Cole has been the interim chancellor of the Winston-Salem arts school since Aug. 1.

Twelve of the 16 state universities had asked to raise in-state undergraduate tuition for the 2020-21 academic year. In-state tuition will remain frozen for the third straight year.

If colleges close their dorms early again, some N.C. students might not get housing refunds

Two UNC System schools, including UNCG, have told students that they might not get back a pro-rated portion of their campus housing fee if they close campus early because of COVID-19.

Clark is owner and president of Guy M. Turner, a Greensboro crane and rigging company, and a member of N.C. State's Board of Trustees.