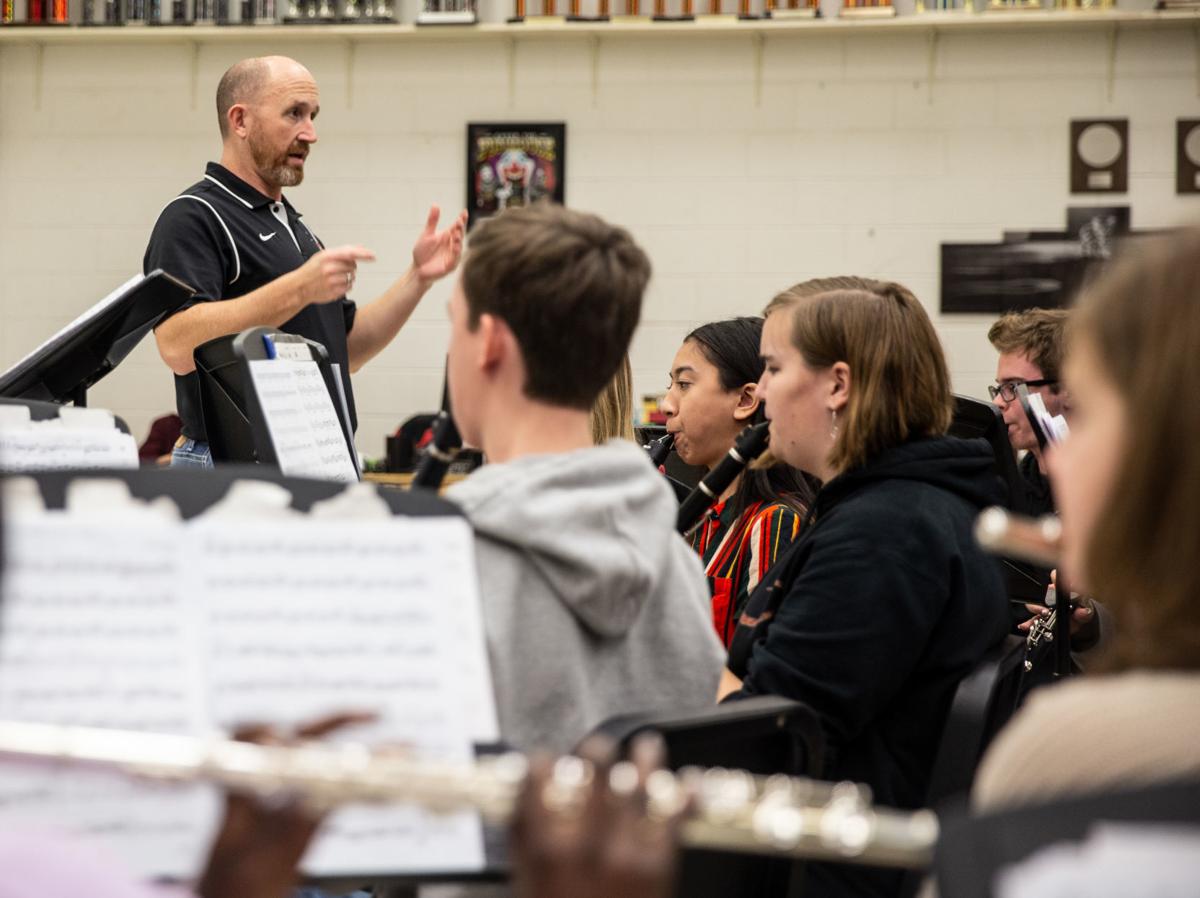 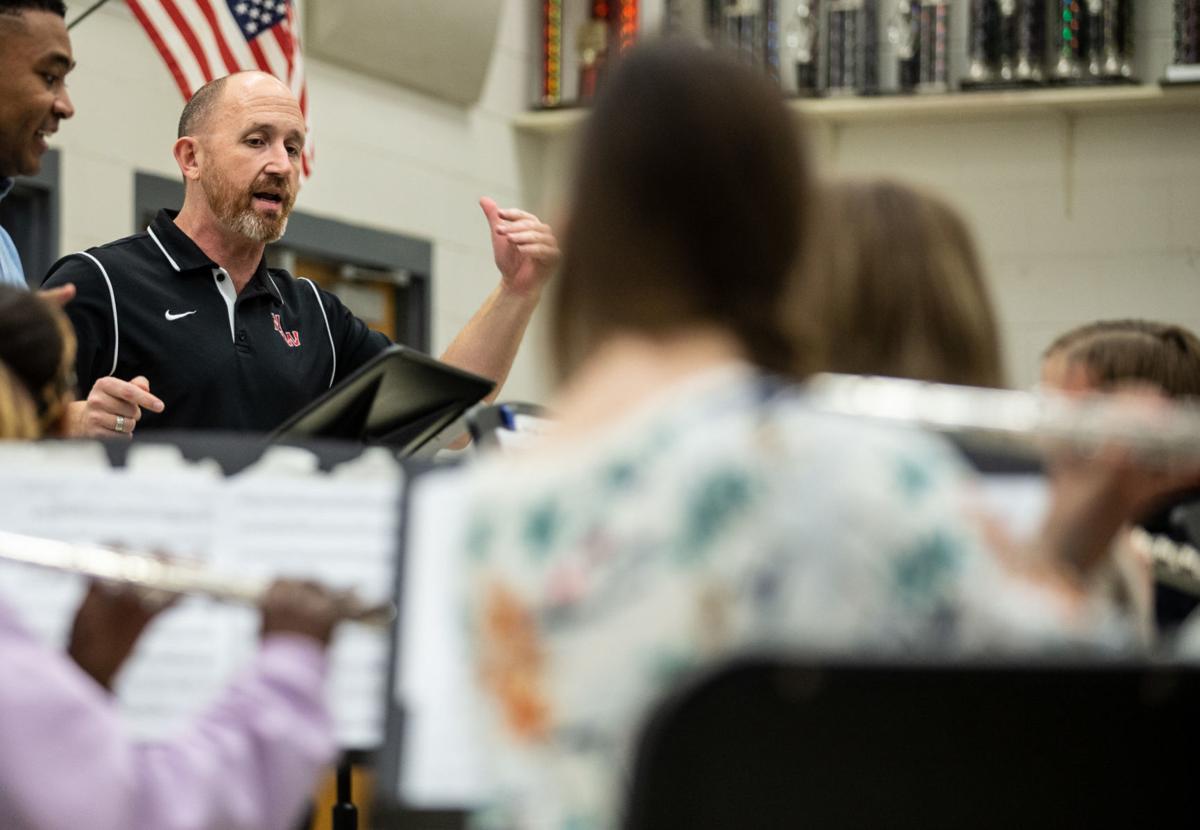 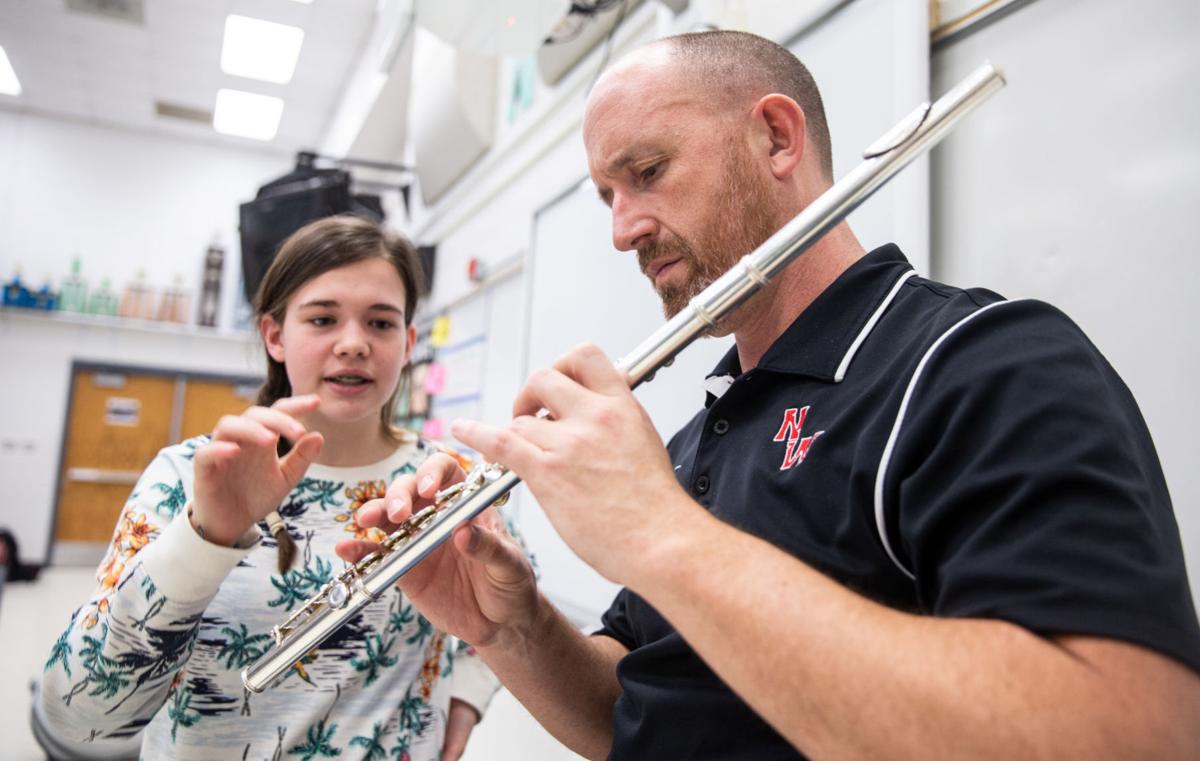 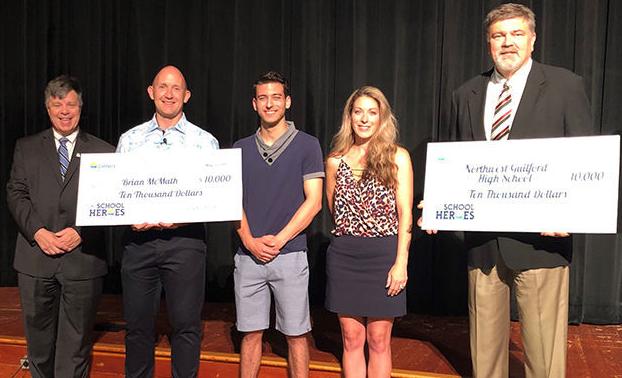 Through March 15, North Carolina residents can nominate a school employee hero and potentially win $10,000 each for the staff member and their school and $1,000 for themselves, thanks to the North Carolina Education Lottery.

Last year, the community trumpeting Brian McMath’s virtues as Northwest Guilford High School’s band director helped him win $10,000 and another $10,000 for the band. Parent Anna-Liv Deardorff won $1,000 for nominating him.

The lottery posts accepted nominations to its website and the public can vote for their favorites. Like last year, judges will select 10 winners from the top 200 vote-getters based on the content of the nominations. Nominators are asked to write a message or story explaining why the person is a hero and can include a photograph.

More than 80 people in Guilford County have been nominated so far.

Along with McMath, last year’s honored heroes included a principal, two teachers, a teacher assistant and substitute bus driver, a school custodian, a cafeteria manager, a high school basketball coach, a school crossing guard, and a school social worker, according to the lottery.

When Deardorff nominated McMath for the award she called him “the definition of a hero to our family.”

She wrote that when her son was injured in an accident, it felt like more than he could handle to realize that he might not ever be able to play his trumpet the same way again. Yet McMath taught him to use music as therapy to manage his pain while healing and inspired him to continue to play jazz gigs, she wrote.

McMath said that Deardorff’s compelling narrative about him was a big reason behind the win, plus the way that band members and their friends and family rallied around voting for him.

When he was first nominated, he said, he asked the school’s principal whether the school winnings would be used for the band or something else, if he won. Principal Ralph Kitley told him the winnings would go to the band, he said.

“It was this really wonderful experience to have so many people voting for us, cheering us on, trying to win this money for the program,” McMath said.

He said that with the band’s money so far, they have bought a variety of equipment including a set of 25 or so new music stands, percussion equipment, and flag poles for the flag corps. He said he’s tried to make purchases that are widely beneficial, across the band, since basically everyone pitched in to help with the voting. McMath said the majority of that account is spent, as well as the money he received.

With his personal money, McMath said, he’s paid off his student loans — after 23 years of teaching. The money also helped pay for his trip to Europe on a group educational tour with a couple of other adult chaperones and a handful of Northwest High students

“To see them see the world is one of my favorite parts,” he said.

How to nominate a school hero

You can nominate or vote for a school hero at www.ncschoolheroes.com.

Voting is open through March 15. Winners will be announced by May 6.

Guilford County Schools said a little more than half of sixth- and seventh-graders and close to 40 percent of eighth-graders are taking advanced math classes.