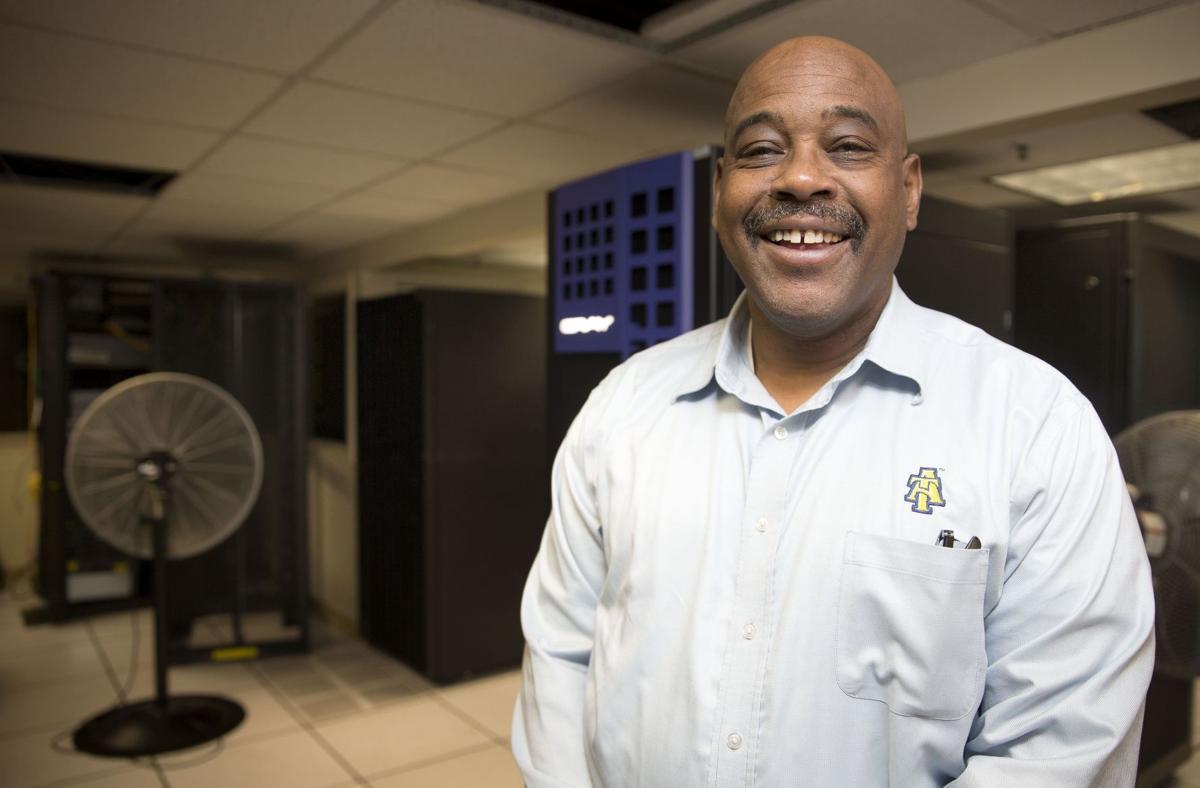 Cameron Seay, an assistant professor of information technology at N.C. A&T, is leading a five-year effort to create an apprenticeship program to train people to work on mainframe computers. “Getting people into IT jobs — that’s the main thing,” Seay said. 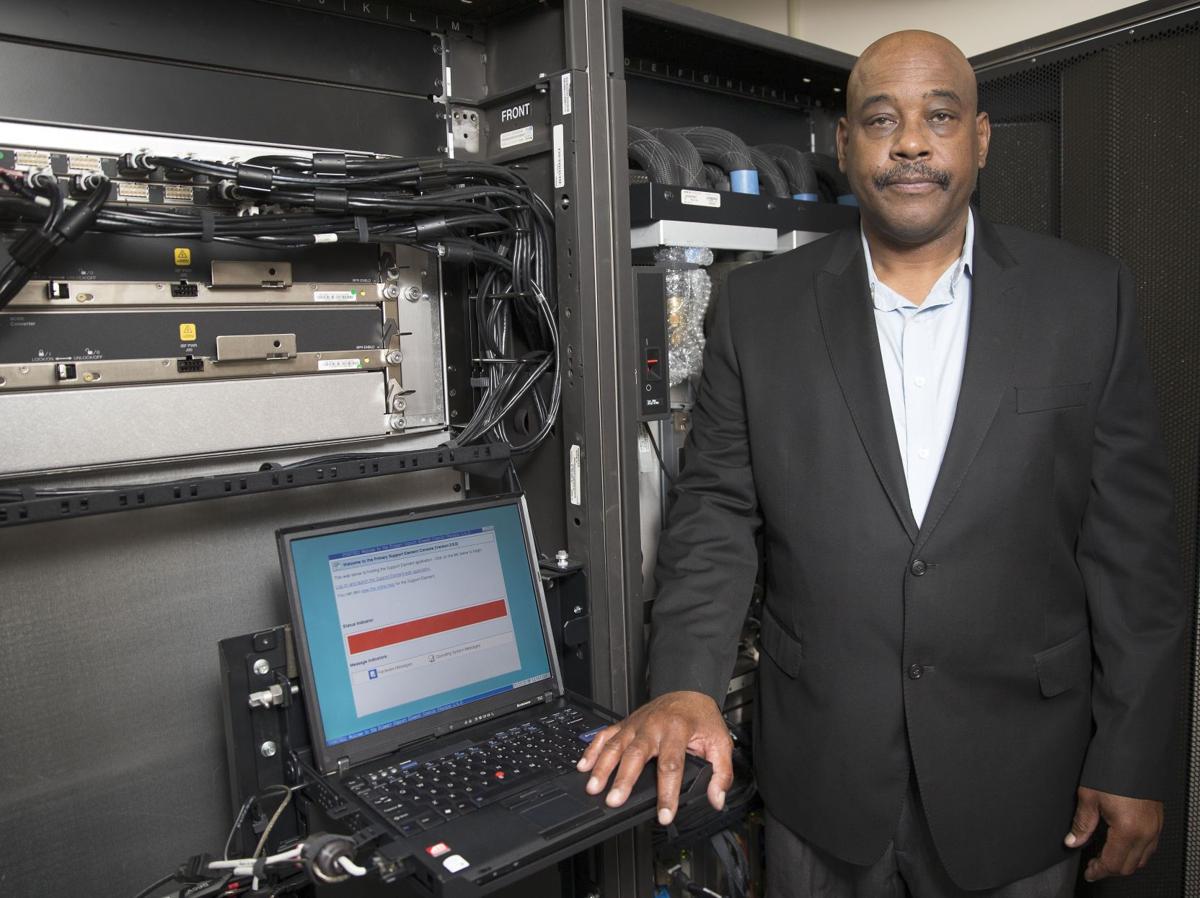 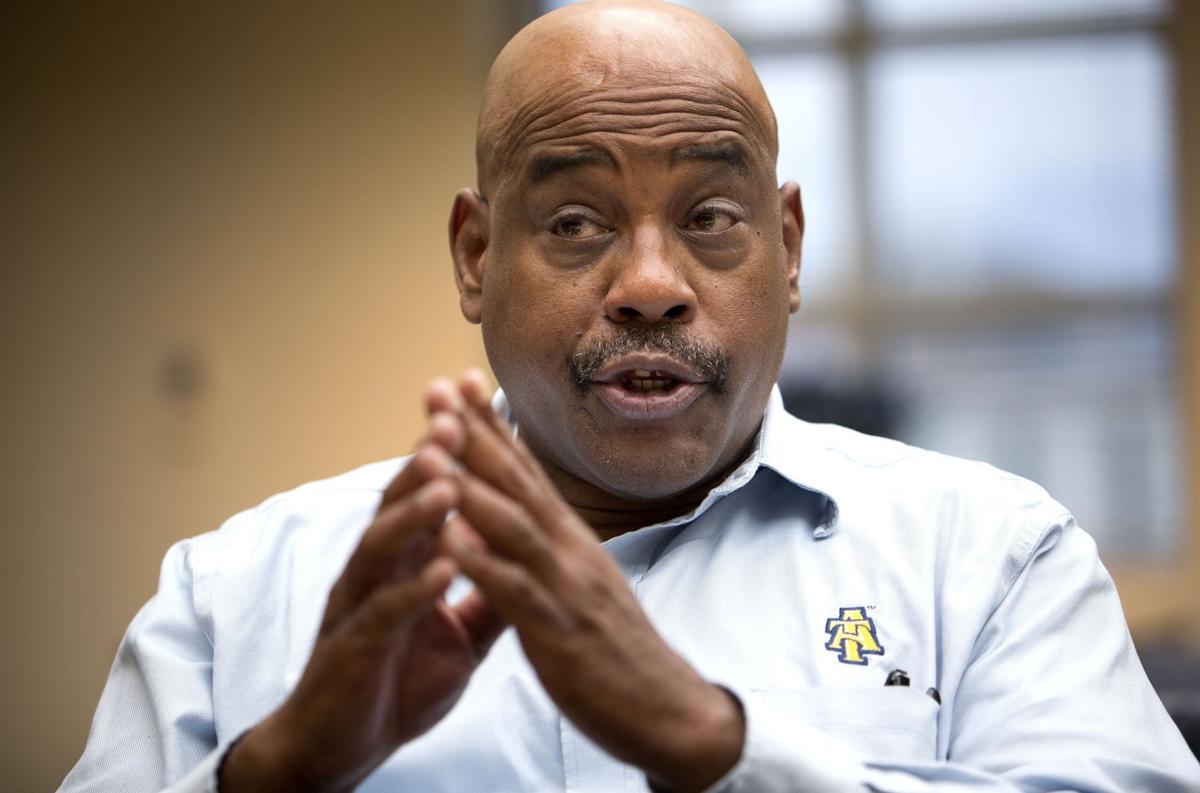 Cameron Seay, assistant professor of information technology at N.C. A&T, is leading a five-year effort to create an apprenticeship program to train people to work on mainframe computers.

Cameron Seay, an assistant professor of information technology at N.C. A&T, is leading a five-year effort to create an apprenticeship program to train people to work on mainframe computers. “Getting people into IT jobs — that’s the main thing,” Seay said.

Cameron Seay, assistant professor of information technology at N.C. A&T, is leading a five-year effort to create an apprenticeship program to train people to work on mainframe computers.

GREENSBORO — When computers were first built, they were huge machines that took up entire rooms.

As computers got faster, they got smaller, and these new microcomputers threatened to replace these larger machines called mainframes. But the mainframes have hung on through the years.

Sensing a need to train programmers for mainframes, N.C. A&T two years ago became the first school in the UNC system to offer a bachelor’s degree in information technology that focused on mainframe computing.

The university has parlayed its niche into a multimillion-dollar federal contract. A&T this fall signed a five-year, $7.5 million contract with the U.S. Department of Labor to develop an apprenticeship program to train thousands of people to work on mainframes.

“It’s a big project,” said A&T professor Cameron Seay, who’s leading the project. “It’s hard to get our hands around it, but we will.”

The Labor Department contract will pay for seven professors from three different A&T departments to work part time on the project. It also will let Seay hire three graduate students to work full time. The contract also covers training sessions, recruiting efforts for apprentices and companies willing to hire them, and subcontractors who will assist with various parts of the project.

It’s an important undertaking, Seay said. When smaller, cheaper computers came on the market in the 1980s, many colleges and universities retooled their computer science programs to focus on this new technology.

But mainframes survived. These computers are still enormous — they are roughly the size of two refrigerators shoved together — but they’re fast, hardy and tough to hack. They’re designed to process thousands of transactions per second, which is why most of the world’s largest banks, airlines and insurance companies and many big U.S. retailers still rely on them.

Over the years, the pipeline for new mainframe programmers has slowed to a trickle. A&T, for instance, is one of only a handful of U.S. universities where students can learn directly on a mainframe.

“The industry knows the need. Everybody who works in it is over 50,” Seay said. “I know shops that have 80 percent of their people within five years of retirement. Some of them, it’s 100 percent. The need is acute.”

IBM has a keen interest in filling these jobs: The company has dominated the mainframe market for years. It introduced a new model, the z13, a year ago. It’s aimed at new markets like midsize banks, credit unions and health care companies.

To meet this need for mainframe programmers, IBM has its own global program to recruit and train people. The company will work with A&T on the new apprenticeship program.

“These are the roles that are essential in our current economy, but that many employers are struggling to fill,” Stowell said.

These apprenticeships aren’t internships, Seay said. These are full-time paying jobs that usually lead to a better-paying job when the apprenticeship ends. Apprentices usually are paid half of what regular workers are paid. Seay said his former students typically start at $70,000 a year and up.

The apprenticeship program that A&T will develop hopes to increase the number of women and racial and ethnic minorities in the tech ranks. Seay said the program also will look to recruit disabled people and military veterans.

Seay said there’s interest in learning about mainframes. The class he teaches in mainframe computing hits its limit of 30 students each semester. There’s usually a waiting list.

“Getting people into IT jobs — that’s the main thing,” Seay said. “There’s too much talent that’s going to waste.

The Syllabus: Getting into college

It’s a stressful time of year for college seniors. A few of them are already getting their acceptance (or rejection) letters from colleges. Ma…

GREENSBORO — An N.C. A&T alumnus has given the university $1 million to support scholarships and efforts to fight Alzheimer’s disease.The …

GREENSBORO — Attending N.C. A&T next year will get more expensive, and some students will feel it more than others.The university’s board …