RALEIGH — Low-performing schools around North Carolina are being put on notice that they need to improve their academic performance over the next few years or else they could be turned over to an outside group such as a charter school operator. 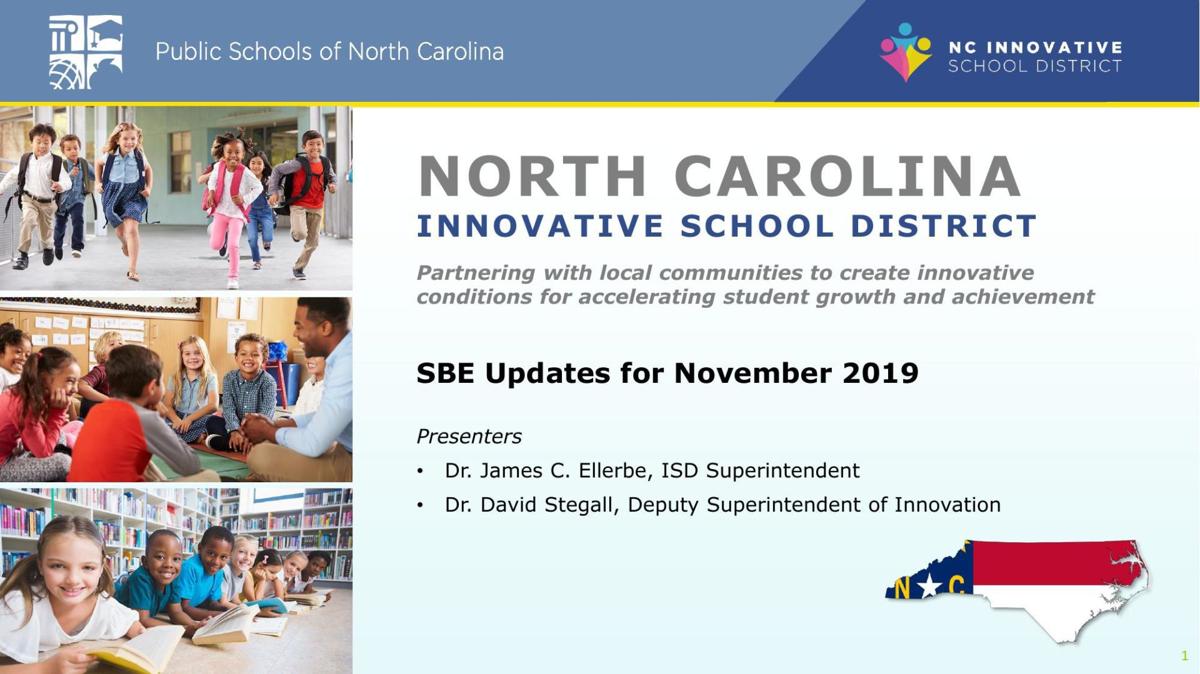 Forsyth County had the most schools of any district on the list at eight, followed by seven in Nash-Rocky Mount and Guilford County. Charlotte-Mecklenburg had four schools: Ranson Middle, Druid Hills Academy, Bruns Avenue Elementary and Allenbrook Elementary.

The Guilford County schools that made the list are:

The new list is the latest attempt to try to reshape a program that has gotten off to a rocky start.

The Innovative School District was created by Republican state lawmakers in 2016 to take up to five low-performing elementary schools away from local school district control and turn them over to an outside group to run.

Supporters of the program say it's a way to help raise student achievement. But critics say the model, which has been used in other states, is a way to privatize education.

Southside Ashpole Elementary School in Robeson County is the only school in the district and ended the program's first year with an "F" grade, not meeting academic growth and a drop in the percentage of students passing state exams.

Lawmakers change how schools are picked

Under state law, four more schools were to be added to the district for the 2020-21 school year. But after lobbying from the State Board of Education and State Superintendent Mark Johnson, lawmakers passed a bill that says no schools have to be added for next school year.

"We all agreed that we were not ready for another school to be entered into the ISD next school year," Cecilia Holden, legislative director for the state board, said at Thursday's meeting. "The General Assembly listened."

Senate Bill 522 will become law on Monday unless Gov. Roy Cooper vetoes the legislation. State education officials were hopeful Thursday that the bill will not be vetoed.

The automatic selection comes after some communities have fought against their schools being taken over.

Senate Bill 522 also creates the new multi-year system for determining which schools will be added in the future. It also expanded the schools eligible for takeover to include middle schools and high schools.

The five lowest performing schools that were on the warning list the previous year and were also on the qualifying list for four years in a row would be automatically turned over the Innovative School District.

James Ellerbe, the superintendent of the Innovative School District, said he had spoken to the superintendents of the 30 school districts who have schools on the list. Ellerbe said he will work with the 69 schools to try to help them improve their performance so they can get off the qualifying list.

Clarification: The initial story from the News & Observer of Raleigh said that six Guilford County schools were listed. Further examination of the list found that Welborn Middle had been left out,, bringing Guilford County's total to seven.