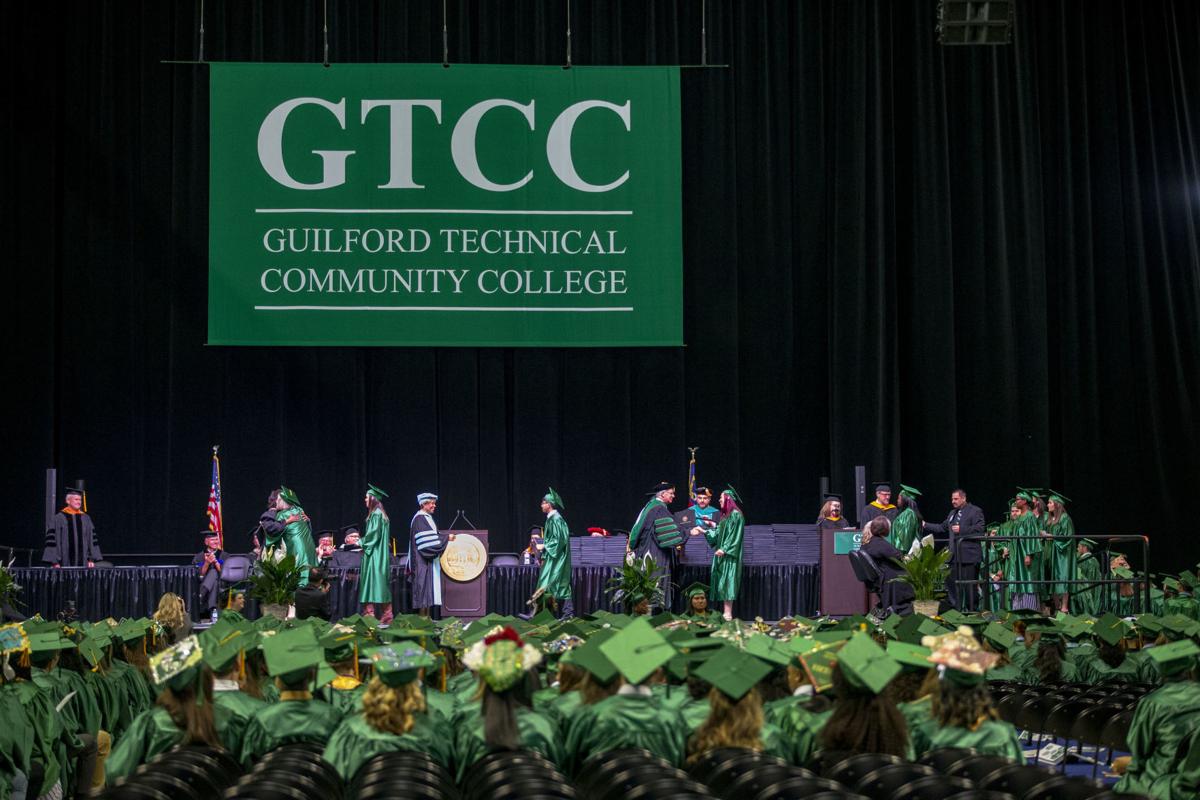 Graduates walk across the stage during GTCC's commencement at the Greensboro Coliseum on May 9, 2019. 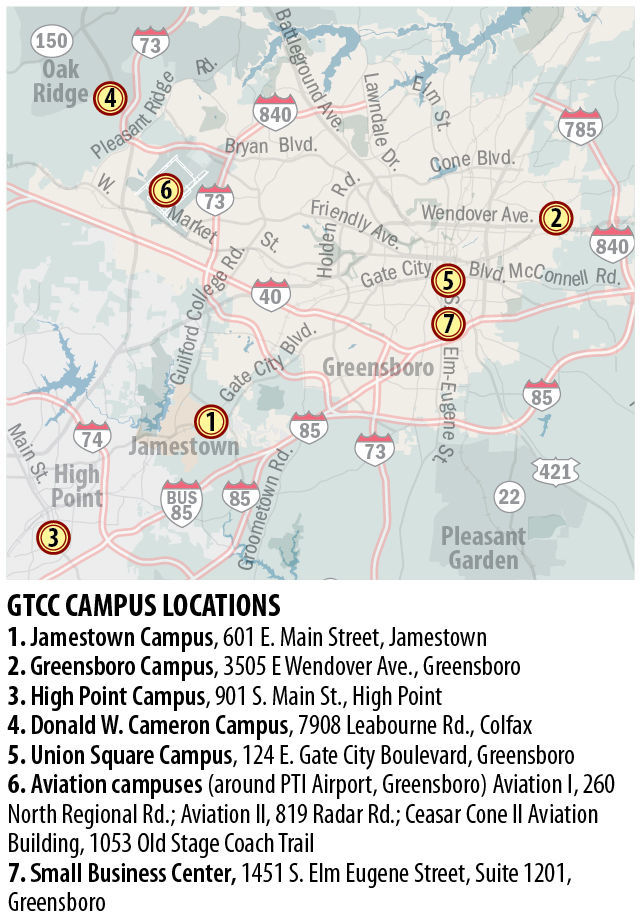 Graduates walk across the stage during GTCC's commencement at the Greensboro Coliseum on May 9, 2019.

HIGH POINT — GTCC leaders plan to ask Guilford County commissioners next week if they would consider a bond issue to pay for new college buildings and other campus improvements.

The college’s board of trustees approved a prioritized list of 15 projects Thursday totaling $151.2 million that would add new facilities to five GTCC campuses throughout Guilford County.

The college’s two top requests: a new two-story lab and classroom building at its Aviation Campus at Piedmont Triad International Airport, and a truck driving pad and a storage and classroom facility for a new truck-driving program to be located at the Greensboro campus.

“There are jobs associated with those first two items — good-paying jobs,” Chairman George Ragsdale said at the board of trustees’ meeting at GTCC’s High Point campus.

The next items on the board’s list of priorities: a new three-story classroom and student services building on the High Point campus and renovations of four older academic buildings at GTCC’s main campus in Jamestown.

Further down the college’s wish list — construction and renovation projects that the college hopes to do over the next 10 years — are a new public safety training facility at the Cameron Campus in Colfax; a new student services building at the Greensboro campus; library renovations, a new academic building, an addition to the hospitality careers building and a second heating and cooling plant at the Jamestown campus; land acquisition; and completion of the Center for Advanced Manufacturing near the Jamestown campus.

GTCC President Anthony Clarke said the list approved by trustees Thursday is based on the list that trustees compiled a year ago. Clarke said he approached county leaders with the idea for a bond issue for the college last fall, shortly after he started work as the college’s eighth president. About that same time, Guilford County school and government leaders began talking about ways to build and renovate the county’s public schools.

Clarke told trustees that county leaders have been “receptive” to the idea of a bond for GTCC improvements. He will present commissioners with a proposal at their retreat Monday.

“If the county’s looking at improving the educational system for the next decade and beyond, then I think it’s appropriate that they look at the college,” Clarke said.

Guilford County Schools has said it would cost more than $2 billion to modernize its buildings. Included in that proposal, unveiled in November, are construction of seven new campuses, replacement of 22 schools on their existing sites and full renovations of 19 schools.

GTCC’s last county bond issue came in 2008. The college used a portion of the $79.5 million approved by voters to build the Cameron Campus, the third building at the Aviation Campus and a parking deck at the Jamestown campus. Money also went to renovations and land purchases near existing GTCC campuses.

The college is using proceeds from a 2016 state bond issue to renovate the Medlin Campus Center on the Jamestown campus.

Read more on GTCC's list of projects at The Syllabus, the News & Record's higher education blog.

Like Guilford County Schools, the county's community college wants money for construction and renovation of its campus buildings.

In less than two years, a state program has awarded 3,300 grants of less than $1,000 each to help community college students stay in school and get their degrees.

GTCC to add to its High Point campus

At GTCC, aged Medlin Campus Center to get the 'wow factor'

The employees, most of them faculty members, can't return to campus until at least March 23. None are suspected of having coronavirus.