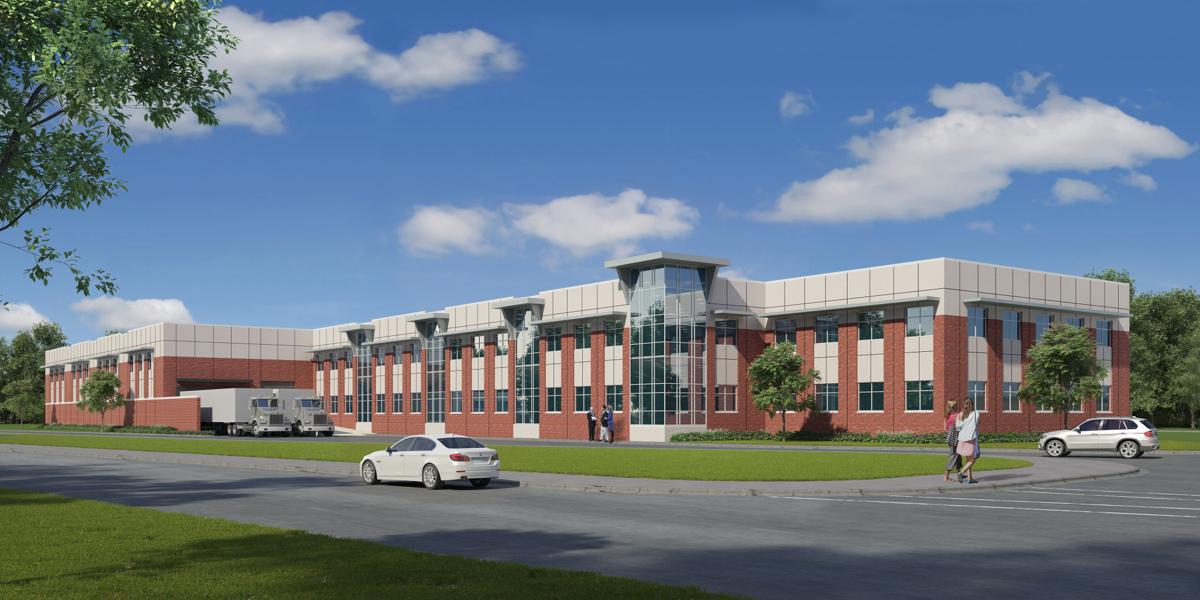 This is an architectural rendering of the planned third building on the south campus of the Gateway University Research Park in Greensboro. East Gate City Boulevard is in the foreground. 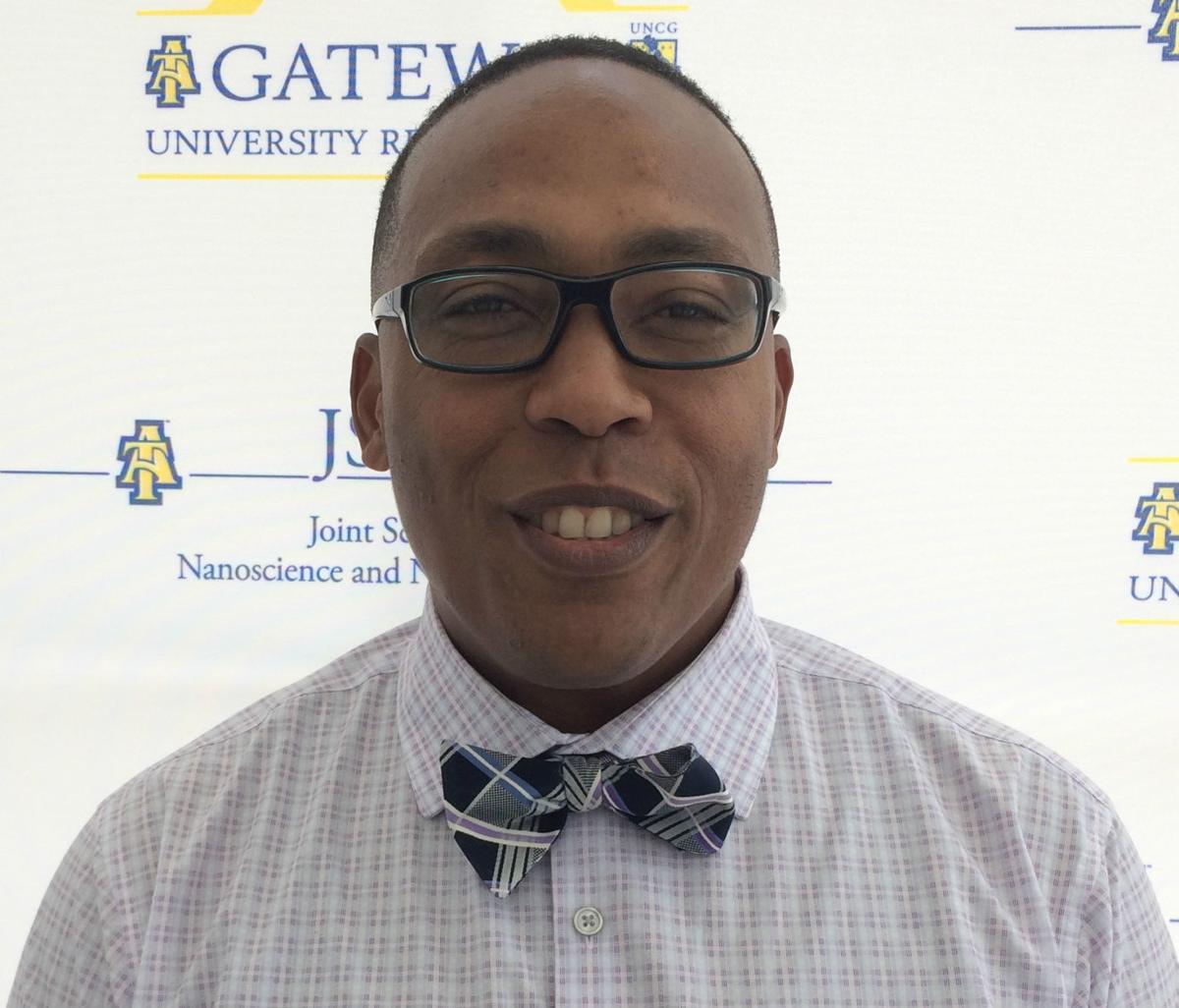 GREENSBORO — A decade ago, Geoff Foster opened a plastics company in the garage of his Greensboro home.

Next summer, Foster expects to move his company, which now runs around the clock to make plastic parts for cars, tractors and other consumer products, into a brand new building on the south campus of the Gateway University Research Park.

City and local university leaders formally broke ground Monday on the project, which will be the third building at the research park along East Gate City Boulevard.

N.C. A&T and UNC-Greensboro share ownership of the two-campus research park and operation of its most prominent tenant, the Joint School of Nanoscience and Nanoengineering. Greensboro City Council voted last month to spend $1.2 million on the project.

The third building will cost close to $12 million, cover about 72,000 square feet and rise along Gate City Boulevard next to the Joint School. Foster’s company, Core Technology Molding Corp., will occupy about a third of the new building. John Merrill, the research park’s executive director, said he’s working to recruit other firms for the remaining space.

Merrill said construction could begin as soon as late August. The building’s scheduled to open in August 2018.

City leaders called the project a boon for the city and especially the east side of Greensboro. Councilwoman Sharon Hightower, whose house backs up to the research park, said she has seen a dramatic transformation of the site — formerly part of A&T’s farm — over the past decade.

“This particular project,” she added, “will be a stellar transformation.”

For Foster, the president and CEO of Core Technology Molding, the new building represents the next step in the dramatic rise of his company.

When the business took off in 2007, Foster opened a facility in High Point that operated on a single shift. As business continued to grow, the facility went to five shifts and pumps out injection-molded plastic parts around the clock.

Among the company’s products are plastic trim for all BMW cars made worldwide; steering column and mulch covers for Husqvarna tractors; lids and bowls for Rubbermaid food storage containers; and tubes and filters used by Merck to make chicken pox and shingles vaccines.

The company now employs 25. After the move to this larger space in Greensboro, Foster expects to expand to 50 employees, maybe more.

For Foster, the company’s relocation is a sort of homecoming. It’s near A&T, where Foster earned bachelor’s and master’s degrees. (He also got an MBA at Wake Forest University.) He has taught an applied engineering course at A&T for the past decade.

Foster has brought on board A&T students and graduates as interns and full-time employees. And many of his employees live near the new site.

“There are just a lot of synergies here,” Foster said. “It all made sense.”

Core Technology Molding Corp. will move to the new site with help from a $1.2 million economic development investment grant from Greensboro.

The 70,000-square foot facility will be the headquarters of an injection molding company.

An artificial bait made in the lab could replace forage fish that fishermen have used for eons to catch crustaceans.

Nanoschool's founding dean will step down

James Ryan was the first dean of the Joint School of Nanoscience and Nanoengineering in Greensboro.

A contractor who placed the noose as a joke has been fired.

Sherine O. Obare will start Jan. 14 as the dean of the Joint School of Nanoscience and Nanoengineering in Greensboro.

A new name for the Greensboro joint venture of N.C. A&T and UNCG: Gateway Research Park

It's now "Gateway Research Park." It also has a new logo and web address.