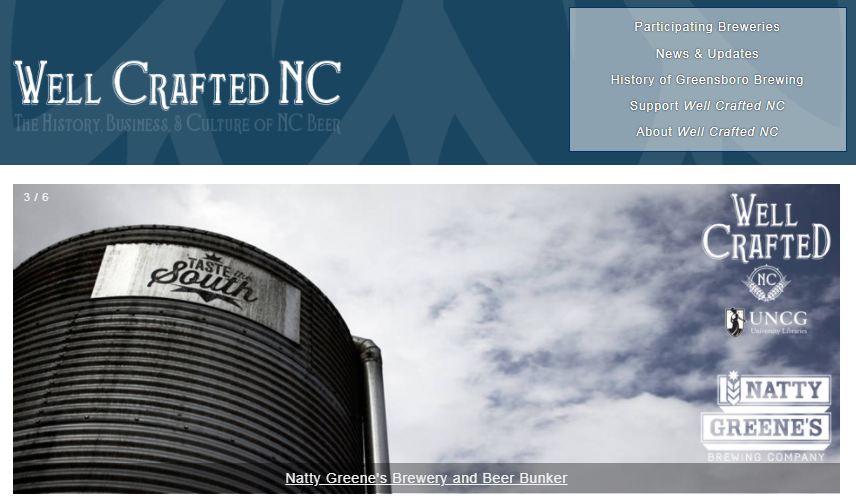 A screenshot of the Well Crafted NC website at wellcraftednc.com 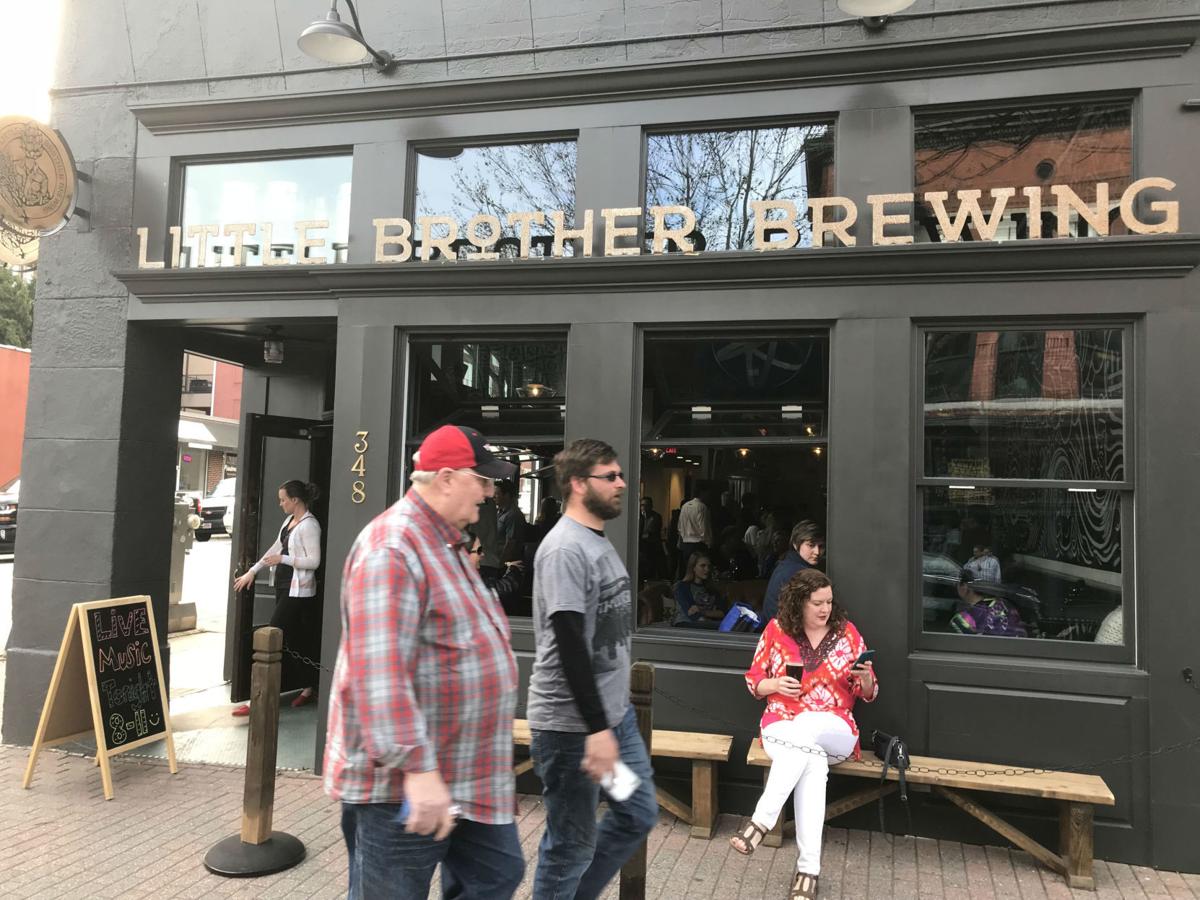 Little Brother Brewing, a brewpub on South Elm Street in Greensboro, is shown during First Friday on April 6, 2018. Two other saloons operated at this site near the turn of the 20th century. 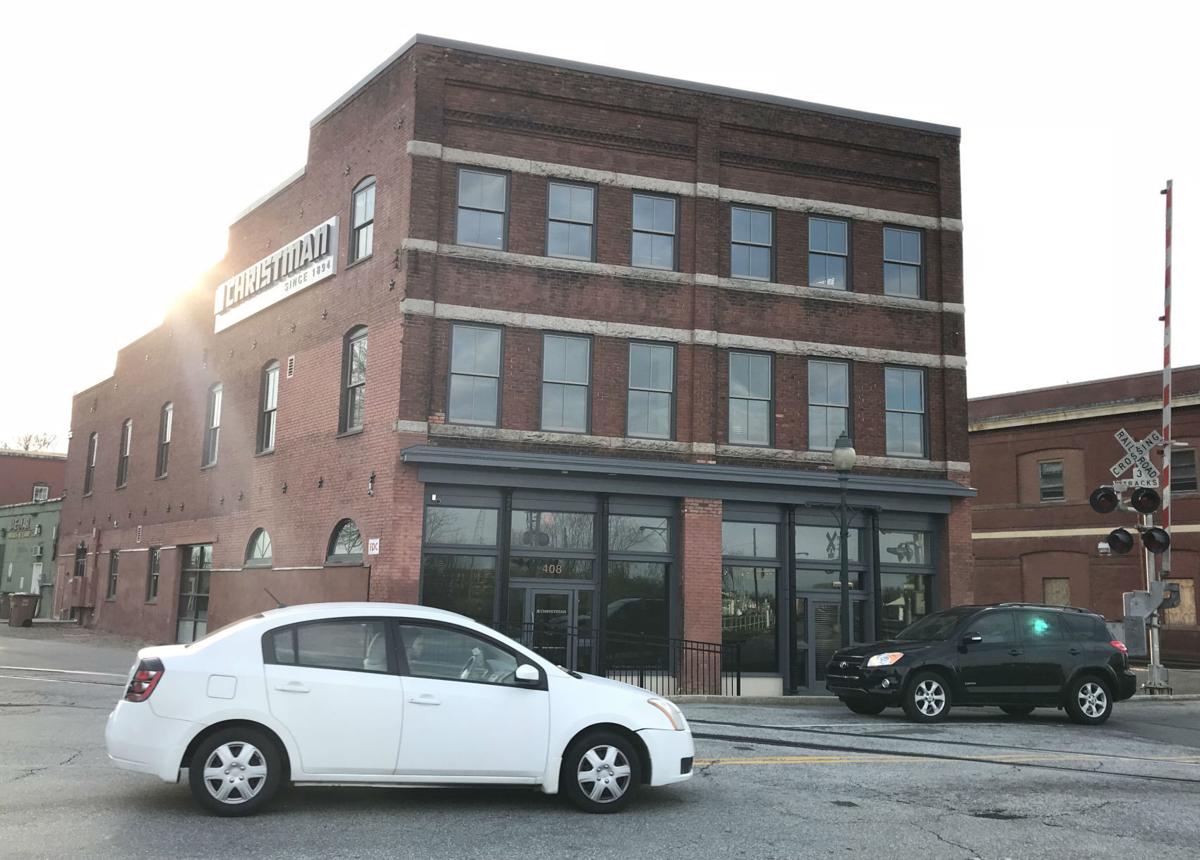 The Cascade Saloon building on South Elm Street opened in 1896 as Greensboro’s first saloon. It had multiple tenants over the years and was eventually abandoned. After extensive renovations, the 122-year-old building recently reopened not as a brewpub but as the Greensboro headquarters of a national construction firm.

A screenshot of the Well Crafted NC website at wellcraftednc.com

Little Brother Brewing, a brewpub on South Elm Street in Greensboro, is shown during First Friday on April 6, 2018. Two other saloons operated at this site near the turn of the 20th century.

The Cascade Saloon building on South Elm Street opened in 1896 as Greensboro’s first saloon. It had multiple tenants over the years and was eventually abandoned. After extensive renovations, the 122-year-old building recently reopened not as a brewpub but as the Greensboro headquarters of a national construction firm.

The Triad’s first brewery opened in Salem in 1774 — long before Salem was paired with Winston, long before Greensboro came to be, long before there was even a Triad.

Greensboro didn’t get its first brewpub for another 216 years — and it wouldn’t be until 2004 that one opened and stuck around for a while.

A new online project by UNC-Greensboro Libraries — Well Crafted NC — documents the history, culture and business of North Carolina brewing with a focus on Greensboro. This digital project is now live online, and it gets its official launch Saturday afternoon at a downtown brewpub.

“Brewing is a really — I don’t want to say fashionable — but it’s in a golden age, a renaissance,” said Richard Cox, one of the project’s three creators.

The project documents the state laws that have governed both beer and brewpubs. There’s a timeline of key dates in North Carolina brewing history, starting with the opening three centuries ago of Single Brothers, a brewery in Salem (now Winston-Salem).

The project details the taverns that opened in downtown Greensboro in the late 19th and early 20th centuries. Cox has counted close to 20 during that period. Two of those early bars — the C.C. Shoffner Saloon and, later, the J.R. Stewart Saloon — occupied the same building as Little Brother Brewing, where Saturday’s launch party will be held.

The centerpiece of the online collection is made up of the company archives of five current Greensboro breweries — Gibb’s Hundred, Joymongers, Little Brother, Natty Greene’s and Preyer. UNCG librarians collected photos, posters, logos and labels from each brewery and recorded video interviews with the company founders.

Cox said he’s talking with four other local breweries about including them in the library’s collection.

The project grew out of another UNCG Libraries project called Hop Into History. At monthly pop-up events at Gibb’s Hundred, librarians would show off items from the UNCG archives and answer questions from curious pub patrons.

After a while, Cox said, the librarians wondered if someone was documenting the history of Greensboro’s brewpubs, which are growing quickly in both number and size.

The answer was no, so the librarians decided to do it.

“Corporations have archives,” Cox said in a recent telephone interview. “Small businesses like this don’t, and they don’t have the means to do it. …

Radiah Minor of A&T and Mike Perko of UNCG are the two local winners for 2018.

The Greensboro native won gold and silver medals in speedskating at the 2006 Winter Olympics in Turin, Italy.

The Syllabus: The UNCG alum who styles the stars

‘Dressing the 99 percent of us’: UNCG’s apparel program celebrates 100 years

UNCG's first students were taught how to sew. More than a century later, the Consumer, Apparel, and Retail Studies department introduces students to the complex global clothing industry.

What: Launch event for Well Crafted NC, a UNCG Libraries project that documents the history, culture and business of North Carolina beer and brewing.

1905: A new state law bans alcohol in cities and towns of more than 1,000 people. North Carolina prohibition persists until 1935.

1991: Spring Garden Brewing opens the city’s second brewpub near Guilford College. The brewpub has closed, but brewing operations — now under the Red Oak Brewery name — moved to Whitsett in 2007.

2014: Greensboro City Council allows microbreweries to open outside of industrial areas. Since then, at least five small breweries have opened in or near downtown.

GREENSBORO — A UNCG student has tested positive for tuberculosis, according to an email from the school.