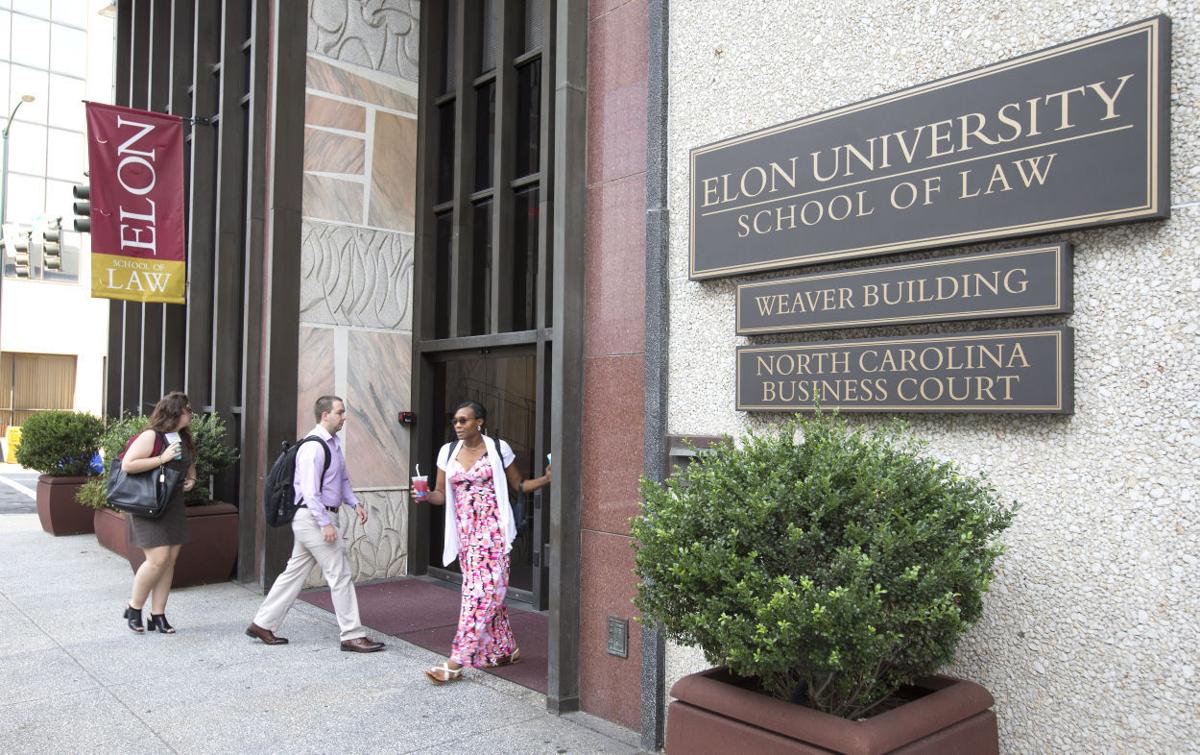 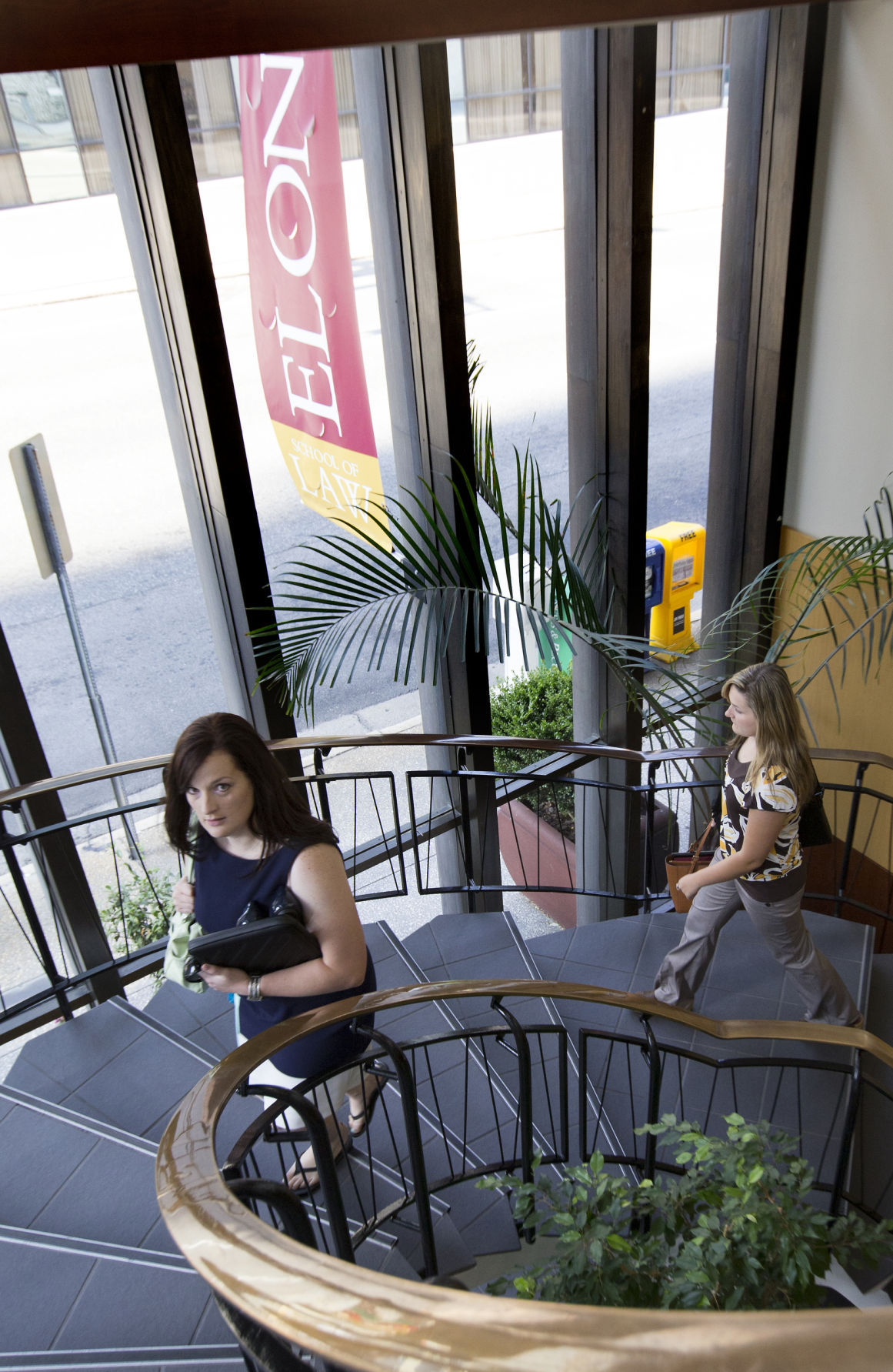 Elon University School of Law in Greensboro is experiencing an increase in enrollment following several years of declines. 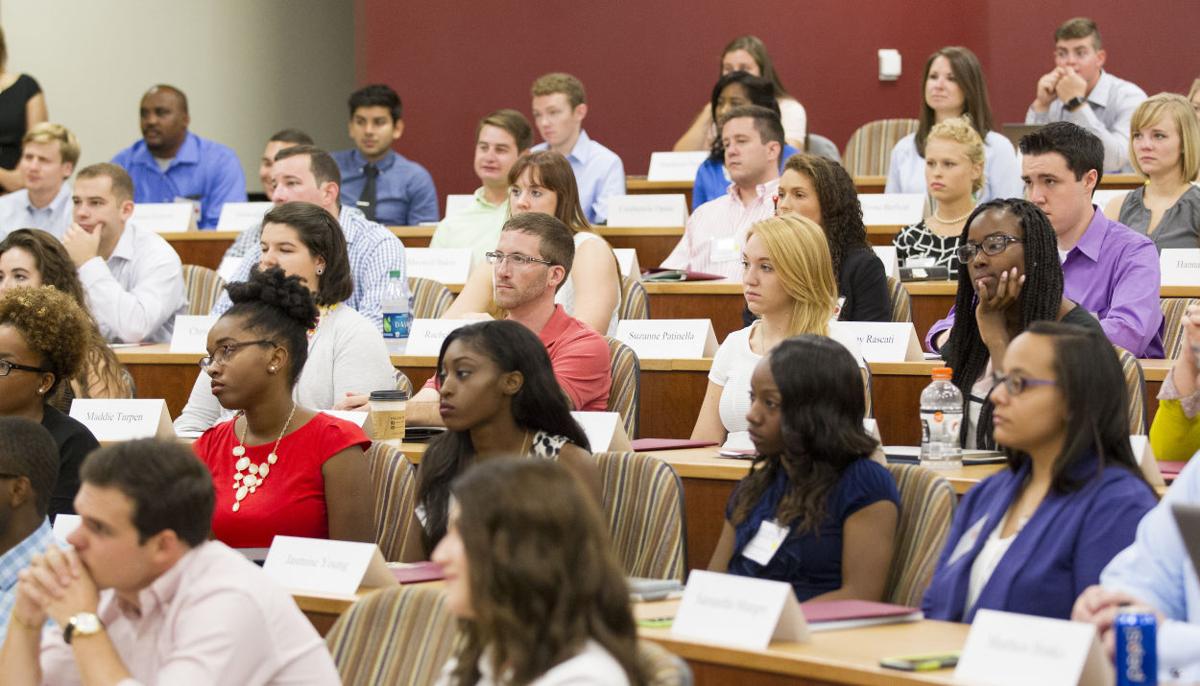 First year law students begin their studies at the Elon University School of Law, on Tuesday, Aug. 4, 2015, in Greensboro, N.C.

First year law students begin their studies at the Elon University School of Law in Greensboro. 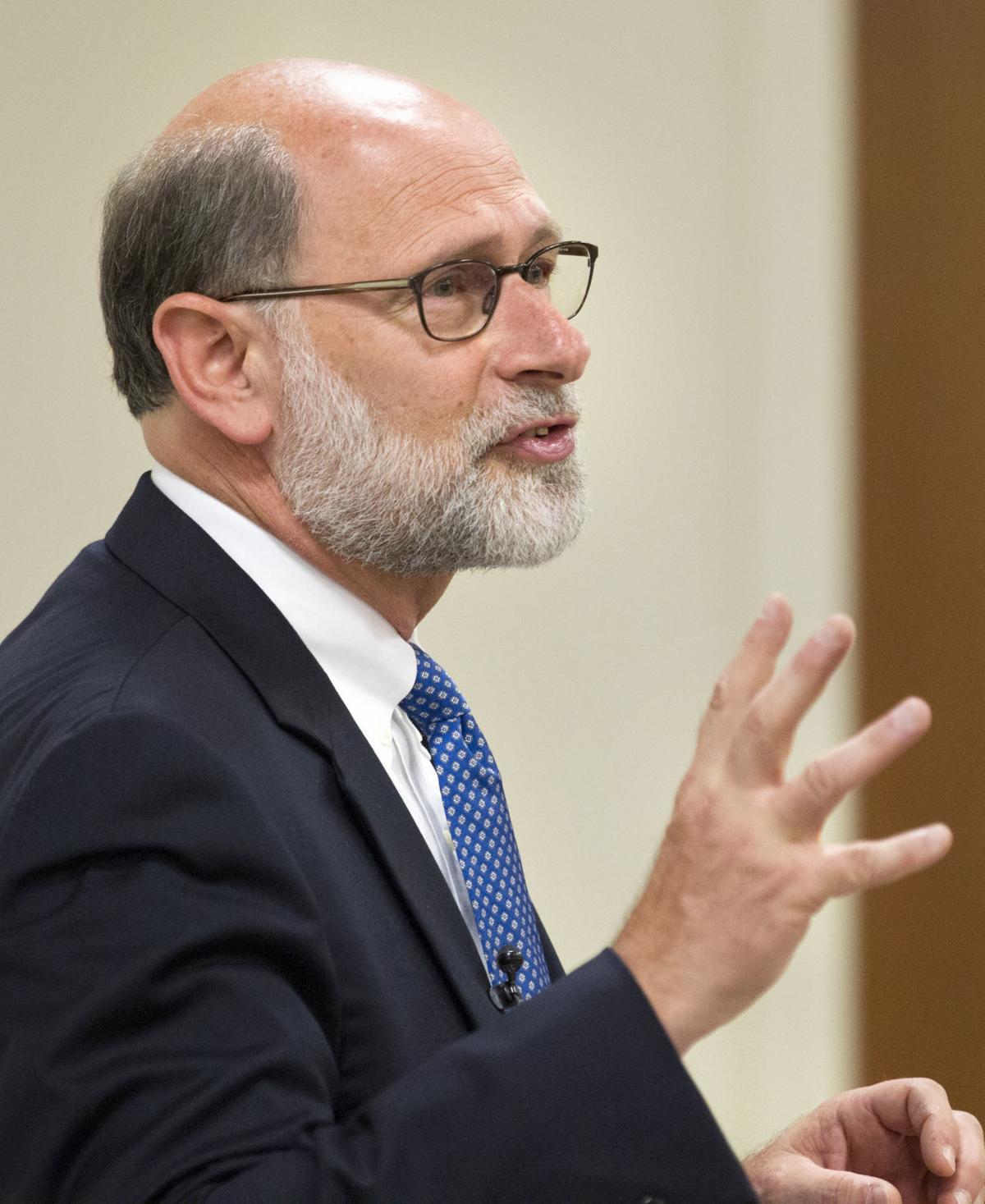 Elon University School of Law in Greensboro is experiencing an increase in enrollment following several years of declines.

First year law students begin their studies at the Elon University School of Law, on Tuesday, Aug. 4, 2015, in Greensboro, N.C.

First year law students begin their studies at the Elon University School of Law in Greensboro.

GREENSBORO — It’s tough out there for law schools.

Applications have sagged. Enrollment is down. And many new law school graduates have struggled to find jobs that require them to have a law degree.

Facing similar pressures, the Elon University School of Law announced last fall that it would revise the traditional law school playbook. It says its new approach, which claims a couple of national firsts, is faster, cheaper and better than before.

The early response to the overhaul seems positive. Applications rose, and the first-year class that reported to the downtown Greensboro campus last Monday is Elon’s largest in six years.

“We’re not like every other law school,” law school Dean Luke Bierman said in an interview last week. “We want a different kind of law student — a pioneer, someone with a pioneering spirit who can come into a new program and succeed.”

Is this revamped program the future of legal education? Elon Law is betting that it is.

Whitney Baker probably isn’t your typical first-year law school student. Baker, 24, a Georgia native, already has a master’s degree. She also holds a security clearance from the Department of Homeland Security because she has worked off and on since high school at the Federal Law Enforcement Training Center complex in Georgia.

Baker said she turned down two law schools in Georgia to come to Elon.

“I wasn’t interested in the normal,” Baker said. “This program is taking a chance and stepping out there. I like that, and I admire that.”

Elon’s difference starts with its schedule. Most law schools operate on a semester schedule, and students need three years to graduate. This year, Elon converted to a trimester schedule and lengthened the school year by about six weeks.

Elon also slashed the price of its law program. The class of December 2017 will pay $100,000 in tuition and fees for their legal education — about $14,000 less than what Elon Law charged earlier classes.

Though Elon already had gained national recognition for its innovative approach to teaching the law, the law school doubled down on its creative efforts to prepare students for careers as an attorney.

The emphasis on experience starts as soon as students step foot on campus.

The old-school approach is to throw law students into first-year classes in contracts, criminal law and civil procedure.

Elon extended its preceptor, or mentor, program to last for a student’s entire law school career. These working attorneys will take students into their law offices and let them see how hearings, depositions and other legal tasks are carried out.

And each first-year student is assigned to a four-person team that includes a faculty member, a working attorney and Elon staff members. This team — like an adviser “on steroids,” as Bierman likes to say — will guide each student through law school and eventually into a career.

Elon leaders are most excited about the law school’s new second-year residency program. For one trimester, Elon Law students will work full-time under faculty supervision with lawyers, judges or prosecutors. For nearly three months, students will get a close-up look at how the law actually works. These students will hold what’s called a practice certificate, which lets them appear in court and act as an attorney if a licensed lawyer is present.

Though many law schools offer externships, many are optional, and some are only a few hours each week after class. Elon Law says it’s the nation’s first law school that requires every student to hold a full-time residency.

“They’ll learn what it’s like to be a lawyer,” Bierman said. “It’s not an academic exercise.”

Does getting experience outside the classroom matter? The American Bar Association thinks so. Shortly before Elon Law announced its new program, the ABA voted to require law to take experiential courses — that is, classes that combine traditional legal theory with real-world, hands-on experience.

Mosby got a B+ in his constitutional law class at Greensboro College, where in May he earned his degree in criminal justice. He thought that would prepare him well for a summer internship at the Lee County district attorney’s office.

It didn’t. Mosby said he used his mobile phone to look up the Latin terms uttered by judges and lawyers. After sitting in on traffic court, depositions and a three-week murder trial, Mosby said he realized that reading landmark court cases and writing legal briefs shed little light on what attorneys actually do.

“I appreciated the class a lot,” Mosby said. “But once you practice (law), it’s the complete opposite of the classroom.”

So why make such a dramatic change?

Like a lot of law schools, Elon has struggled in recent years. Applications had declined in the past three years by nearly a third. The last three first-year classes averaged just 106 students. Overall enrollment had fallen below 300.

Worse, Elon’s 2014 graduating class had the highest unemployment rate among the state’s seven law schools. Fewer than half of Elon Law’s 2014 graduates got jobs that required a law degree.

Bierman, meanwhile, said he is a big proponent of experiential law education. Before coming to Elon last summer, he led the experiential education efforts at Northeastern University in Boston.

Bierman said this approach will better prepare law school graduates for a changing legal environment. Because Elon Law students will graduate six months earlier than their peers at other schools, they’ll have a leg up on their job searches. And because Elon Law students will be in constant contact with professional attorneys, they’ll have plenty of face time with prospective employers.

Bierman is encouraged by the early reaction to the changes.

Applications were up 14 percent this year. Elon Law is one of just 24 law schools in the country to see double-digit increases, according to the Law School Admission Council.

Even better, Elon’s incoming class has 132 students — its school’s largest first-year class since 2010. Bierman said the school hopes to recruit similar-sized classes each year to increase total enrollment to close to 400.

“I think we’re on to something that legal education needs,” Bierman said. “I think you’re going to see more and more successes at Elon Law as we develop and refine our program.”

Luke Bierman takes over as the Elon law school’s new dean but maintains the vision for a distinctive legal education.

First year law students begin their year at the Elon University School of Law, on Tuesday, August 4, 2015, in Greensboro, N.C.

The number of students by year in each first-year class at Elon’s law school:

Percentage of class of 2014 graduates from North Carolina law schools who have jobs as of early 2015 that require them to pass the bar exam:

Percentage of class of 2014 graduates from North Carolina law schools who were not employed as of early 2015:

Reactions to the announced changes at Elon University School of Law:

“The eight-year-old school is taking a much bolder approach than most. It wants to get students out of school quicker and cheaper and to better prepare them for their legal careers, and it is making dramatic changes to reach that goal.”

“Practical training, residencies and student development efforts that give otherwise unemployed lawyers a few tools to help them scratch out a living with their J.D.s is a good thing. Everyone should applaud those initiatives. But especially with Duke, UNC and Wake Forest nearby, such changes are not likely to create more jobs (that require law degrees) for Elon graduates.”

— Steven J. Harper, a retired attorney, adjunct law professor, author and blogger (thelawyerbubble.com), in a column for The American Lawyer (and here)

“Elon University School of Law … has revamped its curriculum to focus on experiential learning and includes a residency program similar to that of a medical school. In this year’s ranking, the … school joined the (Best Schools for Practical Training) list for the first time with a B. Next year, it should rise in the ranking.”

The first graduates of Elon's two-and-a-half-year law school program will get their degrees in December.

The 111 graduates are the first to complete the school's new two-and-a-half-year program.