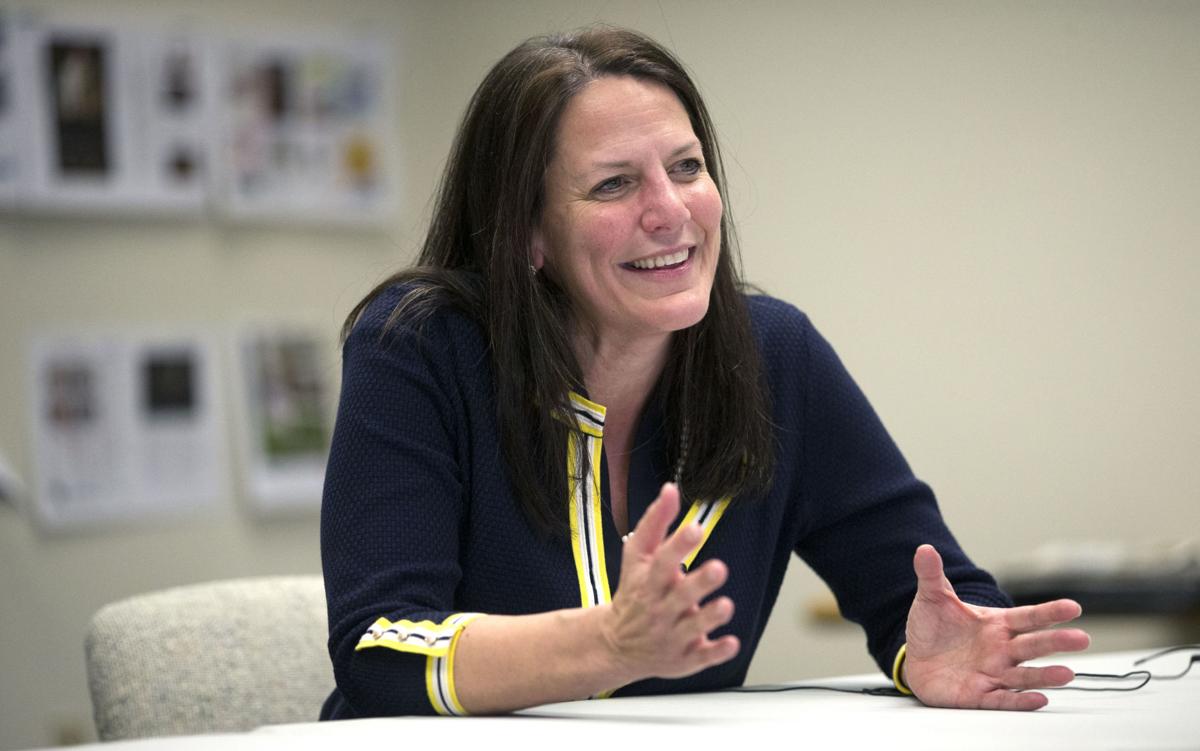 Connie Book is the first woman to serve as Elon’s president. “One element of being a successful leader is that you’re always trying to improve your situational awareness, and one of the key ways we do that is by building our teams and being diverse,” Book says. 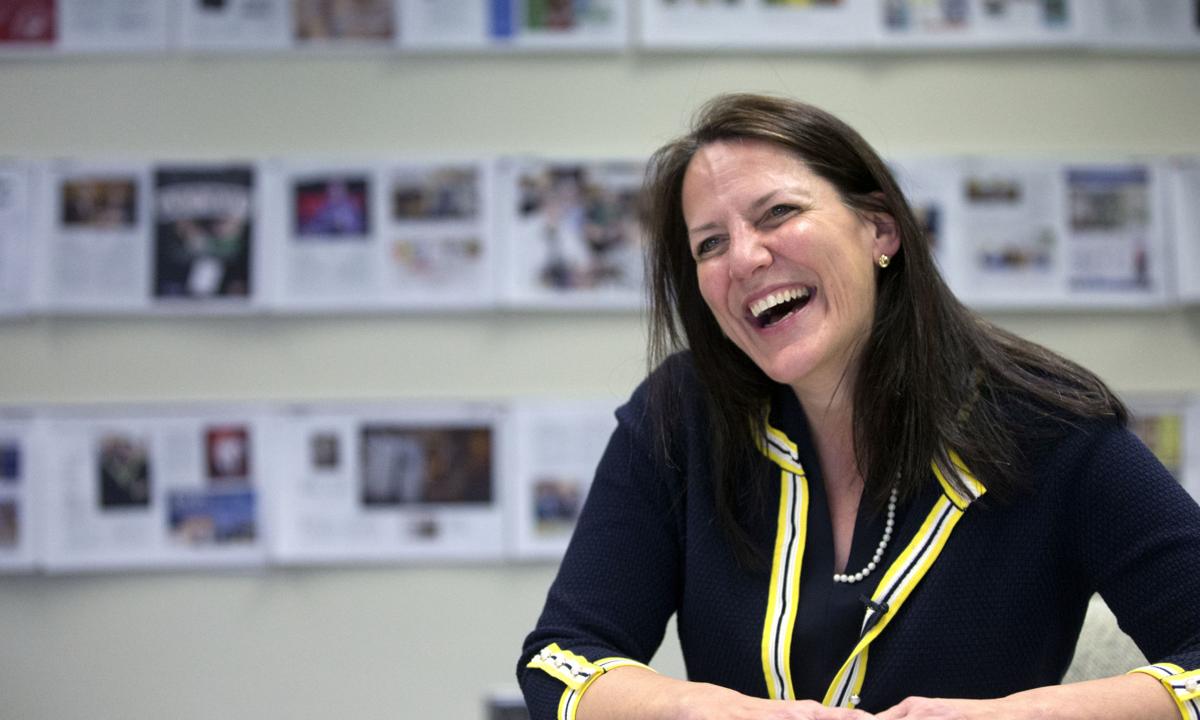 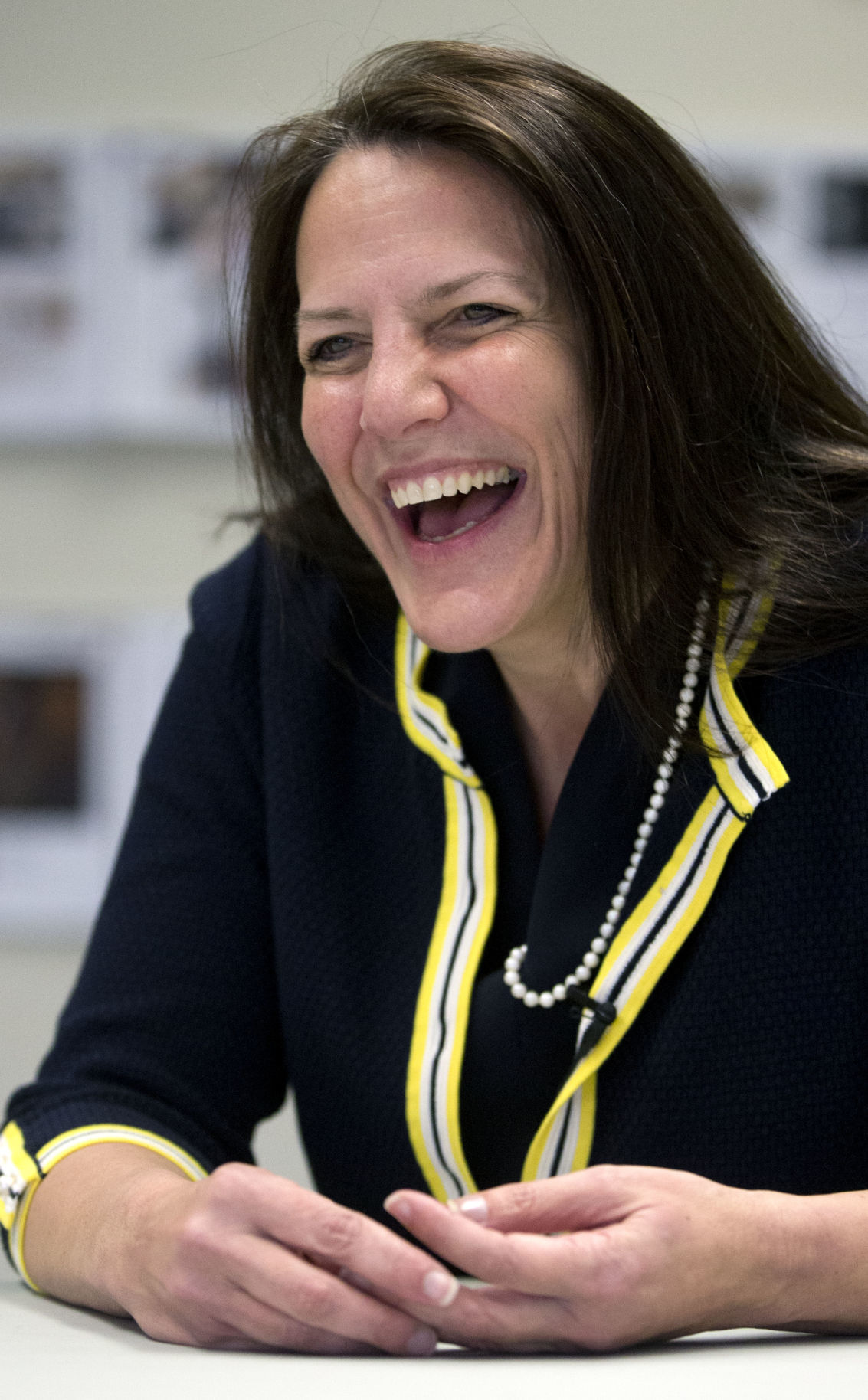 Connie Book is the first woman to serve as Elon’s president. “One element of being a successful leader is that you’re always trying to improve your situational awareness, and one of the key ways we do that is by building our teams and being diverse,” Book says.

These are the 21 men that sit on the 26-person UNC System Board of Governors. Nineteen of the 21 are white.

These are the five women who also have a seat at the table.

The leaders of the UNC System, those who hold the power to make decisions and set policy at North Carolina’s 16 public universities, do not reflect the demographics of students or residents they serve.

The number of students of color enrolling in UNC System schools is growing by thousands each year. And the percentage of white students has been steadily declining each year for the past five years, down 5% from 2013 and 7% from 2009, according to UNC System enrollment data.

When the opportunity came to replace two white male board members recently, with the departures of Rob Bryan and former board chair Harry Smith, the state legislature selected a black man and another white man.

But what does it matter if university leadership isn’t diverse?

“A greater variety of perspectives around the boardroom table leads to a better, stronger and more engaged and prepared board,” said Henry Stoever, president of the Association of Governing Boards of Universities and Colleges. “That board has a greater ability to see potential pitfalls or opportunities because of their difference in experiences.”

And diverse boards will often better align with the student body and the institutional mission, he said, which is ultimately what the Board of Governors is trying to accomplish.

The board recently called for an investigation into ex-East Carolina University interim Chancellor Dan Gerlach after he was out drinking at popular bars near campus and then later drove home. Gerlach initially defended his behavior as being approachable, but some experts said it was an inappropriate way to connect with students.

The board and interim president Bill Roper were tasked with evaluating whether Gerlach was still fit for the job, which he was pursuing permanently. Ultimately, Gerlach resigned before the investigation was complete but the discussions among leaders deciding Gerlach’s fate probably would’ve been different with more women involved.

“The more diverse your team is, the higher it’s going to function. There’s no question in my mind about that,” said Elon University President Connie Book. “If everyone around the room is the same gender or the same race I’m going to get fairly homogeneous thinking.”

Diverse boards and cabinets means more diverse responses about the situations that universities are trying to tackle and more diverse thinking about strategy, said Book, who is the first female president at the private university.

It also provides a greater understanding of the constituencies that universities serve as student bodies are increasingly more and more diverse, she said. And problems or mistakes stem from people not knowing what questions to ask.

“It’s not that I knew information and made the wrong choice, it’s that I didn’t have the awareness,” Book said. “One element of being a successful leader is that you’re always trying to improve your situational awareness, and one of the key ways we do that is by building our teams and being diverse.”

Lynn Pasquerella, president of the Association of American Colleges and Universities, said it’s invaluable to have women and people from diverse backgrounds represented on boards because of the decisions they make.

Boards are often determining the allocation of scarce resources and influence what university administrations focus on, including Title IX and equity issues.

“We know that if you are someone who has experienced sexual harassment as a woman, racial harassment as a person of color or anti-Semitism ... that will inform what you can bring in terms of your expertise to board service,” Pasquerella said. “We know that diversity of perspective will lead to stronger governance.”

Despite the small number of women and people of color on the UNC System Board of Governors, vice chair Wendy Murphy said the board is more diverse than it may appear because members come from different backgrounds and parts of the state.

“Diversity is not just skin color,” Murphy said. “You try to look at everything.”

In education, Murphy said, diversity might be women in science, veterans or male teachers. And she pointed out that the board has African-Americans, a Native-American woman, and people from rural North Carolina, the mountains and the coast.

“I’ve never really seen a time while I’ve been on the board that no one was listened to,” Murphy said.

Murphy said she doesn’t see a disconnect between the makeup of the board and the student body as a problem.

“We’re not going to do this for you because you’re female and this because you’re a male,” Murphy said. “At the end of the day, everybody needs a degree and a job. I think we’re trying to make a decision on what’s best for students in the system and not just focus on one group.”

Elizabeth City State University Chancellor Karrie Dixon, who spent 10 years working as senior administrator at the UNC System Office, said diversity is important but does not have to be exclusive to race.

“Having people think differently is an added plus to any conversation around developing policy and shaping policy,” Dixon said.

“When I talk to board members and trustees, if they don’t understand something they’ll ask and that’s an opportunity to inform or educate,” Dixon said. “It resonates and it becomes part of their decision-making process because they voice those concerns after they understand them.”

The chancellors across the UNC System are more diverse than the board and better reflect the makeup of the campuses they lead.

About 30% of the system’s 16 universities are led by women, and the majority of leaders are white. At the same time, all but two campuses have more female students than male students.

Last year, two more women were on that list, with Margaret Spellings as the UNC System president and Carol Folt as the chancellor of the system’s flagship UNC-Chapel Hill.

Spellings’ three-year tenure was marked by a contentious relationship with the board that challenged her authority, the News & Observer reported at the time of her departure.

Folt suddenly resigned after ending the months-long debate over the Confederate monument Silent Sam that stood on UNC’s campus and was toppled by protesters in August 2018. The board wasn’t privy to her decision when she announced her departure. The board then pushed her out of her job earlier than she had planned to leave.

All UNC System schools have a majority female student body except for N.C. State and UNC-Charlotte, which each are just under 50% women.

“It is sometimes daunting to be in a room and you’re the only person in the room that is a female,” said Kelli Brown, chancellor of Western Carolina. “You just have to remind yourself that you’re an equal.”

She said it’s a situation that a lot of women, Latinos and African-Americans find themselves in often. It happened to her recently at the Southern Conference presidents meeting, where she was surrounded by only male presidents.

Brown, who is Western’s first female chancellor, said having women at the table is important because they think differently about situations, particularly ones around people. She said women bring a different context to management and personnel issues.

“If there are issues around a crisis situation and there’s no women sitting around the room I’m sure that there are things that are being missed as far as how would we maybe respond ... or how do we react to the situation,” Brown said.

A significant challenge to improving diversity in higher education leadership is that people need to be able to see themselves in faculty and administrative roles if they are going to aspire to them.

“The fewer women there are, the less likely it is that women are going to be able to see themselves doing that work or imagining themselves in those roles,” said Pasquerella, the president of the Association of American Colleges and Universities.

Women who are in those leadership positions now are a key part of opening the door for each other.

“If we don’t help each other then how do we expect that to happen?” Dixon said. “You have to be willing to pass the baton.”

Two of the 26 members of the UNC System Board of Governors are from Guilford County.

Dwight Stone, a Greensboro home builder, joined the board Nov. 22. He was appointed to fill out the term of former board chairman Harry Smith who resigned earlier this year. Stone's term runs through 2021.

Marty Kotis, a Summerfield resident whose Greensboro company owns, develops and manages properties across North Carolina, was first appointed in 2013 and was reappointed in 2017. His term runs through 2021.

The former dean of the College of Arts & Sciences and a MacArthur "genius grant" winner replaces Carol Folt, who resigned in January.