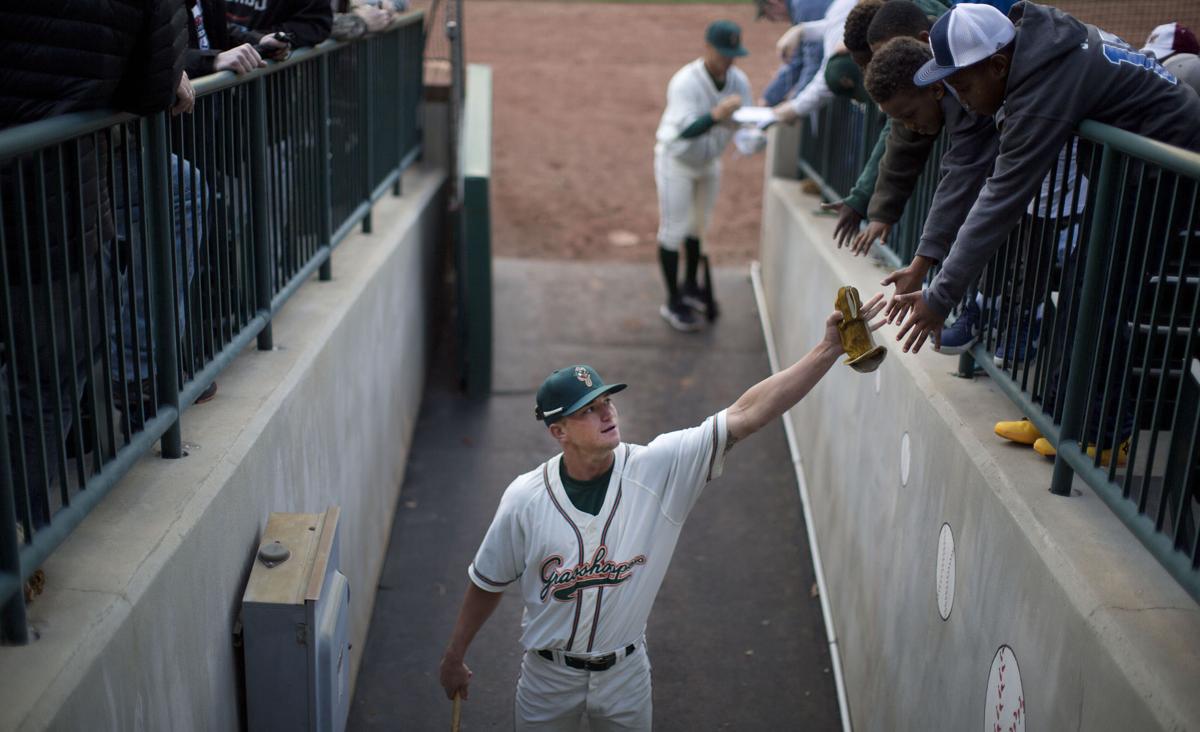 Grasshoppers' outfielder Dalton Wheat greets some fans on his way back to the locker room after warming up, Thursday, April 6, 2017, in Greensboro, N.C. 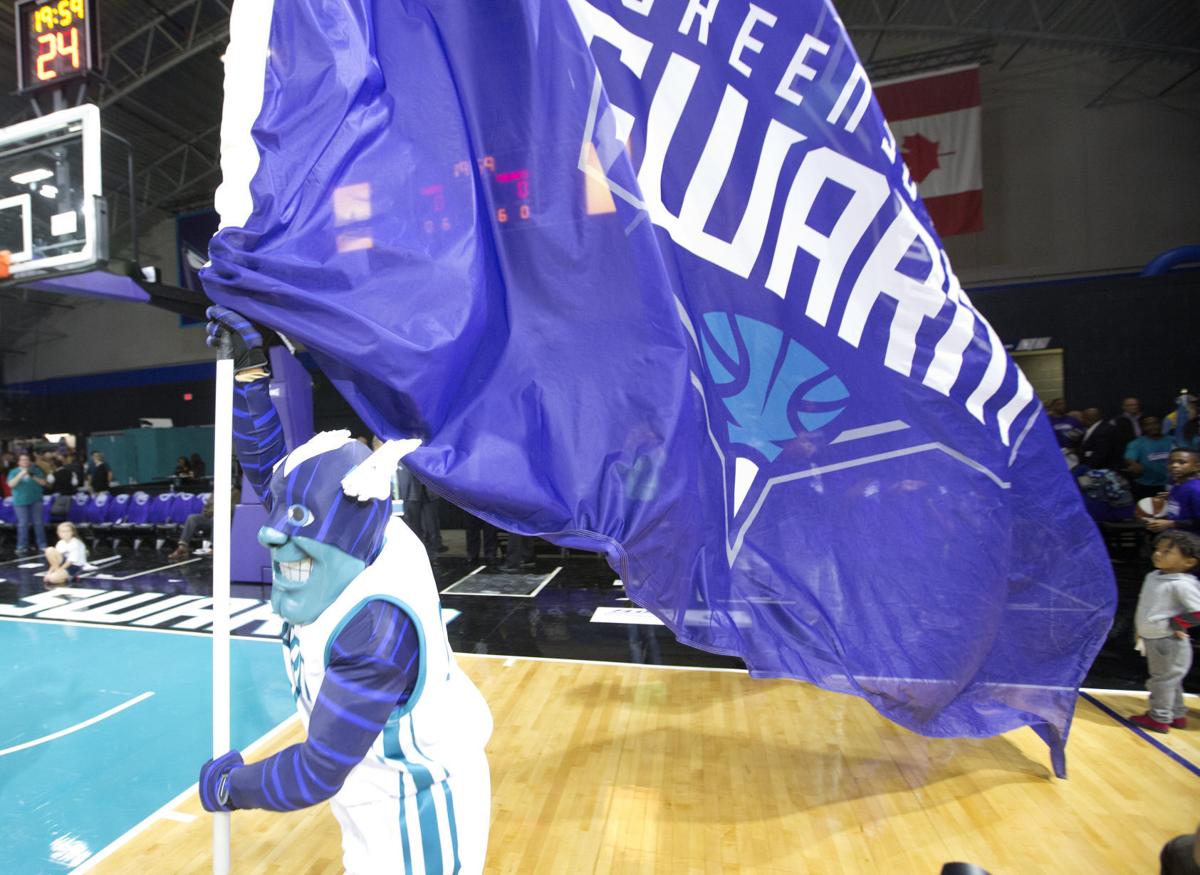 Captain Swarm leads the team out onto the floor during a Greensboro Swarm game at Greensboro Coliseum Fieldhouse. 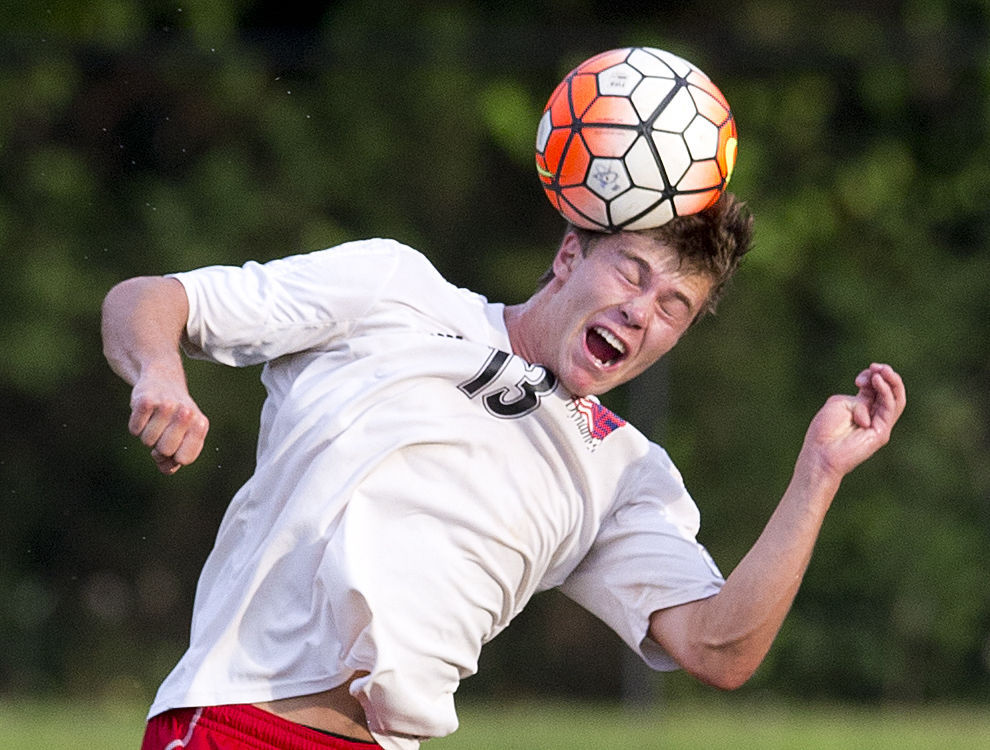 The Carolina Dynamo’s Phillip Goodrum gets the header during the home game against West Virginia Chaos at Macpherson Stadium in Browns Summit on July 14, 2016.

Greensboro has been home to minor league baseball on and off since 1902, and the city has fielded a team in the Class-A South Atlantic League since 1980. The Grasshoppers are the latest team. They play in First National Bank Field at Edgeworth and Eugene streets. It has a seating capacity of 7,499 with 5,300 chairback seats, 16 upperdeck luxury suites and two grass berms with picnic areas. Tickets range from $7 to $11 at the box office at 408 Bellemeade St.; by phone at (336) 268-2255 or online at gsohoppers.com.

An expansion team in the NBA Development League, the Swarm is playing its first season of minor-league pro basketball for 2016-17 at a renovated, 2,116-seat Pavilion field house at the Greensboro Coliseum Complex. Owned and operated by the Charlotte Hornets, the Swarm plays a 50-game schedule with 24 games at home. Individual game tickets start at $10. gsoswarm.com.

High-level men’s soccer, the Dynamo is in its 14th season in the Premier Development League, the fourth-tier of the pro United Soccer League. Elite college players compete in 14-game summer season from May through July, with home games at Bryan Park’s 7,000-seat Macpherson Stadium. Individual and season tickets are available. carolinadynamo.com.