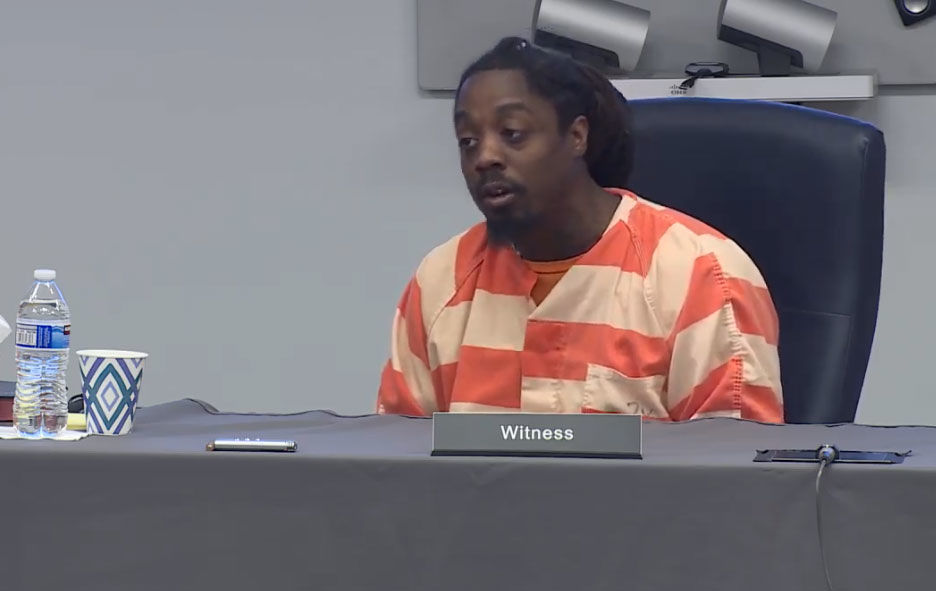 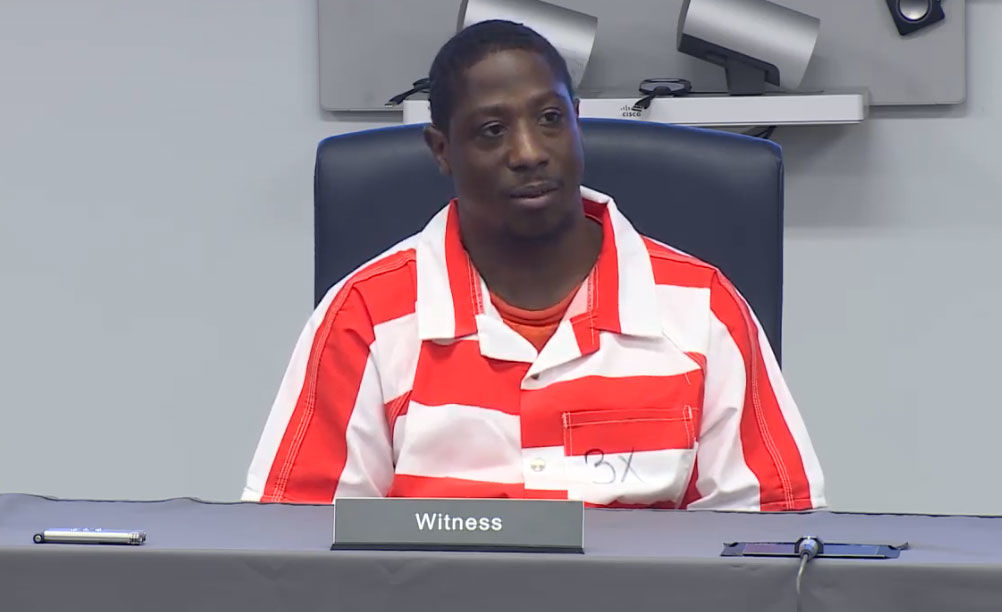 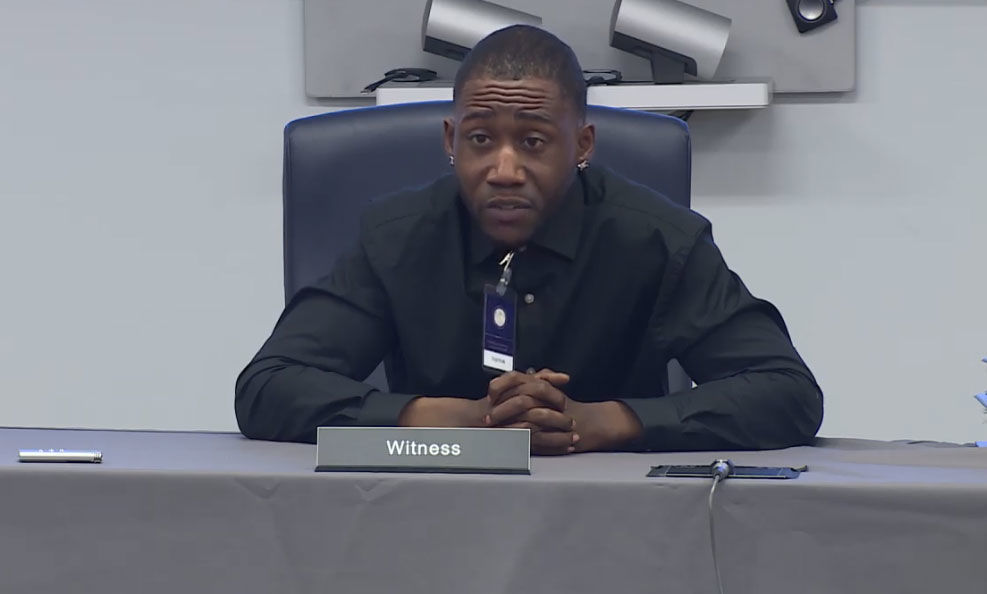 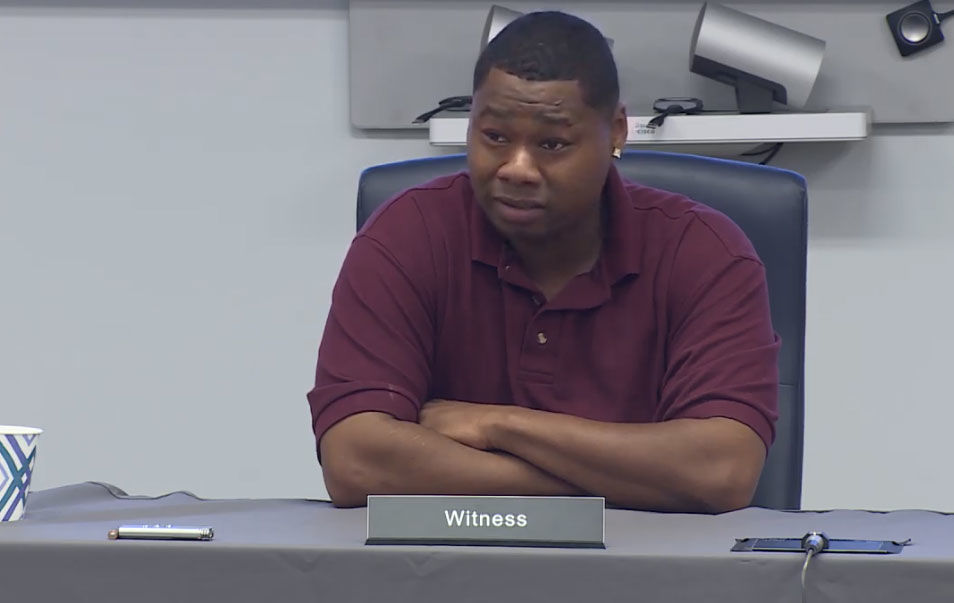 The eight-member commission voted 5-3 to move the case to a panel of three superior court judges who will be chosen by Chief Justice Cheri Beasley. That panel will hold a hearing at some later date in Forsyth Superior Court to determine if the four men should be exonerated.

An expert testified to the commission that this case had astonishing similarities to the famous case of five black and Hispanic boys who were exonerated in the 1989 rape of a female jogger in Central Park. Both cases involved young men of color and allegations of police coercing false confessions.

In the Winston-Salem case, five teenage boys in total were convicted in two separate trials in 2004 and 2005 of robbing and murdering Jones, a 61-year-old friendly churchgoing gas station owner. Jones was found lying in the carport of his home on Moravia Street on Nov. 15, 2002.

Banner was the youngest of all of them at 14 while the rest of the boys were 15 at the time of their arrest.

Paul was a standout basketball star at West Forsyth High School when his grandfather died. Days after his grandfather’s death, he scored 61 points at a high school basketball game in Jones’ honor. He now plays for the Oklahoma City Thunder.

Forsyth County District Attorney Jim O’Neill, who is running as a Republican for N.C. Attorney General, strongly criticized the commission’s work last year after the commission found sufficient evidence of factual innocence in the case of Merritt Drayton Williams, who was convicted for his role in the death of Blanche Bryson in 1985. New DNA evidence led commission staff to Darren Johnson, who has confessed that he alone strangled Bryson to death during a home invasion and that Williams was not there. Johnson is facing pending murder charges in Bryson’s death.

O’Neill said in a statement provided to the commission that Lindsey Guice-Smith, executive director of the innocence commission, and other staffers expressed an opinion that the four men were innocent when the commission opened a formal inquiry.

He also accused commission staffers of being biased and not considering other pieces of evidence that might prove that the men are guilty.

Guice-Smith strongly objected to O’Neill’s contentions, and several members of the commission said they found O’Neill’s position to be offensive.

O’Neill condemned the commission’s decision late Friday, saying that the constitutions of the United States and North Carolina guarantee protections for both defendants and victims.

“However, in these commission hearings, the state prosecutors are not allowed to call witnesses, present evidence, raise objections, present legal arguments or even argue one single word in summation in the pursuit of justice. We can only sit and watch,” O’Neill said.

He said his office will never stop fighting for Nathaniel Jones and his family and that he looks forward to presenting evidence to the independent three-judge panel.

Cauthen and Banner are serving sentences of life in prison with parole for convictions of first-degree murder. Bryant, Tolliver and Brayboy were convicted of second-degree murder and received sentences of up to 14 years. Bryant and Tolliver were released from prison in 2017; Brayboy got out in 2018 but was stabbed to death last year before he had a chance to file a claim with the N.C. Innocence Inquiry Commission.

The vote came on the last day of a five-day hearing held in Raleigh, where commission members heard testimony from Jessicah Black, a key witness in the original trials.

She recanted her trial testimony in which she said she drove the boys to and from the area around Jones’ house and heard the boys discuss plans to rob Jones. Black also said she sat on a picnic table in a park across from Jones’ house and heard Jones scream for help while he was being beaten. Jones died from a heart arrhythmia brought on by the stress of the attack.

Black told commission investigators and commission members that Winston-Salem police coerced her into making false statements and that everything she testified to in two separate trials was a lie.

The case also revolved around the work of former Houston Chronicle sports reporter Hunter Atkins (Paul previously played for the Houston Rockets). Black first recanted her testimony in conversations with Atkins, who also interviewed all five men. Atkins has never published a piece on the case and he stopped working for the Houston Chronicle in February for unknown reasons.

Cauthen, Bryant, Tolliver and Banner appeared before the commission on Friday and they all said Winston-Salem police officers threatened and coerced them into making false confessions. They said every time they claimed innocence, investigators became angry. They said they were told if they just implicated themselves they could go home.

“I was scared for my life,” Cauthen told the commission Friday. “I thought the police would do something to my life. If I didn’t admit to the crime, I felt my life was in danger.”

According to testimony, Winston-Salem detectives Sean Flynn and Stan Nieves admitted that they falsely told Bryant and Tolliver that they could get the death penalty. They never made mention of it in their reports on the interviews.

Hayley Cleary, an associate professor at Virginia Commonwealth University in Richmond, Va., testified Thursday that this case had numerous risk factors that could lead to the five boys making false confessions. She pointed out that no physical evidence tied the boys to the crime scene, including DNA. And the boys, because of their age, lack of maturity and intellectual limitations, were susceptible to making false confessions. The boys were vulnerable to Winston-Salem police detectives’ aggressive interrogation, which included telling the boys falsely that they could face the death penalty, she said.

The boys also were isolated in interview rooms for long periods of time and because they had less-developed minds than adults, they were also more likely to make false statements when police told them they could go home, Cleary said.

The only clear evidence against the boys were their statements, which were all inconsistent to the physical evidence found at the crime scene, she said. Detectives also got the boys to confess by playing one against the other; they would play snippets of interviews from one codefendant to another, she said.

All four men told commission members Friday that they lied because police investigators did not believe them when they tried to tell the truth — that they had nothing to do with Jones’ death.

And when police detectives told them they could go home if they would just admit their guilt, they started lying, they said.