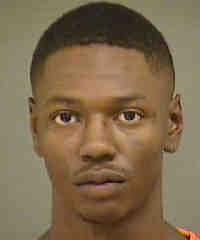 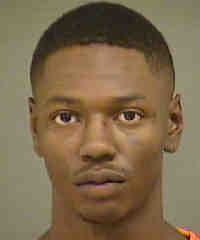 WINSTON-SALEM — A former Winston-Salem State University student accused of killing a 19-year-old man on the college campus Sunday morning was arrested in Charlotte on unrelated charges.

Investigators found a second student shot and transferred him or her to a hospital with non life-threatening injuries.

The Winston-Salem State University campus was on lock-down for more than three hours until officers determined there wasn't an active shooter on campus.

On Monday, the Charlotte-Mecklenburg Police Department tried to serve warrants for Moore's arrest on an unrelated matter but he led officers on a short foot chase before they apprehended him, the release stated.

Investigators said no other suspects are being sought in Sunday's shooting.

Bail and a court date haven't been set for Moore.

Officers are still gathering evidence and trying to talk with other witnesses who are asked to call the Winston-Salem Police Department at (336) 773-7700 or CrimeStoppers at (336) 727-2800 with information.

WINSTON-SALEM — Authorities say a 21-year-old former student has been charged with murder in the shooting death of student and the wounding of another near dormitories on the Winston-Salem State University campus.

Capt. Catrina Thompson said at a news conference that Jarrett Jerome Moore was charged with murder in the death of 19-year-old Anthony White Jr. of Charlotte, who was killed early Sunday.

Police didn't release the name of the wounded student, who was treated at a hospital and released Sunday.

The shooting was reported about 1:20 a.m. Sunday at a parking lot near two dormitories. The campus was locked down for more than three hours before the warnings against venturing outdoors were lifted at 4:50 a.m.