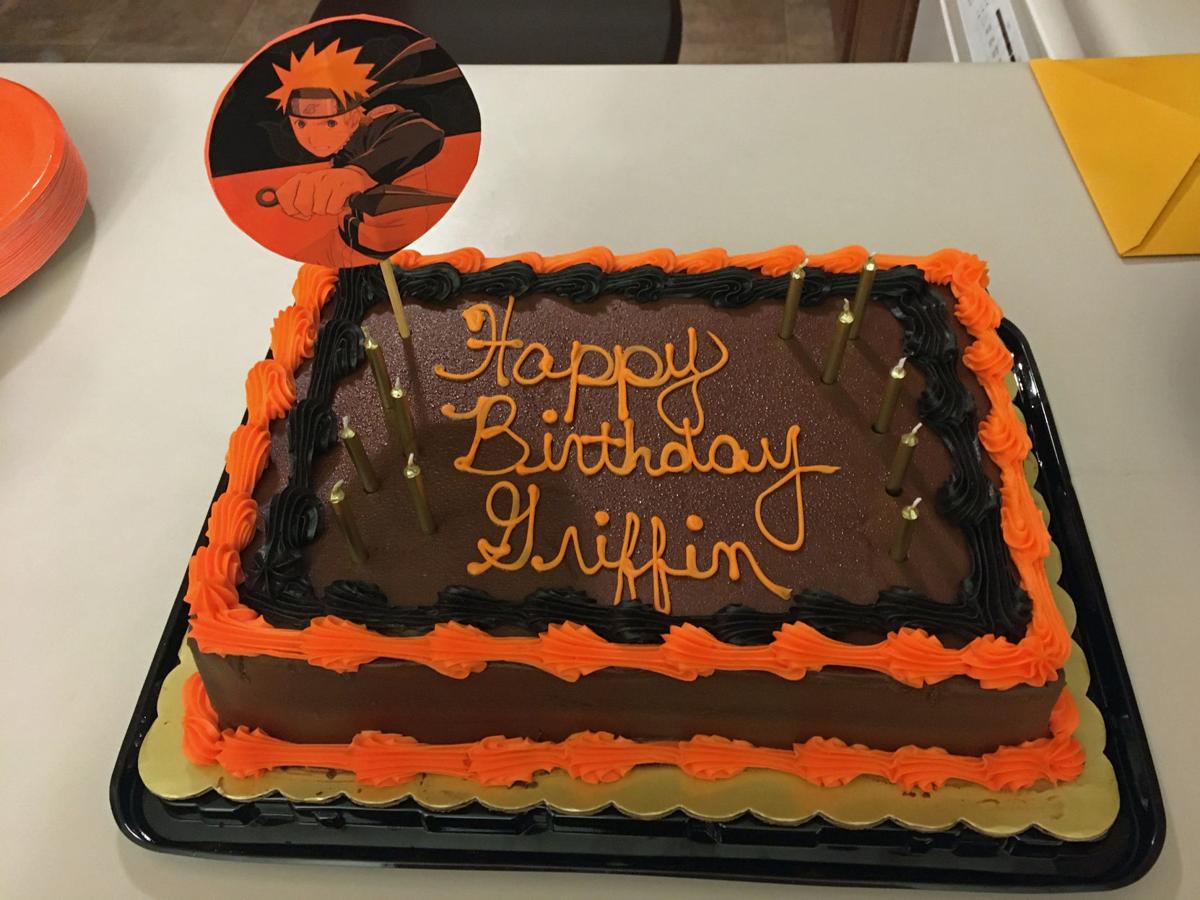 Kim Mills’ son celebrated his birthday with a cake and party using “Naruto,” a Japanese anime TV show, as the theme. 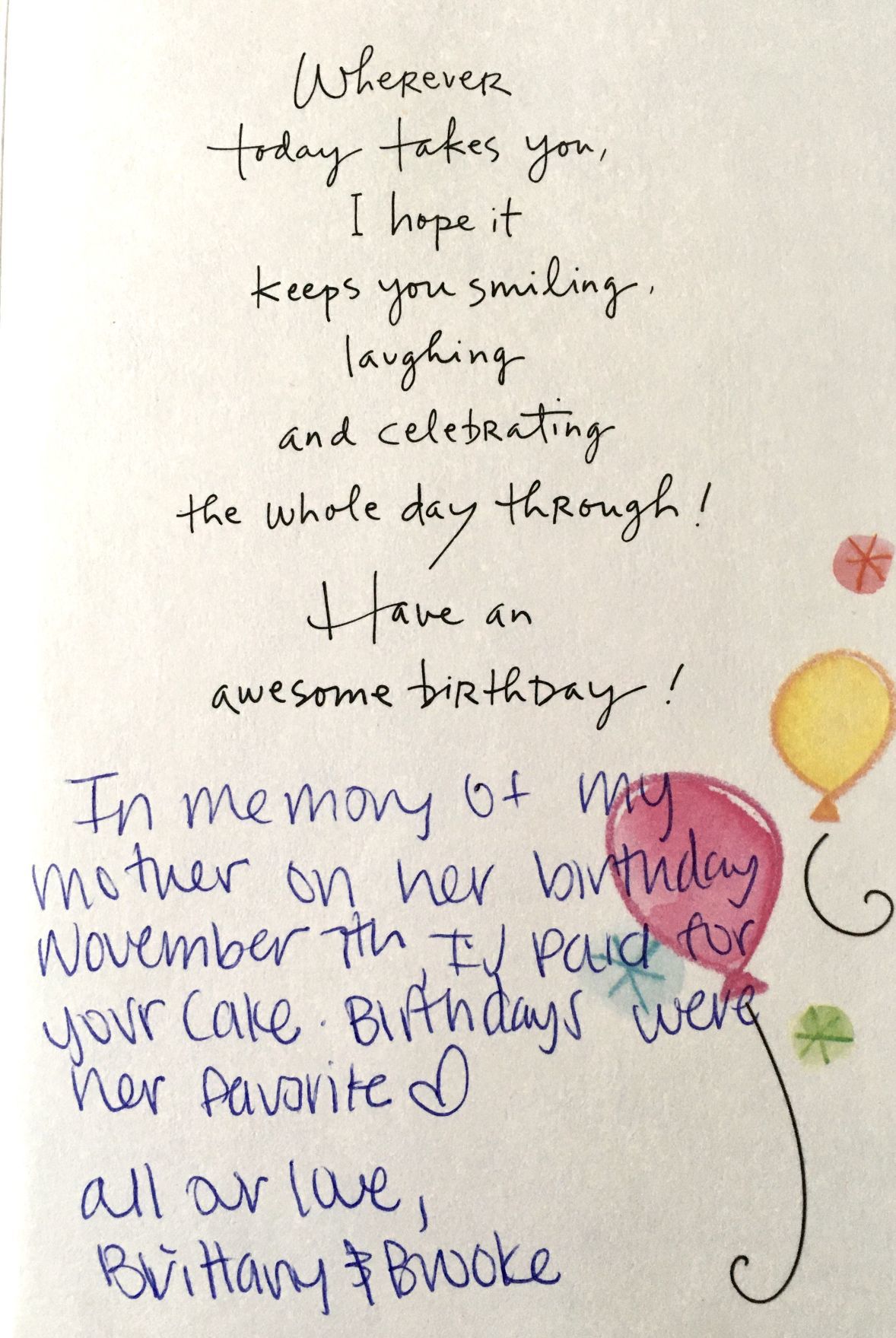 The card that Brittany and Brooke wrote after they paid for my son’s birthday cake. 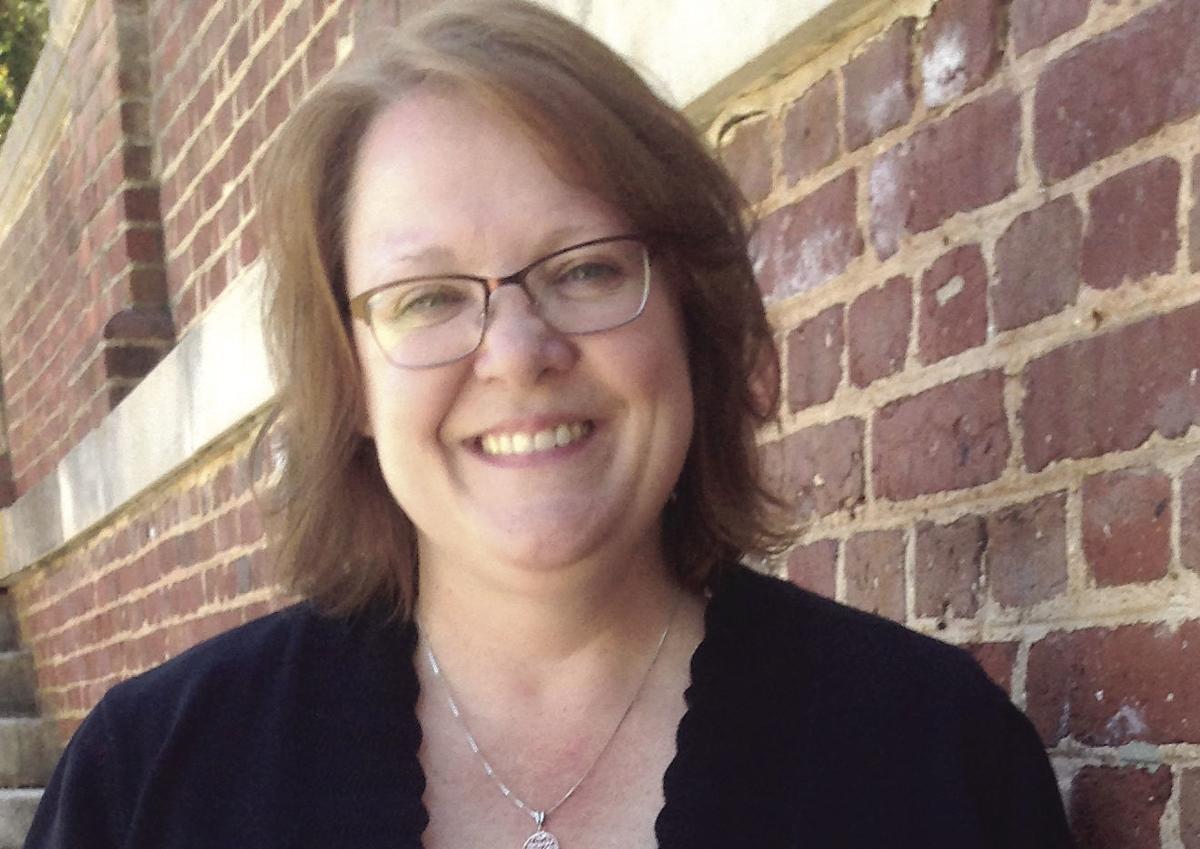 Kim Mills’ son celebrated his birthday with a cake and party using “Naruto,” a Japanese anime TV show, as the theme.

The card that Brittany and Brooke wrote after they paid for my son’s birthday cake.

I usually make my son’s birthday cakes and decorate them with whatever theme he has chosen. But this year, I was feeling overwhelmed and just didn’t think I could do it.

So I ordered one from a grocery store.

I felt a little bit of guilt, but I was reminded by my wise husband, Jeff, that as long as it was chocolate cake with chocolate icing, the birthday boy and the others who were coming to the party wouldn’t care.

I started to develop a problem with my knee in October 2018. After an MRI and a bit of drama with one doctor, I found a wonderful doctor who named the problem and came up with a plan to fix it. I did physical therapy for a month, then on Nov. 14, I had surgery.

My son’s sleepover birthday party? Yeah, it was on Nov. 9. Five days before my surgery. Needless to say, I wasn’t in my best form.

But he was turning 11, and I know these parties won’t happen much longer. So I just didn’t want to deny him.

So off I went to the grocery store to pick up the cake.

When I got there, a very nice person in the bakery handed me the cake with a yellow envelope on top. I didn’t really think about it. I just assumed it was a complimentary card with the cake. I was walking with a cane and was in pain, so I honestly didn’t care what it was. I just wanted to get home to prop up my leg.

I got to the register to pay, and the cashier said, “This has already been paid for.” To which I replied, “Oh, OK. I must’ve paid for it online when I ordered it.”

I got home, hoping to collapse for a while, but I still needed to get the party supplies together, hang the banner and blow up balloons. It also wasn’t long until I needed to order the pizza and be prepared for four extra boys in my house.

The boys chowed down on the pizza. Then we lit the candles on the cake and sang “Happy Birthday.” I was slicing and handing out cake, and before I finished, one boy had stuck his mouth and nose down into the cake on his plate. Then the others followed suit. I have really funny pictures of each boy with cake on his face.

The parents came before lunchtime Saturday to pick up the kids. The sleepover was a success.

He handed it to me. It was a birthday card with a personal message written in it.

“In memory of my mother on her birthday Nov. 7, I’ve paid for your cake. Birthdays were her favorite. All our love, Brittany & Brooke.”

How sweet is that?

I showed the card to my son, and he was blown away.

I explained to him what “paying it forward” is and told him that we could donate the cost of the cake to a charity of his choice.

“I want to help people get houses to live in,” he told me.

So we made a donation to Habitat for Humanity.

Brittany and Brooke don’t know how much their gesture meant to me. They made their mama proud, honoring her memory with kindness to strangers, asking nothing in return.

With their help, my son learned a valuable lesson.

And in a difficult time for me, my faith in my fellow human beings was renewed.

@greensboro.com with “Personal Adds” in the subject line.