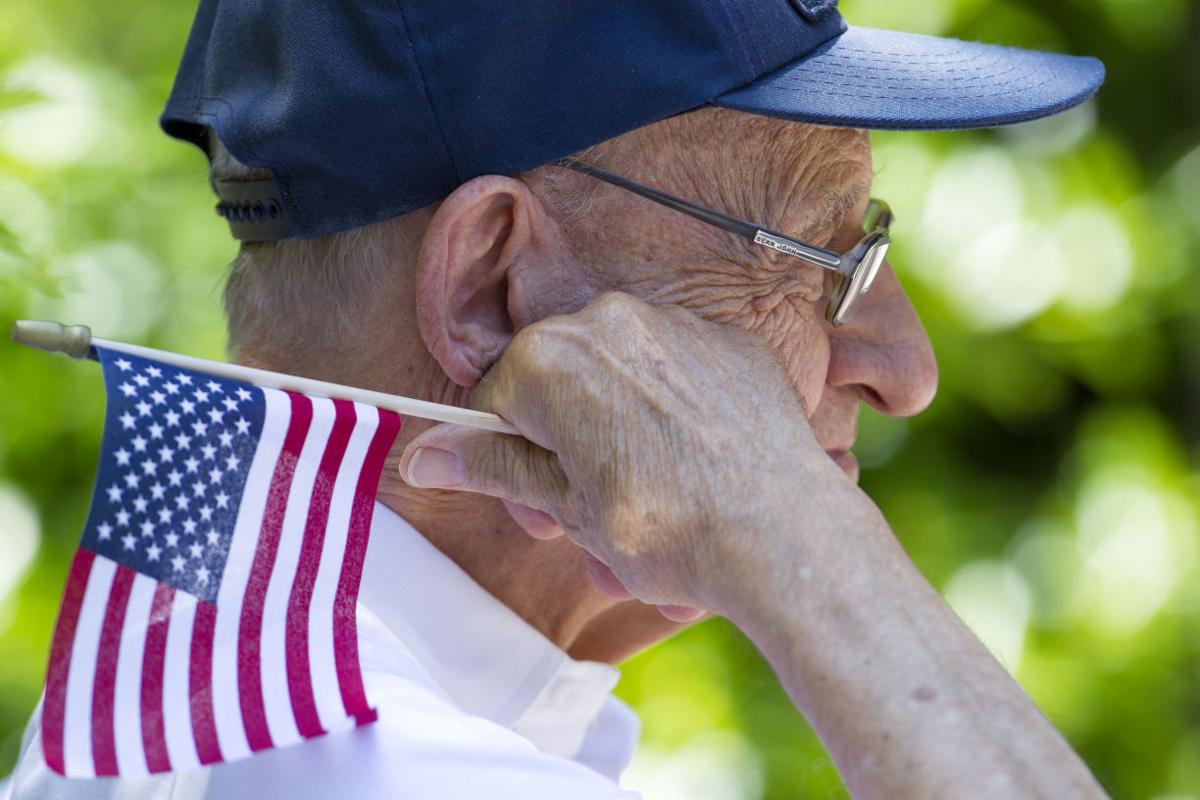 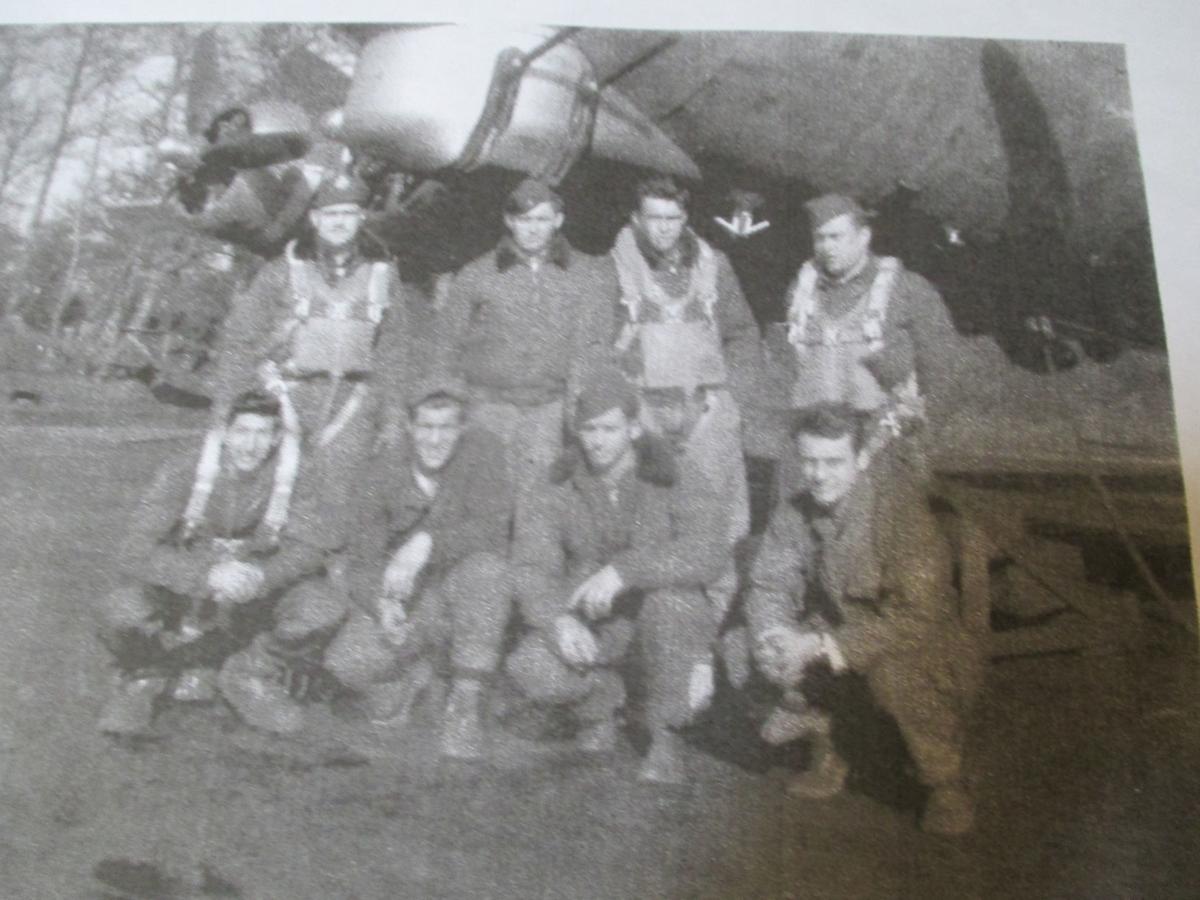 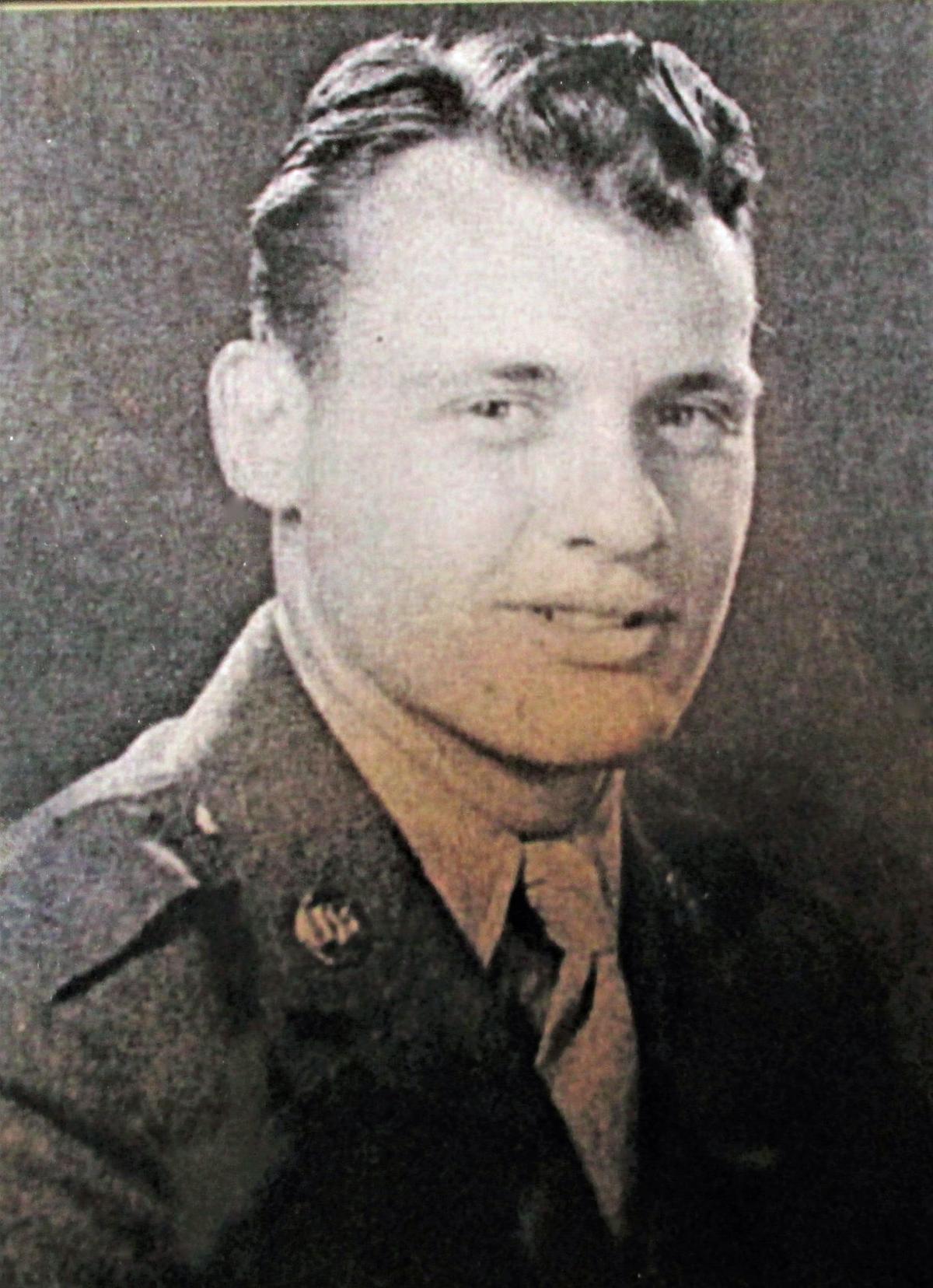 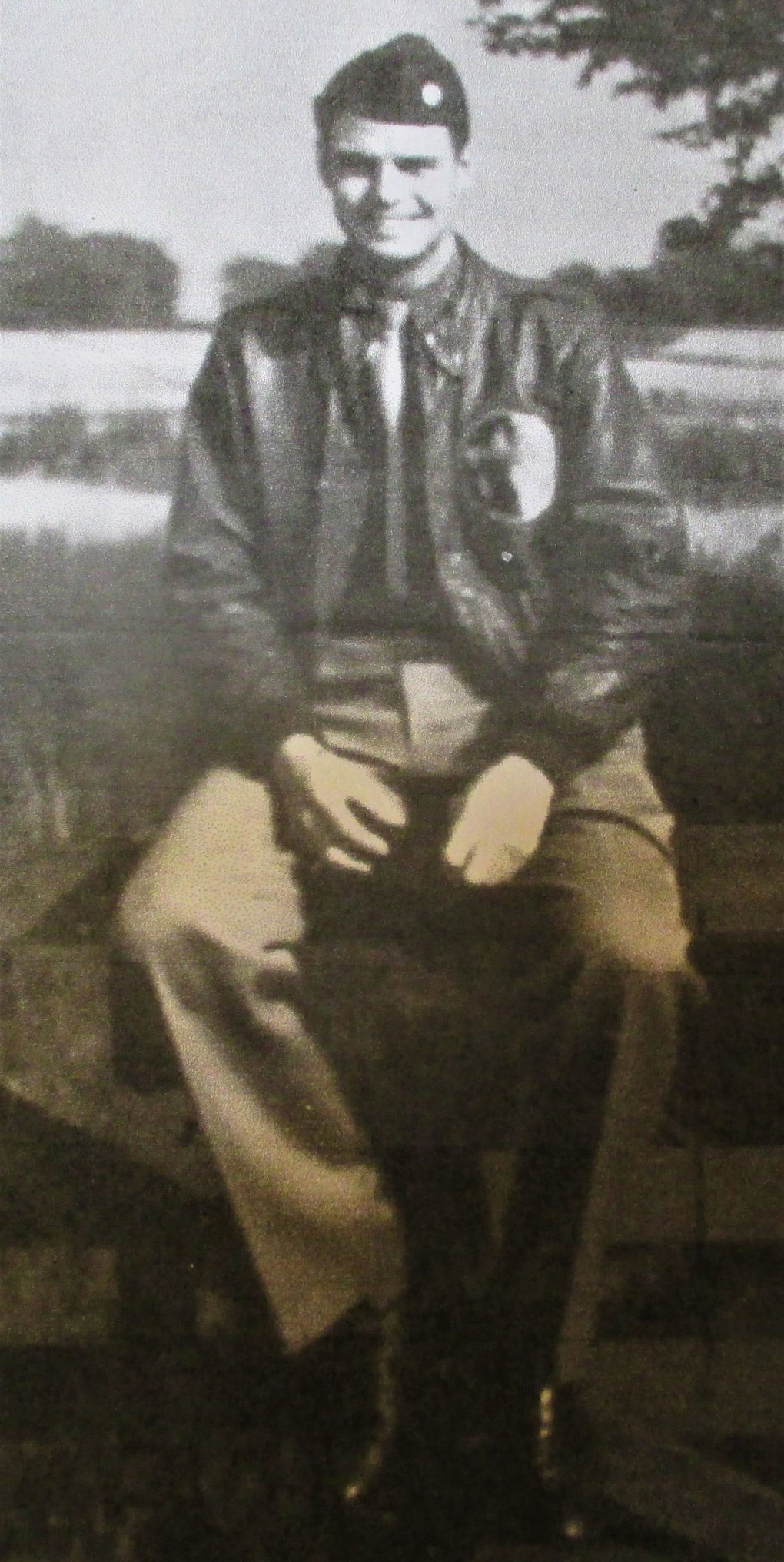 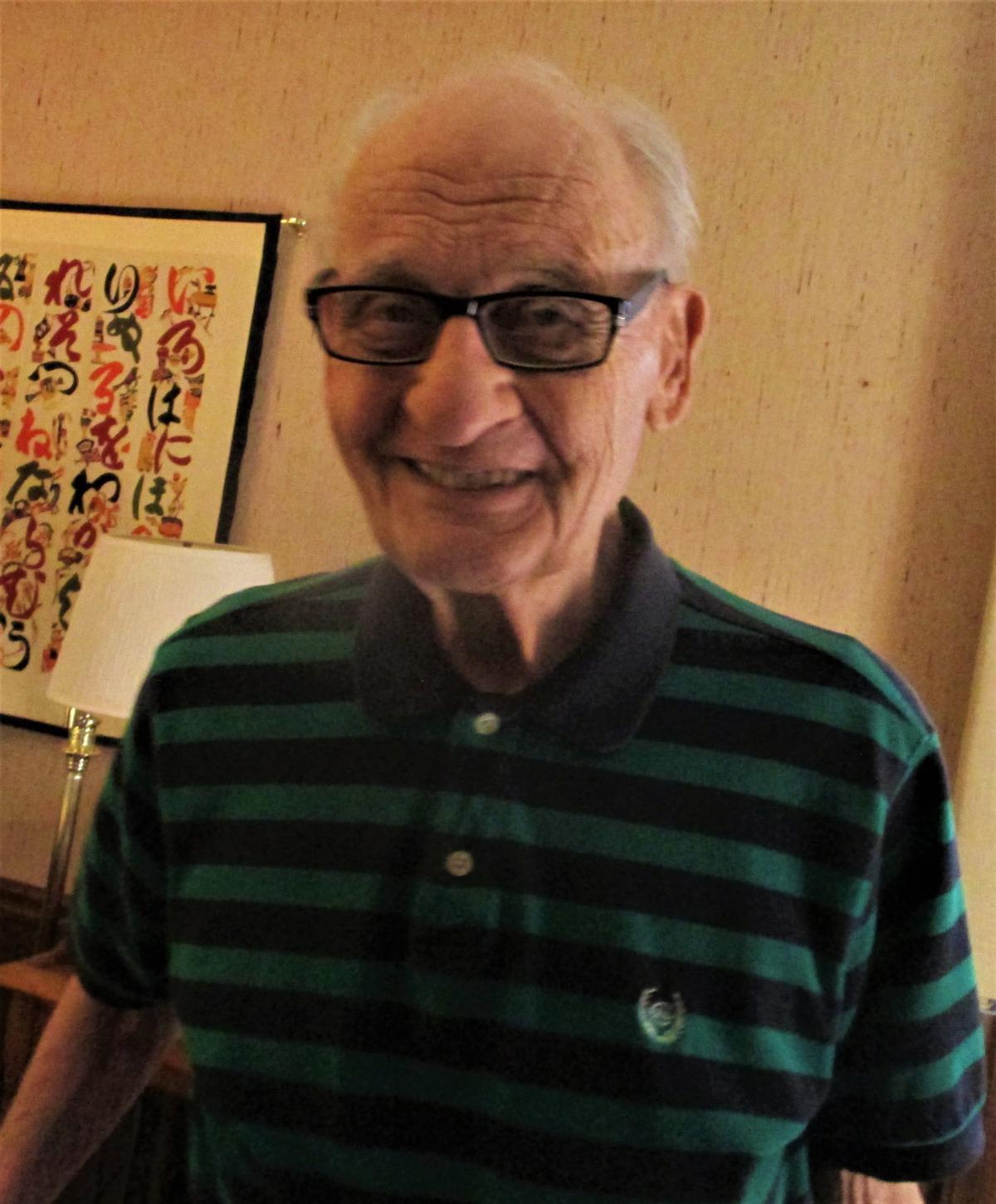 Albert Pultz ‘Al’ Lochra Jr.’s offer to loan me his newest Winston Churchill book should have been taken for the harbinger it was. Just minutes into our visit, a Churchill trait became obvious — never give up!

Case in point — now in his 93rd year, Lochra is recovering from his second knee replacement and a fractured hip.

As a 17-year old high school graduate in 1943, “I tried to join the Army Air Forces to serve with my brother, on the move from Africa to Corsica to Italy.”

Unfortunately, Pennsylvania selective service officials notified Lochra he had failed the entrance exams — only to be notified two weeks later he had passed the exams with flying colors.

Next, came the eye examination, which Lochra was told he failed. However, a civilian eye doctor found his vision to be perfect and wrote an appropriate letter to the Army.

By this time, Lochra was two days past 18 and drew the attention of the draft board.

“I figured being drafted meant the end of my Air Force dreams. It was such a pleasant surprise to receive orders for Air Force Basic Training Center #10 in Greensboro, N.C.”

After radio school in Sioux Falls, S.D.; gunnery school in Yuma, Ariz.; B-17 crew assignment in Lincoln, Neb.; and crew flight training in Rapid City, S.D., Lochra was among 11,000 troops aboard the Aquitania, bound for the war zone.

Upbeat about each of his training locations, Lochra was particularly impressed with Rapid City.

“I think it was a rite of passage, but when the pilot radioed us to look out the port window, we were eyeball to eyeball with the presidents on Mount Rushmore!”

Lochra joined the 100th Bombardment Group (Heavy), based at Thorpe Abbotts, about 100 miles northeast of London.

“We lost an engine on our second mission, and the ship started shaking like crazy. We completed the mission, but force-landed at the first strip we came to after crossing the North Sea. By then, only one engine was working.”

The 100th Bomb Group was called The Bloody Hundredth because of their high loss of aircraft and crews.

“By the luck of the draw, I was there during the easier part of the war for our group,” Lochra said. “We took some hits but only lost three ships and crews during my 19 missions while the group lost 11 in its 21 other missions.”

His non-combat missions were interesting, too. He flew U.S. casualties to Casablanca on their way home, picked up French slave laborers in Linz, Austria, and returned them home and dropped food and supplies to flooded survivors in Holland.

Lochra was surprised to be among the first to be moved back to the states. His return trip, with 15,000 troops, was aboard the Queen Elizabeth. “That wasn’t as lucky as I first thought — I was slated for B-29 training in preparation for the Invasion of Japan.”

After the war, Lochra was sent to Greensboro again — this time to Army Air Forces Redistribution Station #5. Lucky for him, he was invited to a Halloween wiener roast in Bessemer. “There were lots of pretty girls there — especially one.”

Lochra returned to his roots in Southwestern Pennsylvania and graduated from Thiel College. However, he had fallen in love with that especially pretty Bessemer girl. In August 1947, Mary Helen Fletcher became Mrs. Al Lochra, and in 1949, the new family settled in Greensboro.

After a few years with Sears, Lochra opened Page High School as a charter teacher of history and sociology. From Page, he joined Greensboro City Schools as director of vocational education and industrial arts.

He served almost 30 years in full-time administration with Guilford Technical Community College and eight more as a part-timer.

His daughter, Kathryn Saslow, mentioned a Churchill-ism that Lochra left out: “Daddy never stopped learning. Over the years, he kept going to school when he could. For his efforts, he has an MA from UNC in history and education, and an EdD from UNCG in education and sociology.”

On the day of our interview, Al Lochra reminisced her loss. “It was three years, four months and two days ago,” he said. The Lochras had three children, twin grandchildren, and two great-grandchildren.

Al Lochra certainly hasn’t given up on reading and writing, as evidenced by a messy desk and piles of projects.

He gave me a glimpse of his World War II memoir, a work in progress. I hope he publishes it — not many B-17 radio-gunners tell their stories through a doctorate’s prism.

Harry Thetford is a retired Sears store manager and the author of “Keep Their Stories Alive.” Contact him at htolharry@gmail.com or 336-707-8922.

WWII veterans reunite at former air base in England

Group disbanded but not forgotten

Al Lochra, 94, will receive the French Legion of Honor chevalier (knight) award Thursday during a ceremony at his church, First Lutheran Church in Greensboro. 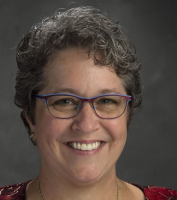 Fake news page lauds local officers for things they didn’t do, Winston-Salem police say. Responses from admins are in Russian.