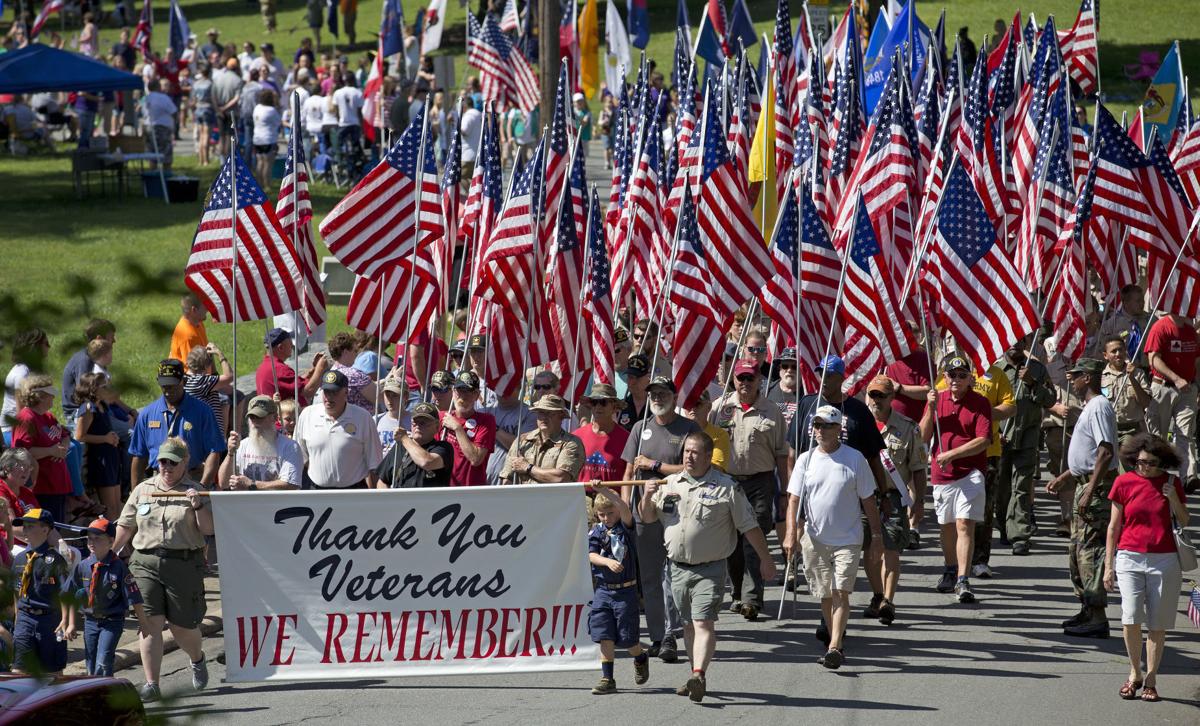 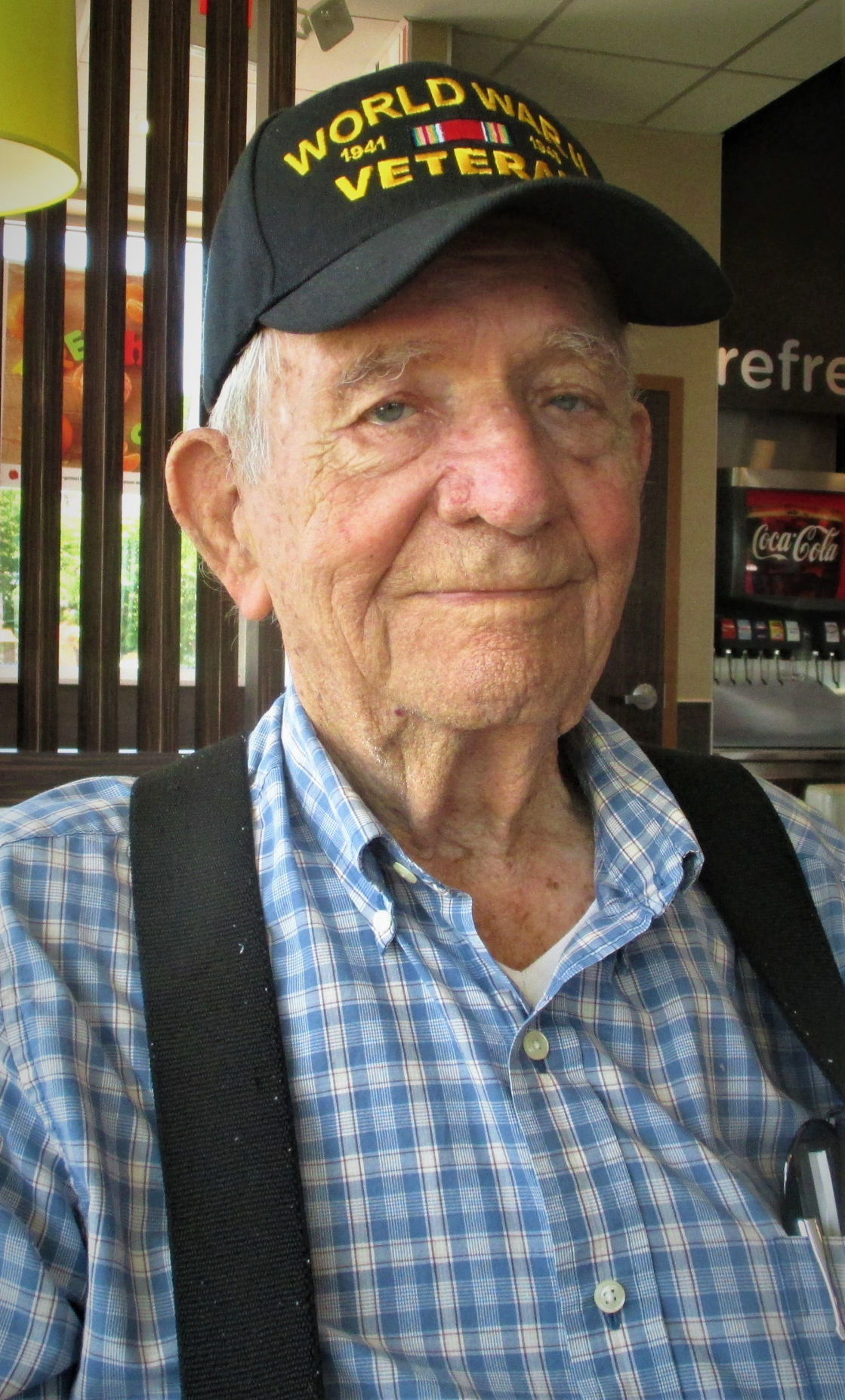 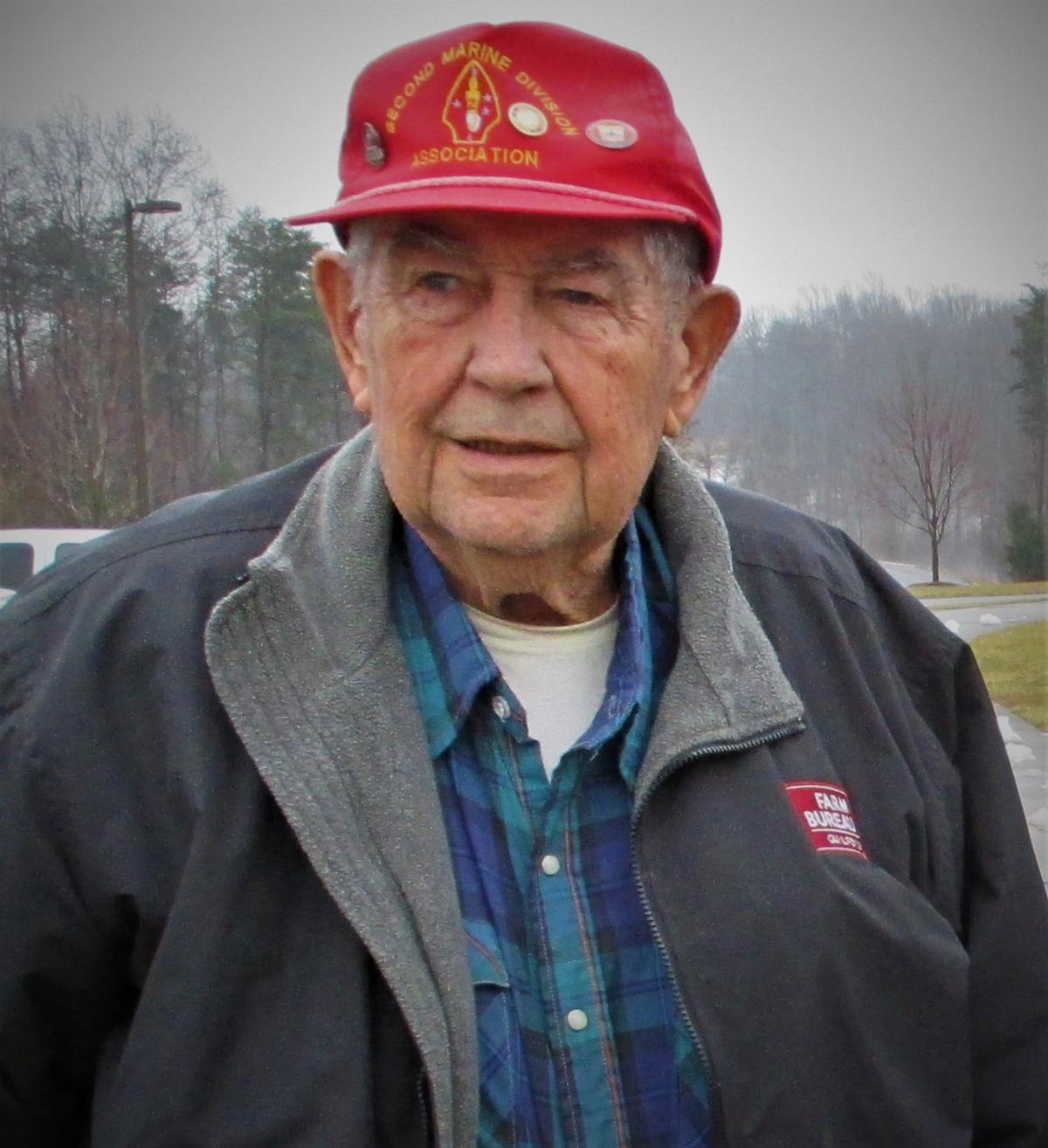 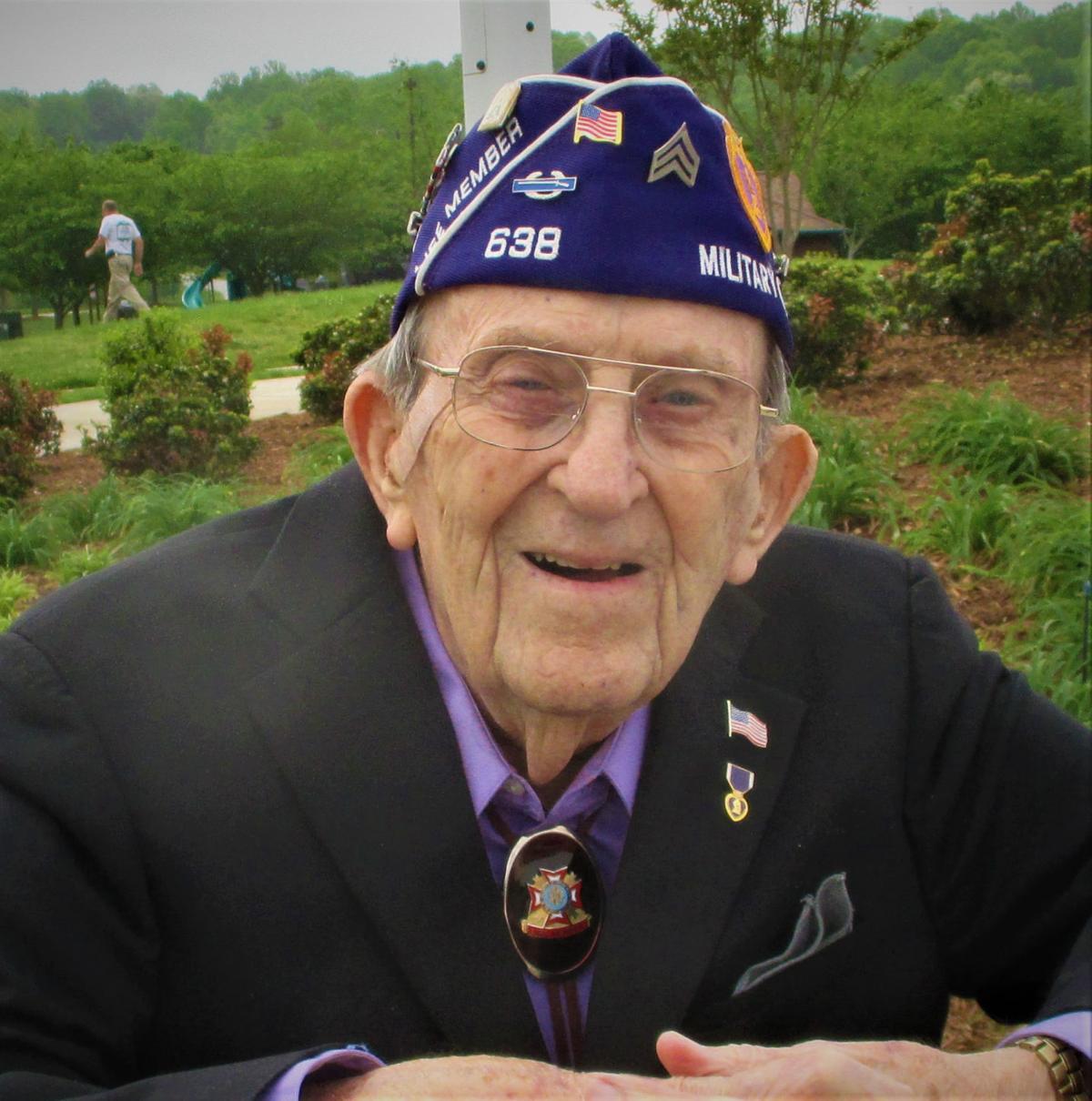 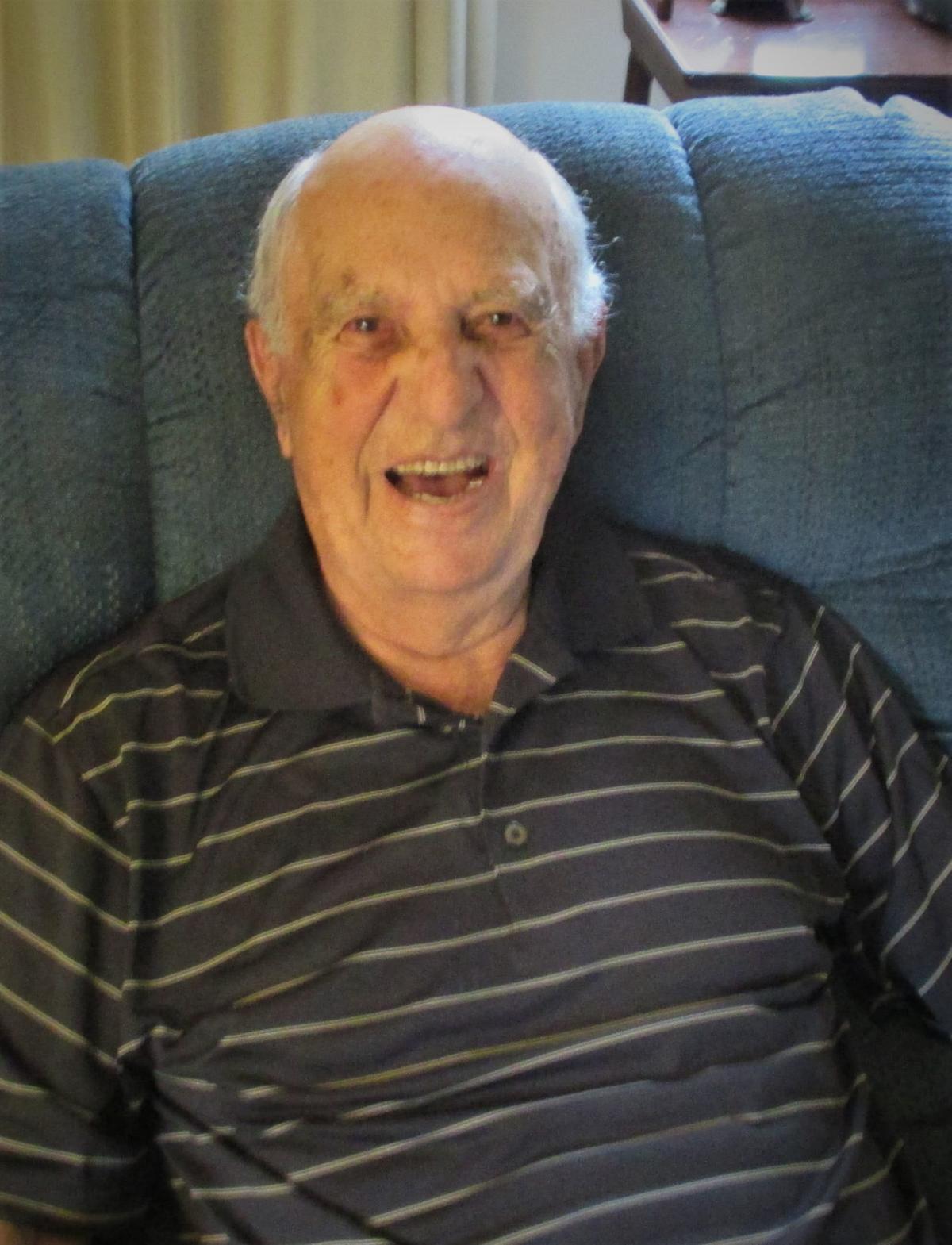 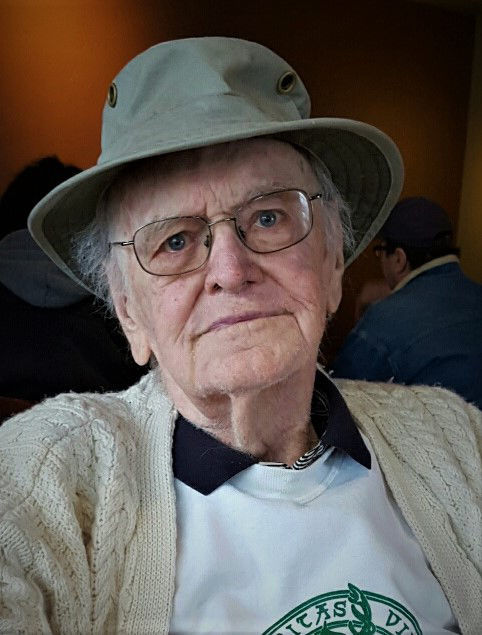 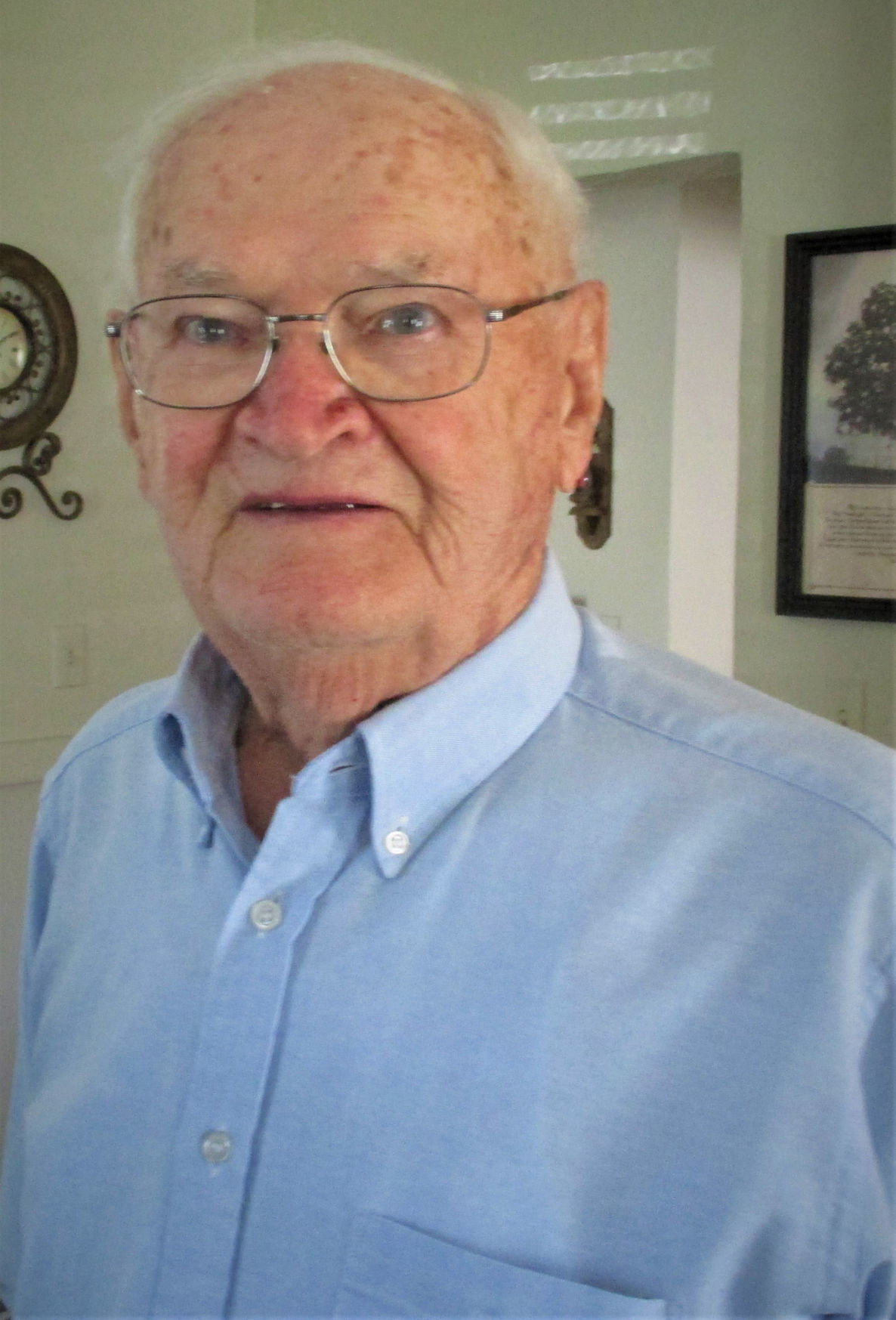 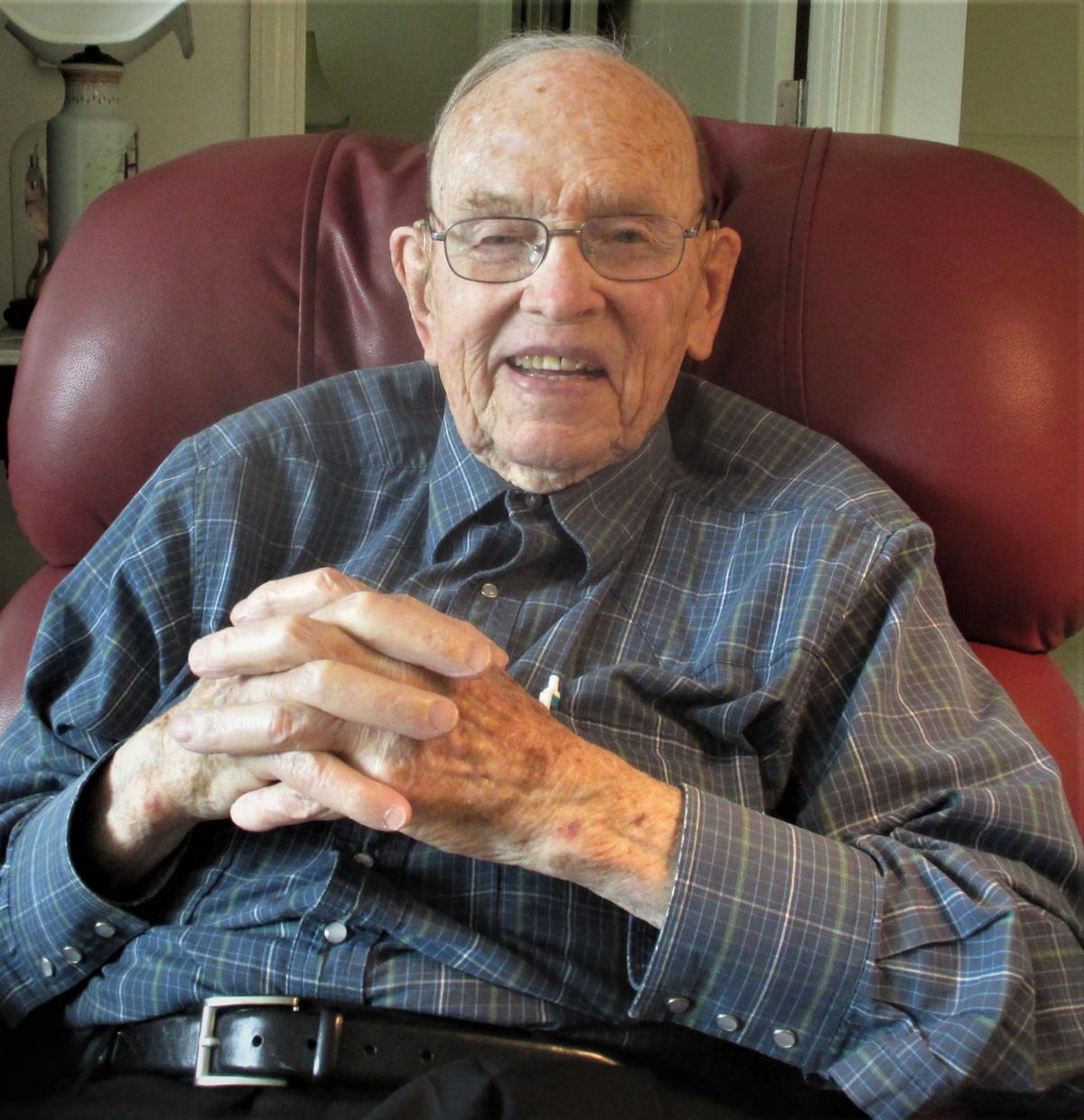 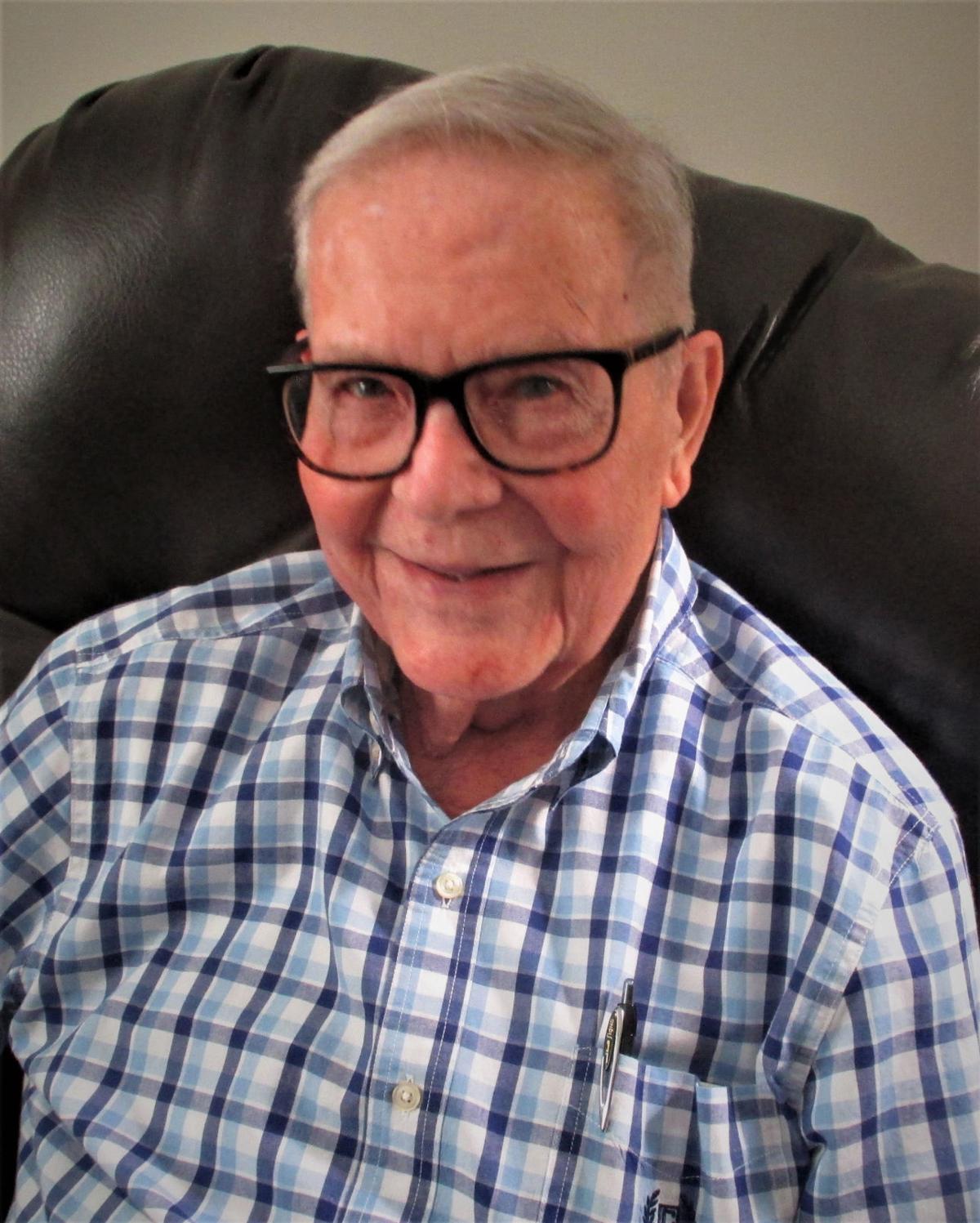 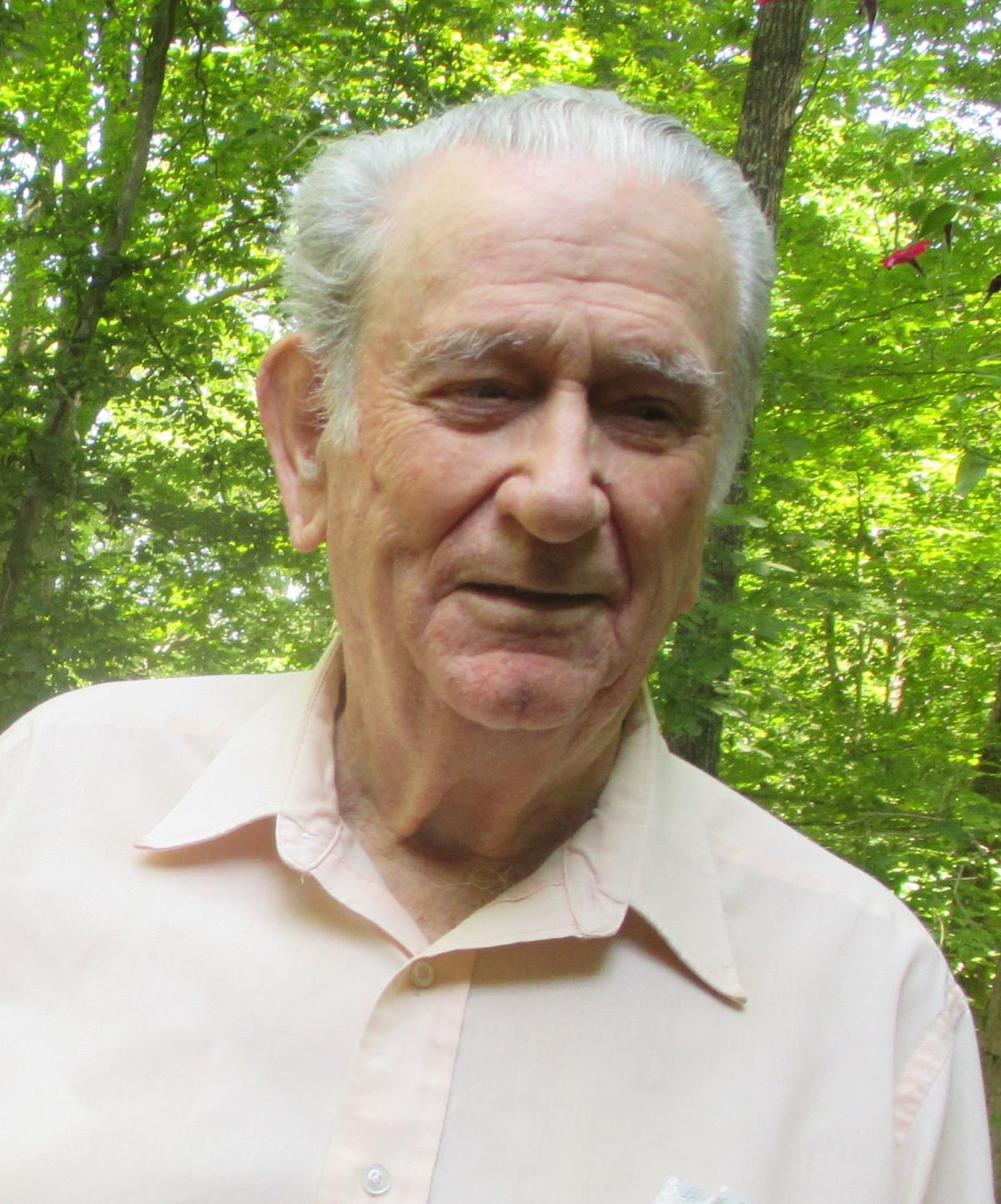 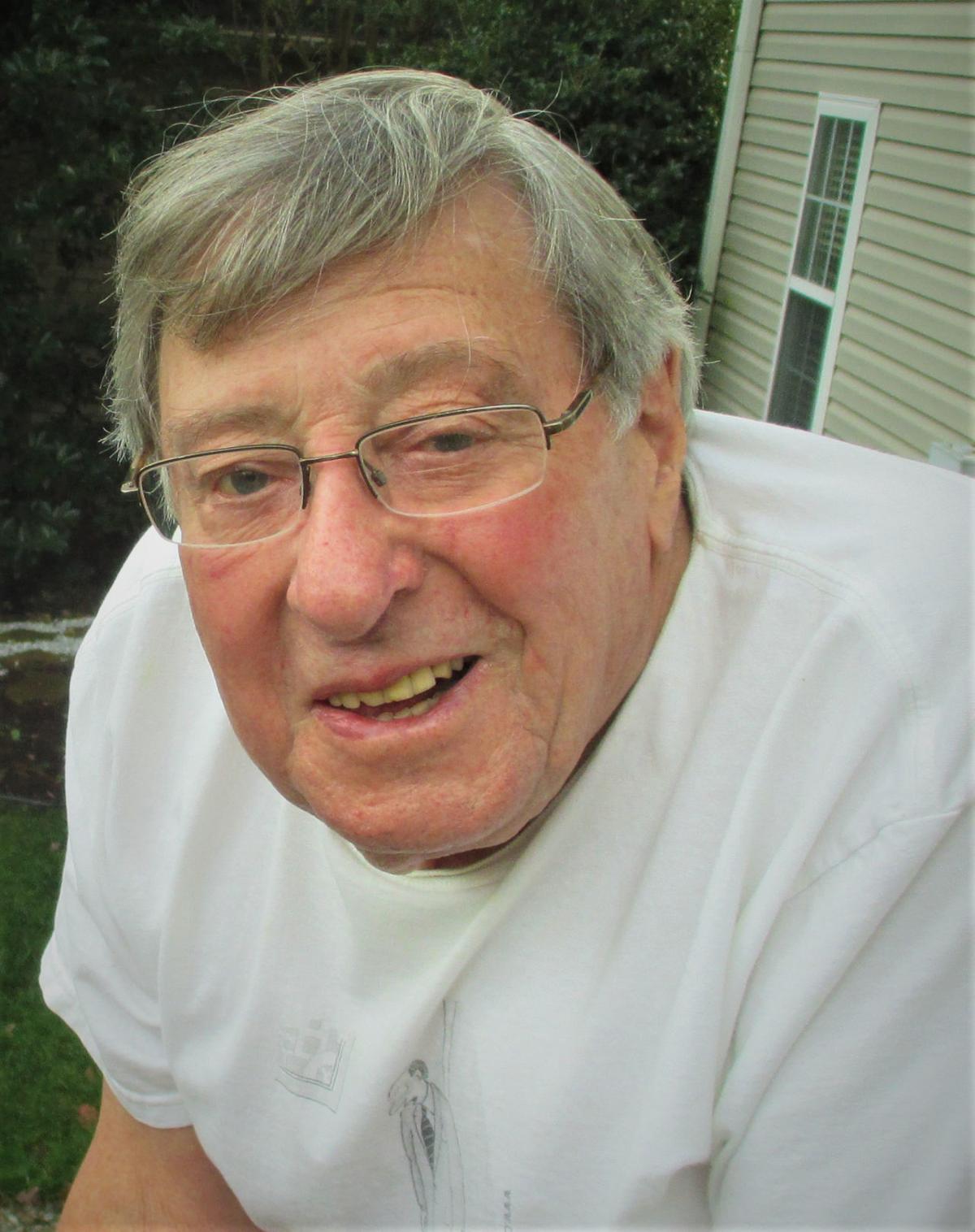 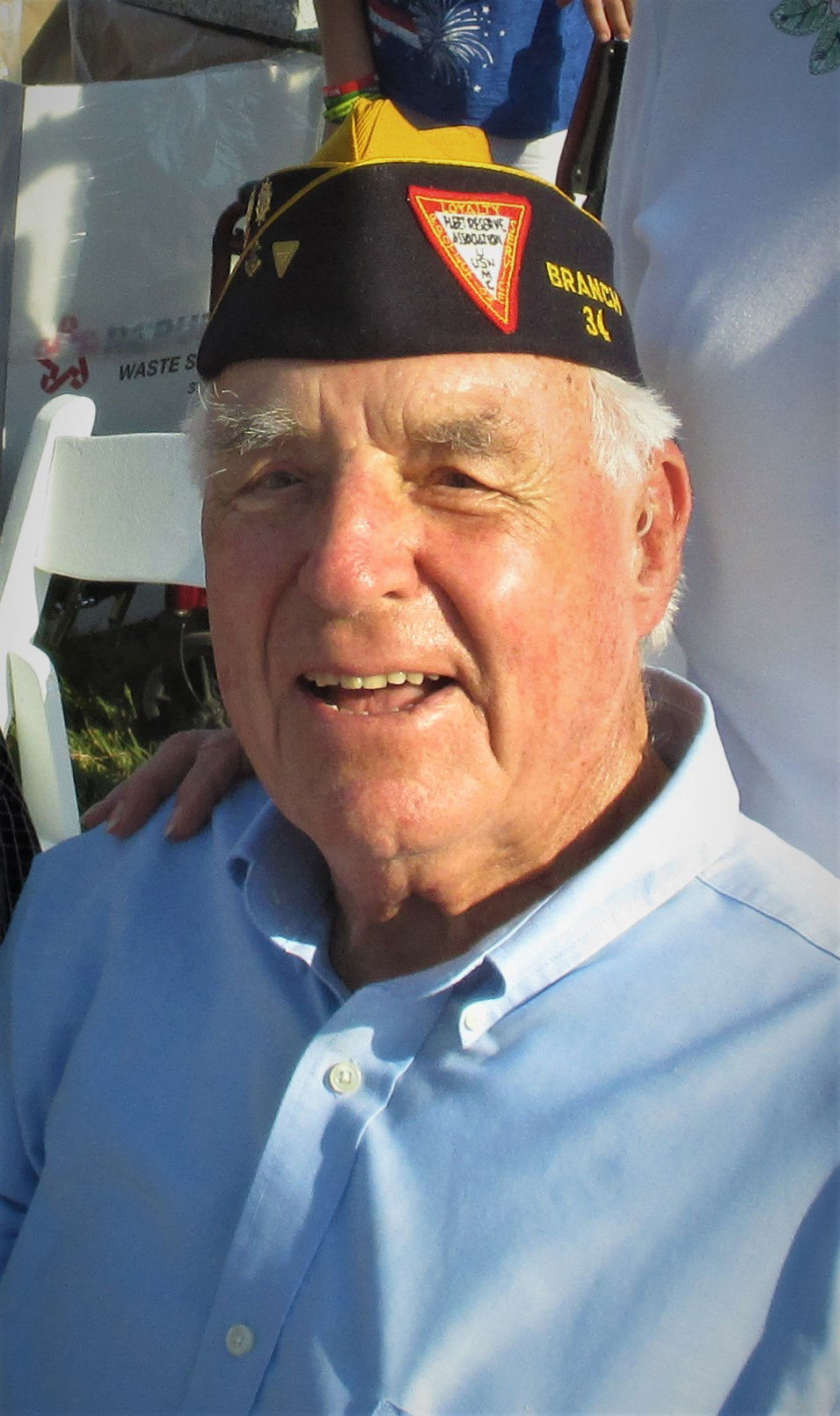 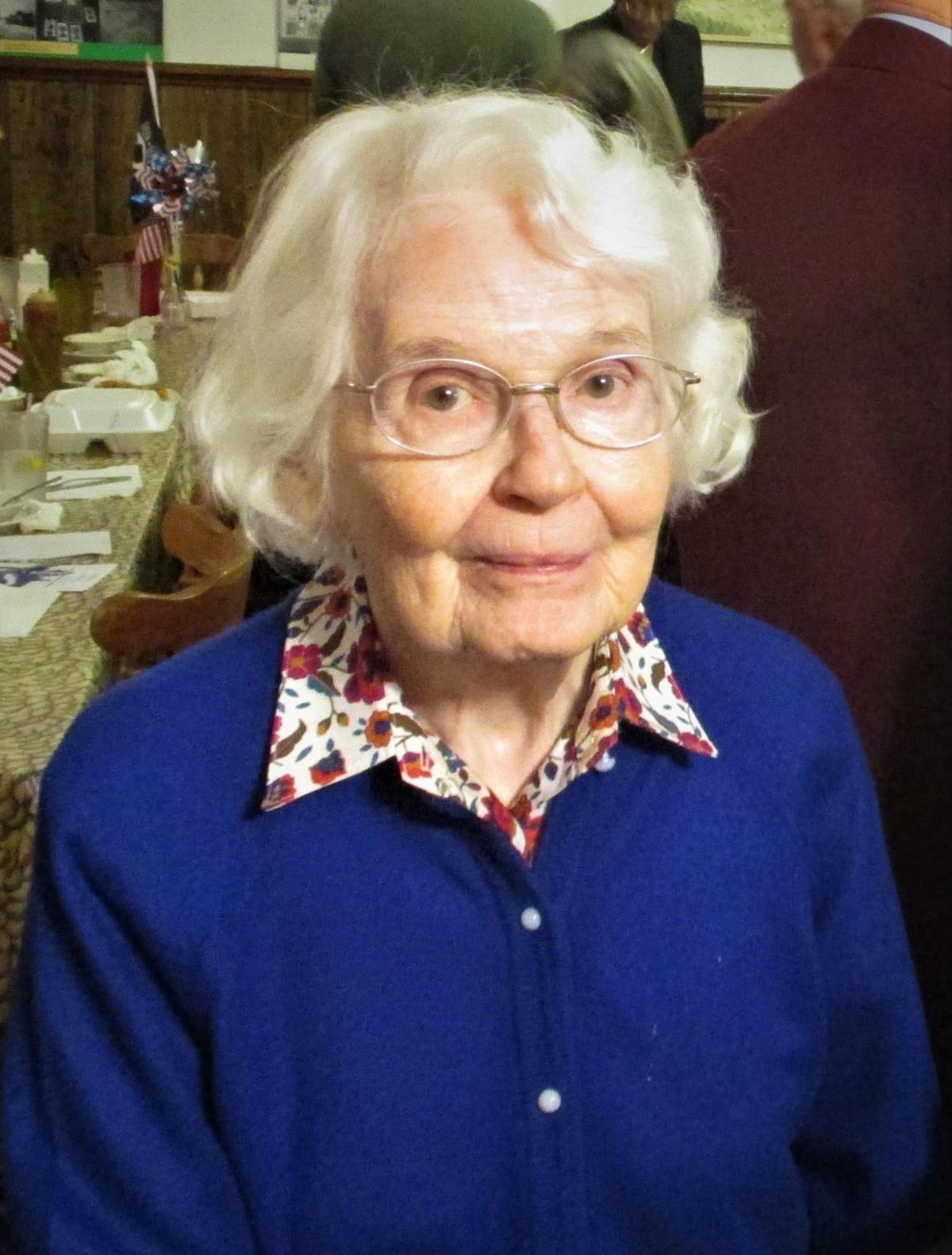 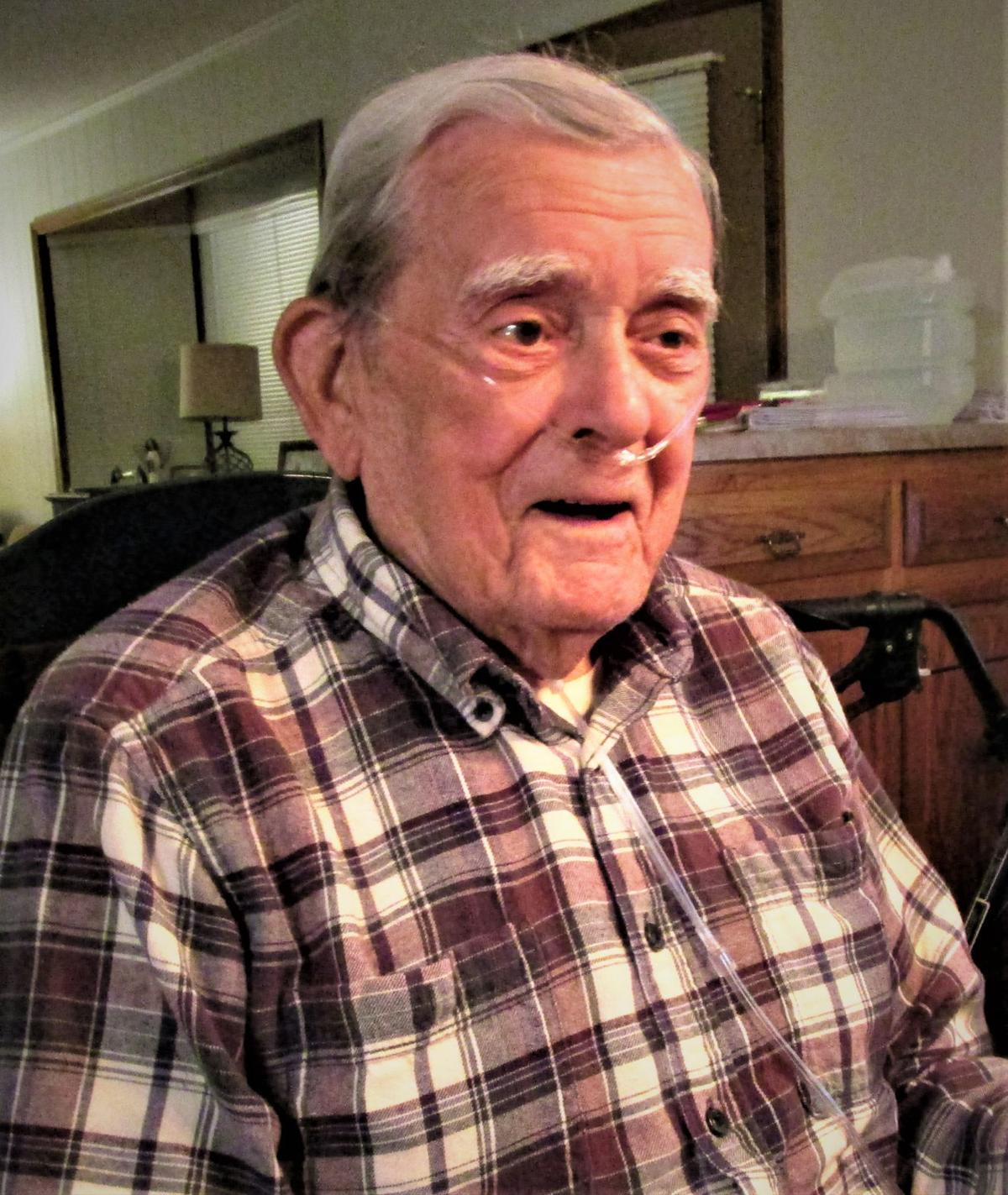 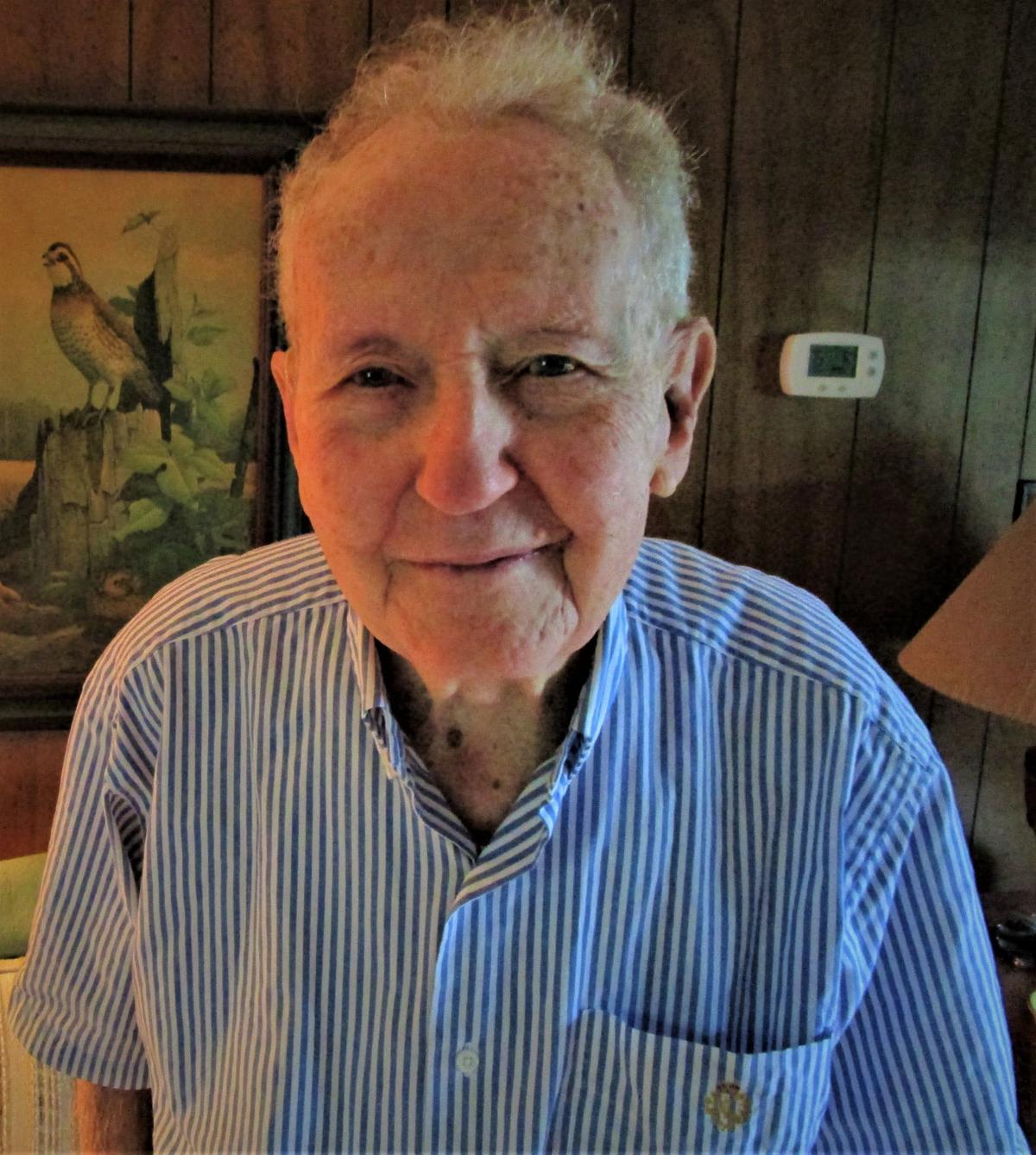 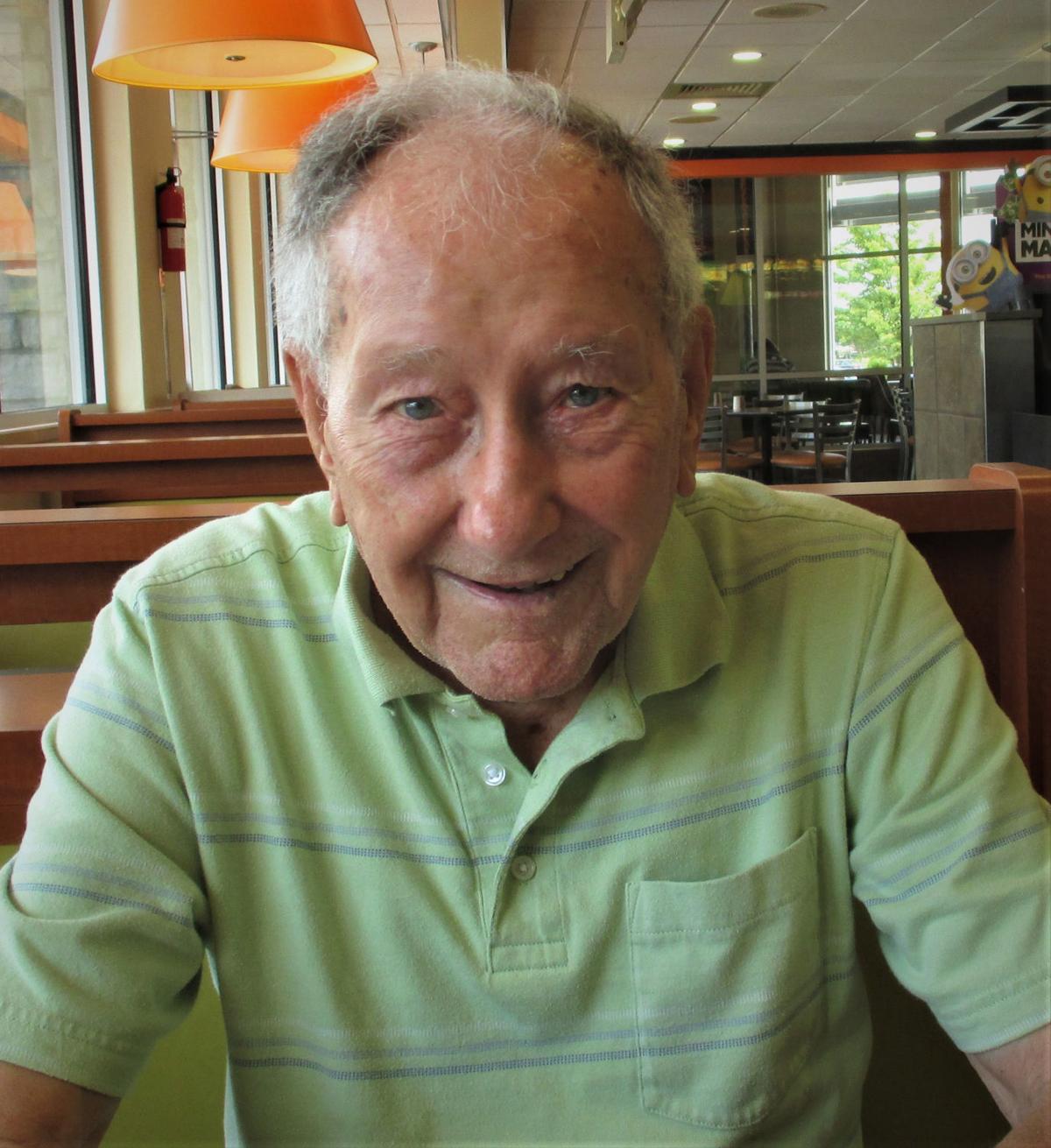 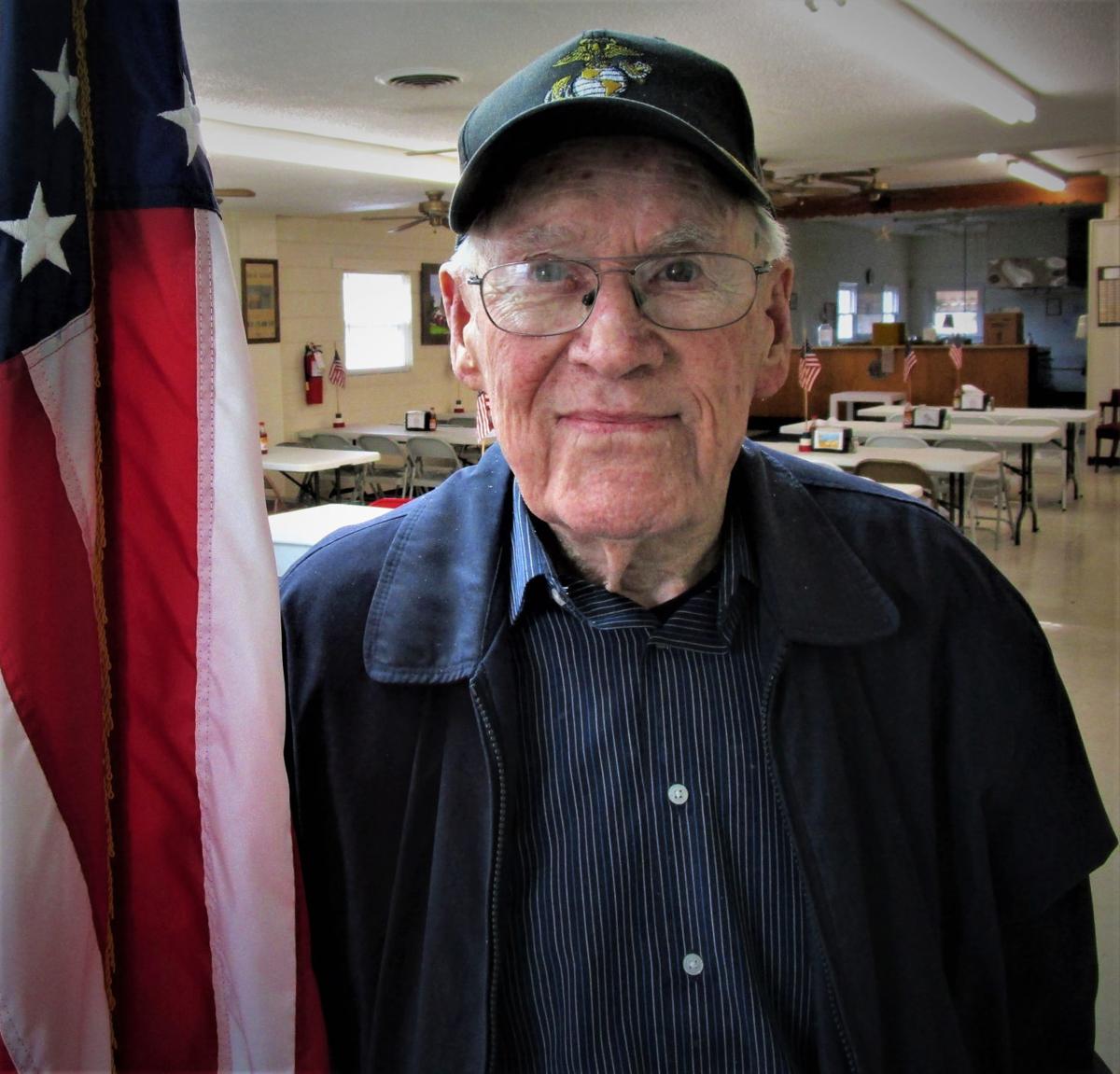 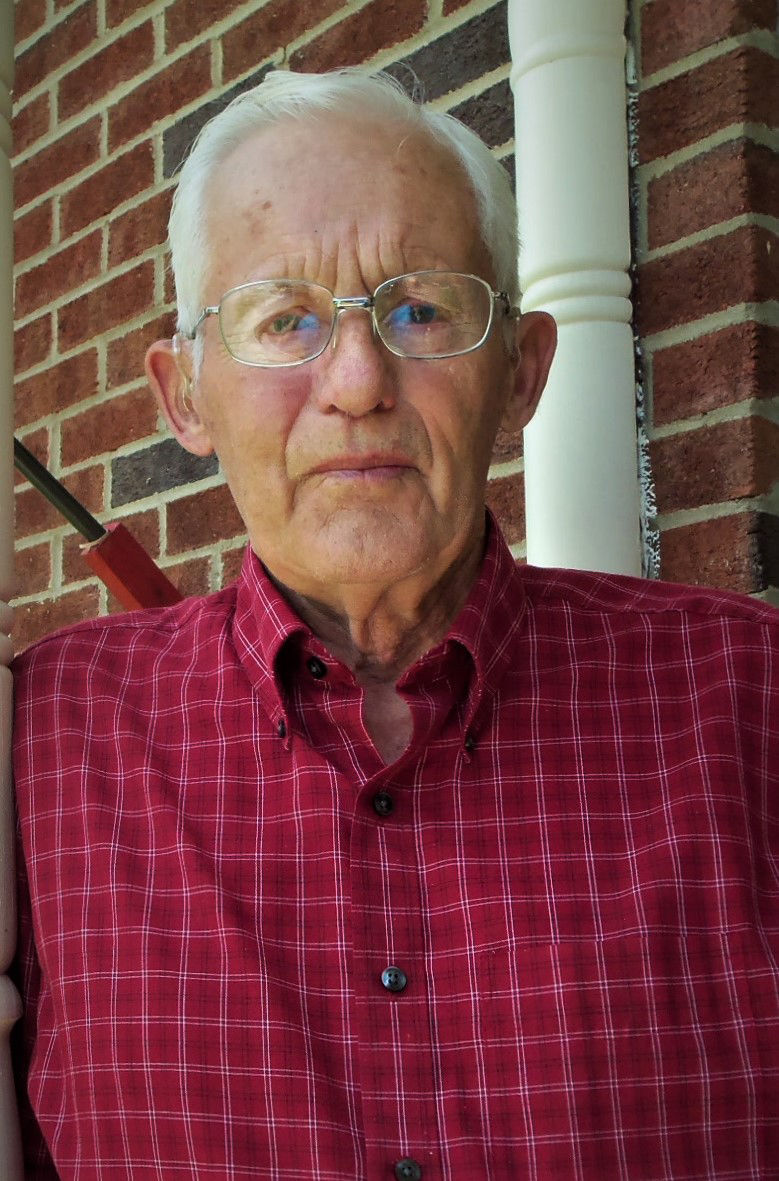 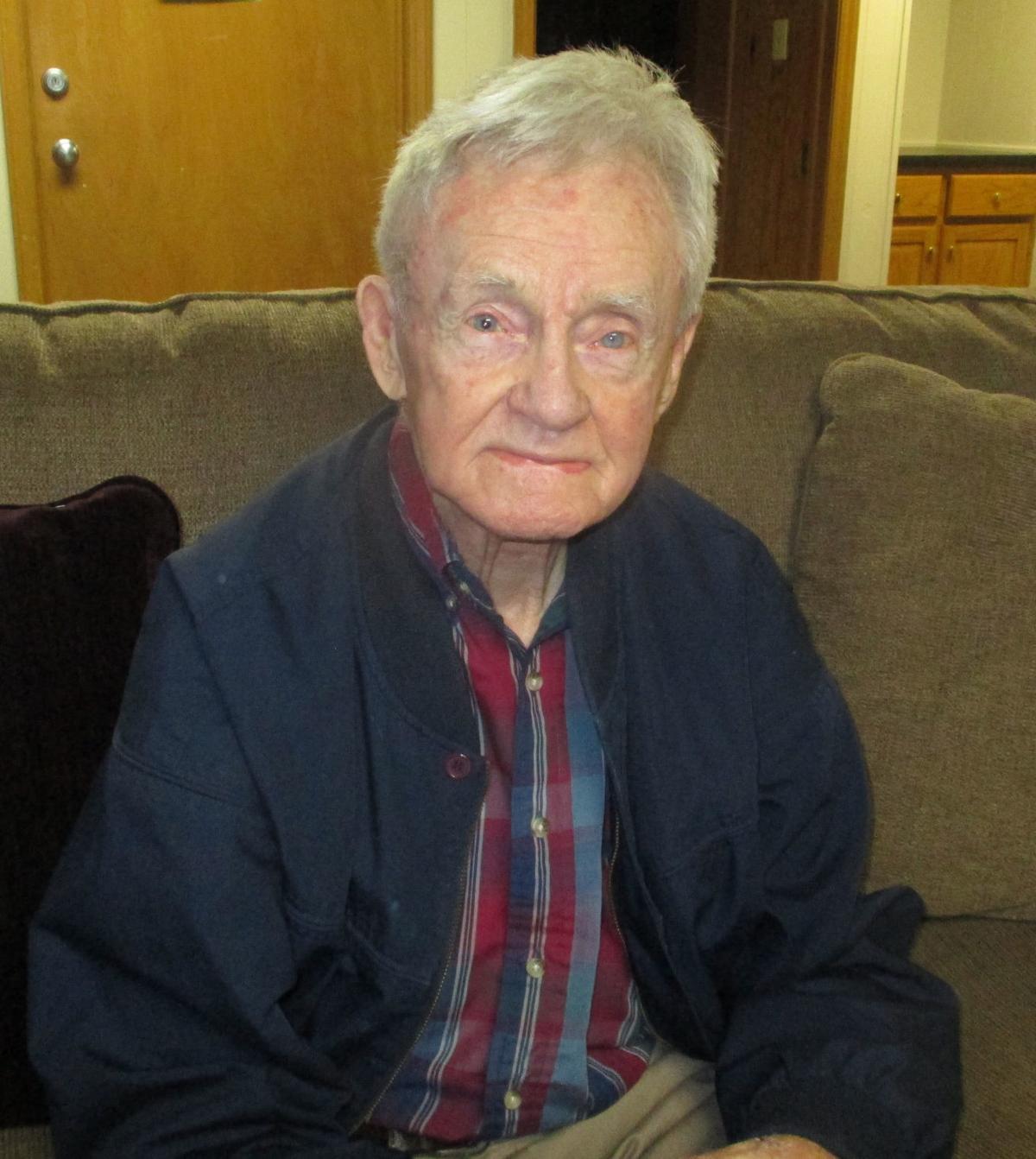 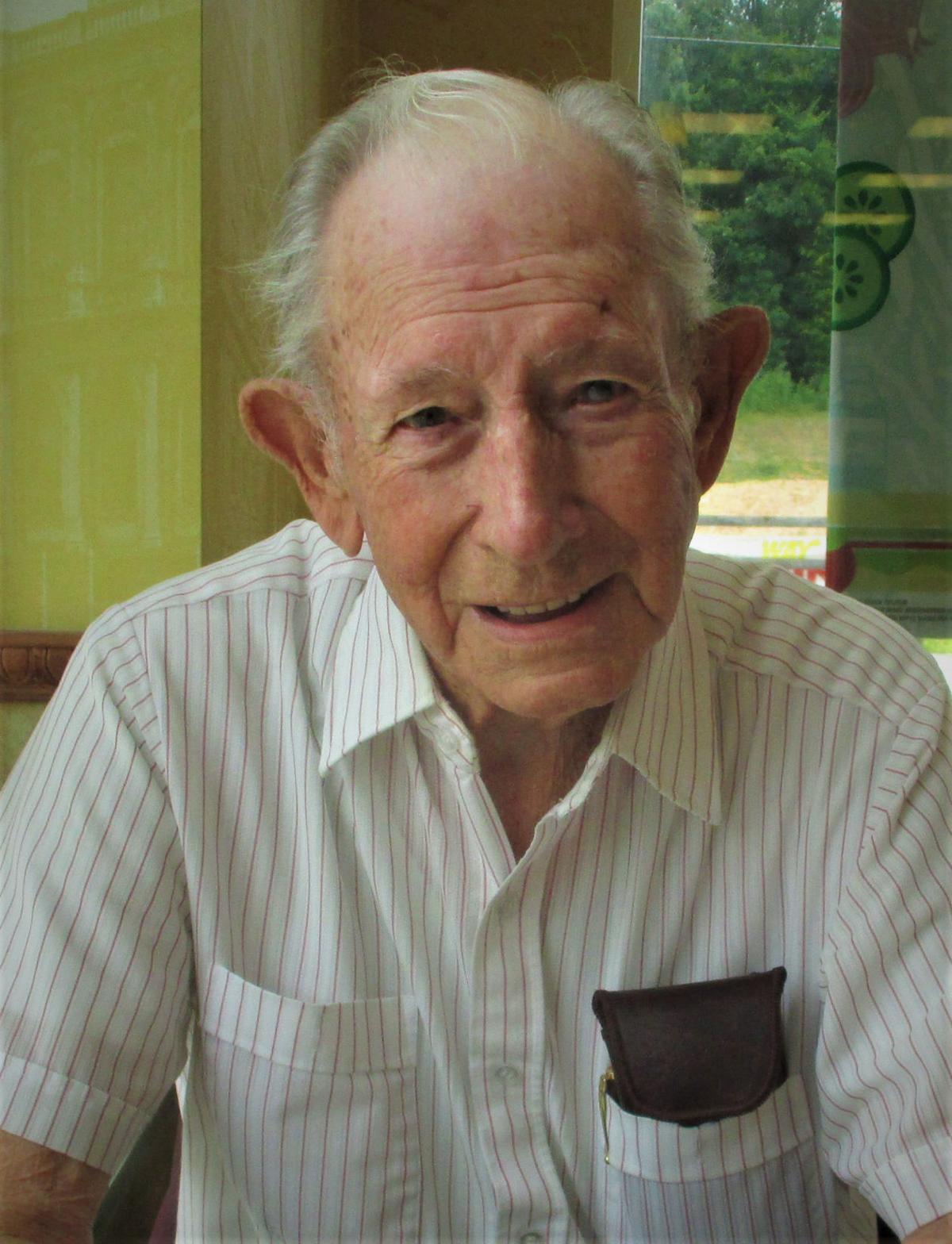 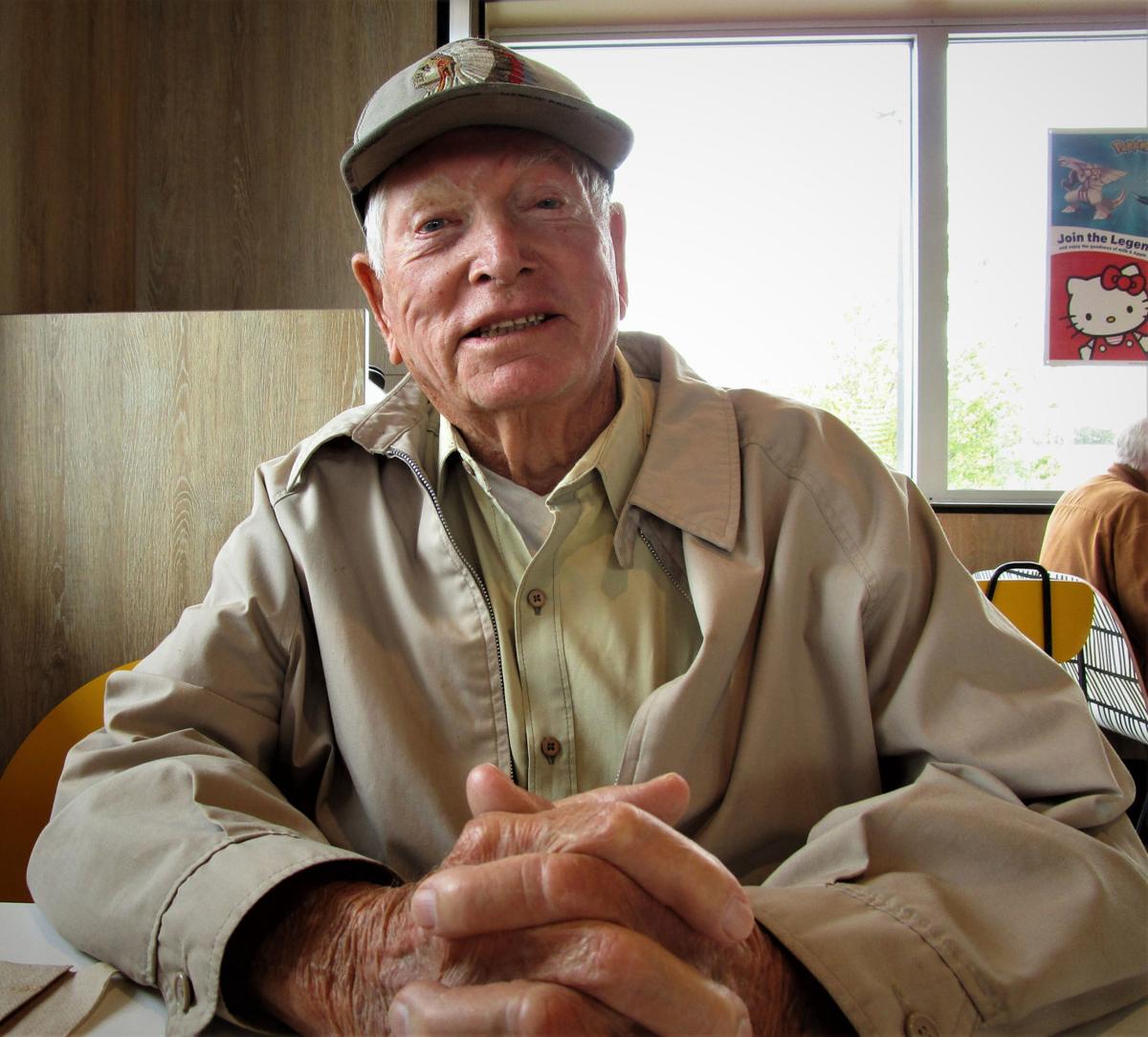 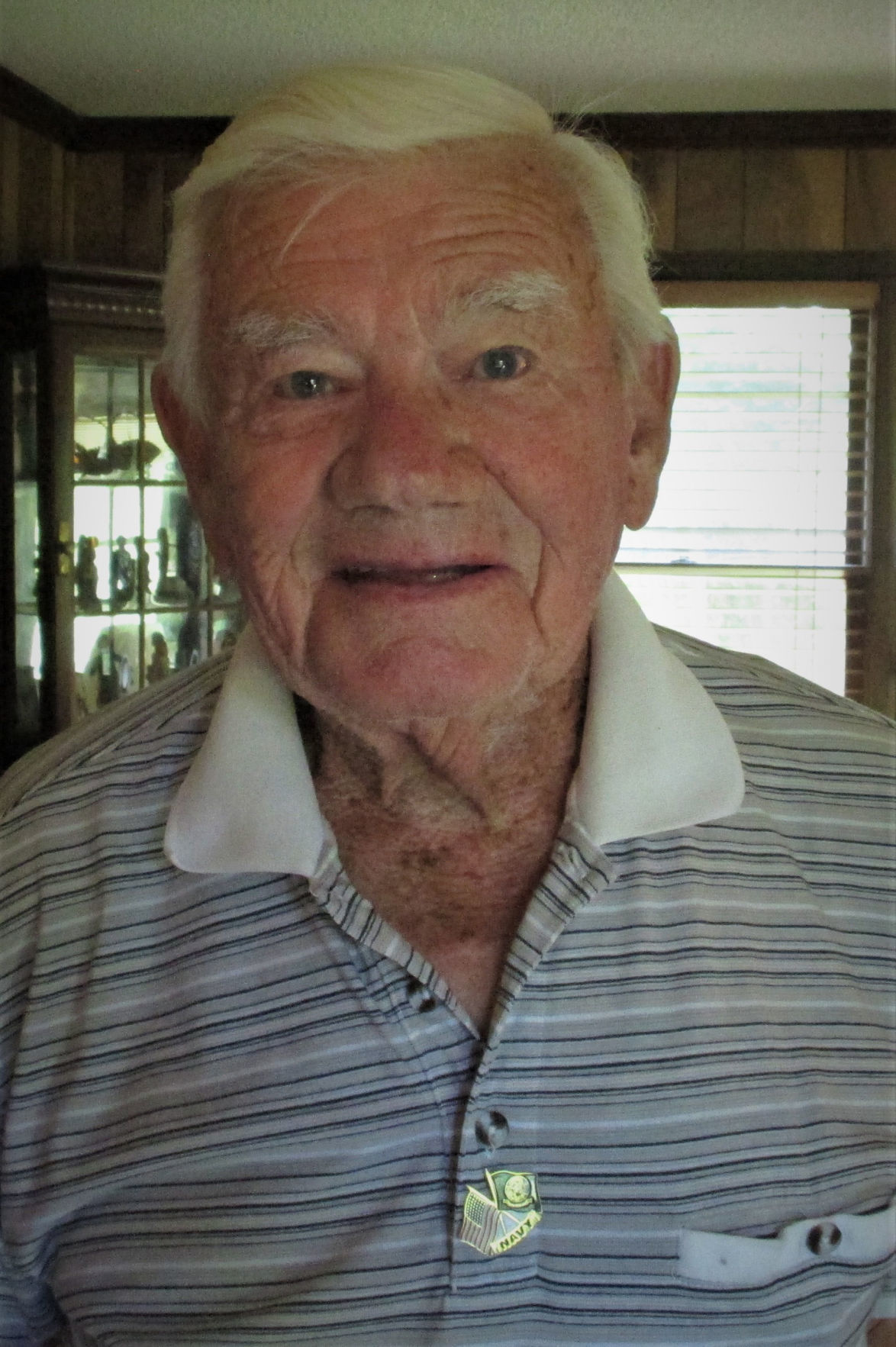 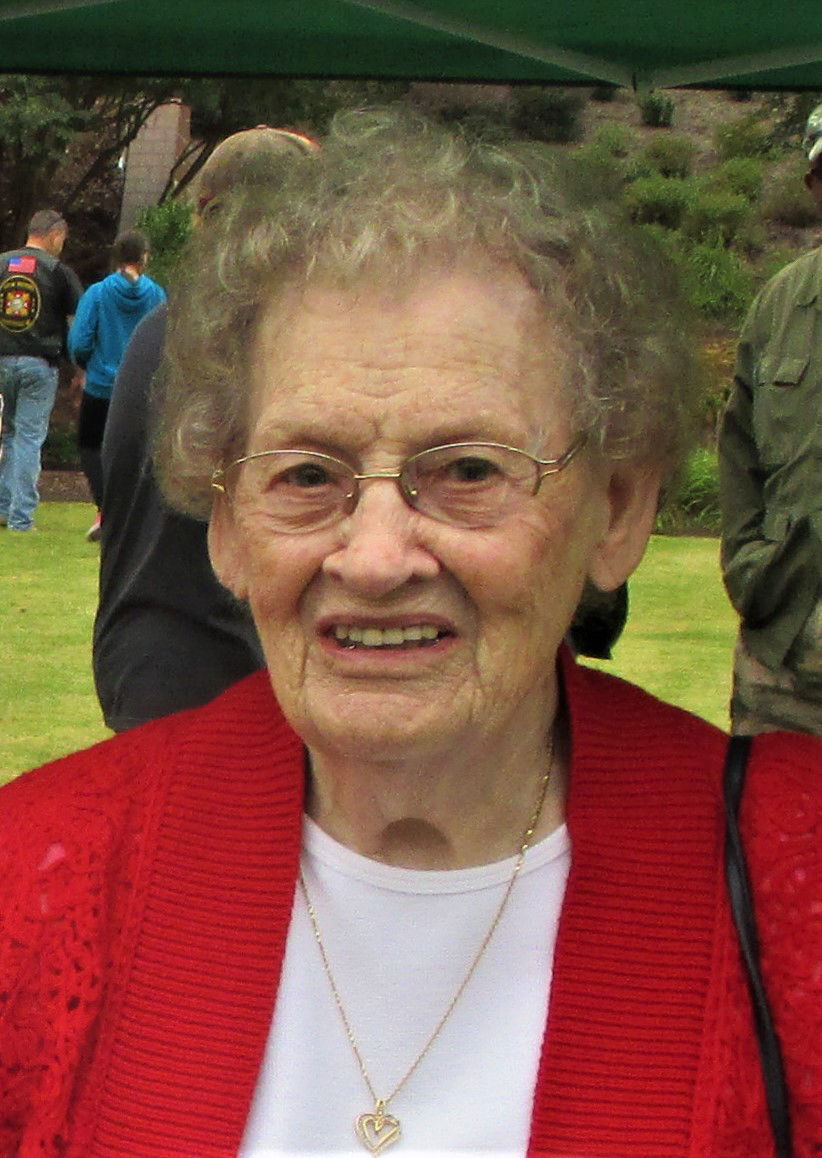 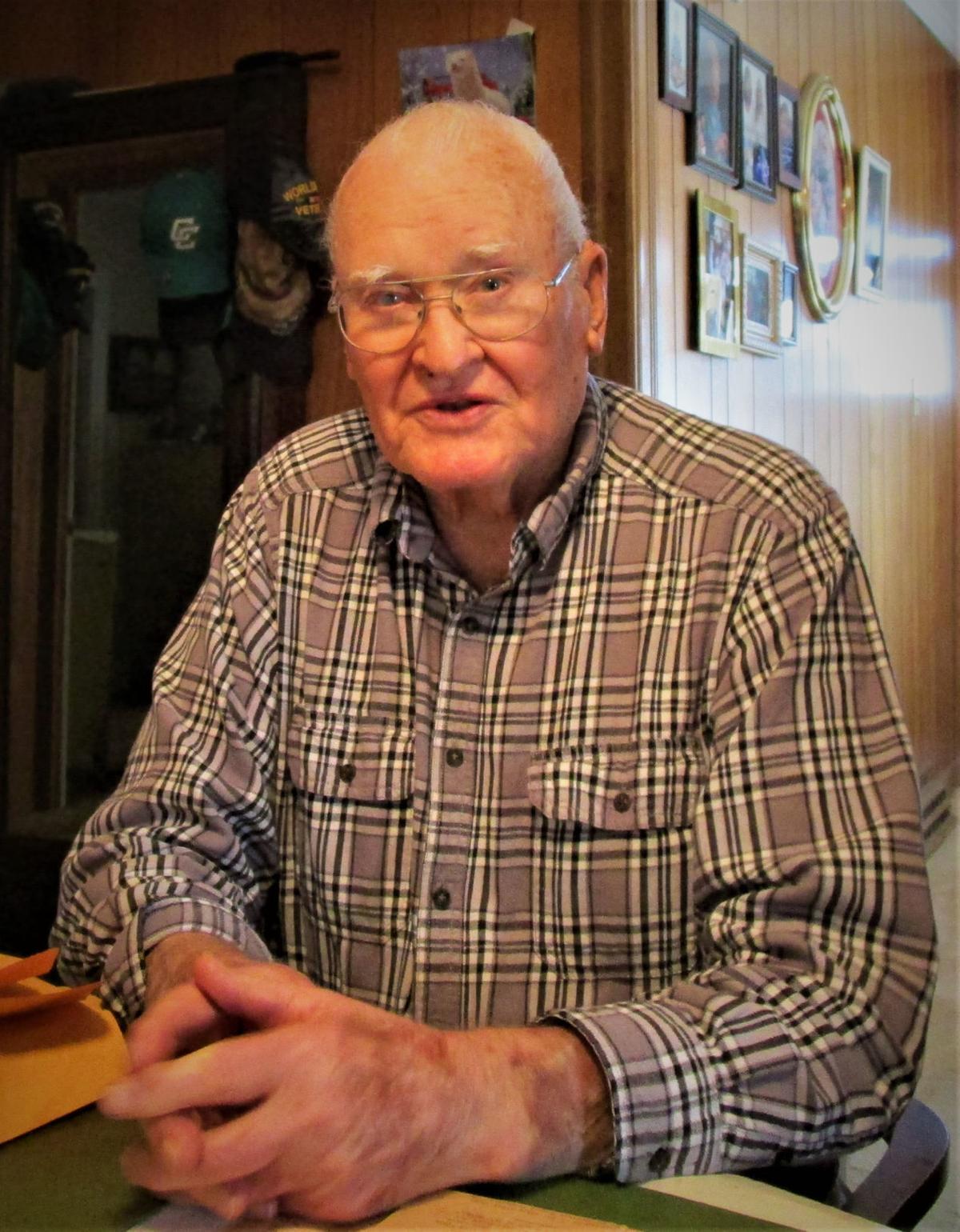 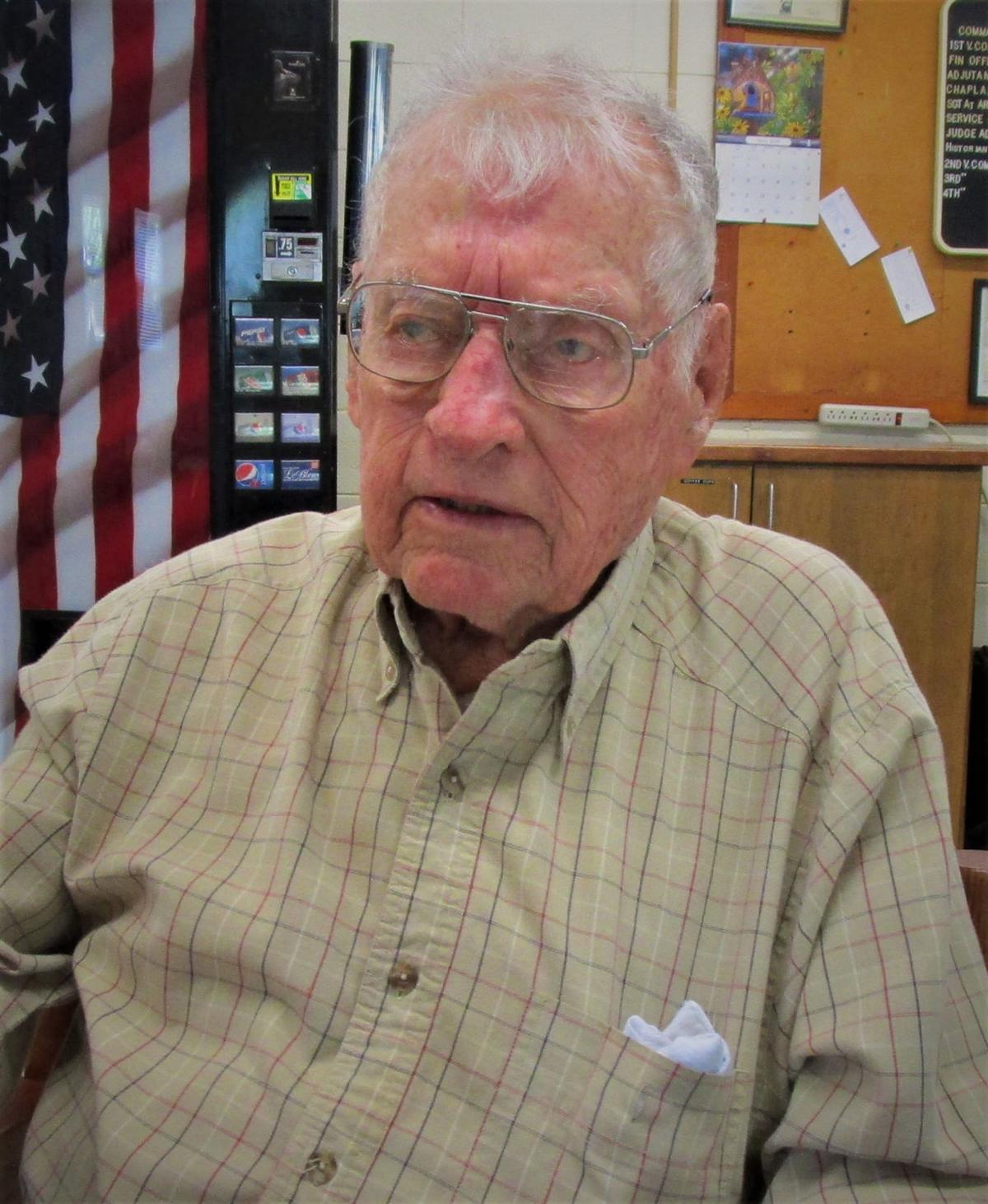 More than 200 World War II veterans have been written about in these pages. Each Memorial Day, we have memorialized those veterans our community has lost in the past year.

Since Memorial Day 2019, 25 veterans we have written about have died. All but one was a WWII veteran.

Perhaps you can contact one of the families listed below who will be going through their first Memorial Day season without their loved one.

Fred Pauldee “Paul” Dallas died June 18, 2019, at age 94. A graduate of Mississippi State University, Dallas served with the 45th Infantry Division in Italy and France. He was captured and spent most of WWII in a German forced labor camp.

William Hartsell “Bill” Kirkman, Jr. died June 26, 2019, at age 93. He served as a Marine in the battles of Saipan, Tinian and Okinawa. He retired from ABS Global Inc after 60 years of service. A farmer and cattleman, he was best known for horned Herefords he raised.

Phillip Lee Hewitt died July 22, 2019, at age 97. An Army veteran who was awarded a Purple Heart, Hewitt saw combat in Africa, Sicily and Italy, earning five combat campaign stars and a Bronze Star. He was a bugler and blew ceremonial taps well into his 90s.

David Page Haxton died Aug. 1, 2019, at age 91. An Army veteran of the Korean War, Haxton served as secretary general of the Junior Chamber of Commerce International and as UNICEF Director in South Asia.

Glenn Harrison “Buck” Campbell died Sept. 17, 2019, at age 95. As a Marine, he saw combat at Peleliu and Okinawa. He worked with Massachusetts Mutual Life Insurance Co. for more than 60 years. He was a legendary Rotarian and member of Memorial Presbyterian Church.

Charles Roberts Bailey died on Sept. 24, 2019, at age 95. As a Navy pilot during WWII, he flew from 10 different aircraft carriers during his 28 years of service. He was a member of Guilford Park Presbyterian Church.

Forrest Wade Bray died Sept. 26, 2019, at age 93. He served with the Navy during WWII aboard a LST at Normandy. He owned and operated a Greensboro construction and development company for many years.

Sydney LeBrun died Sept. 30, 2019, at age 94. He was an Army Purple Heart veteran of WWII and graduate of Georgia Tech. LeBrun ran his own business in Greensboro and was an international consultant for other companies.

Jane Doner Fredrickson died Oct. 12, 2019, at age 95. Her family was captured in the Philippine Islands in 1941 and spent the rest of the war in a Japanese prison camp. She and her husband, Bob, were schoolteachers in Greensboro for many years.

Lonnie Ray Preslar died Oct. 16, 2019, at age 95. The longtime Thomasville resident was awarded two Purple Hearts and a Bronze Star for his WWII service, which included the Battle of the Bulge, Germany’s last major offensive of the war.

Edward L. “Bud” Hedrick died Oct. 30, 2019, at age 99. The Asheboro native served as an artillery officer during WWII. He founded a textile manufacturing company and after retirement started a real estate investment company.

Lewis Henry Webb died Nov. 18, 2019, at age 95. The N.C. State graduate was an Army combat engineer during WWII in the European Theater. He retired from F.M Global Insurance Co. after 35 years of service.

Marshall W. Blake died Dec. 11, 2019, at age 94. The Rankin High School graduate served with the Marine Corps during WWII and was wounded on Iwo Jima. He retired from AT&T Inc.

LaMar Gentry Doutaz died Dec. 20, 2019, at age 94. He served with the Navy on the USS Doherty during WWII. He loved genealogy and was particularly proud of the many family generations who have served militarily.

Raymond Franklin Reddick, Jr. died Dec. 28, 2019, at age 95. He was an Army D-Day survivor of WWII and retired from the Greensboro Fire Department after 30 years of service. He was a longtime member of Hinshaw United Methodist Church.

Milton Percy Stanfield died Jan. 5, 2020, at age 97. A Monticello High School graduate, he was an Army Purple Heart veteran of WWII. He retired from the Sears, Roebuck & Co. distribution center.

Roy Franklin Gleason died Jan. 14, 2020, at age 92. He joined the Navy at age 16 and served as a boatswain’s mate aboard the USS Nevada during WWII. He was self-employed and a member of Living Hope Worship Center.

John Anderson McGlohon died Feb. 2, 2020, at age 96. He was a B-29 aerial photographer during WWII who photographed the Hiroshima atomic bomb explosion. He retired as Asheboro fire chief and served 16 years as a city councilman.

Everett Curtis Barham died Feb. 5, 2020, at age 96. He served in the Navy during WWII and retired after 32 years of service with Sears, Roebuck & Co. Barham served in practically every leadership position at Summerfield First Baptist Church. (His Navy brother, Otis, died Aug. 27, 2019)

Virginia Causey Cudworth died March 16, 2020, at age 98. Her husband, James W. Cudworth was a World War II B-17 bombardier who spent most of the war in a German prisoner of war camp. The couple founded the Greensboro American X-POW Association.

John H. Ford died April 10, 2020, at age 98. A graduate of the University of Cincinnati, Ford was an artillery officer and company commander during WWII. He retired from Ford Meter Box Co. which was founded by his father. He founded the Greensboro Honor Guard,,which provided military rites for more than 900 Guilford County veterans.

Paul E. Haney died May 7, 2020, at age 99. The Rockingham County resident was a P. Lorillard retiree. He was a WWII Purple Heart recipient and received France’s Legion of Honor Award in 2018.

While Memorial Day isn’t World War II specific, that generation is the most affected by life expectancy tables. Even so, do not miss this Memorial Day opportunity to memorialize anyone — of any venue — who put their lives on the line in service to our country.

Harry Thetford is a retired Sears store manager and the author

of “Remembered,” a book about 99 former students of Greensboro Senior High School who were

killed during World War II. Contact him at htolharry@gmail.com or

How should N.C. reopen schools? New poll shows residents divided over what plan to use.