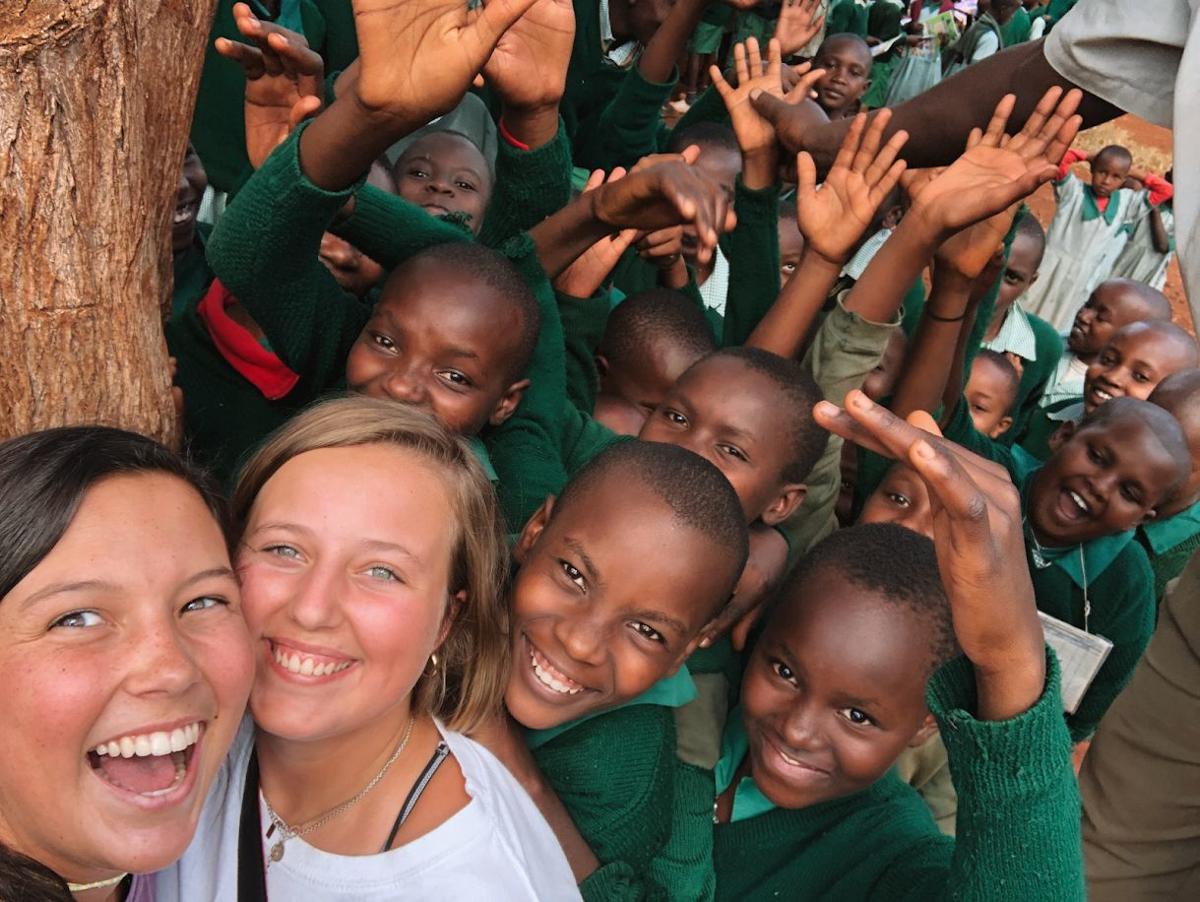 Students from First Presbyterian Church visited Kenya this summer to help build a school and to meet pen pals they have kept touch with over the last year. 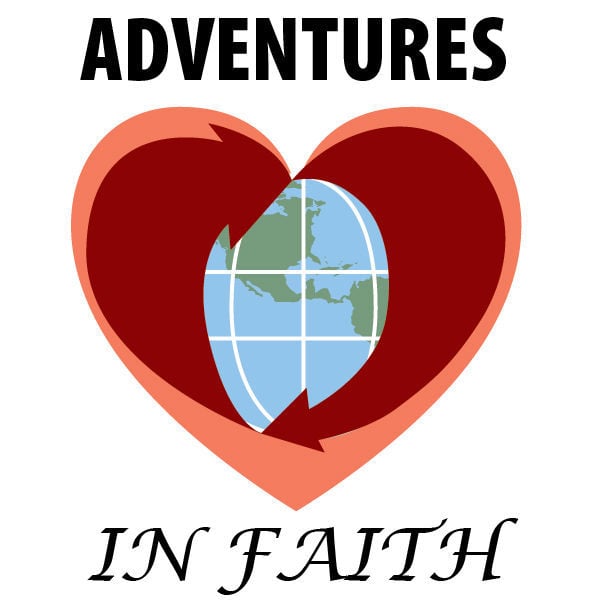 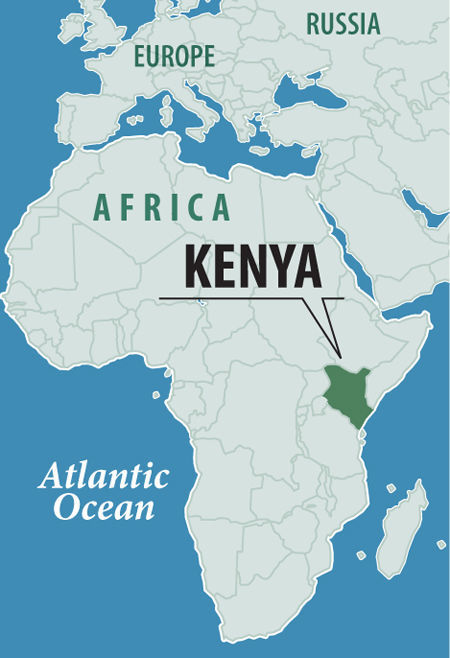 On July 11th, myself, 14 kids and six adults began our extensive travels to Ngong, Kenya. After two years of preparation and partnership with gracious leader Purity Ruchugo from Sister2Sister International, finally arriving in the Nairobi airport was a relief.

Traveling on an international mission had always been a dream of mine, though one I never expected to come true while still in high school. After meeting Purity, a woman living in Winston-Salem but who was born and raised in Kenya, and hearing her story and mission with Sister2Sister, all of our initial doubts about whether we were meant to go on this trip subsided.

As big of a dream as mine was, Purity’s dream was even bigger. She always felt called to return and continue God’s work in her home country.

Purity first began a feeding program at the primary school which she attended, serving lunch to over 100 students every day.

While in Kenya, we got to serve and share this meal with the students, experiencing firsthand the joy which filled them.

Refusing to stop there, Sister2Sister is currently in the process of building a children’s home and school in Ngong, situated right next to the mission house — also built by Sister2Sister — where we were fortunate enough to stay. As we assisted with the landscaping and building of this school, we kept in mind the vision of the walls filled with kids reading the messages of encouragement which we left behind for them.

As we quickly learned from being around Purity, she never hesitates to seize an opportunity when one presents itself. This was shown through her eagerness to establish a pen-pal program with the students at the Muthithi secondary school after the trip was officially set into motion.

Pairing us with high school students like ourselves, we had the amazing chance to connect with these students through the letters which we exchanged before our arrival and in person when we spent the day with them at their school.

Though on different sides of the world, we truly felt connected as God’s children throughout the day as we attended classes, toured the school and got to know one another.

While we were obviously intent on carrying out Purity’s mission — being the hands and feet of God as best we could — we quickly realized the common misunderstanding surrounding what it means to be a missionary. The title suggests we are the ones solely helping and making an impact on those whom we interact with through our work.

However, the gracious and welcoming nature of the Kenyan people proved to be the greatest takeaway from my time in the country. Our trip was fixated more on implementing the practices of being present, connected and open to building relationships. In fact, some of the most memorable moments on the trip were not those in which we were doing what would be considered typical mission work, rather the spontaneous fellowship we shared with those around us.

'I will never forget the pain and sheer defeat': Rising college sophomore from Greensboro reflects on mission trip

For instance, after passing by a field of young men playing soccer several times on our bus rides into the city, many of us who played soccer were itching to join them.

Purity, whose carefree spirit led to many surprises and the ongoing joke that “Kenya Time” meant no obedience to a strict schedule, took it upon herself to stop the bus and proceed to introduce herself to the soccer coach.

'Helping others is what God wants me to do': Rising senior at Northern Guilford reflects on mission trip

Each summer, the St. Pius X Catholic High School Youth Group travels to Catholic Heart Work Camp where we help a community in a variety of ways.

After this short interaction, the coach eagerly invited all of us to join his players in a scrimmage, sharing that the team had a game that night and would be taking it light anyways.

The team was so quick to include us mere strangers, demonstrating the gracious and welcoming spirit that truly envelopes the Kenyan culture. This spirit made all of us feel a little bit more at home.

'Sweat dries, bruises go away, but the impact we have ... lasts forever': Rising junior at Northern Guilford reflects on mission trip

Each year for the past 30-plus years, Christ United Methodist Church goes on a weeklong mission trip to Hollywood, S.C.

This spirit extended to our visits to the church, where we were invited to sing not once, but twice during their services.

If this were to be thrown onto members of the congregation at home, I’m not sure what would’ve happened. However, after being with Purity, we took this challenge with much more grace than one might’ve expected.

'I’ve tried to be more aware of my blessings': Rising junior at Grimsley High School reflects on her mission trip

Before I left for the Dominican Republic, all I knew about the island were its pristine beaches tourists sent home on postcards, and the shoot…

Even more surprising were the homecooked dinners which were prepared for us by Purity’s family, who, without hesitation agreed to welcome and serve 20 strangers. This prompted the question in our nightly group reflections of whether one of us would do the same back in Greensboro.

We all agreed upon returning that we would make it our goal to demonstrate the same hospitality and courtesy which was shown to us throughout the entirety of our mission trip, taking note of the concept of “Kenya Time” and choosing to live our lives with a little more spontaneity and eagerness to welcome all those around us.

Over the summer, young people from across Greensboro have traveled the world on various mission trips with their churches and are sharing what they learned.

Mission: Laying foundations for a sustainable relationship with Sister2Sister ministries

Kristine Shaw is a rising senior at Page High School.

Ed Hardin: The river calls us as we sit at home and wonder

Extra season of NCAA eligibility: What spring sports athletes in the Triad are saying