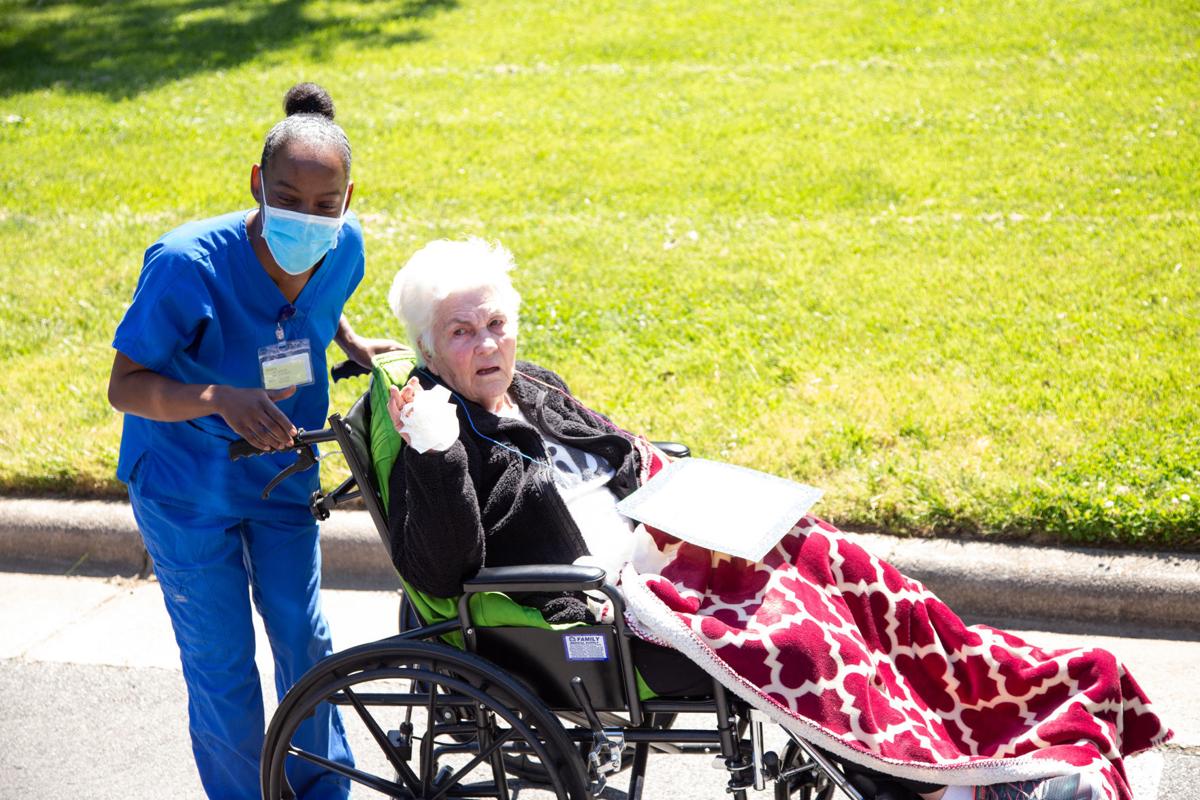 Pat Francisco waves to her family in the Mother’s Day parade at Pennybyrn in High Point. Alex Tobin and her family were so thankful to be able to see their grandmother/mother on Mother’s Day. 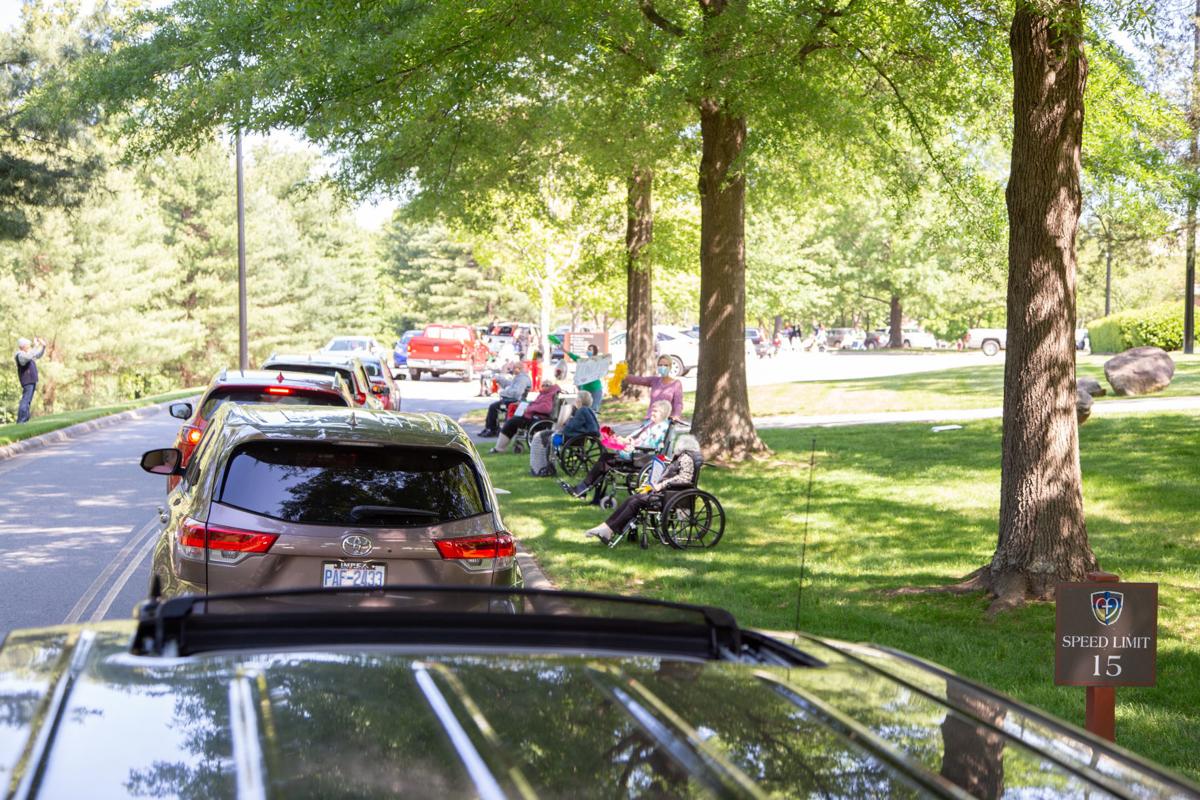 More than 100 cars paraded through Pennybyrn on Mother’s Day as a special treat for residents and families who have been separated since March 12 due to the coronavirus. 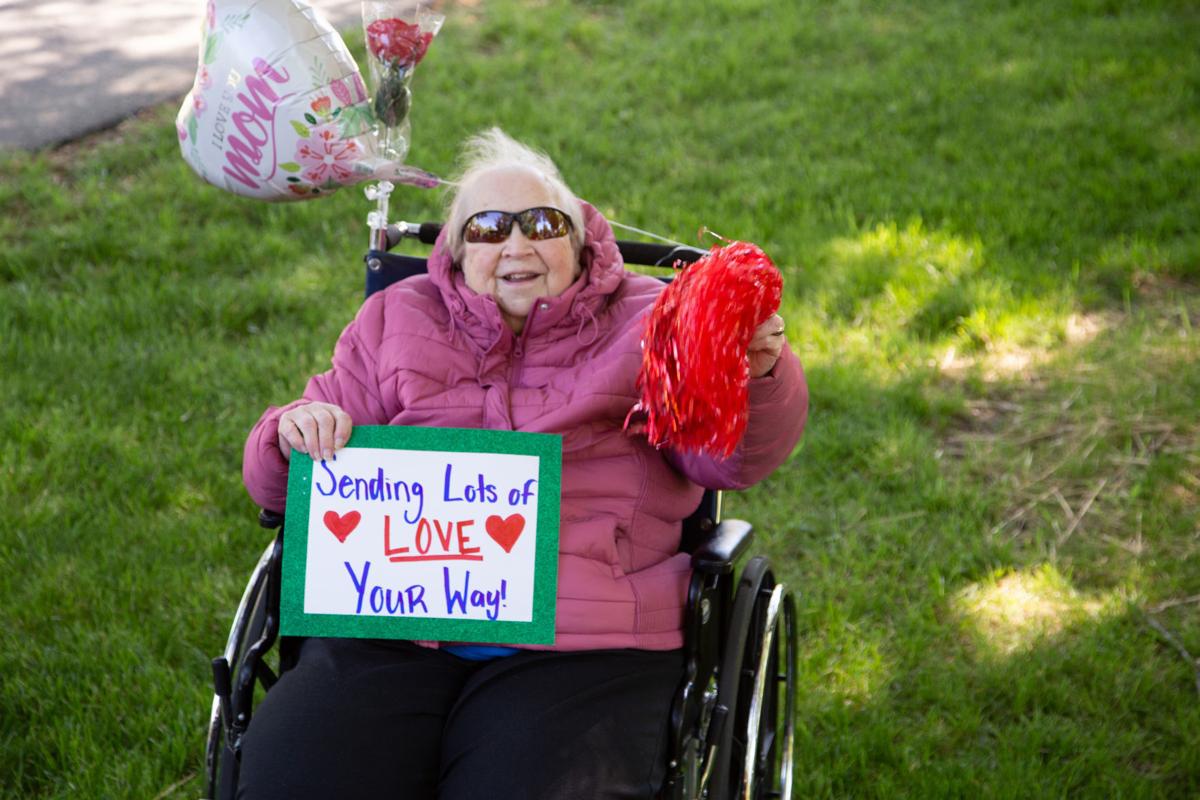 Pennybryn resident Pat Cain celebrates Mother’s Day as she watches a parade of visitors drive through the High Point campus.

Pat Francisco waves to her family in the Mother’s Day parade at Pennybyrn in High Point. Alex Tobin and her family were so thankful to be able to see their grandmother/mother on Mother’s Day.

More than 100 cars paraded through Pennybyrn on Mother’s Day as a special treat for residents and families who have been separated since March 12 due to the coronavirus.

Pennybryn resident Pat Cain celebrates Mother’s Day as she watches a parade of visitors drive through the High Point campus.

Residents of Pennybyrn found a bright spot on Mother’s Day.

More than 100 cars filed through the High Point campus parade-style, escorted by High Point Police and High Point Fire Department to cheer residents who haven’t had visitors during the coronavirus pandemic.

Benny Inman has been married to his wife Patsy for 66 years and would come to the campus every day to see his bride. Since the pandemic prompted visitor restrictions, he comes and stands at the gate and brings the newspaper for someone to read to her.

“It’s so wonderful. I am excited that I get to see her. I haven’t seen her since March 12,” Inman said. After the parade, he called Pennybyrn and told the staff how much it meant to get to see his wife. She is blind but she could hear his voice and knew that he was close by.

Vonda Hollingsworth, vice president of Pennybyrn, said the staff had a brainstorming day to try and find something to sustain residents and their families who have been separated for two months. A Mother’s Day parade was the answer.

“It seemed like the perfect opportunity and with the Neighborhood Council Leadership Team we pulled this together in two days,” Hollingsworth said.

Pamela Olson, transitional services coordinator at Pennybyrn, said they didn’t know what to expect when they first told families about the idea. And clearly the families thought it was a great idea, too.

“We could have never anticipated the response, we had over 100 families!” Olson said.

Hollingsworth said the separation has been hard for residents and families but it’s also been hard for the staff. The staff hates to tell families they can’t visit, but she said it was necessary to keep residents safe from possible exposure to the highly contagious coronavirus.

“We have an incredible staff team and they have a real passion for bringing everyone together,” she said. “We’re in this business because we care, and it’s been so hard on us and we never expected to have to enforce these rules.”

Shannon Myers decorated her truck with big letters that said “I (heart) u Mom” with colored paper hearts all over. “It means the world. Things have been crazy, I feel blessed that mom is at Pennybyrn with creative thinkers that go above and beyond,” Myers said. Her mother is Bonnie Coble.

In the parking lot, while everyone was waiting to begin the parade, Kay Nichols handed out roses to families so they could throw them out to their loved ones. The whole parking lot had a feeling of a big party, and in a lot of ways it was.

“It’s good to see her because it’s been two months and I was a four time a week visitor. It’ll be good to see her in person even from a distance and I’m happy to do this and think it’s a good thing,” said Bill Nagy, who was visiting his mother Kitty.

Pennybyrn staff want to make sure that no one is lonely.

Olson said that they purchased extra iPads so each resident has an iPad to use for video chats with their families. The staff helps make sure that residents are able to get virtually connected. It’s not the same as in person visits, but at least they can see faces and families have assurance of how their loved one is doing.

As the parade filed into the campus, the residents’ faces lit up with joy. They held signs saying “I love you” and waved at the cars passing by. Staff smiled and took photos and even though it was a little chilly that day, everyone’s hearts were warmed by the outpouring of love and support.

“We heard families yelling ‘I love you! Thanks for taking care of my mom (or dad)!’” said Olson. She said they love having people on campus and entertaining. Pennybyrn is known for its hospitality, so it’s been especially hard during this time to not be able to do that, but the parade really gave a spark to everyone.

“The residents are already asking when are we going to have another parade,” Olson said.

Mother’s Day may not have been quite what anyone at Pennybyrn wished for this year, but thanks to the dedicated staff who go above and beyond, Mother’s Day was a bright shining spot even in the middle of a pandemic.