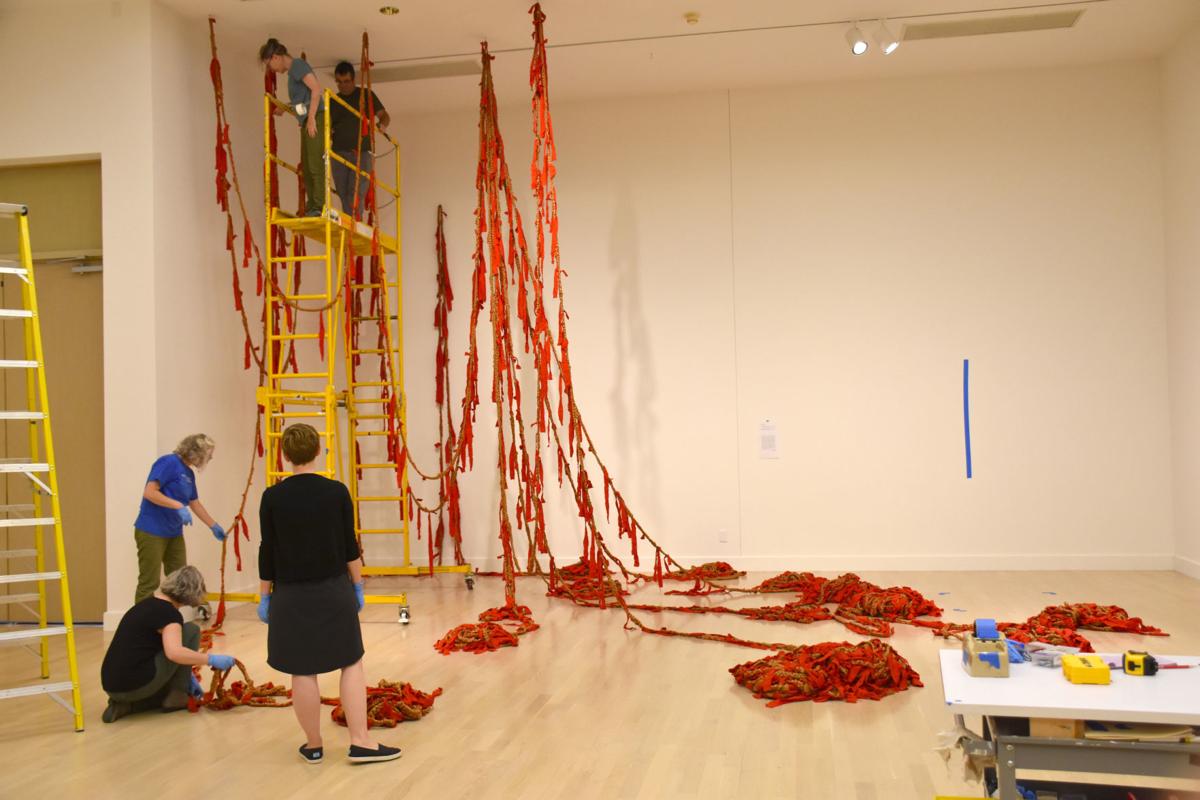 Artist MK Guth (on scaffolding) and others work on her installation at at Weatherspoon Art Museum as part of an exhibit called “Dread & Delight: Fairy Tales in an Anxious World.” 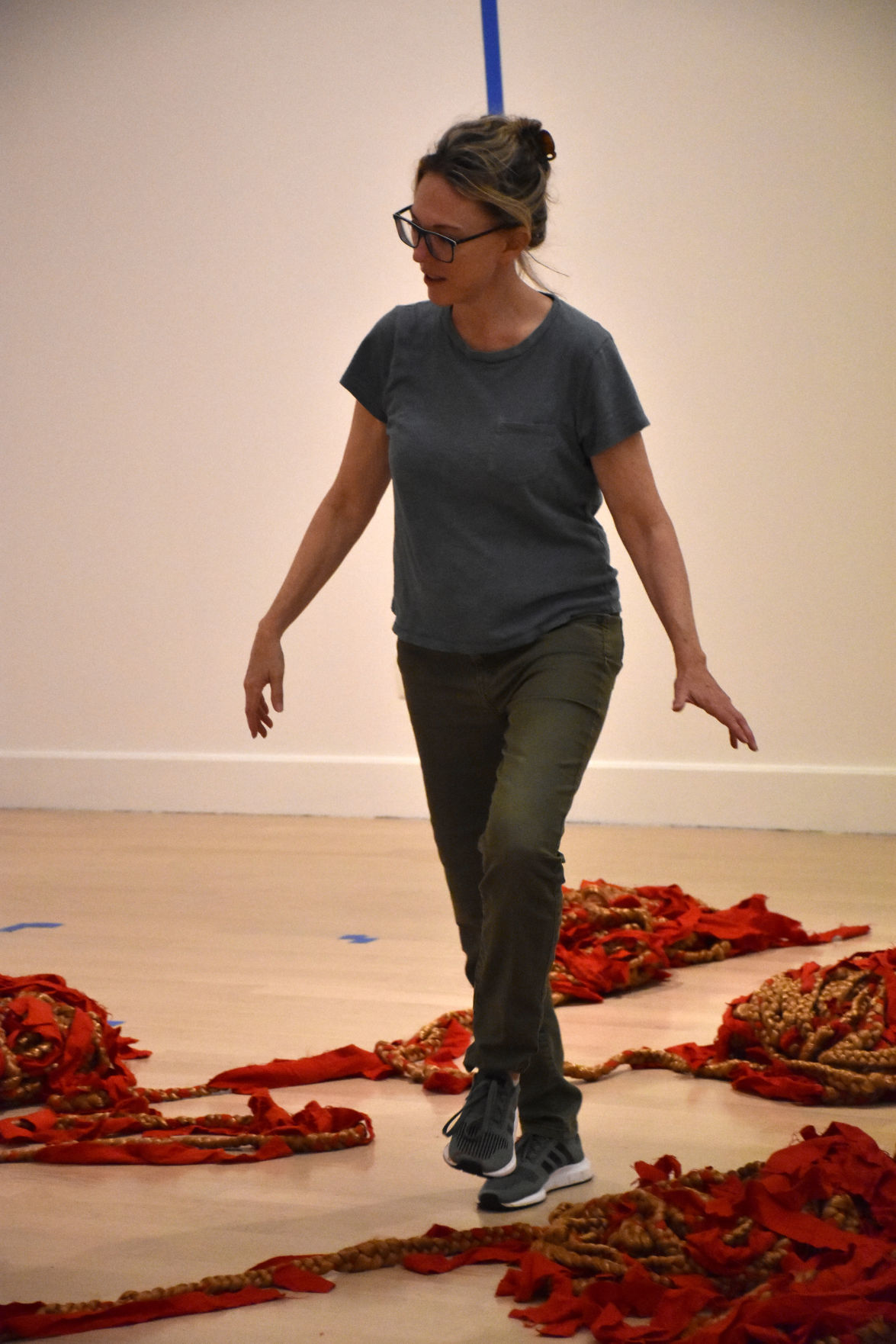 Artist MK Guth works on her installation at at Weatherspoon Art Museum as part of an exhibit called "Dread & Delight: Fairy Tales in an Anxious World." 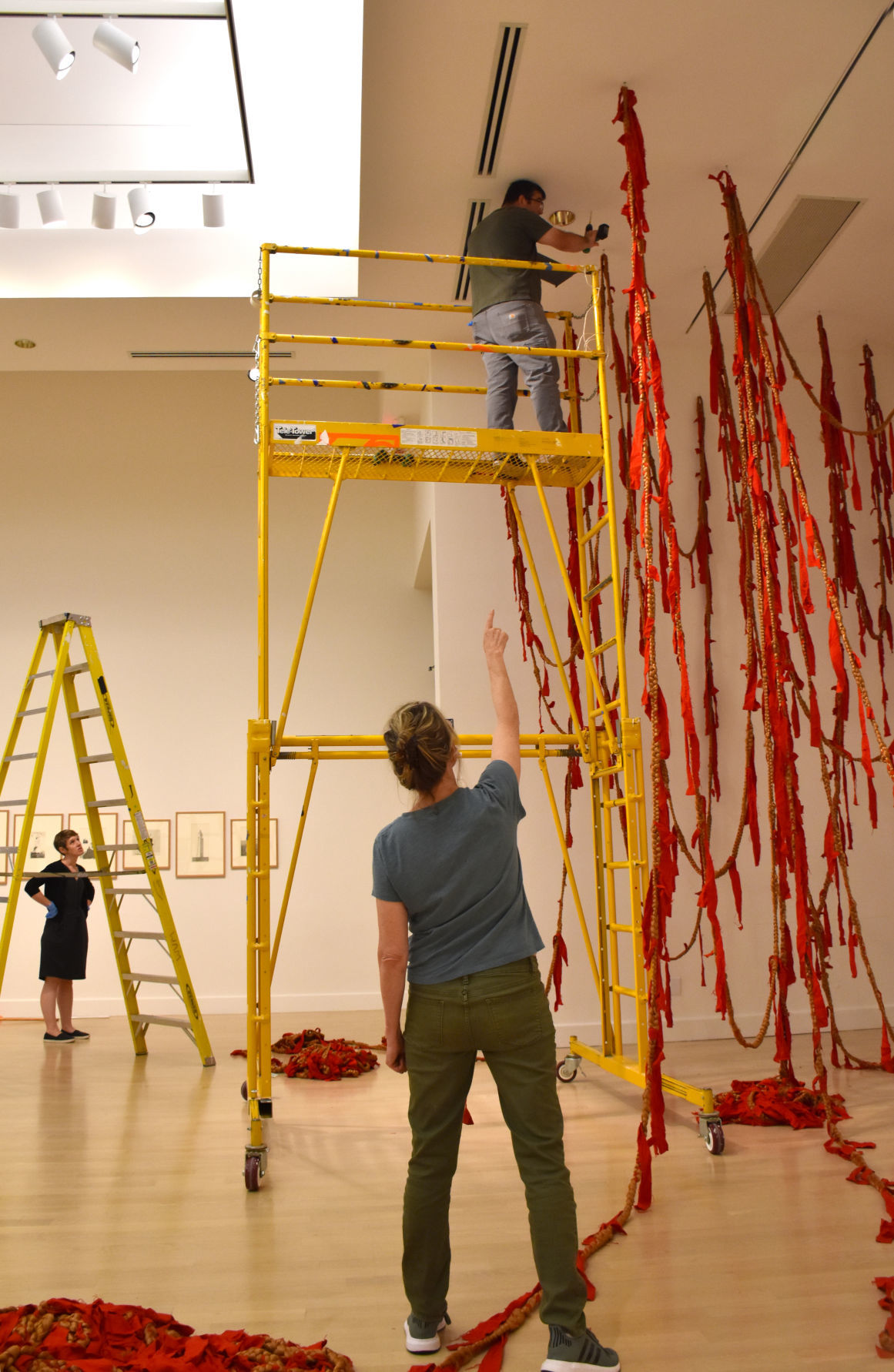 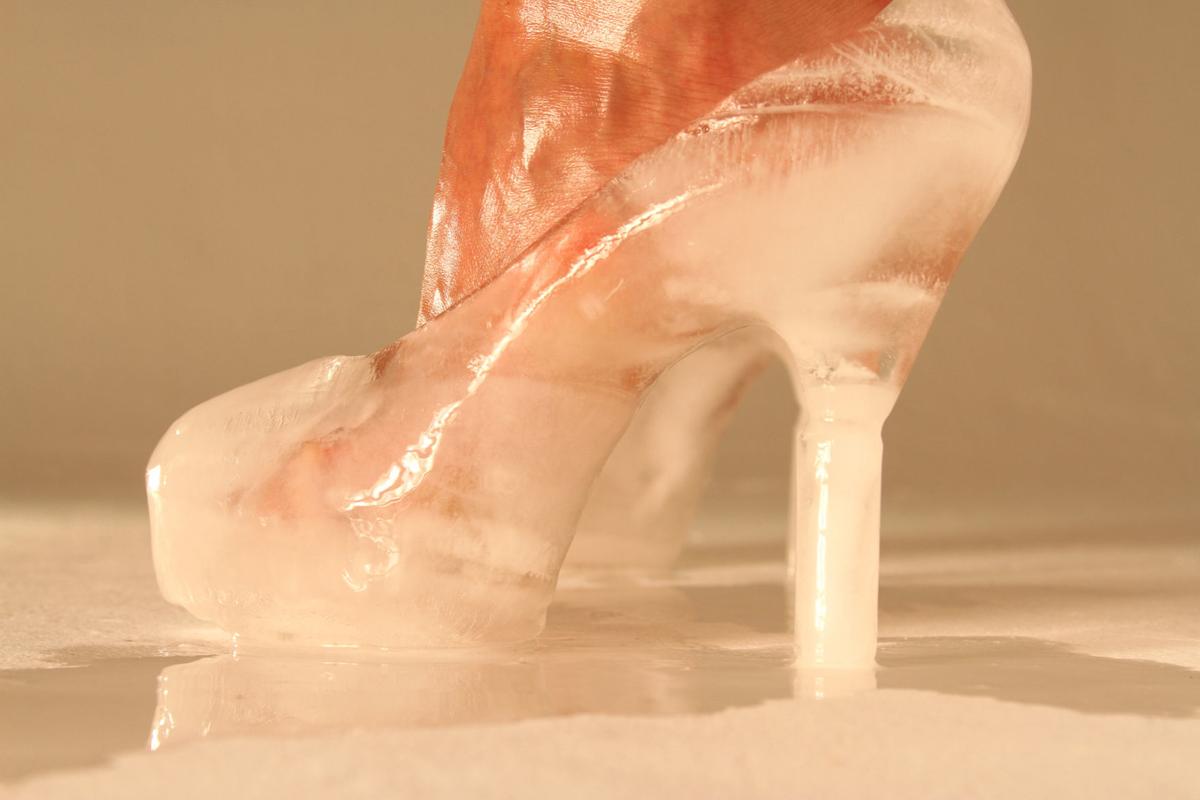 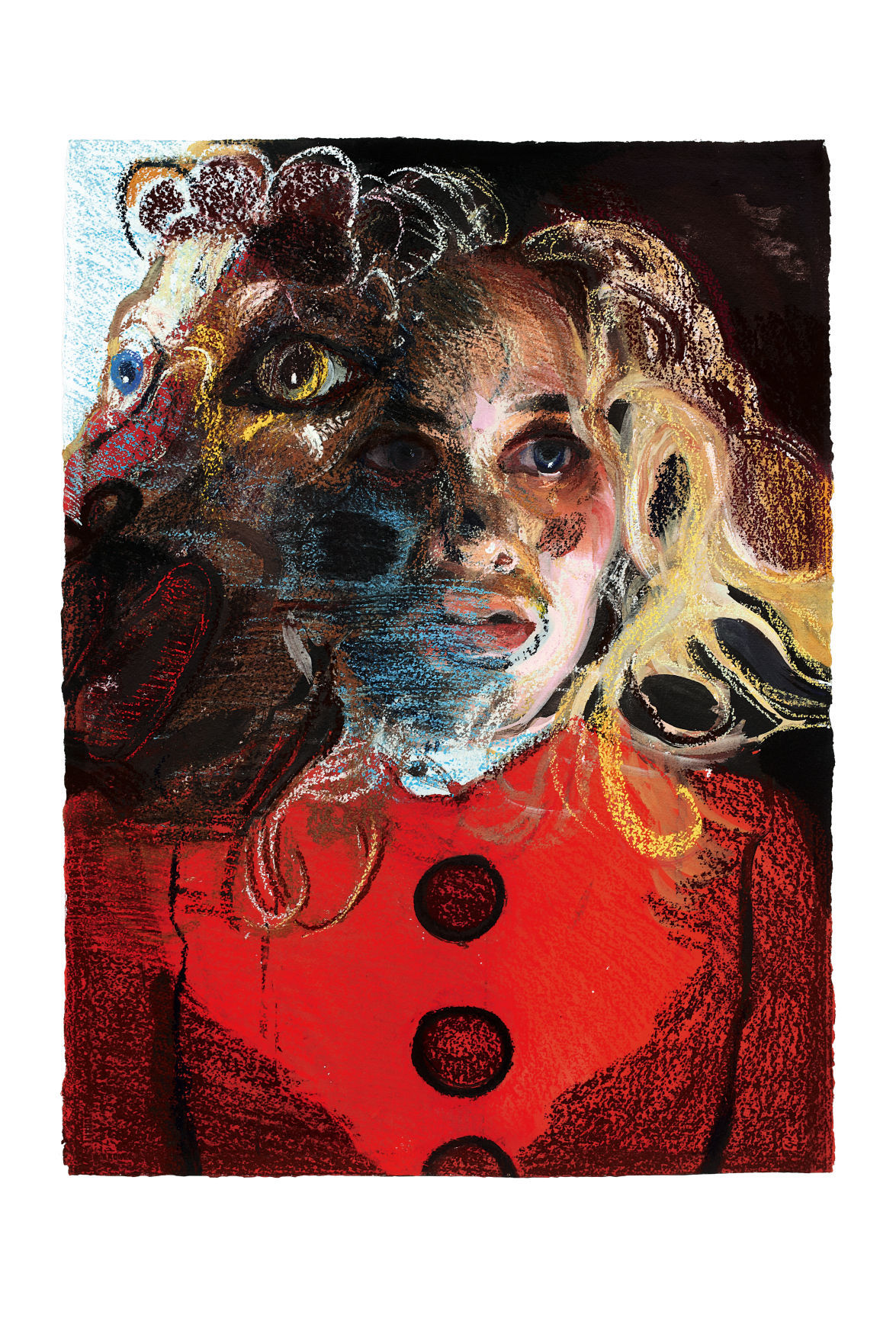 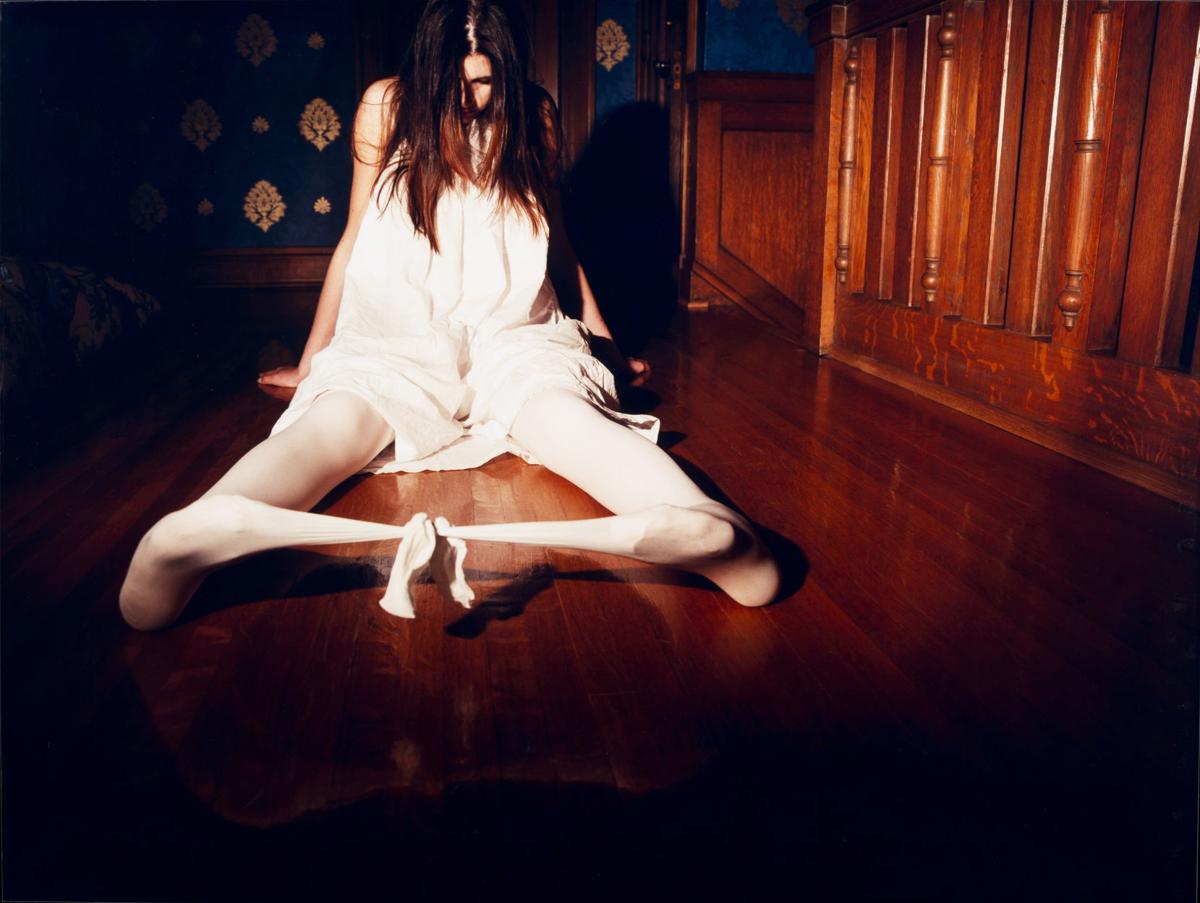 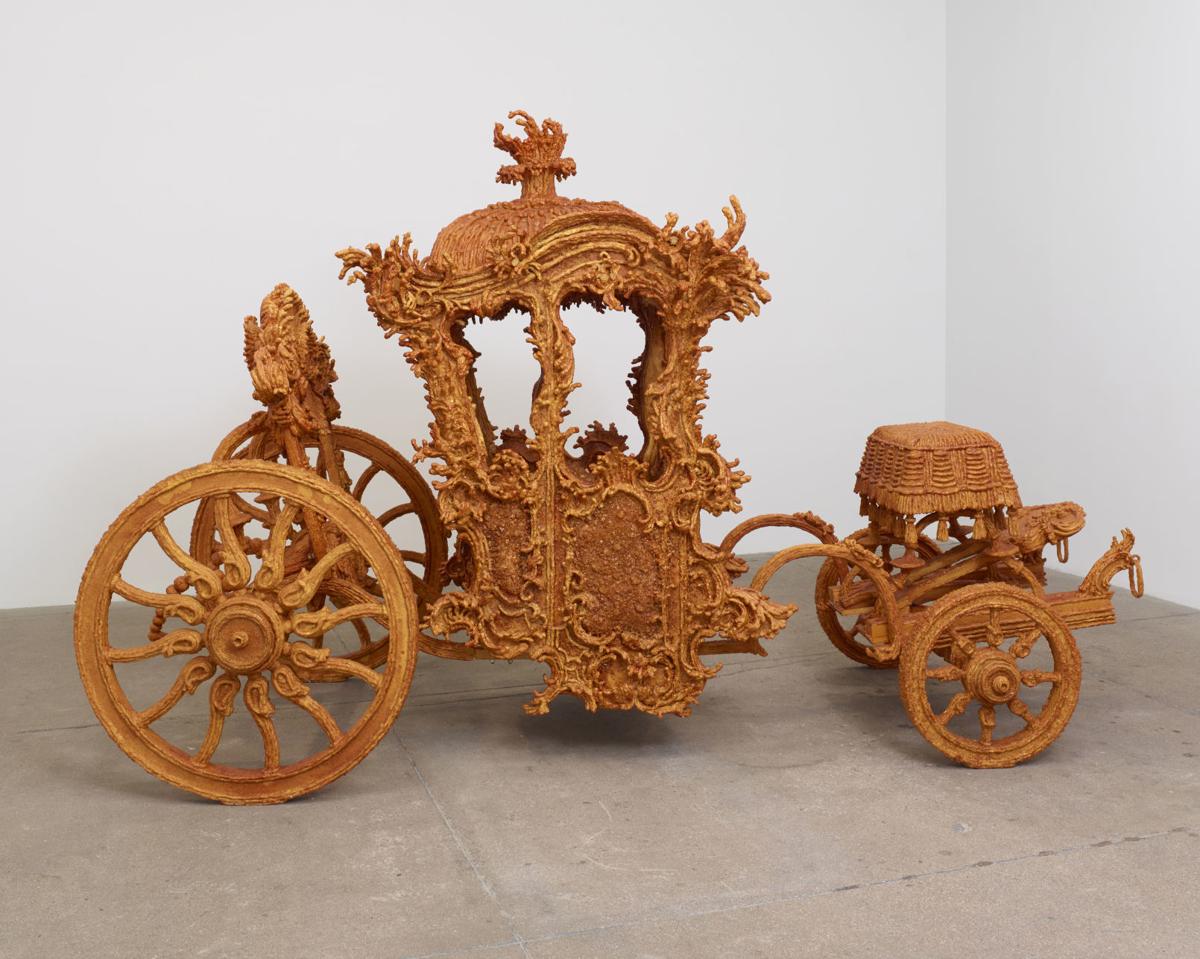 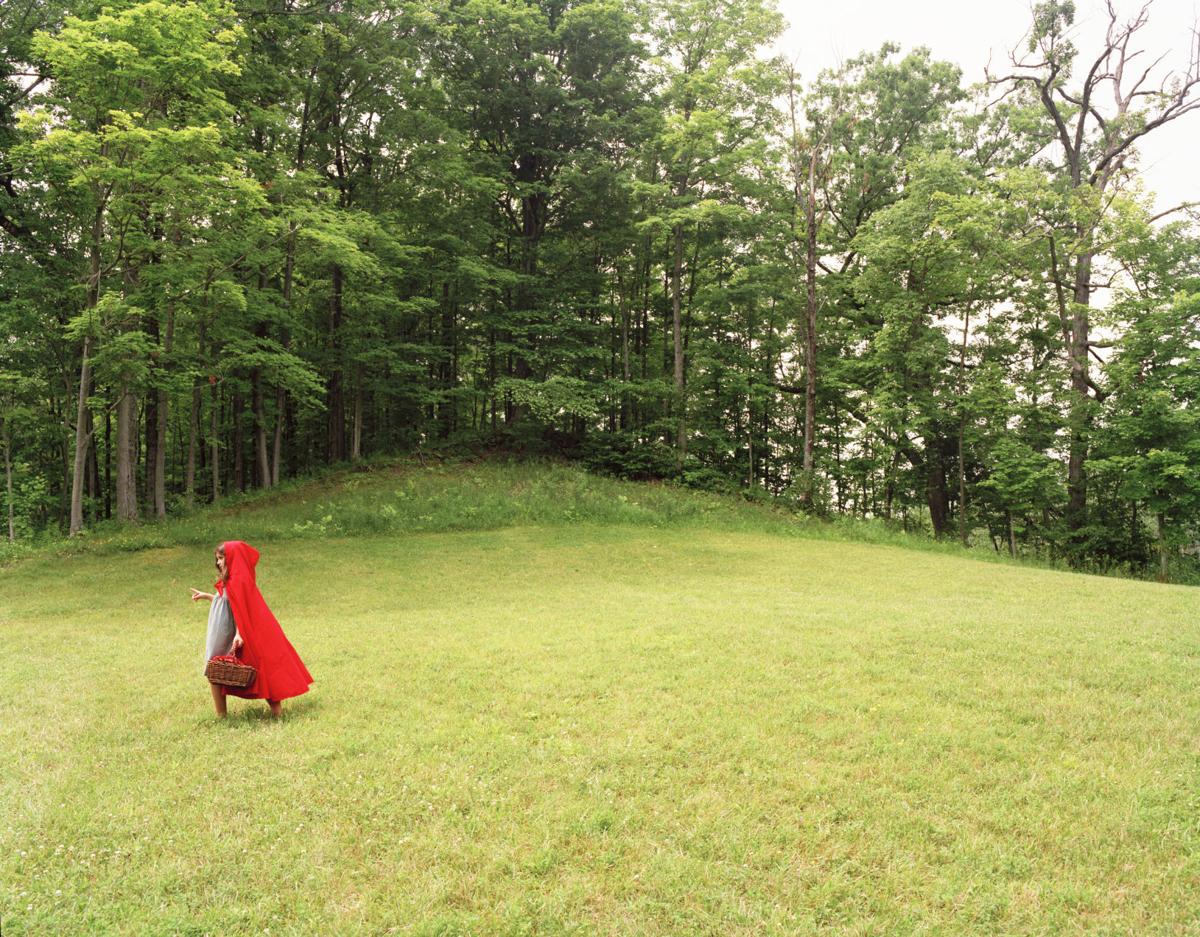 “If We Believe In Theory #1” by Xaviera Simmons, 2009. Chromogenic color print, 40-by-50 inches. Courtesy of the artist and David Castillo Gallery, Miami. The work will be part of an exhibit called "Dread & Delight: Fairy Tales in an Anxious World" at Weatherspoon Art Museum. 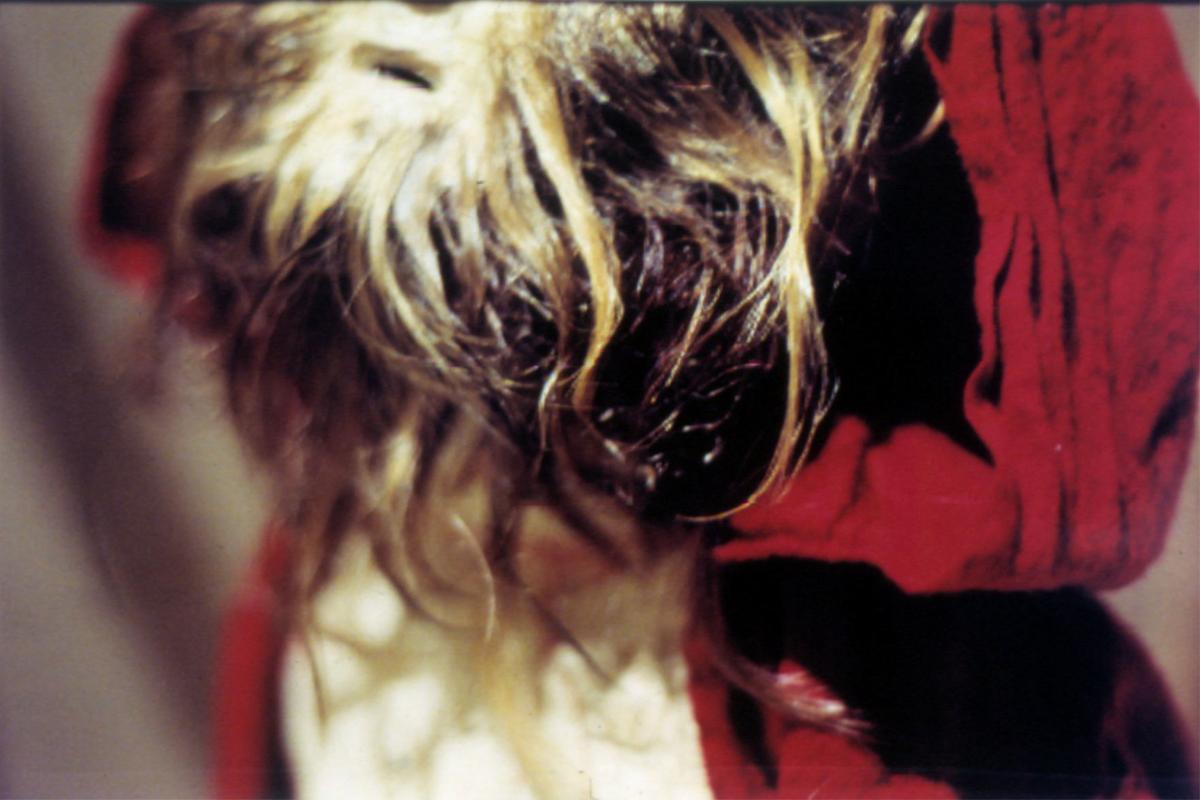 Artist MK Guth (on scaffolding) and others work on her installation at at Weatherspoon Art Museum as part of an exhibit called “Dread & Delight: Fairy Tales in an Anxious World.”

Artist MK Guth works on her installation at at Weatherspoon Art Museum as part of an exhibit called "Dread & Delight: Fairy Tales in an Anxious World."

“If We Believe In Theory #1” by Xaviera Simmons, 2009. Chromogenic color print, 40-by-50 inches. Courtesy of the artist and David Castillo Gallery, Miami. The work will be part of an exhibit called "Dread & Delight: Fairy Tales in an Anxious World" at Weatherspoon Art Museum.

So, you think you know fairy tales? Sparkly, romantic, animated stories of childhood, with singing animals, magical objects, resourceful heroes and a prince thrown in for a happy ending?

You don’t know the half of it.

Or, as Weatherspoon Art Museum curator Emily Stamey would say, you know only half of it.

The familiar tales of the childhood canon, Stamey points out, originated more than a century ago as stories for adults. As such, they were far darker, more violent and reflective of the social problems of the day than their gentler, contemporary counterparts. The Weatherspoon’s new exhibition, “Dread and Delight: Fairy Tales in an Anxious World,” reflects both the enchanting whimsy and dark reality of the enduring stories.

“The art in the show looks at how artists have turned to classic, Western fairy tales and used them as a way to think about contemporary social issues,” Stamey says. “As stories for adults, they dealt with the realities of famine, poverty, dysfunctional families — the same things we deal with today.”

Opening Aug. 25, the show is original to Weatherspoon and features sculptural works, paintings, photographs, videos and more, from 21 artists. The catalog includes a new fairy tale written by Pulitzer Prize finalist and UNCG alumna Kelly Link, commissioned for the exhibition.

The idea for a fairy tale-themed exhibition came to Stamey after a trip to the movies.

“I noticed two movie posters, side by side, announcing new movie versions of ‘Snow White.’ And I thought, ‘Really? Why?’ ”

Her attention captured, Stamey began to look more deliberately at pop culture — television shows, adult contemporary fiction, young adult literature and even in art galleries — for examples of fairy tale influence, and was surprised by what she saw.

“Fairy tale themes were rampant,” she says. “It’s definitely a topic that has caught a wide breadth of interest.”

The exhibition draws from the original 1812 Brothers Grimm version of the tales, decidedly adult tellings of the stories. The works are grouped around seven classic tales: “Cinderella,” “Snow White,” “Little Red Riding Hood,” “Rapunzel,” “Hansel and Gretel” and two lesser-known ones, “All Fur” and “Fitcher’s Bird.”

As visitors go through the gallery, they encounter one story after another, and can see how different artists have approached the same tale.

Among the works representing Rapunzel, for example, is “Ties of Protection and Safekeeping” by MK Guth. A 1,800-foot-long synthetic blonde braid tied with strips of red ribbon, the piece interprets Rapunzel’s stay in the tower as the witch’s attempt to keep her — for her own selfish purposes — protected from the outside world. Guth toured the country with the braid, asking people what they thought was worth protecting and asking them to write their answers on strips of red ribbon to be added to the braid.

Some of the answers are nostalgic, such as “my grandmother’s teacups.” Some are timely, such as “freedom of the press.”

“All of the answers about what Americans want to protect and keep safe get woven into that braid,” Stamey says.

Cinderella’s coach is also represented, in the form of a nearly life-sized carriage covered entirely in crystallized rock candy. The artist, Timothy Horn, created the work after hearing the story of Alma Spreckles, a poor laundress who married into a sugar fortune around the turn of the century, a living example of Cinderella’s rags-to-riches story.

Little Red Riding Hood is represented by several children, photographed in a red cape, holding a basket. Artist Xaviera Simmons let the children take turns dressing up and then asked them, “Show me where the wolf is.” The children’s reactions range from decisive finger pointing to a head thrown back in a near-howl.

Stamey believes that viewers will recognize the universal themes in the fairy tales, their own lives and events of recent history.

“When fairy tale art begins to appear in the galleries in the early ’70s, we had just come through all the social movements of the ’60s, and we were thinking a lot about people who don’t always get recognition — the women’s movement, the civil rights movement, the gay and lesbian movement.

“Fairy tale characters are mostly women, children and poor people. They are not the heroes of Greek and classical myth. The artists find these resonances, and I think people will enjoy seeing the stories they know well in a new light.”

What: “Dread and Delight, Fairy Tales in an Anxious World”