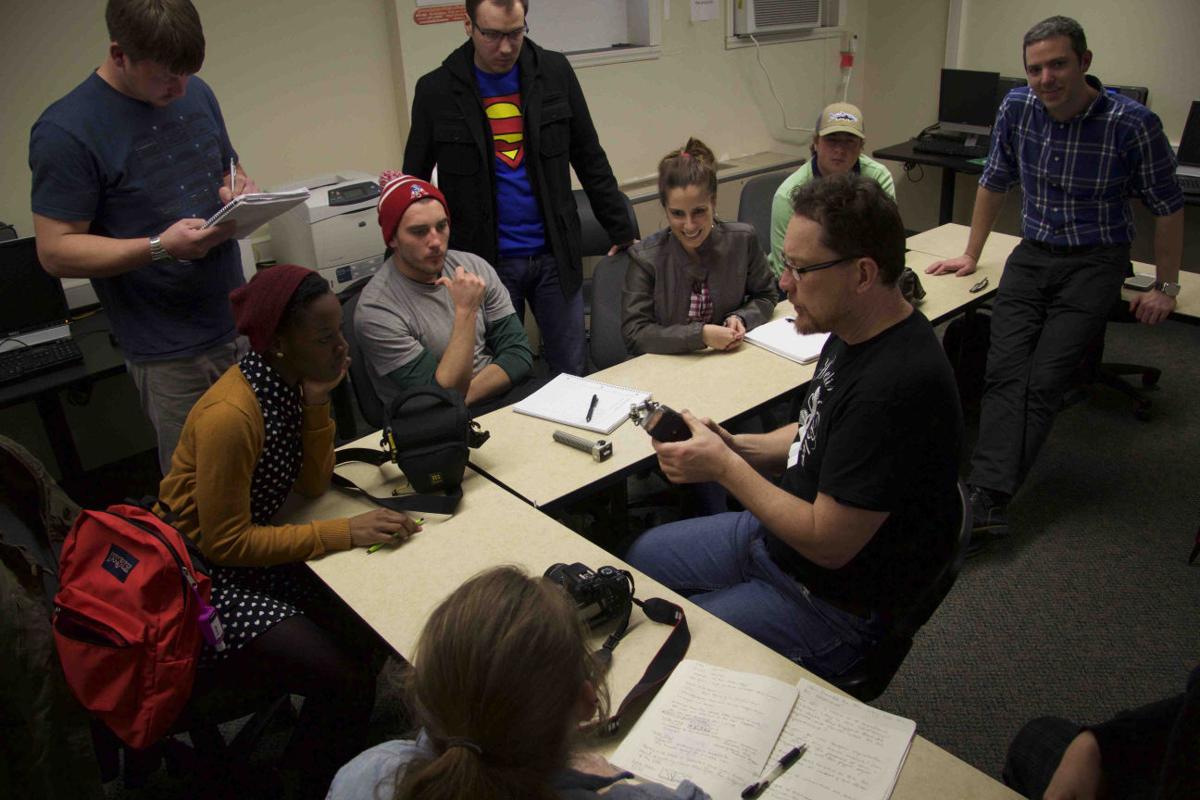 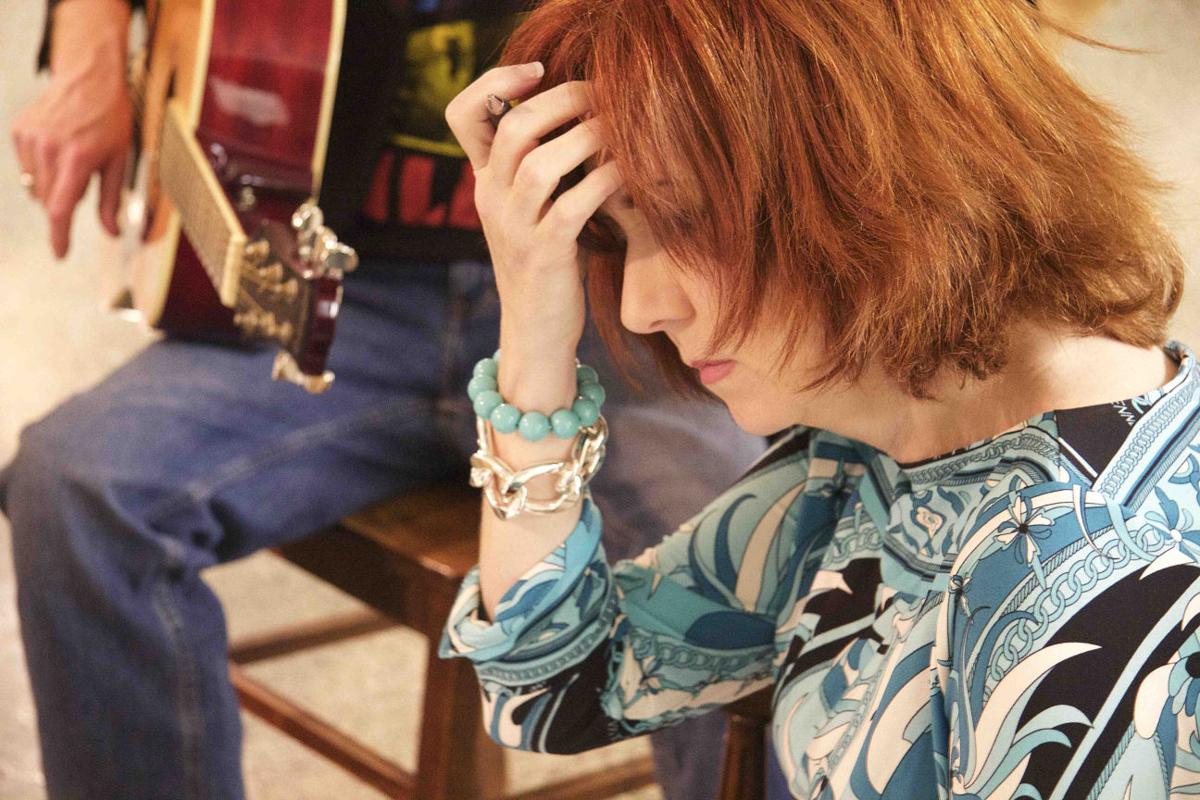 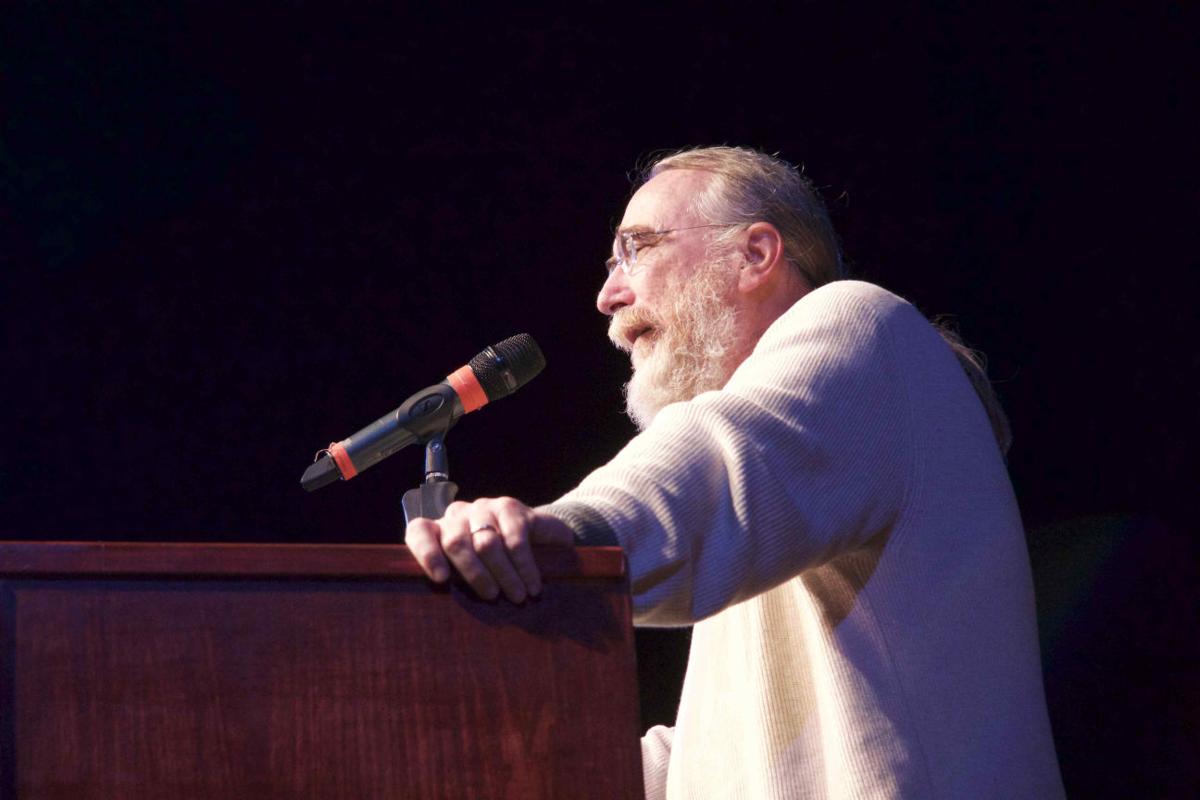 Dave Fox speaks during Blues in the Schools.

Dave Fox speaks during Blues in the Schools.

Good ideas seem to have a way of snowballing, of building upon themselves, and sometimes even taking on a life of their own.

Greensboro College art professor Ted Efremoff’s idea for the Healing Blues Project — a collaboration between musicians and the homeless — has raised awareness, created powerful music, raised $10,000 for the Interactive Resource Center and spawned a documentary project.

Efremoff’s area of expertise is called “social practice,” which means using art in a creative way that benefits society. His idea was spurred by a downtown art installation sponsored by the Piedmont Blues Preservation Society.

“I kept asking myself, ‘Who is experiencing the blues right now in Greensboro?’ ” he says. “And the obvious answer was the homeless.”

He asked colleague Dave Fox, a music professor at Greensboro College and one of the Triad’s best-known pianists, and some members of the Piedmont Blues Preservation Society to help him round up local songwriters and musicians to help with the project.

They paired each musician/songwriter with a member of the homeless population, all of whom were clients of the Interactive Resource Center.

Together they wrote songs.

The result was a poignant, stirring, sometimes gut-wrenching, sometimes uplifting, 15-song compilation. It was recorded at Benjy Johnson’s (who also played on it) Earthtones Studio, and Fox produced it.

The Healing Blues CD was released in September amid some fanfare that included a series of three live concerts. That grew to five, including one last week at Greensboro Day School.

All the proceeds from CD sales and the live events are going to the IRC, and if there are any royalties, the homeless co-writers will share in them.

Since the project’s inception, Efremoff had been videotaping its progress, from the initial meetings at the IRC, to the songwriting collaborations there and at the downtown art gallery Elsewhere, to the studio recording sessions, to the live concerts.

He even made a video of one of the songs, “I’m Walking,” by Lawyers, Guns and Money.

Yet, turning raw footage into a 40-minute documentary was too daunting for one person. So, as he had in the beginning, he turned to his colleagues at Greensboro College for help.

“This has been sort of a (Greensboro College) project in many ways, so it only seemed natural to involve some of my other colleagues and students,” Efremoff says.

He recruited two other professors — Sukhada Goghale, a documentary filmmaker from India and an adjunct professor, and Wayne Johns, a professor of English, communications and media studies at the college — to help develop and teach a new class, Digital Videography. It launched this spring with eight students and is also open to the public.

“We were fortunate because the college had gotten a $45,000 donation to build a computer lab, and we’re able to take advantage of that,” Efremoff says. “And we also got two grants for the class itself: $1,900 from ArtsGreensboro and $1,500 from the Center for the Enhancement of Teaching and Learning at Greensboro College.”

A stipulation in the ArtsGreensboro grant is that the documentary be completed by December. “We’ll make that deadline,” Efremoff says confidently. “So far, it’s been all classwork studies, but this week we’re going out in the field and doing some interviews and shooting some shots of the homeless encampments and other scenic, background shots and still photography. We’ll find out who’s serious about it now.”

The Greensboro College art department has three digital SLR cameras and audio equipment at its disposal.

Once the documentary is complete, Efremoff has hopes for wider commercial distribution, possibly to PBS or other cable networks. He plans to take it to several short-film festivals and has already given some footage of him explaining the Healing Blues concept and the video of “I’m Walking” to Free Speech TV. The idea is that other cities might use this as a template to address their homeless problems.

“If it works here, there’s no reason it wouldn’t work anywhere,” Efremoff says.

Ogi Overman has been an editor, columnist and reporter for numerous Triad publications for 30 years. Contact him at overmanogi@gmail.com.