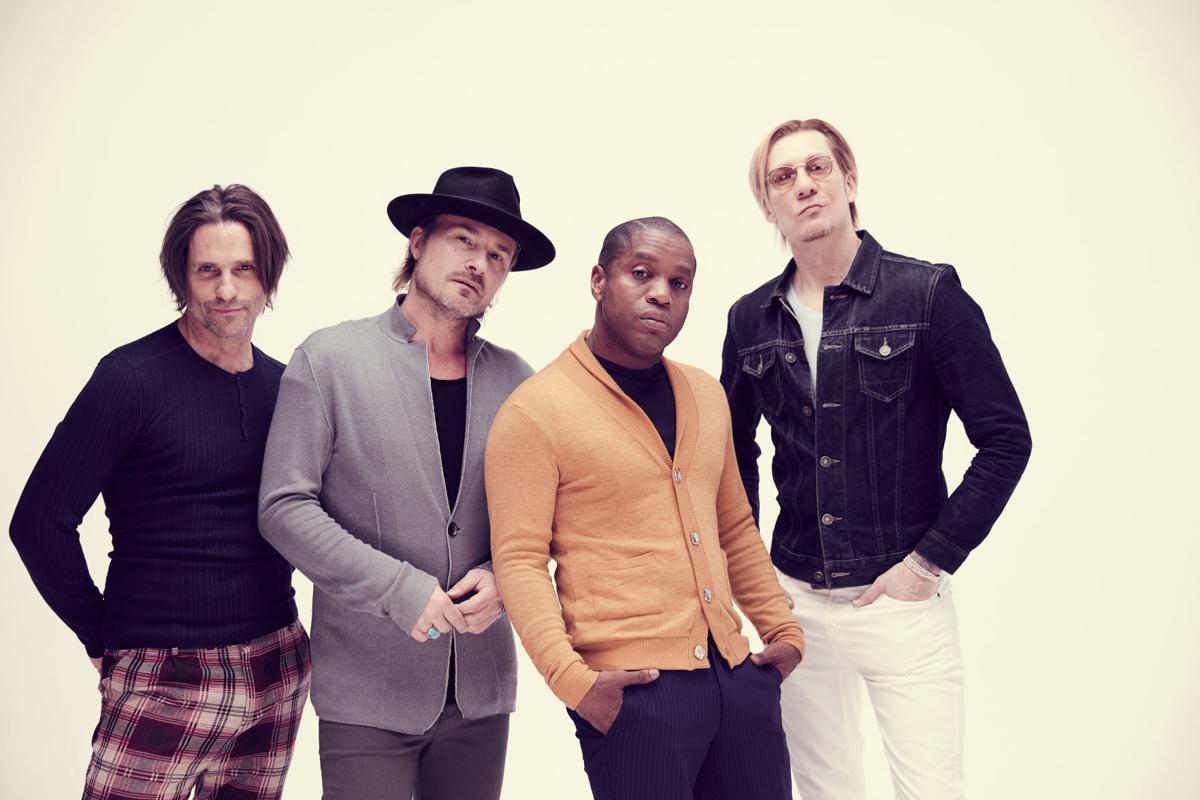 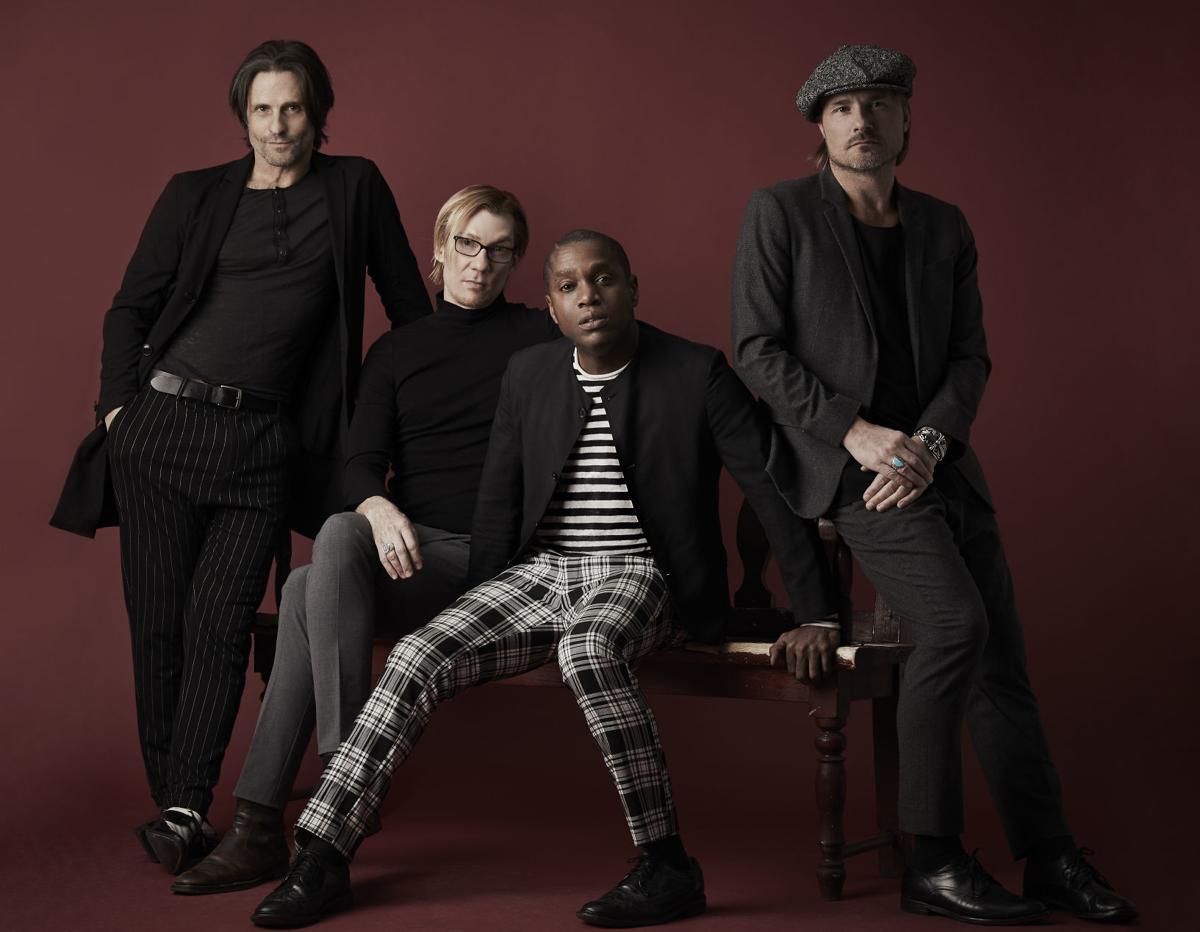 Vintage Trouble will knock you out. Get in the way of one of vocalist Ty Taylor’s frenetic dashes into the audience, and he’ll mow you down.

At a show at Cat’s Cradle in Carrboro a few years back, Taylor bowled me backward about 10 yards when I had my camera trained on him while he was charging around in the crowd like a crazed televangelist. His evangelical zeal propelled him through me like I was a piece of stray ectoplasm he needed to brush aside like a wisp of smoke.

After the show during a meet-and-greet at the merch table, I asked Taylor if he ever played football.

“Yeah,” he said, looking at me like I’d just read his tea leaves. “How’d you know that?”

I explained that during his headlong dash back to the stage while performing “Strike Your Light,” he had taken me out with a forearm shiver worthy of a seasoned pro. That got his undivided attention, he and the band looking at me like I’m some nut who just wandered in off the street looking for a handout, or worse, some wackadoodle pursuing a lawsuit because of imagined injuries from a traveling band of gypsies.

He took a step back to assess me, an uncomfortable silence settling over the band as they ponder their next move — a counterassault perhaps? Or a call to their own lawyer.

“Nice hit,” I tell him, and the tension is broken, Taylor offering a terse “Cool” and a handshake that he holds onto a bit too long till he can propel me toward the rest of the band down the line, who are snickering over the exchange.

Guitarist Nalle Colt managed to gasp out a strangled, “Thanks for supporting live music,” between bouts of suppressed laughter as he hands me off to bassist Rick Barrio Dill and drummer Richard Danielson, who choose the rare rhythm section option of remaining silent.

Since their introduction to Greensboro courtesy of the Who in 2012, opening for the legendary rockers’ first North American tour in four years, the quartet blasted their way to the top of the rock A-listers, fueled by their debut album “Bomb Shelter” in 2011 and in-your-face appearance on David Letterman’s TV show in 2012, where Taylor went into the studio audience for a seat-straddling, rip-snorter delivery of “Blues Hand Me Down” that resembled James Brown, Al Green and Jackie Wilson sewn up in one body, each fighting for dominance.

Sounding like a more soulful version of Led Zeppelin with Colt’s Jimmy Page riffs bouncing off Durham native Taylor’s gospel shouter turned soulman persona, the band married vintage rock with soul for a sound built for rabble rousing. Nobody stays in their seats for this stuff. But after knocking out a trio of bombastic full-length studio albums, the band put out a couple of EPs entitled “Chapter II,” “EP I in 2018” and “EP II in 2019.”

The EPs show the band in a different light, using a different recording method. Previously, the quartet had recorded old-school style, live in a studio. But for the new sessions, the band moved to the Cayman Islands to record, tracking their parts individually.

Using producer Jeeve, who has helmed records for Bruno Mars and Santana, the band’s sound took off in a different direction. Tayler said the band “wanted to take something from the past and put it in contemporary framing. That was the impetus. We decided to play what felt like pop songs would be with rhythm and blues and rock ’n’ roll tension.”

To that end, the opening track, “Do Me Right,” from the first EP sounds like Marvin Gaye fronting Prince. “My Whole World Stopped Without You” has filaments of Solomon Burke running throughout. “The Battle’s End” reacts to the barrage of awfulness that passes for news today:

“I refuse to stand by blind-eyed / Clutching my fear and covering my ears / So I don’t hear / The crashing of tears,” Tayler promises in the song, believing he can’t be the only one listening to the screaming voices and whistling alarms outside his windows, the band marching steadfastly behind him as he leads the anti-hit parade.

There’s some mellow on EP II, such as “How It Is,” with Queen-like a cappella harmony on the intro. But Tayler’s bombastic soul still shines through on “Everyone Is Everyone,” a backlash to all the vitriol pouring from the TV and social media on a daily basis.

“There was a man with a dream of a day in a place / That he thought was not far ahead / But all of his words to cross lines are blurred / As we swelter backwards in time instead,” Taylor proclaims as the band sambas Santana-like around him. Taylor’s at his soulful best on “I’m Sorry,” an aisle-straddling secular-gospel anthem with Tayler wailing blissfully in a celestial falsetto over a churchy organ as Colt drapes some blissed-out Southern rock over the top.

As the name implies, Vintage Trouble keeps moving forward, one foot in the past but with all eyes on the ever-evolving musical horizon.

What: Vintage Trouble with Kyle Daniel in concert

Tickets: $20 in advance at theblindtiger.com or $25 the day of the show