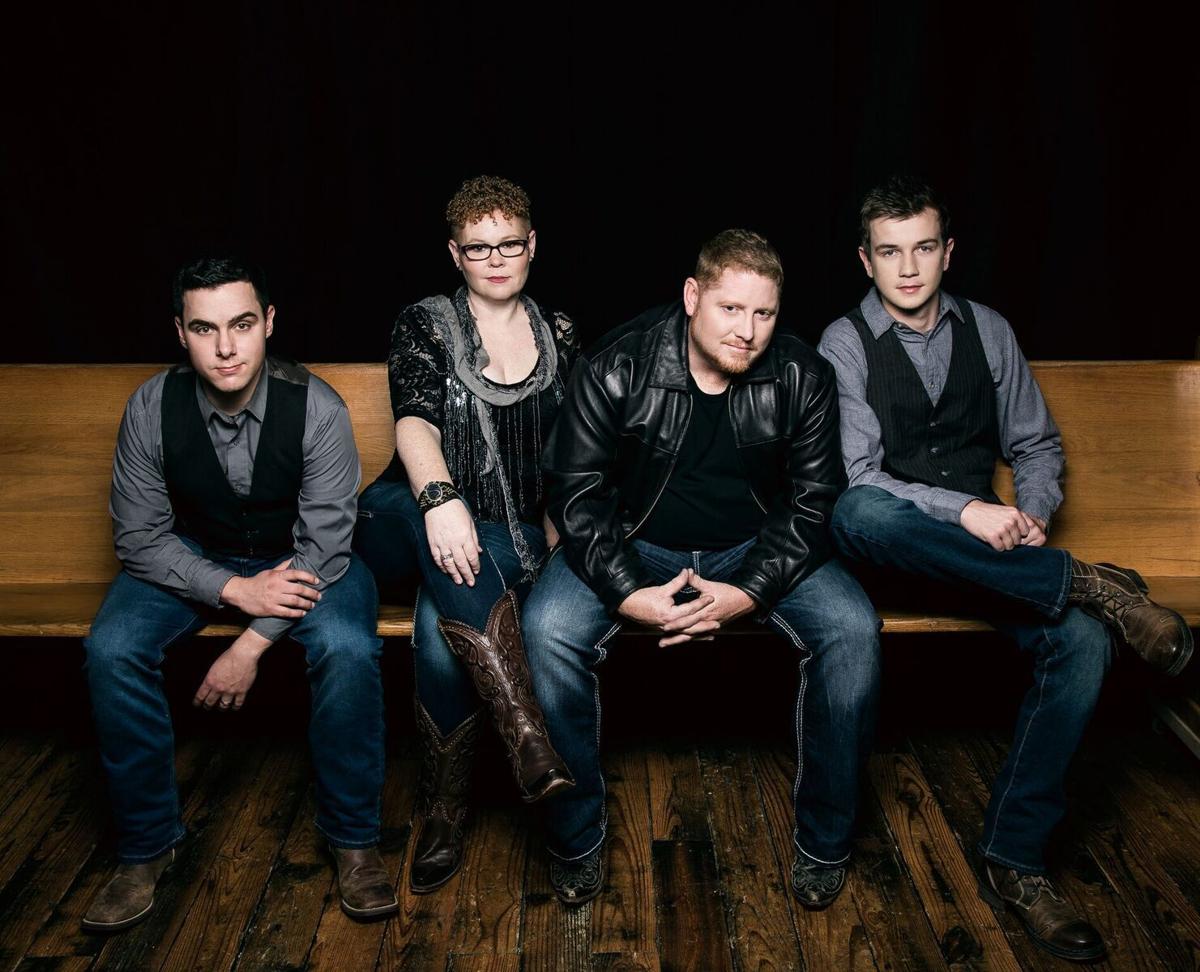 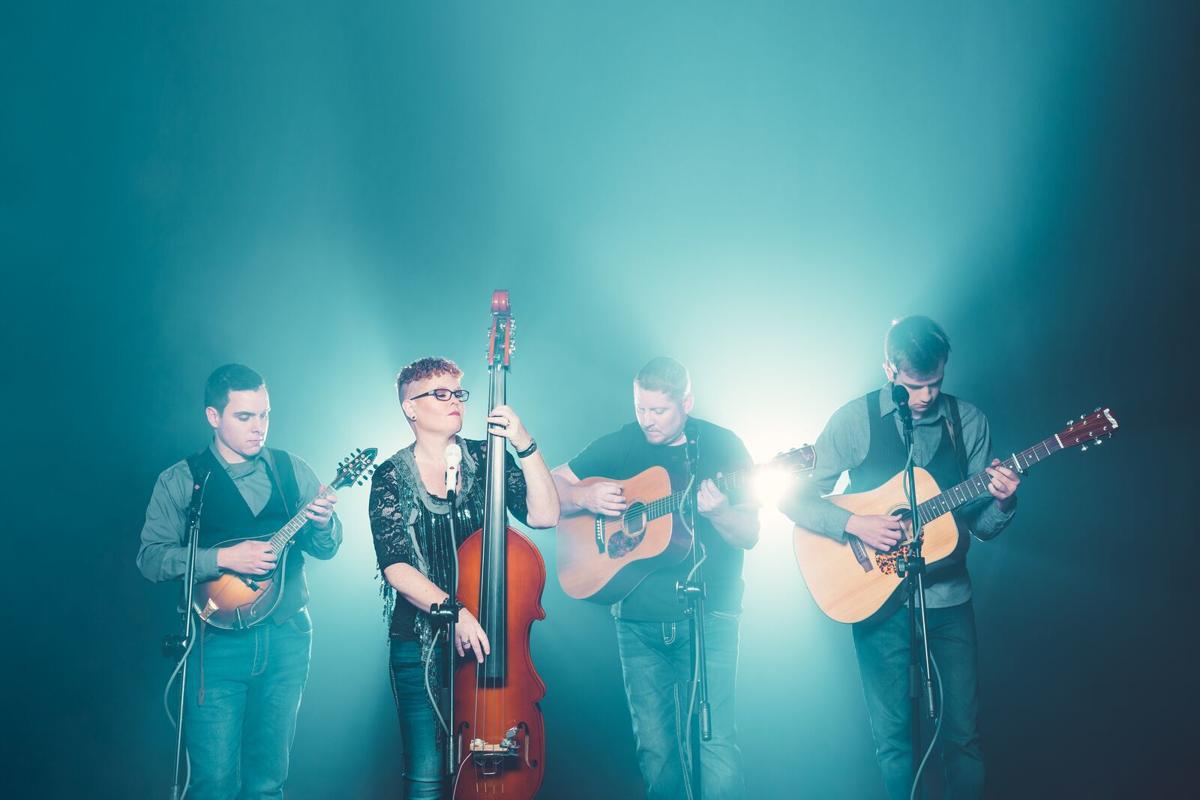 It’s hard to play, but easy to access. Bluegrass is one of the few musical genres where you can idolize the folks up onstage for their talent and creativity, then interact with them after the performance.

Bluegrass performers are generally available for conversation and willing to show you licks they’ve perfected that fans and up-and-coming players want to emulate.

So when Nu-Blu’s Daniel Routh was approached last year at a festival by a young fan who wanted to ask about a lick he’d heard Routh play onstage, he was happy to oblige. He had asked about a guitar lick, but was toting a banjo, so Routh asked him to play something on the banjo.

“We’re just thinking, here’s this kid, we’re just gonna humor him and let him play for us, and that boy picked up the banjo, and, oh my gosh, it was like mouth-dropping,” says Nu-Blu co-founder Carolyn Routh. “It all rolled over from there.”

The Rouths were so taken with 14-year-old Austin Hefflefinger’s talents that he’s now the band’s newest member, playing alongside Carolyn on bass and vocals, her husband, Daniel, on guitars and vocals, and Justin Harrison on fiddle and mandolin.

“The whole thing about bluegrass is the whole family dynamic and the atmosphere within the bluegrass community that bands are approachable,” Routh affirms. “I don’t know of any band out there, really, that you can’t go up and talk to and be appreciated. It’s the community that really makes it a lot of fun and keeps it happening, and that’s what keeps the fans coming back, too. They love the music, but at the end of the day, it’s that personal experience that makes it worth the trip.”

The Rouths founded the Siler City-based band in 2003. It’s ostensibly a bluegrass band, but the Rouths are open to letting other genres wander in. Nu-Blu covered Pat Benatar’s Grammy-winning 1982 Best Female Rock Performance winner “Shadows of the Night,” for 2013’s “Ten,” commemorating their 10th anniversary as a band. They recorded a country/bluegrass/gospel/soul fusion original, “Jesus and Jones” with Sam and Dave’s Sam Moore on 2014’s on “All the Way,” and came up with what Routh lists as the band’s first country single, “A Lot More Love,” from 2017’s “Vagabonds.”

Although Routh says that the band’s focus is bluegrass, she admits the line between ‘grass and country is blurry for the band.

She admits that there’s some great county coming out today, but still reveres the bluegrass pioneers. “We wouldn’t be where we are without them. They paved the road. It’s more than just talent, too, it’s the sheer will power, being that passionate about something and that dedicated to be able to make it what they made it.”

That belief was central to the band’s latest DVD release, 2019’s “The Stories We Can Tell.” In addition to videos for songs from “Vagabonds” including the band’s No. 1 single, “640 Battlefield Drive” and Waylon’s 1972 hit with Willie, “Good-Hearted Woman,” the Rouths included an in-depth interview that revealed a lot about their personal lives as well.

“It was that same vein of wanting to embrace our friends and our fans, bring them in on another whole level of our lives,” Routh says, “being approachable and being appreciative of the people that come to see us and the people that keep us going, because without any of them we wouldn’t be where we’re at, we wouldn’t be able to play this music on the road full time.”

It all comes back to that bluegrass accessibility thing. Routh says they enjoy sharing their lives and experiences with fans. “And maybe some of those could actually help somebody else to keep doing what they’re doing, whether it’s overcoming something difficult in their lives or just finding what they love, like the music. Doesn’t matter if it’s music or not, just finding something you love in life you’re passionate about, pursuing and enjoying that, because life’s too short.”

Despite the fleeting nature of life, Routh doesn’t waste time worrying about her musical legacy. “At this point, thinking about a legacy seems almost like a foreign concept, just for me to say I’m gonna have this great legacy feels pretentious,” she says, cackling. “It feels like I think I’m bigger than I am, or better than I am.”

Feeling that way is what keeps it real with the people they play for.

“Not having that mindset of, ‘Oh, I’m building a legacy,’ or ‘I’m this huge name in the world and everybody love me,’ that’s what helps keep me grounded and just being me,” Routh says.

On a recent outing, her dad started regaling strangers in a store about all her musical exploits. Somewhat cowed, she started to leave with her dad still extolling her virtues.

“I’m slowly walking out of the store, and this girl says, ‘Oh well, then you’re famous!’ And I said, ‘No, I’m just a small town girl from North Carolina.”

What: Nu-Blu with Terry Baucom’s Dukes of Drive