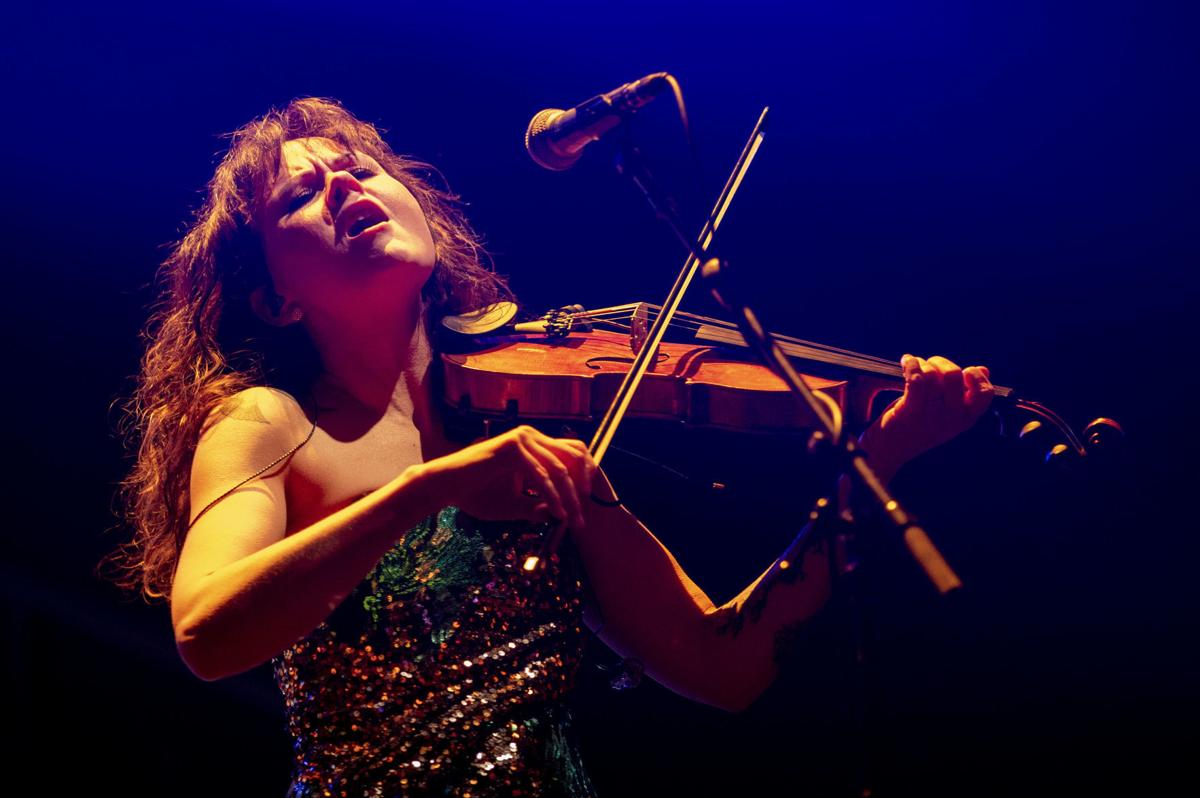 Tania Elizabeth performs with The Avett Brothers at the Greensboro Coliseum on Dec. 31.

Tania Elizabeth performs with The Avett Brothers at the Greensboro Coliseum on Dec. 31.

GREENSBORO — More than half of North Carolina adults attended a visual or performing arts event in 2017, a national survey has found.

The survey by the National Endowment for the Arts also shows that nearly half of the state’s adults read literature, and 30% performed or created art works over a 12-month period.

And 78% consumed art or arts programming through electronic media — television, radio and the Internet, above the national average of 74%.

The Survey of Public Participation in the Arts used data primarily from 2017 and 2018. The NEA, a federal agency, partners with the U.S. Census Bureau to produce it.

“North Carolina’s nonprofit arts and culture sector is a $2.12 billion industry that is helping drive the economy of every county in our state,” said Wayne Martin, executive director of the North Carolina Arts Council.

“The NEA’s survey confirms that North Carolinians love to participate in the arts,” Martin added, “whether it is the time-honored tradition of reading a book or using the most current electronic platforms and media to watch and listen to music, theater and other arts programming.”

Ryan Deal, the new chief creative economy officer for the city of Greensboro, said he found it “exciting to see that North Carolina trends above our peers in the Southeast relative to attendance at creative events.”

That shows the need for more focus on supporting the creative economy, he said.

The survey showed that 54% of the state’s adults attended a performing arts event or an art exhibit in 2017, near the national percentage. Live music performance was the most frequent activity.

The state’s percentage of adults attending a performing arts event was 48.3%, higher than in South Carolina, Georgia and Florida.

Slightly more than 15% of the state’s adults attended an art exhibit, lower than the national average of nearly 23%.

Deal also noted that North Carolina adults outpace the nation and the Southeast in their use of electronic media to consume creative content.

“This is an important indicator for makers and the nonprofit community to think about as we seek new and innovative ways for engagement with our changing communities.” Deal said.

In previous studies, arts participation has been positively linked with emotional well-being, social and civic activity, and tolerance and receptivity.

The national survey also found that:

Deal said he’s “also intrigued by the stories that the data doesn’t yield for us. That will be our work to figure out on a more local basis.”

“What are the barriers for participation experienced by those who otherwise would like to engage more with creative programs and activities?” Deal said. “How can we work intentionally and collaboratively to mitigate those and pave the way for access even more broadly?”