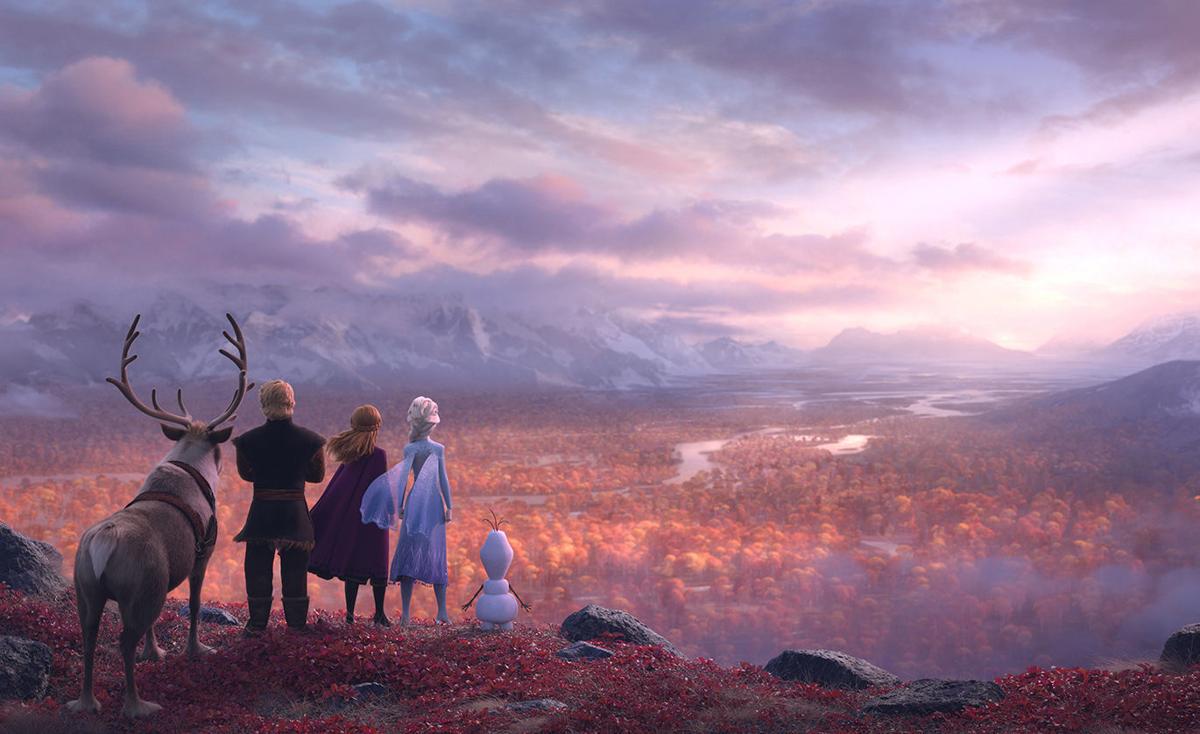 Accompanied by their trusty reindeer pal, Kristoff, Anna, Elsa and Olaf go on a new adventure in “Frozen II.” 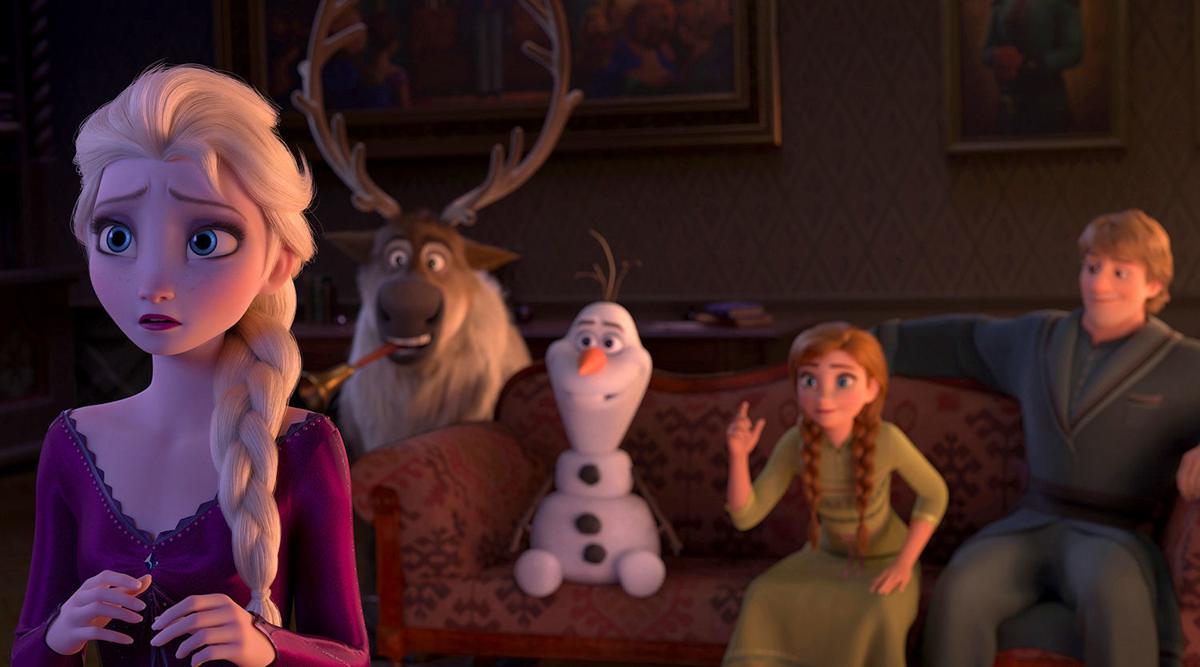 Disney’s “Frozen II” tells of the continuing adventures of Queen Elsa (voice of Idina Menzel), with her friends Sven and Olaf, her sister Anna, and Kristoff.

Accompanied by their trusty reindeer pal, Kristoff, Anna, Elsa and Olaf go on a new adventure in “Frozen II.”

Disney’s “Frozen II” tells of the continuing adventures of Queen Elsa (voice of Idina Menzel), with her friends Sven and Olaf, her sister Anna, and Kristoff.

Once upon a time, Disney sent its subpar sequels to the kingdom of Straight-to-Video — a magical land filled with such titles as “The Return of Jafar,” “Cinderella II: Dreams Come True” and “The Little Mermaid II: Return to the Sea.” It was a happier time, one that is now apparently over, as “Frozen II” hits theaters.

That’s slightly unfair. The sequel to the 2013 animated blockbuster is much better than, say, “Pocahontas II: Journey to a New World.”

But “Frozen II” is still a disappointing continuation of the story of Queen Elsa and Princess Anna of Arendelle. It’s been a few years since Elsa (voice of Idina Menzel) learned to embrace her icy powers and settled on her throne. Little sister Anna (Kristen Bell) is still with hunky lunk Kristoff (Jonathan Groff).

Living snowman Olaf (Josh Gad) continues to hang around, though now he has a fixation on the temporary nature of existence, really. Otherwise, things are going well in the charmingly Nordic kingdom, right up until Elsa begins hearing a lone voice singing from afar. Not long after the song begins — although only Elsa can hear it — the people of Arendelle experience some oddities, culminating in an earthquake that sends the entire population heading for the hills.

Elsa, Anna, Olaf and Kristoff, along with his reindeer buddy Sven, travel even further into the mountains, eventually coming upon an impenetrable mist — impenetrable, that is, until Elsa touches it. Beyond the veil they find two groups who have been trapped, and at one another’s throats, for 30 years: the first being several soldiers from Arendelle, and the second an Inuit-like tribe of magic-embracing people called the Northuldra.

To solve the problem of the mist — and the misunderstanding that has led to the decades-long cold war — Elsa decides to set out alone to find a river, once presumed mythical, that she hopes will have the answers to these mysteries, as well as the question of from where her powers come. Anna wants to go with her for protection.

But sometimes an Ice Queen has to work alone.

“Frozen II” starts off on shaky ground, largely because it backtracks on much of the character development Anna and Elsa went though in the first movie.

At the end of “Frozen,” Elsa had learned that her powers were a gift, not a burden, and she had become confident and proud in using them.

At the beginning of “Frozen II,” that confidence is gone. She has an air of timidity that doesn’t make sense, given how we last saw her. Anna, whose loneliness in the first film led her to pursue a misguided romance that nearly left her dead, seems to have settled into life with family — complete with regular Friday night games of charades. But her focus on saving Elsa from danger now seems to come from a place of desperation, rather than love.

The biggest disappointment? The music. In “Frozen,” even the throwaway songs had wit. And the lyrics of that inescapable earworm “Let It Go” are actually deeply layered — a fact that is sometimes overlooked, in the face of the song’s ubiquity. Both Bell and Menzel bring impressive vocal skills, and Groff, a Broadway star who only got to sing a few lines in the first film, gets his moment in the spotlight with the hilarious, ‘80s-inspired “Lost in the Woods.” But there isn’t really a standout song in the bunch. Returning composers Robert Lopez and Kristen Anderson-Lopez try to give Elsa two showstopping numbers: “Into the Unknown” and “Show Yourself.” But neither song reaches any emotional heights.

Yes, “Frozen II” is a letdown when compared with the original. But it’s also a lackluster disappointment on its own — a pale shadow of what it could have been. It’s hard to see how the same team who made something so cool in 2013 could deliver something so — there’s no other word for it — lukewarm.