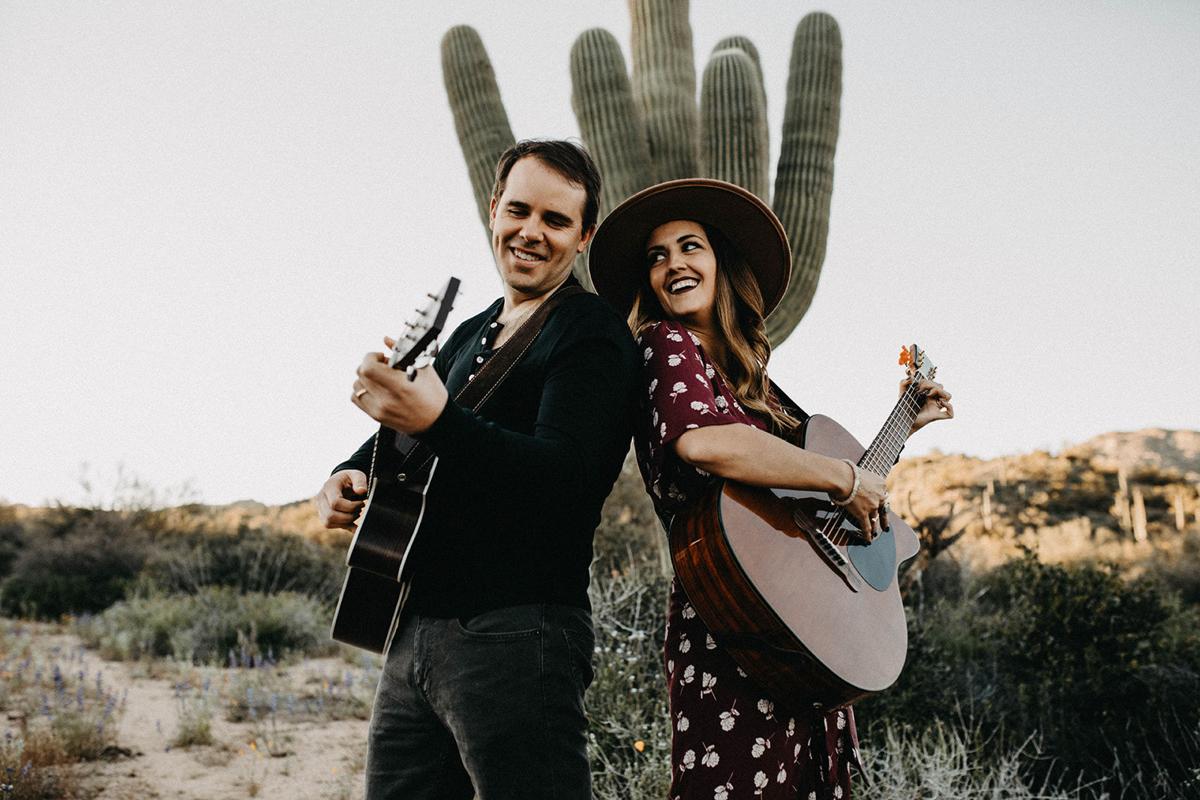 Tyler and Emma Lee Millard perform as The Ghosts of Liberty, purveyors of folk and Americana tunes. 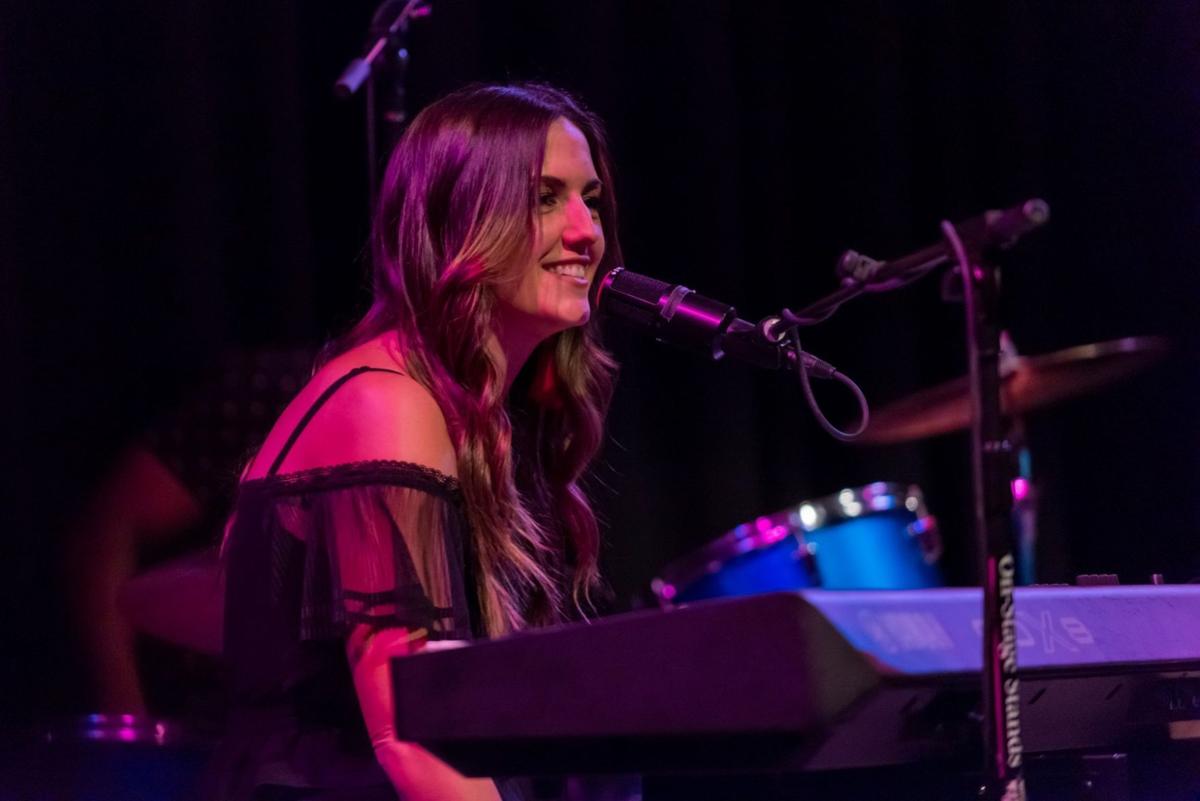 Emma Lee Millard performs as The Ghosts of Liberty. 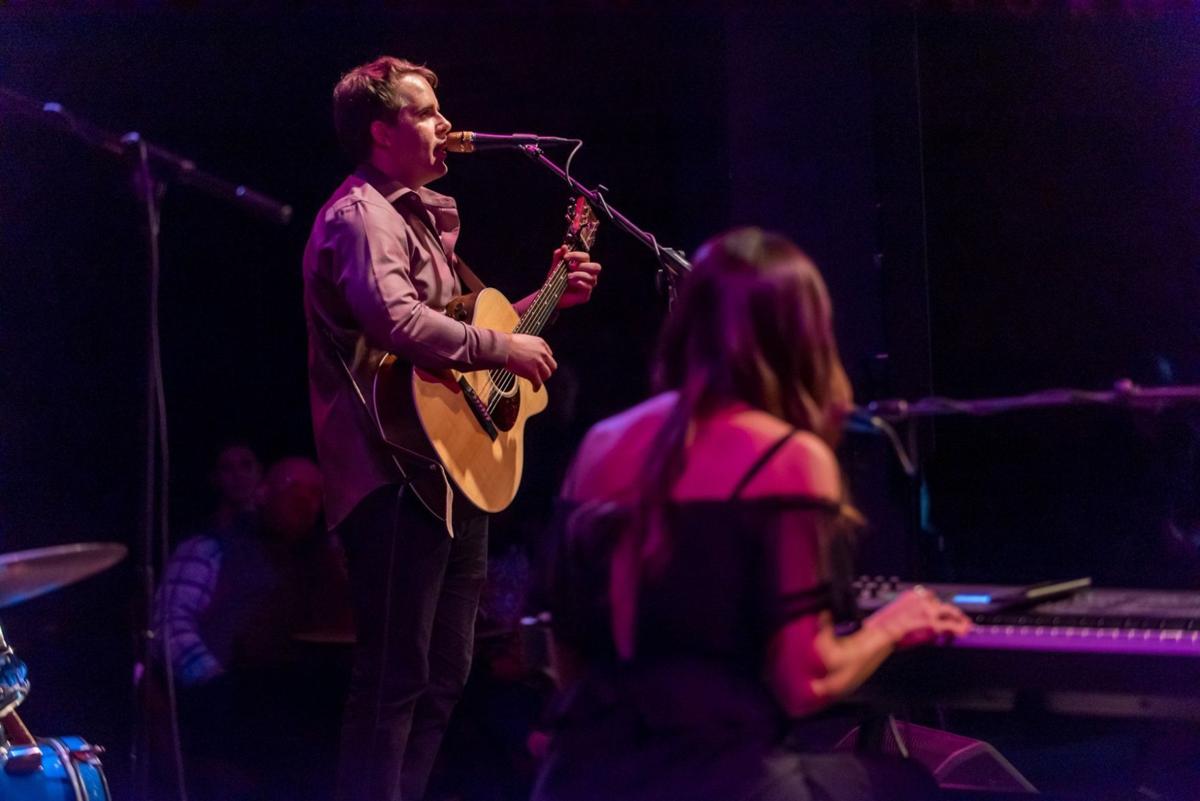 Tyler and Emma Lee Millard perform as The Ghosts of Liberty. 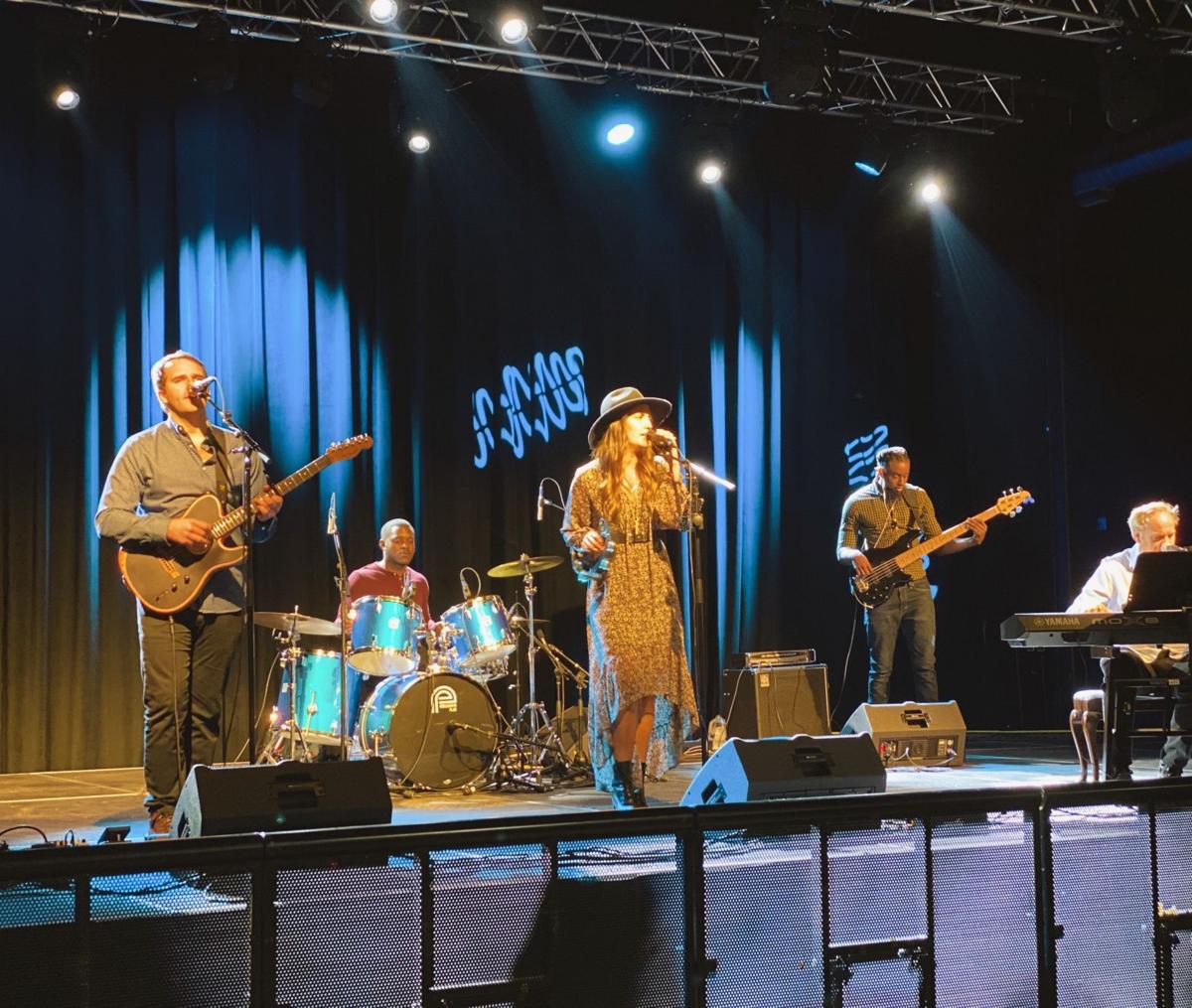 Tyler (left) and Emma Lee Millard (center) perform as The Ghosts of Liberty.

Tyler and Emma Lee Millard perform as The Ghosts of Liberty, purveyors of folk and Americana tunes.

Emma Lee Millard performs as The Ghosts of Liberty.

Tyler and Emma Lee Millard perform as The Ghosts of Liberty.

Tyler (left) and Emma Lee Millard (center) perform as The Ghosts of Liberty.

Tyler and Emma Lee Millard began dating in 2014. Veteran musicians, they would occasionally take the stage together to perform at weddings. In 2018, they married, and also decided to expand on their musical collaboration.

What resulted was The Ghosts of Liberty, purveyors of folk and Americana tunes.

The two recently spoke about creating music together, about their hopes to perform live again soon, and about kissing a pig on stage.

Emma: I’ve been singing since I was 11 or 12, was classically trained.

Then I got into musicals and stage performance, and by the time I got into high school, I joined an alternative pop-rock band with some other kids.

In college, I got into journalism, but went back to music and started gigging. I realized that music was my passion, like it was something I was called to do.

Tyler: I always liked music but didn’t pick up an instrument until I started to lose my vision when I was in college. I picked up a guitar for the first time when I was 21, and I was kind of obsessed with it. I needed something to do, since I couldn’t really play sports anymore.

And college is a great time to learn guitar, because there are a ton of people who play guitar at various levels of skill.

Emma: The Civil Wars, The Lumineers, Jason Isbell, Brandi Carlile. Anything along those lines.

Tyler: I’ve also been listening to a lot of Tom Petty lately.

Emma: Southern roots. I like the darker stuff, atmospheric, the mysterious, the minor chords. But we don’t just write dark. We like anything that’s pensive, but also pretty.

Tyler: We’re both into history. We’re going to have three songs come out in the next couple of months, and at least one of them takes place in the Antebellum Era. I like to think the way we sound is sort of like The Civil Wars.

They have really good stuff, but it’s sometimes very artsy, and maybe some of the songs aren’t accessible. We add a dash of pop or a dash of modern country.

Emma: We just wrote a song in quarantine that I think is a perfect example of what our creative process is. We don’t necessarily like to write together and force ourselves into one creative space. If I come up with a melody, or some lyrics, I will either do a voice memo of me playing a little bit on piano, or singing a cappella, and send it to Tyler, and he’ll mess with it for several hours.

And then I’ll mess around with what he did and add something else to it. And we’ll kind of go back and forth three or four times until we have something kind of complete.

Then, we’ll get in a room together and jam on it.

Do you ever sing karaoke or sing in the shower, and if so, what songs do you sing?

Tyler: I’ve done karaoke once in my life, and it was in Times Square, before I was a singer. I sang “Faith” by George Michael. That was my one and only. I sing in the shower all the time, but that’s usually songs we’re working on.

Emma: I like to sing Pink when I do karaoke. Pretty much any Pink song. She’s just awesome.

If you could open a show for any artist, who would it be and why?

Tyler: Within our genre, Jason Isbell.

Emma: To me, he’s like the king of Americana, right now. Also Brandi Carlile, who’s the queen of Americana.

What is your favorite song to perform?

Tyler: There’s a song we do every so often called “Hurricane.” The most recent version is by Band of Heathens. It’s this swampy story about how even a hurricane can’t keep down Louisiana. We get a ton of crowd reaction.

Emma: Of ours, I like “Roanoke River.” It’s so dramatic.

Tyler: It’s about star-crossed lovers, tale as old as time.

Emma: A girl brought up her baby pig once at a winery. And I love animals. So I leaned over to give it a little kiss on the face, and it squealed into my microphone, which was really cute.

What’s next for you guys?

We’re also on a collaboration album with some other duos. It’s the “Carolina Quarantine Project.” So that’s going to be released soon, too.

Tyler: We had all these gigs lined up, and we’re still trying to figure out if we’re going to be able to play them. It’s just very strange times.

The Ghosts of Liberty online