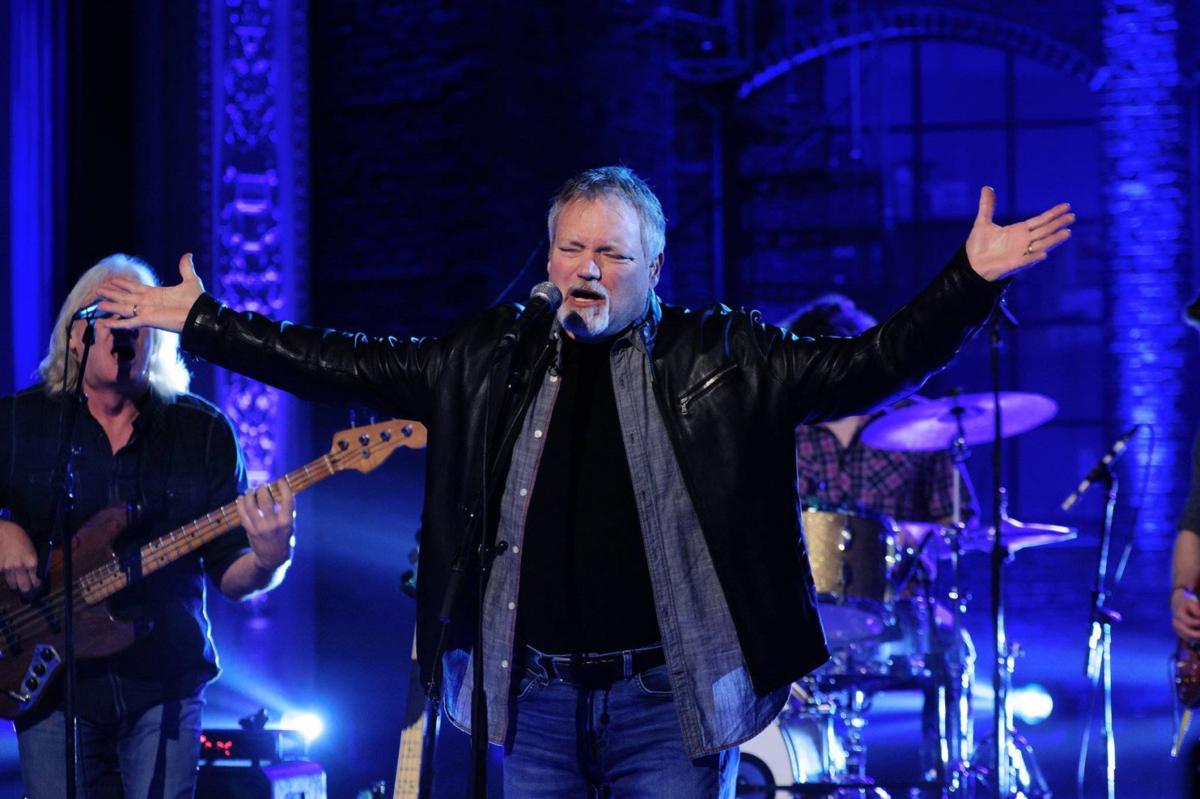 Christmas Songs & Stories with John Berry will be at High Point Theatre in High Point. 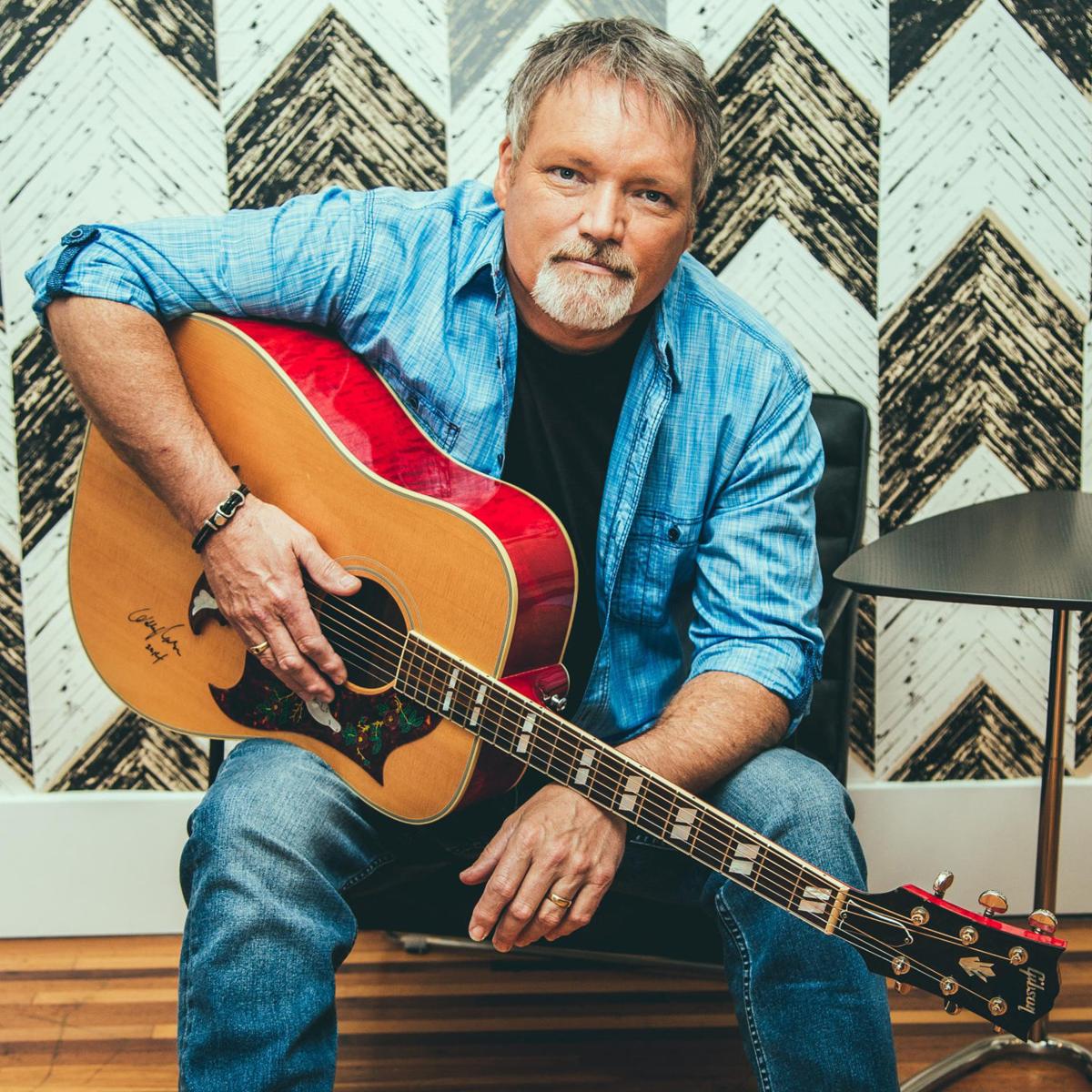 Christmas Songs & Stories with John Berry will be Nov. 24 at High Point Theatre in High Point.

Christmas Songs & Stories with John Berry will be at High Point Theatre in High Point.

Christmas Songs & Stories with John Berry will be Nov. 24 at High Point Theatre in High Point.

Santa Claus has a hard time catching up with John Berry. For the last 24 years, Berry spent most of the holiday season on the road, entertaining fans coast to coast with his Christmas show featuring his soaring tenor on an a cappella version of “O Holy Night.” The folksy country singer first hit the top of the charts with ’94’s “Your Love Amazes Me,” scoring seven hits in the top 10 throughout the ’90s with songs including ’95’s “Standing on the Edge of Goodbye, 96’s “Change My Mind,” and “She’s Taken a Shine.”

Berry’s Christmas show got its start in church. Just before Christmas in 1988, his pastor, Fred Rowell, asked Berry and his new wife, Robin, to put together a Christmas program for the Green Acres Baptist church in Athens, Ga., where Berry lived. “The next year, they asked if we would do it again.”

He kept adding strings and nights to the tour up until ’93, when Berry had surgery for a brain tumor. But he was back the next year, riding high on the number one chart success of “Your Love Amazes Me.”

“We missed ’97 because of coal chord surgery, so that would make this our 23rd year, “Berry says.

The passing references to Berry’s medical troubles don’t reveal the whole picture — breaking both legs in a motorcycle accident in 1981 when he was 21, having a brain tumor removed in ’84, then more surgery in ’97 for nodes on his vocal chords and, most recently, a cancer diagnosis.

“A year ago, I had a tickle in my throat, felt like I had the skin of a Spanish peanut stuck in my throat. And It wouldn’t go away, I couldn’t wash it out,” Berry says. At first, doctors gave him antibiotics for what they thought was a tonsil infection. But it got worse, and when Berry shined a flashlight down his throat in front of a mirror, he was horrified by what he saw. A specialist soon confirmed it. “He got a flashlight, looked down my throat, said, ‘I’ve been doing this a long time, and I’m not a BS kinda guy, I’ll tell ya like it is and it looks like cancer to me.’ My wife looked and me and I looked at her-What? WHAT? I just never expected to hear that.”

They found two tumors, and Berry underwent aggressive chemotherapy. “I had 35 radiation treatments, once a day, five days a week for seven weeks,” Berry says. The song “Why Didn’t I,” from Berry’s latest release, the EP “Thomas Road,” appears to address the things not done by a man re-examining his life after a life changing event. But the song was brought to Berry as he was going in to record the record before he knew he had cancer. “It’s not for weak people,” Berry says of his cancer treatment. “It is tough! I’m looking forward to my 60s,” Berry deadpans.

His latest triumph is “Beautifully Broken,” a song from the faith-based move of the same name based around the Mwizerwa family, survivors of the 1994 genocide in Rwanda who later ended up in Nashville. The movie’s producer, who also produced Berry’s ’90s chart hits sent a rough cut and asked Berry if he’d be interested in doing a song for the movie. “I called him up and said, ‘Man I don’t care what the song is, if you think I can sing it, I’d be honored to be a part of that if it would encourage people to see this movie. I’m in.’ Then I heard the song, and wow. Then for the first in 20 years, I had a song on the country chart again, in the top 20.”

That would be reward enough, but there’s more serendipity involved. Jenny Slate Lee, who wrote the song, already had a connection to a life-changing event in Berry’s life. In 1992 while coming back from a gig in the wee hours, Joe Diffie’s “Ships That Don’t Come In” came on the radio. The line “Those who stand on empty shores and spit against the wind/and those who wait forever for ships that don’t come in” struck a chord in Berry.

“For the first time it occurred to me, maybe all you’ll ever do is be this very popular singer in this very small town. You’ll be the big fish in the little bitty pond of Athens, Ga. And that wasn’t gonna cut it, man. I had tears running down my face. I woke my wife up and said ‘Baby, I’ve dreamed bigger than this. We gotta come up with a plan.’ ” Berry and his wife stayed up all night hatching a plan to go to Nashville every six weeks and do a showcase, wait two weeks for feedback and do it over and over till somebody paid attention. On the first showcase in 1982, Berry got signed by Capitol records. The serendipity comes in from an earlier event. “If you back up a little, Joe Diffie was in the studio recording ‘Ships that Don’t Come In,’ and Jimmy Slate, his producer was there and his little girl (Jenny) couldn’t go to day care that day, she had to go to the studio with her dad and she was there in the studio with Diffie the day they recorded ‘Ships.’ And here’s the girl who got me back on the charts for the first time in 20 something years. Just one of those cool little things, might make for a bad TV movie, maybe a ‘Lifetime’ movie special,” Berry chuckles.

But when his final credits roll, Berry wants them to reveal his faith as a follower of Christ. “Nothing else matters,” he says matter of factly. “I hope folks like my music, but I hope they see Christ in whatever I do and it leads to something that’ll be meaningful in their lives and their relationships. The rest of the stuff is all fleeting.”