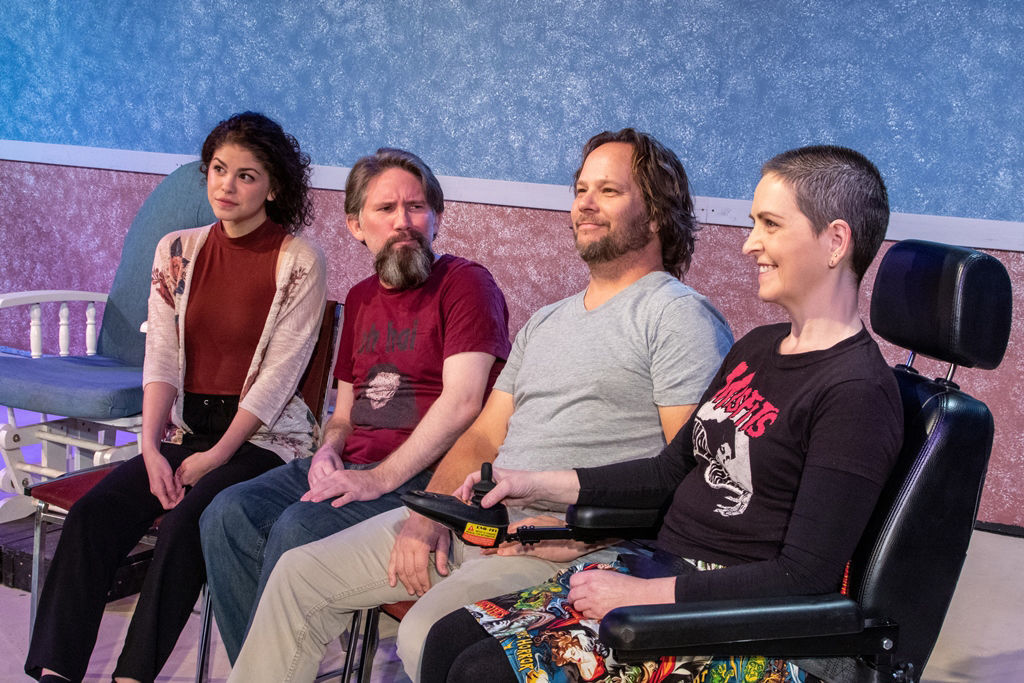 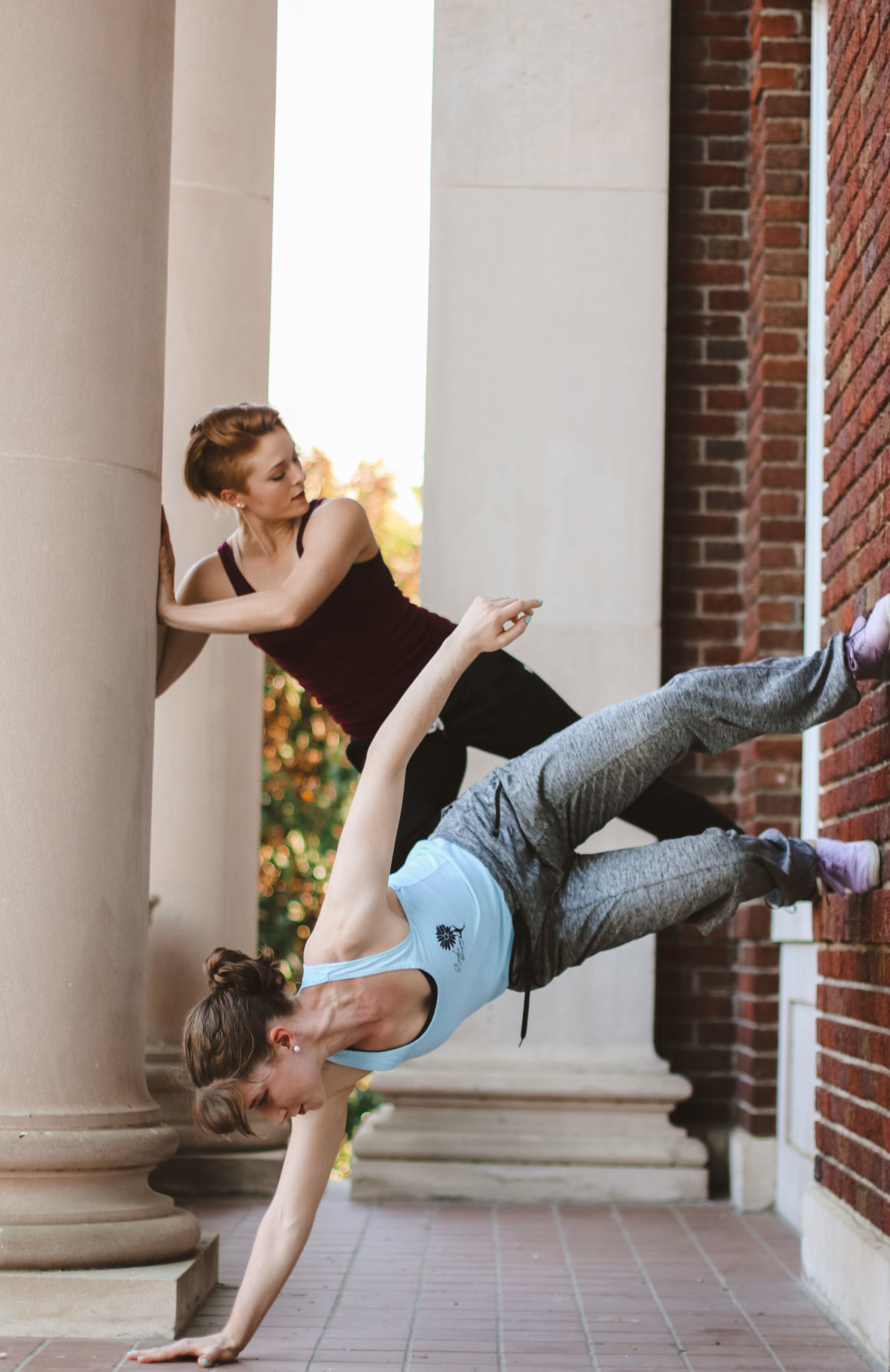 Nicole Lawson and Dylan Reddish in “Love Notes,” from “The Skeleton in My Closet.” 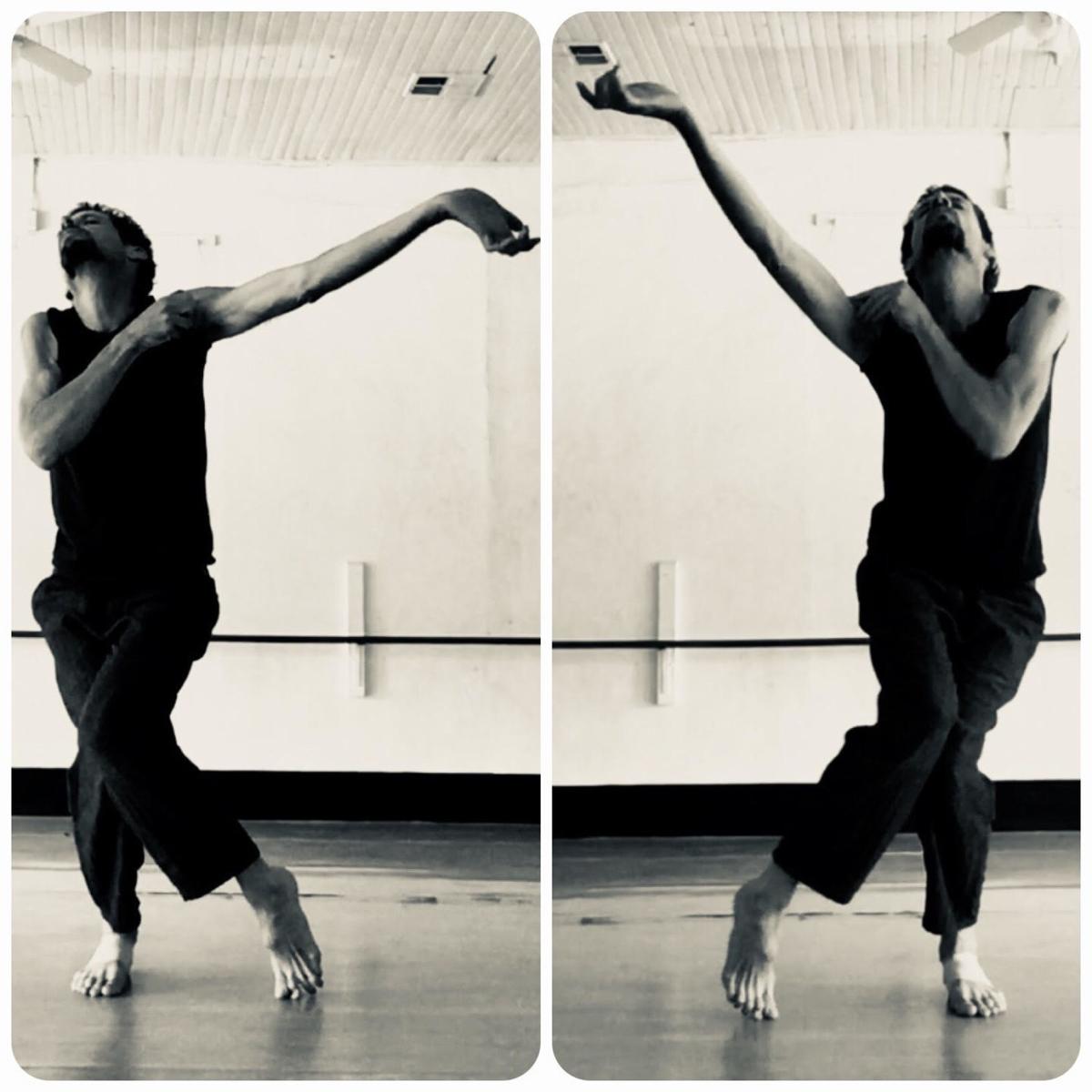 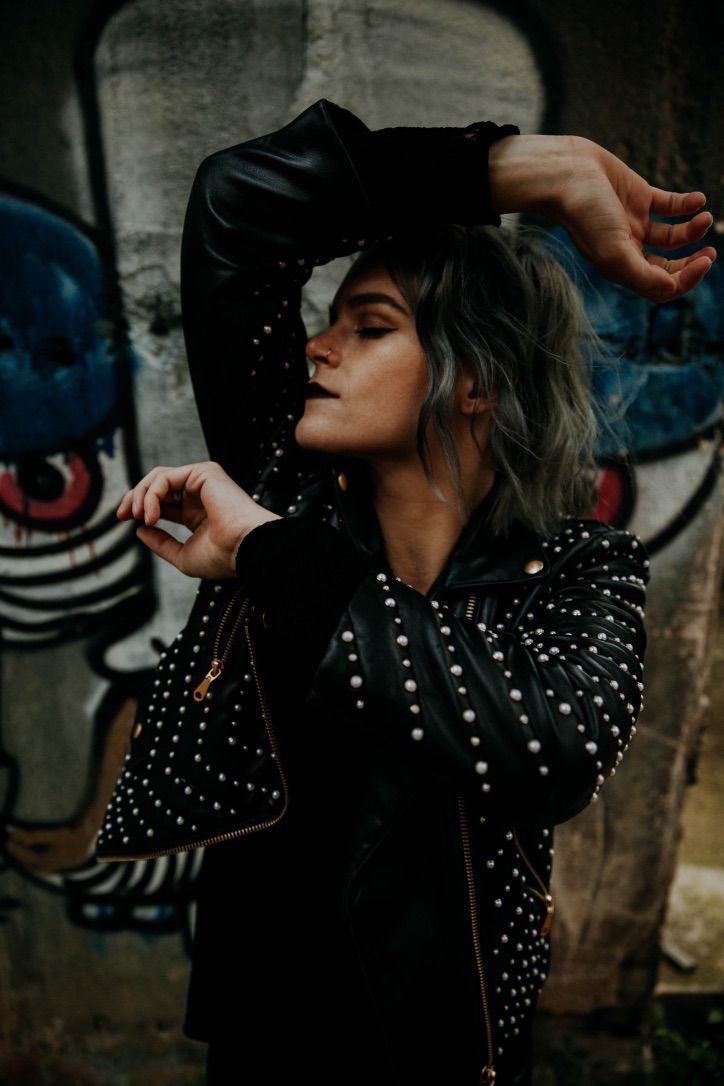 Cass Simmons will appear in "How to Cope" at the 2020 Greensboro Fringe Festival. 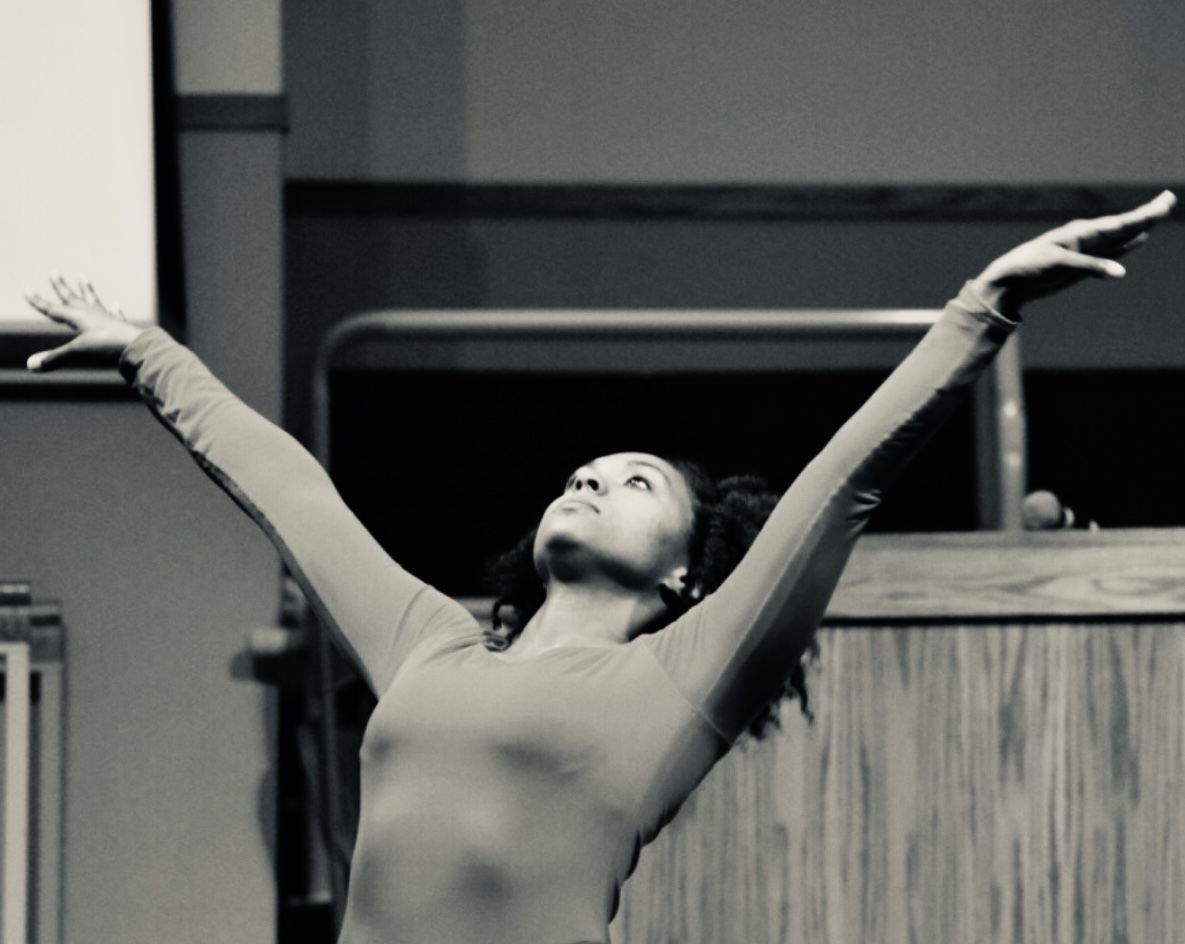 Jackie Bennett will appear in the 2020 Greensboro Fringe Festival, which runs Jan. 16-Feb. 2. 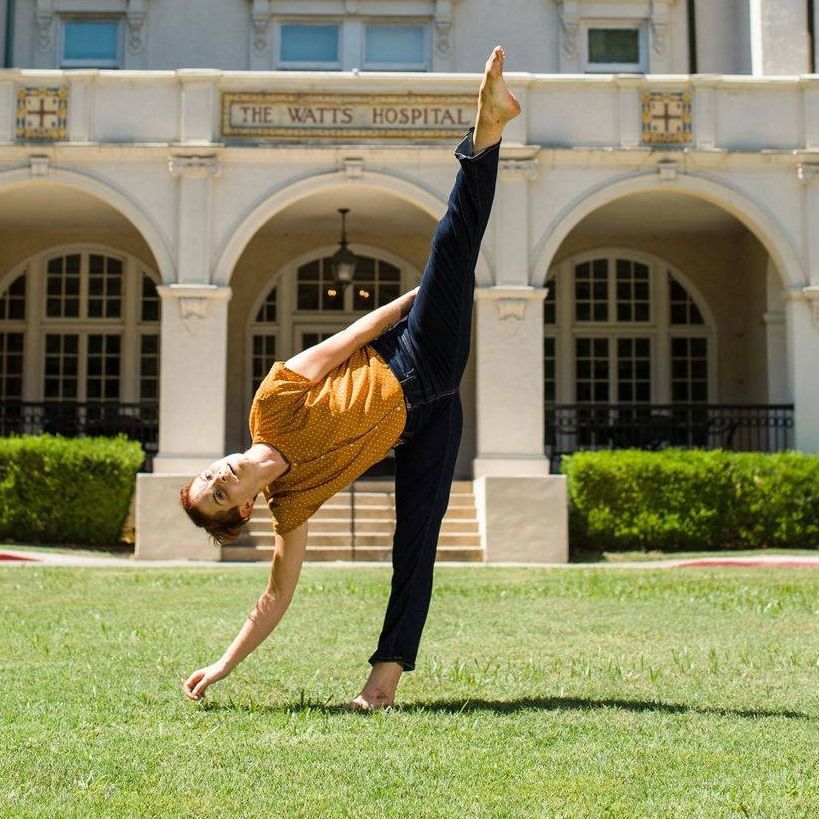 Renay Aumiller will appear in “By Chance” at the 2020 Greensboro Fringe Festival.

Nicole Lawson and Dylan Reddish in “Love Notes,” from “The Skeleton in My Closet.”

Cass Simmons will appear in "How to Cope" at the 2020 Greensboro Fringe Festival.

Jackie Bennett will appear in the 2020 Greensboro Fringe Festival, which runs Jan. 16-Feb. 2.

Renay Aumiller will appear in “By Chance” at the 2020 Greensboro Fringe Festival.

The festival will bring 10 eclectic works over 12 days to the Steven D. Hyers Theatre in the Greensboro Cultural Center and the Caldcleugh Multicultural Arts Center.

Each work will be performed twice — and one four times — during the festival, which runs through Feb. 2.

The festival enables emerging performance artists to showcase their new work in a professional environment and continue to build their fan base.

More than 100 N.C. artists work in front of and behind the curtain.

“We just want Greensboro to come out and support these young artists and give them a reason to stay here and keep working,” said Todd Fisher, the festival’s longtime executive director.

“The thing I love about 18 years of the Fringe, is that I never quite know what I am going to see until the audience sits down and those lights go up,” Fisher said. “Things change. Theater is live. It’s a living organism, and it’s exciting. And I hope Greensboro finds it that way, too.”

The festival will open tonight with “Bags of Skin,” 2020 winner of the annual New Play Project and Mark Gilbert Award. The play will be performed daily through Sunday.

Its author is Pete Turner, a Greensboro resident, actor, playwright and children’s librarian at the Greensboro Public Library.

He is a member of the Greensboro Playwrights’ Forum, a program of The Drama Center and sponsor of the New Play Project.

“It was nice to have a local writer win that prize this year,” said Fisher, who will direct the play.

Fisher describes the 90-minute play as a “very dark comedy.”

The characters participate in a group therapy session for those with physical and/or emotional disabilities.

And as in any group therapy session, personalities start to clash.

In the span of just three therapy sessions, who could possibly convince a man born with one hand that a divine being exists? Does a man with dwarfism, a woman with a twisted spine or another woman whose own DNA is destroying her from the inside have a chance? Or will the one-handed man pull the others into his own dark abyss?

“It is an interesting take on how society views disabilities and the disabled,” Fisher said, “and also some introspective soul-searching from an able person’s perspective on the (Americans with Disabilities Act) and how society, even with this big wave of inclusion, still sees people as different from us or different from me.”

The festival continues on Jan. 24 at Caldcleugh Multicultural Arts Center with “Stuck,” a one-man, family-friendly musical written by and featuring Carlos Heredia. This marks Heredia’s third time in the Fringe Festival.

Jan. 25 will offer four performances between the Hyers theater and Caldcleugh.

“We did the schedule so that you can come see a dance concert (at the Hyers theater) and then drive three minutes to Caldcleugh and see a play,” Fisher said.

Two of them pair a short play with a one-act play: “The Stupidist Argument in Human History” by Larry Bliss of the Triangle area, paired with “If That’s Not Cheating” by Cindy Argiento of Winston-Salem; and “But That’s Another Story” by Jackie Sanders with “The Assault(s),” by Marilyn Barner Anselmi.

Audiences might notice a few small changes in this year’s festival.

The festival board received applications from out-of-state performers, but ran out of room to include them, Fisher said.

After two years, Kid Fringe for the younger set did not return.

“We did not get any submissions geared toward kids, so we tabled it for this year,” Fisher said.

A decade ago, the festival had increased performances from two to three, to give media more time to review them and audiences to respond.

But with fewer reviews being written, festival organizers cut back performances of most works to two.

On the other hand, that might lead to larger audiences at each performance, Fisher said.

As much as he has enjoyed overseeing the Fringe Festival, it soon will be time to hand it over to someone else, Fisher said.

During his tenure, his post has been strictly volunteer, with most money from audience donations going back to the festival’s performing artists.

He hopes to have a new director in place by the 20th annual festival.

“It’s time for somebody hopefully younger with some new innovative ideas that can take the Fringe to, hopefully, another level,” he said. “If not, maintaining it at the level it is, is fine too.”

• 6:30 p.m. Jan. 16, 8 p.m. Jan. 17-18, 2 p.m. Jan. 19 at Stephen D. Hyers Studio Theater, Greensboro Cultural Center, 200 N. Davie St.: “Bags of Skin” by Pete Turner, Winner of the 2019 New Play Project. In the span of just three therapy sessions, who could possibly convince a man born with one hand that a divine being exists? Does a man with dwarfism, a woman with a twisted spine, or another woman who’s own DNA is destroying her from the inside have a chance? Or will the one-handed man pull the others into his own dark abyss? This is a dark comedy chock full of uncomfortable laughs.

• 8 p.m. Jan. 24, 3 p.m. Jan. 25 at Caldcleugh Multicultural Arts Center, 1700 Orchard St., Greensboro: "Stuck," by Carlos Heredia. Four random strangers find themselves together at a crossroads of life. While different from one another, they soon discover that they have more in common than they think. But, will it be too late? Will anxiety, fear, self-loathing, stubbornness, or habit keep them exactly where they are?

“How to Cope” is a performative lecture by Cass Simmons that discusses how we, as an American society, cope with stress. This comedic dance work questions what defense mechanisms are being activated in responses to stress and discomfort and how they seep out.

"The Orchard Knives" by Michael Rank explores repetitive shapings constrained within the cycle of an action and a regret. and the travel and the terrain that occupy the spaces between.

"By Chance" by Renay Aumiller is a practice in spontaneous and community-partnered dance making. The movement could not exist without audience input, nor could the performance without others presence in the room. It is a practice in transparency, and it attempts to adjust the roles of the performer and audience relationship.

"The Stupidest Argument in Human History," a play by Larry Bliss, pokes “holes in the valorization of interpersonal conflict and our stubborn insistence on being right in the face of reason and common sense” and subscribes “to the radical notion that people should get along, even in a conflicted world.”

"If that's Not Cheating," by Cindy Argiento which explores cheating in all its forms from a physical affair to an emotional affair. It questions if a couple’s marriage can survive infidelity and come away stronger or if their marriage will dissolve.

"But That’s Another Story," by Jackie Sanders. What do a neighborhood wannabe player, a rising business partner, a gold-digging secretary and a business tycoon have in common? You will never believe how these very different folks are all connected. Come see as their dirty laundry unfolds for all to see in this hilarious tale of twisted secrets.

"The Assault(s)," by Marilyn Barner Anselmi. College student Shel convinces her roommate, Tonya, to report an on-campus assault to the newly formed, Me Too-inspired task force. When the identity of the perpetrator is revealed, everyone is shocked.

• 7 p.m. Jan. 29 at Stephen D. Hyers Studio Theater. Staged Reading Playwrights Forum. It features "Simple Things" by Chauncey Miller. Jesse’s Joint is a place where people come to eat, laugh, fight, dance, cry and most of all tell their story. From one decade to the next you’ll see people find love, find a way out, and find themselves. Shelia, the owner, wants something better for herself but doesn’t know what that is. Even if she did, would she have the guts to go for it.

• 6 p.m. Jan. 30, 8 p.m. Jan. 31 at Stephen D. Hyers Studio Theater: “The F Word," directed by Shelley Stolaroff Segal. ("F" stands for family.) Eric and Mary have chosen to parent. They’re confident that they’re capable of raising healthy, happy children without the church’s approval. After all, it was a straight couple who lost us paradise and raised a homicidal son. Or was that a misprint?

"Love Notes from the Skeleton in My Closet" by Nicole Lawson and Dylan Reddish. We all have something to hide. We all know the fear that your deepest secrets will be revealed. We fear that the identities and worlds we have created for ourselves will be destroyed if anyone ever knew the truth. From embarrassing stories to deeper secrets about sexuality or past trauma, we all have a skeleton waiting in our closet. What if yours could talk?

• 9 p.m. Feb. 1, noon Feb. 2 at Stephen D. Hyers Studio Theater: "Bottom's Dream" by Chris Tilley. “Bottom’s Dream” is a play with songs, based on William Shakespeare’s “A Midsummer Night’s Dream” with fairies, magic, lovers, frolicking in the forest, and Bottom, who — in our version — suspiciously resembles Groucho Marx. This romp in the woods is not quite suitable for all ages.