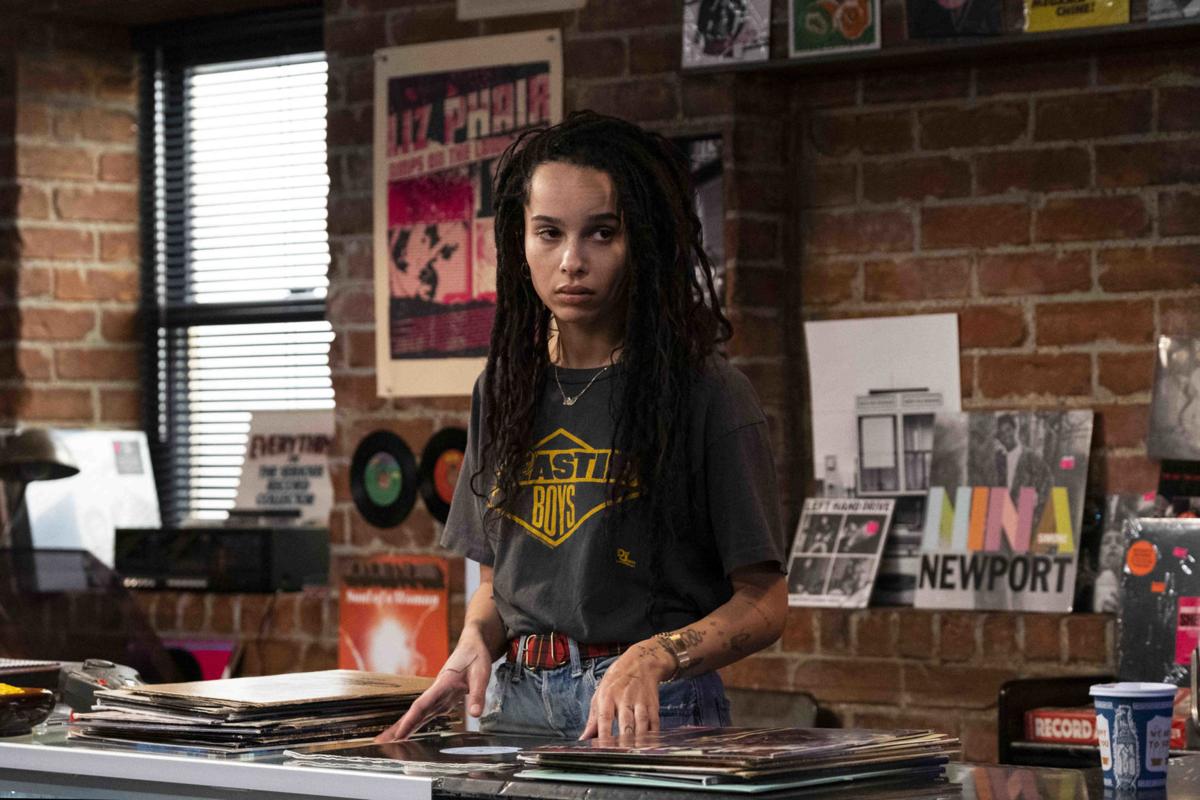 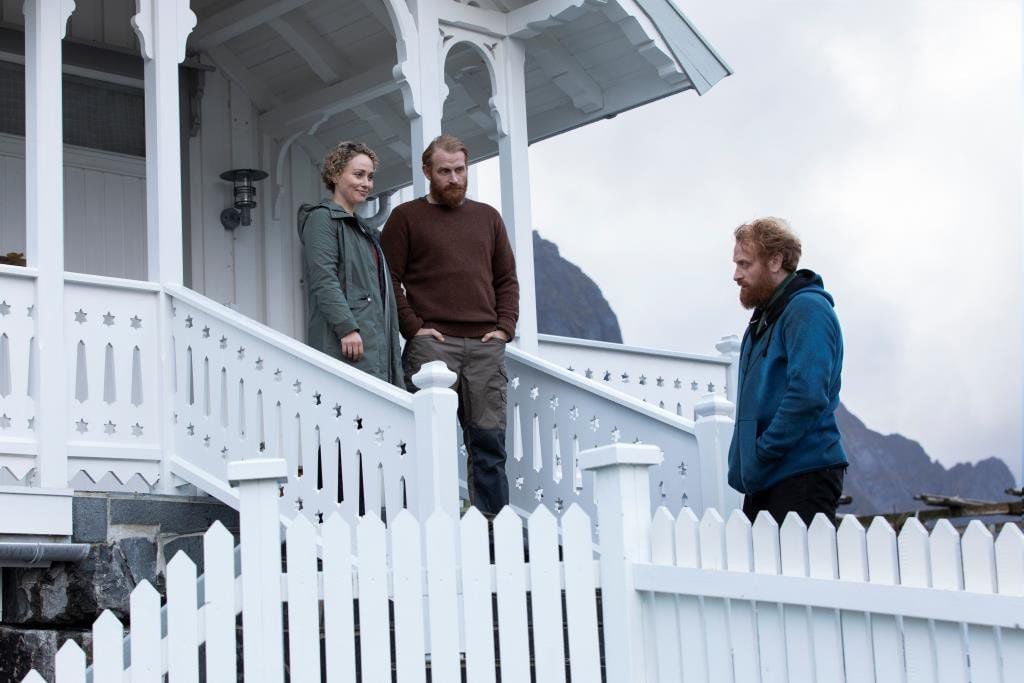 The latest incarnation of Nick Hornby’s 1995 comedic novel “High Fidelity” is coming to Hulu next weekend, timed for Valentine’s Day, with a cast including an alumnus of the UNC School of the Arts.

The story, as with the previous novel and film, revolves around Rob, a lovelorn record store owner prone to introspection and self-destructive behavior that leads to even more introspection. The original novel was set in London and followed a British bloke; the 2000 theatrical version had John Cusack as a Chicagoan; and the new, gender-swapped, incarnation has Zoe Kravitz as a Brooklynite. Her mother, Lisa Bonet, was a co-star in the 2000 film.

Jake Lacy — most recently seen in such TV shows as “Fosse/Verdon” and “I’m Dying Up Here” and the RiverRun opening night movie “Ode to Joy” — plays Clyde, a nice guy she meets who causes her to think back through past relationships to figure out what has gone wrong in the past.

The 10-episode first season is being released at 3:01 a.m. Friday. The supporting cast includes Da’Vine Joy Randolph and David Holmes as Rob’s dysfunctional but endearing employees and Thomas Doherty (“The Descendants”) as a musician. Parker Posey guest stars in one episode based on a memorable incident from the original book that was left out of the 2000 film, but had been filmed and was included as a deleted scene on the movie’s DVD release.

A picture book devoted to “Golden Girls” is being released Tuesday by Kingswell, a division of Disney Books. “Thank You For Being a Friend” is a fun 32-page book illustrating the lyrics to the classic TV sitcom that were written by Andrew Gold, with illustrations by Julie Houts that depict scenes from the long-running series. The hardback book sells for $14.99.

Several films up for Oscar awards tonight have local connections. John Hilary Shepherd, a UNC-Greensboro alumnus, is a co-executive producer on “1917,” which is up for best picture. Though she was not directly nominated, Margaret Qualley, who attended the UNC School of the Arts, was one of the co-stars of “Once Upon a Time ... In Hollywood,” which is also up for best picture. Both films are nominated for 10 awards overall. The Oscars will air on ABC starting at 6:30 p.m. today.

A new romantic drama from filmmaker Ava DuVernay makes its debut this week on OWN. “Cherish the Day” is an anthology series, with the plan for each season to follow one relationship as it develops. The first season follows a couple played by Xosha Roquemore and Alano Miller over the course of five years in eight episodes. The first two episodes will air at 10 p.m. Tuesday and 8 p.m. Wednesday this week, after which later episodes will air at 8 p.m. Wednesdays.

After stealing many scenes as the bombastic Tormund Giantsbane in “Game of Thrones,” Kristofer Hivju is taking the lead — times two — in a brooding, suspenseful drama on streaming TV. “Twins,” a Norwegian crime drama, has recently been added to MHz Networks, a streaming service devoted to international TV mysteries, dramas, comedies and documentaries, subtitled in English.

“I just want to say to American fans, there’s no need to fear the subtitles,” Hivju said in a phone interview from Oslo. “There’s so much content out there you can enjoy.”

The story, set in a Norwegian village, revolves around Erik, an irresponsible surfer dude who has to step into the identity of his more successful and somber twin brother Adam following an accident. Erik and his sister-in-law Ingrid (Rebekka Nystabakk) have to put up a front to cover up what happened.

Twins is a dream project and several collaborators, including Kristoffer Metcalfe, the lead director and co-writer, first came up with 13 or 14 years ago, filming a pilot initially as a Western where one brother was a priest and the other was a criminal.

“We were fascinated by twins,” Hivju said. “We wanted to take the premise seriously as we could, because the conflict of being someone you’re not is big enough.”

Even though the pilot didn’t lead to anything then, “The idea didn’t stop,” he said. “It was an idea we fell in love with. ... The unique thing about twins is they have the same DNA, they are created equally, and we were fascinated by that. ... You take two characters, make them as different as humanly possible, and then mix them up.”

Another draft had one brother in an asylum and the other as a businessman. They finally settled on the premise as depicted in “Twins.” “We’re just happy we made it happen,” he said. They settled on a setting in Norway’s Lofoten Islands, which had beautiful scenery and atmospheric villages. “We wanted a small community, and we wanted the characters to be surrounded by mountains,” he said. “We liked the wildness .... We didn’t want to show like a postcard version of Lofoten.”

Hivju is a prolific actor in Norway, and currently part of “Beck,” a series of Swedish crime drama TV-movies that has been running since the 1990s (he has been a part of it in the past six years or so). Other English-speaking roles beyond “Thrones” have included parts in “The Fate of the Furious,” “After Earth” and the 2011 version of “The Thing.”

He first got into acting after dabbling in a career in music. “I played in a band,” he said, describing it as a blend of folk and pop with influences including Irish and Indian music. “It was a pretty cool band, but then I was cast as Hamlet in high school, and it was something where I felt a larger talent for acting than for music. So I started drama school and went with it. My parents and grandmother were actors, but I tried to avoid it as long as I could.”

His role in “Game of Thrones” put him in the spotlight, as Tormund became a cult favorite among the show’s sprawling cast — and the subject of action figures and other toys. “I played with He-Man figures and Star Wars figures when I was small, so it’s fun and absurd to have them of yourself,” he said.

“I haven’t changed, but of course ‘Game of Thrones’ was a big stage, and as an actor it has opened many doors,” he said. Though he is happy with his acting career, he still hopes to get back to recording music. “I want to get out a record before I die,” he said. “It’s on my bucket list.”

All eight episodes of “Twins” are now available on the streaming service. New customers can get a free seven-day trial at mhzchoice.com.