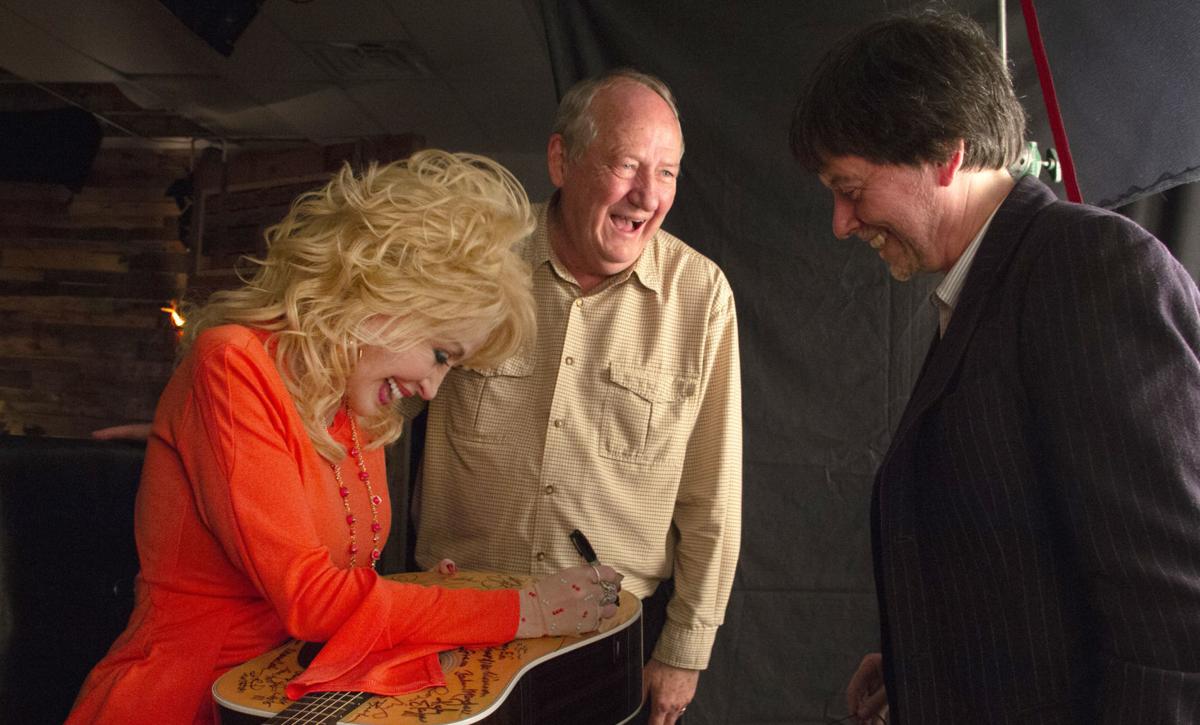 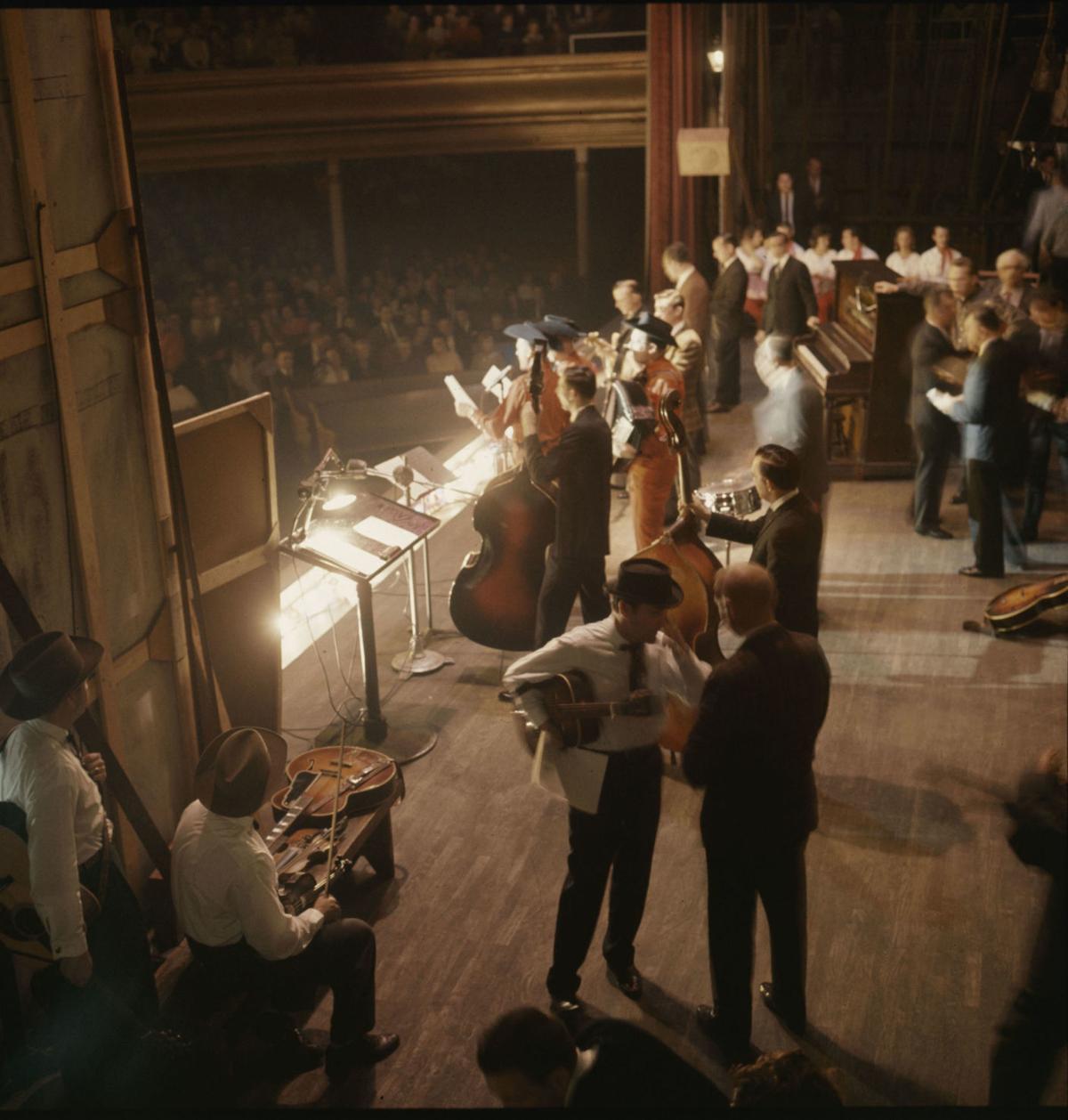 The Grand Ole Opry at the Ryman Auditorium, Nashville, c.1960. 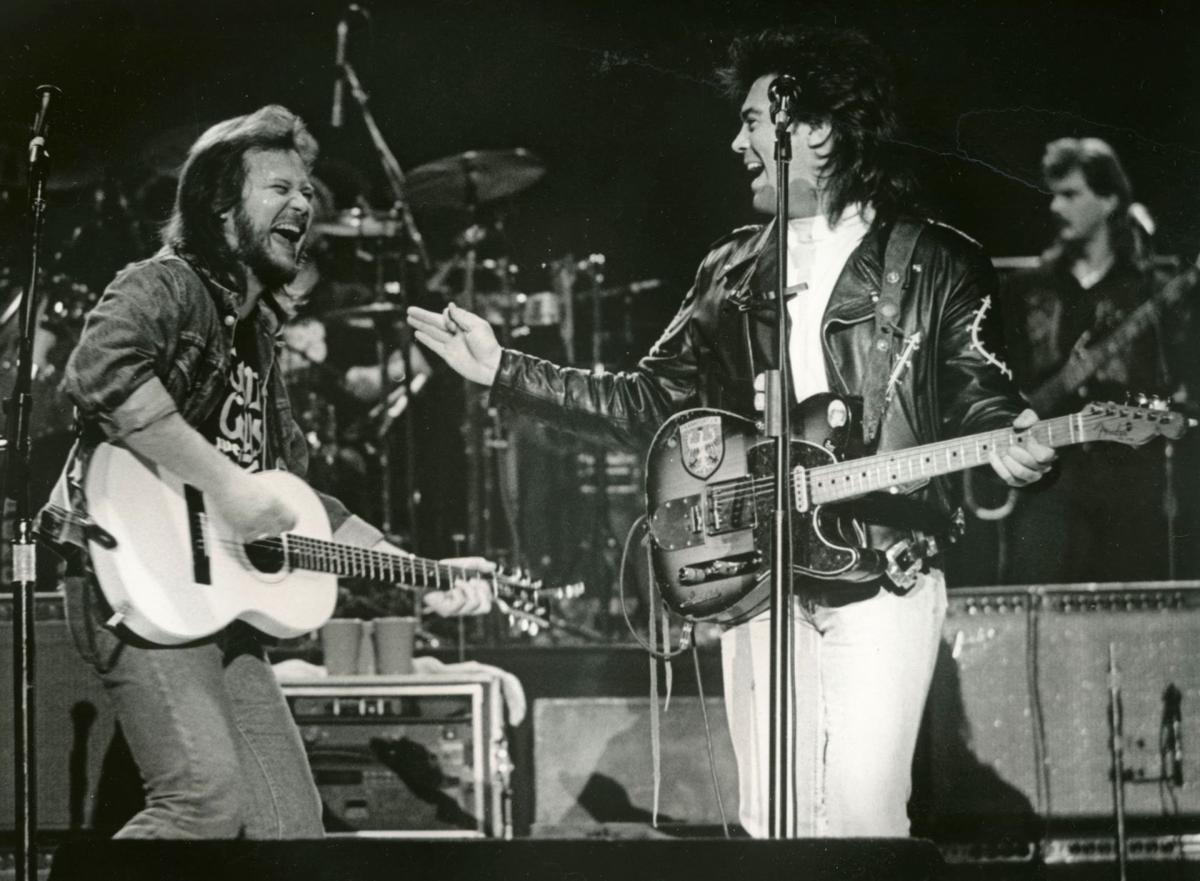 Travis Tritt and Marty Stuart on the Grand Ole Opry, 1991. 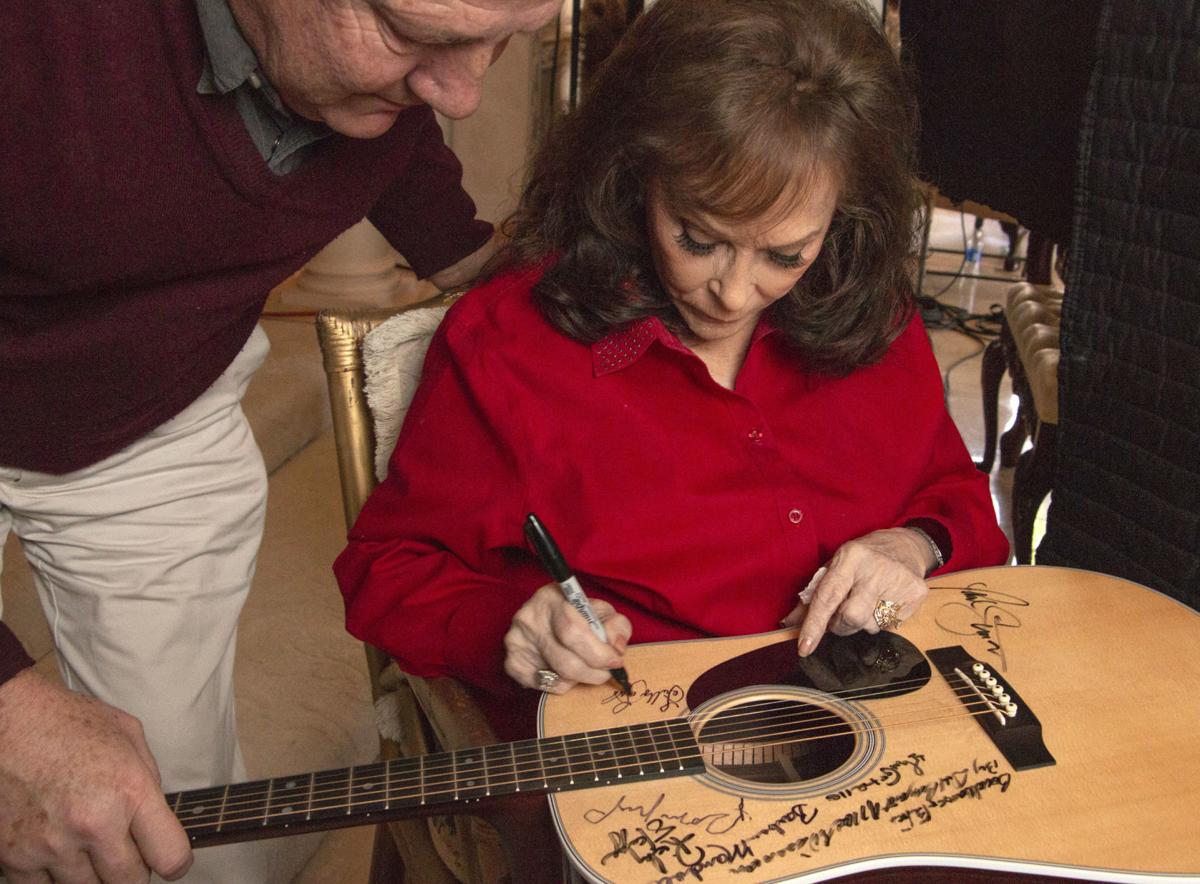 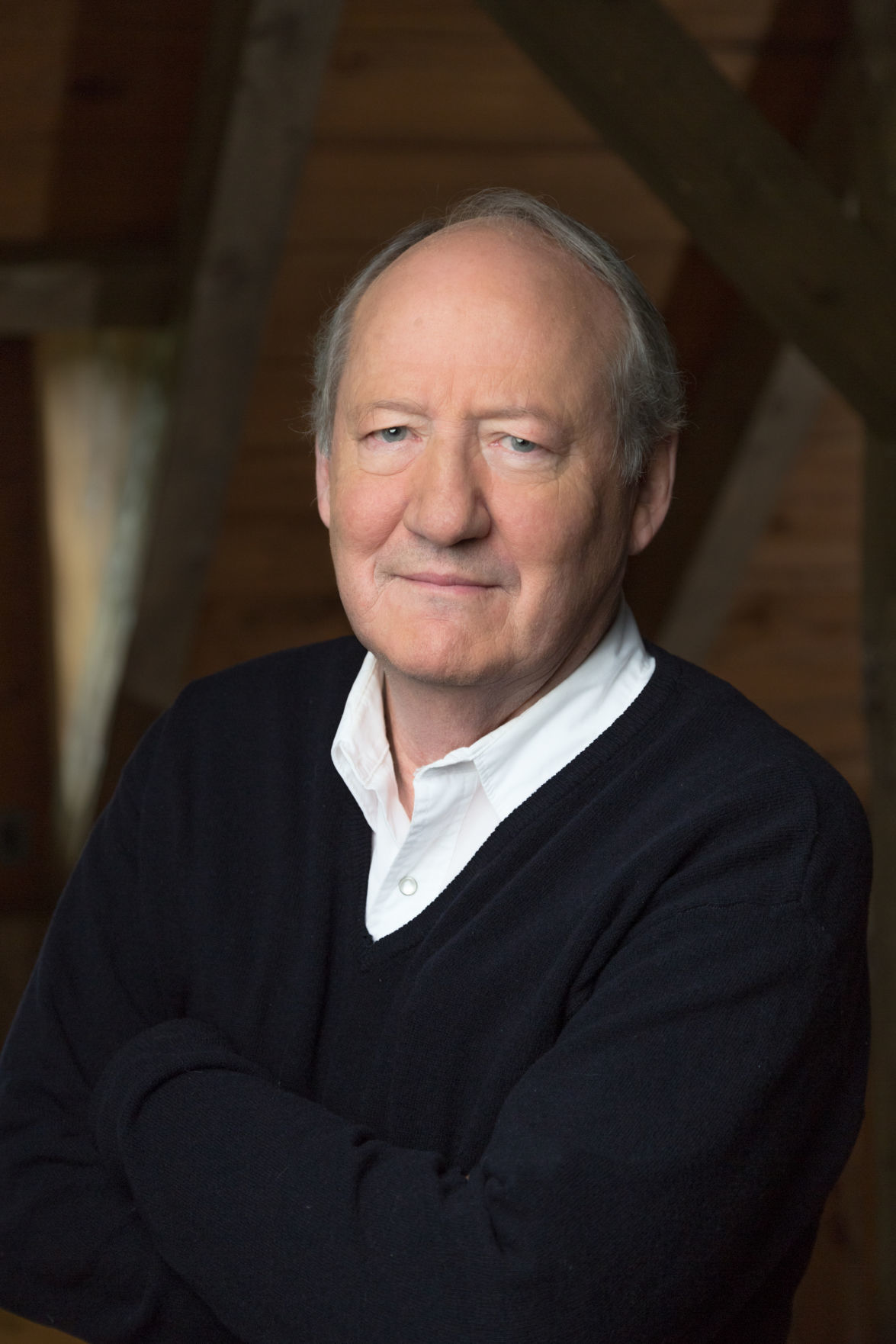 The Grand Ole Opry at the Ryman Auditorium, Nashville, c.1960.

Travis Tritt and Marty Stuart on the Grand Ole Opry, 1991.

As the writer and co-producer of many projects with filmmaker Ken Burns, Dayton Duncan has to become an expert on a wide variety of topics.

His latest project is “Country Music,” an eight-part, 16-hour documentary series that looks at the history of the country music genre. The first episode airs at 8 p.m. today on UNC-TV, with other installments airing through Wednesday this week and then the week after, also Sunday through Wednesday.

That follows previous collaborations Duncan has had with Burns and producer Julie Dunfey that have included such acclaimed documentary series as “The Civil War,” “Baseball,” “Jazz,” “The West,” and “The National Parks.”

“I think over the last 25 or 30 years, I’ve had the best job in the world — for me, at least,” Duncan said. “I get to, as both a writer and producer of these films, get to have, as I describe it, a self-directed post-graduate degree in an interesting topic.

“I learn as much as I can about a topic, and try to turn it into a story that is accurate, first of all, and clear and understandable, and with even more aspiration is also compelling.... I’ve been waiting for someone to tap me on the shoulder and say ‘this has all been a big mistake, you’re supposed to have been in a cubicle at IBM headquarters all these years.’”

The idea for “Country Music” started about ten years ago, when a friend of Burns suggested to him that the subject would be ripe for a documentary. He called Duncan and they talked it over, concluding “Why haven’t we already done this? It’s a great topic.”

They conducted 101 interviews for the program, Duncan said, most of them with people in the country music industry, including Dolly Parton, Rhiannon Giddens, Marty Stuart, Charley Pride, Dwight Yoakam, Willie Nelson Loretta Lynn, Merle Haggard, and many more, as well as the offspring of performers of the past.

“Only one of them, interesting and unusually, was with a historian,” Duncan said. That was Bill Malone, the author of “Country Music USA” and other books on the subject.

“Usually, our films are populated with historians,” Duncan said. “In this, though, as we started down the road talking to different songwriters and performers and producers, we realized they were passionate about the music’s history as well and very versed in it. It gives it a little different flavor.”

In all, they recorded more than 175 hours of filmed interview material. Only a fraction of that is included in the documentary, but the production is donating the uncut interviews to the Country Music Hall of Fame for their archives.

The first episode traces the origins of what we now know as country music, with subsequent episodes following the developments of the genre and a wide assortment of subgenres, including bluegrass, folk, Western swing, rockabilly, and much more.

Along the way, viewers learn the stories of many popular entertainers, including Jimmie Rodgers, the Carter family, Bob Wills, Flatt and Scruggs, Bill Monroe, Johnny Cash, Gene Autry, Elvis Presley, Patsy Cline, Hank Williams, Charlie Poole, performers from the Grand Ole Opry, and dozens of others. Duncan said that while he enjoyed exploring the back story of familiar performers, he especially enjoyed learning about ones he was not familiar with, such as The Maddox Brothers & Rose, a Depression-era group that became known as “America’s Most Colorful Hillbilly Band.”

“This was a great way to get to know these people,” Duncan said. “Most of these artists were ones where I knew their names and had probably heard a song or two, but I didn’t know anything about them. I’m not the kind of fan that delved into the lives or anything like that, I just liked their music.”

Duncan, 70, grew up in small-town Iowa with country music a part of his life, and even performed with a folk group in the early 1960s.

“My relationship with country music would make a good country music song,” he said. “We fell in love, fell out of love, I cheated on it, we got back together...” His interest in the genre was reawakened in the 1970s by Waylon Jennings and Emmylou Harris.

Though music historians aren’t prominently featured in the interviews, they were still involved in the process of putting together the film, suggesting topics, looking at scripts and providing feedback and “telling us what we are doing right and what we are not doing right,” Duncan said. “Then you make judgments, knowing that for every person’s story you tell and every moment you focus on that you’re trying to highlight, there’s 20 or 30 others you don’t have time for.”

Even at more than 16 hours, he said, the documentary can’t cover as much story as there is to tell. “We take that seriously and understand,” Duncan said. “This is our best effort.”

Themes in Ken Burns' new documentary on country music resonate in the career and work of Rhiannon Giddens. The Greensboro native and Grammy Award-winning singer, songwriter and multi-instrumentalist was among more than 100 people interviewed for "Country Music," which will begin airing Sept. 15 on PBS.