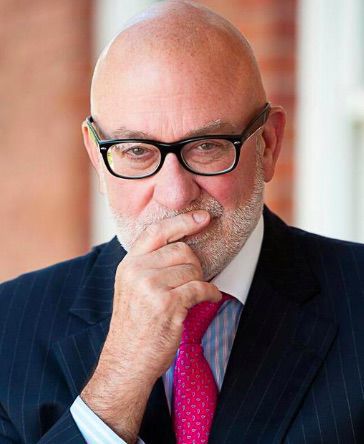 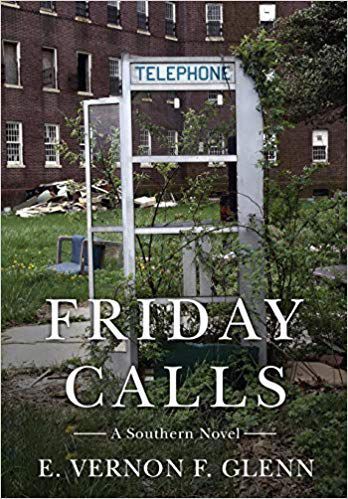 People who know Winston-Salem’s past won’t be able to help themselves.

When they start reading E. Vernon F. Glenn’s novel “Friday Calls” and come across names of real people — Harry Davis, the proprietor of City Beverage; Madge Roberts, the famous “madam”; Judge James A. Harrill Jr.; Mayor Marshall Kurfees; Daddy-Oh On the Patio at WAAA, the black radio station, and a slew of others — and real places — the Old Town Club, for starters, and Green’s Supper Club northeast of Greensboro — they are bound to wonder how much of this work of fiction is true.

Then they’ll see other names that, obviously, have been changed — Vogler’s, the prominent funeral home chain, has become Freunde’s, and Moravians have become Lutherans — and wonder what’s going on.

The novel never offers a date or even a decade, and readers may wonder about that as well, especially if they realize that, for example Marshall Kurfees was mayor from 1949 to 1961, and Madge Roberts, convicted in 1976, was just getting started in her “career” in the early 1960s.

Don’t waste too much time worrying about all that, Glenn advised in a recent interview.

“It’s a novel,” he said. “I picked personalities and characters and stuff and just sort of mixed and matched them.”

Generally, he used real names of people who are dead, but not of those who are still around. “Young Gene Vogler (of the Moravian Vogler family) is still alive, even if he’s not so young anymore,” Glenn said. “So I didn’t use Vogler.”

For the spelling of Winston-Salem’s police chief from 1963-73, it’s printed “Justice” Tucker instead of the actual spelling of “Justus” Tucker. That was a mistake that he caught on the proofs and decided he liked it.

And although the two major events in the novel — a train hitting a car in Guilford County, killing a prominent Winston-Salem businessman and a young woman who wasn’t his wife; and a fatal shooting at a drink house in East Winston — are based on things that really happened, they didn’t really happen on the same night or the same decade.

The train crash was in 1952, and the man who died really was, like the character in the book, named Archer Glenn. He was Vernon Glenn’s uncle, and although Vernon Glenn was 2 years old at the time, he grew up knowing there was a story there.

“Many years later, I asked my Mama what in the world happened to Uncle Archer, and she said, ‘We don’t talk about that,’ ” he said. So, of course, “my curiosity was piqued.”

The story of the shooting at the drink house came from a case Glenn handled in the late 1970s when he practiced criminal law in Winston-Salem, before he moved to Charleston, S.C., and took up civil litigation.

Glenn is outgoing and loves to tell a good story. Friends had been urging him to write a book for some time, he said, and, with his law career winding down, it was time.

The shooting case had “been rattling around in my head for a couple of years.” The story of his uncle’s death by train interested him so much that he got a researcher at the Forsyth County library to dig up old newspaper accounts.

“What I did for purposes of the story was compress them into the same time,” Glenn said. “I pushed them together in time, and then the story just sort of carried itself.”

“I had a real good time writing it,” he said.

Liberated by the license of fiction, he made other changes as he saw fit. He made Archer Glenn an executive at Quality Textile company, when really the business of the Glenn family and their Bennett cousins was Quality Oil. His Uncle Archer really did have a wife — “Aunt Louise” — who “struggled” with some things, but he changed some family details.

He doesn’t mind telling you that the lawyer character is essentially himself. The name — Edward V.F. Terrell — is a play on his own, Edward Vernon Ferrell Glenn.

Other things are straight from real life, including Mary Sue Martin, the name of the young woman killed in the train crash, and much of the transcript from Kenny Peak’s preliminary hearing.

When Glenn had the book finished, with the help of Alice Osborn, an editor in Raleigh, he published it himself, partly to speed things along.

Then he hired a publicist to help him promote it, and he says he’s having as much fun touring and giving talks as he had writing.

“It’s been well received,” he said. “I even had about 80 people at a book signing at the Old Town Club,” he said, “and they loved it. The irony was not lost on me.”

“I’ve only had one relative say they wish I hadn’t written the book because it’s embarrassing,” he said. “I said, I’m sorry, I didn’t want this thing to hurt anybody’s feelings.”

He’s had such a good time, in fact, that he is aiming to write a trilogy. He’s already at work on No. 2, titled “You Have Your Way,” in which the lawyer/Vernon Glenn character has “an adventure, traveling a little bit, doing things that might be interesting and a little provocative.”

There may be a few names of real people in it, he said, “but nothing like the first one.”