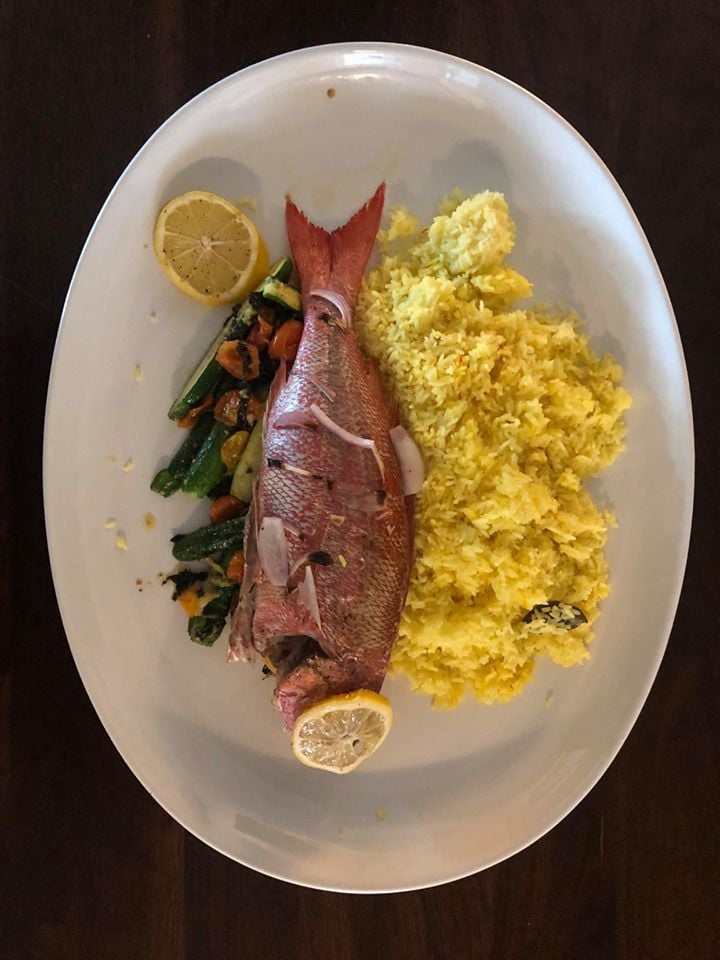 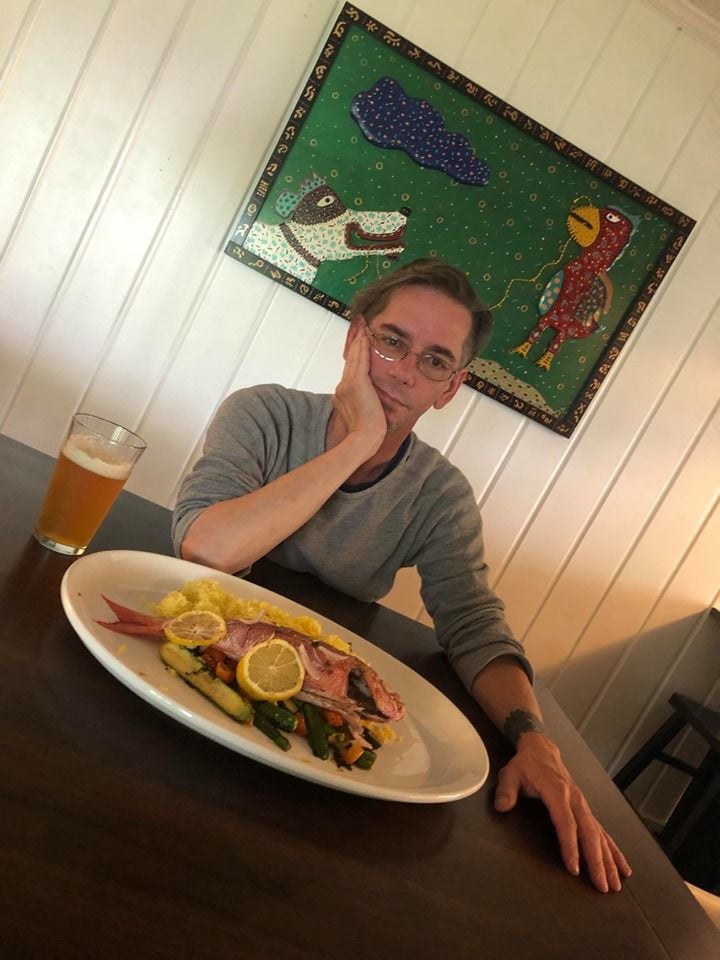 Matthew French and his dinner of red snapper, saffron rice and zucchini.

Matthew French and his dinner of red snapper, saffron rice and zucchini.

GREENSBORO — What do chefs do when restaurants are closed and they shelter in place for weeks?

They cook and they share their dishes on social media.

That was the inspiration behind Chefs Cooking at Home During Quarantine, a public discussion group on Facebook that gives us a glimpse into the kitchens of area chefs.

“We don’t work in a vacuum. You feed off each other’s inspirations and the love of doing what you do,” said Matthew French.

French, who has been a chef for nearly 30 years, started the group. “I thought this would be a way for us to keep in touch and support each other,” he said.

French is no longer in the industry. He quit his job as a chef at a retirement center in December and started a home studio for photo styling of food and other products like fashion. But he admits he misses the commercial kitchen, which is part of the reason he started the Facebook page.

“I was curious what these fantastic talents would be doing at home in their own kitchen,” French said, who said he has been associated with Greensboro restaurants including Café Europa, Old Town Draught House, Lucky 32 and The Undercurrent.

The group, which has nearly 100 members, includes chefs, aspiring chefs, home cooks and foodies. Mary Lacklen, Timothy Bocholis, Chris Blackburn and Trey Bell are just some of the chefs who are members.

“All aficionados of the craft,” French said.

Members are posting photos of their kitchen dishes from grilled pork chop with andouille sausage Hoppin’ John to potato and leek soup.

French encourages home cooks to join and post their creations, as well.

“One of my posts was a box of Stouffer’s creamed chipped beef,” he said with a laugh.

He encourages cooks to try making their own sourdough starter for bread because yeast is scarce.

“You can’t find it. It’s almost as bad as toilet paper,” French said.

“All of Jacques Pepin’s videos are fantastic, particularly those in which he cooked with Julia Child,” he said.

For entertainment, French recommends the movie “Big Night” and anything that features the late Anthony Bourdain.

Some tutorial videos have been posted to the Facebook group, and he encourages chefs to post more. And he invites all foodies to check out the group.

“Come look and join and post your stuff,” French said.

To join chef Matthew French's group, go to Facebook.com and search for "Chefs Cooking at Home During Quarantine."