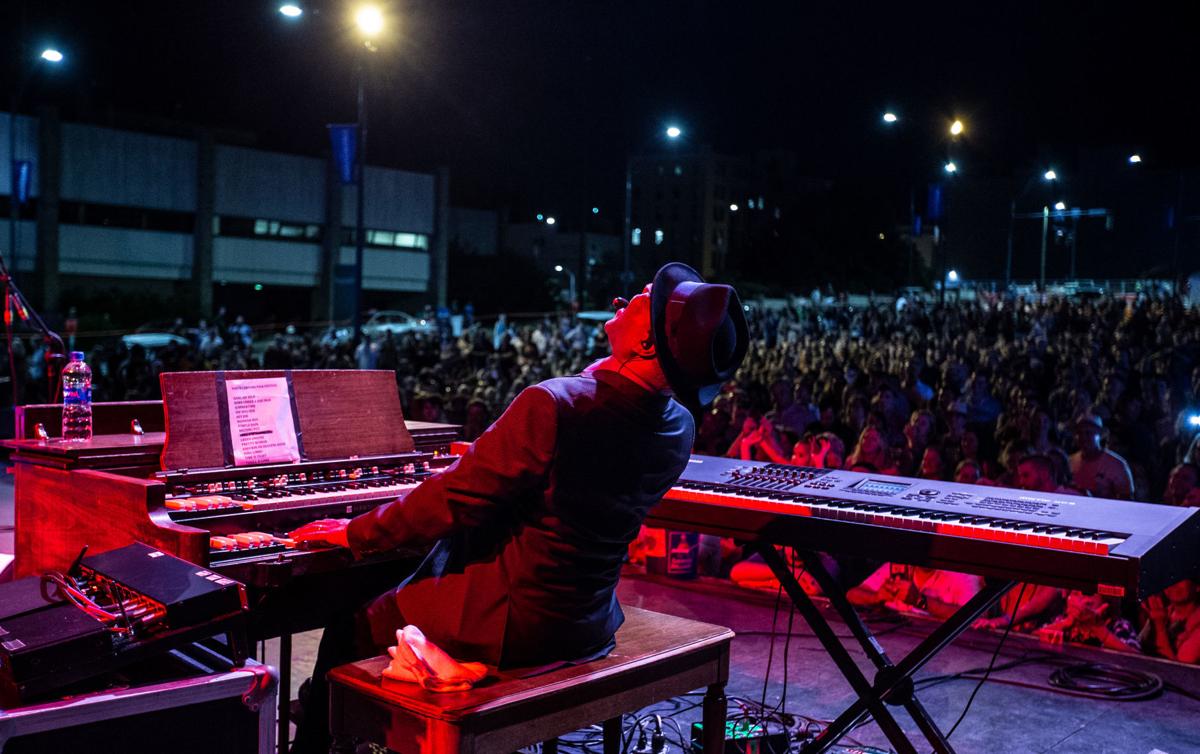 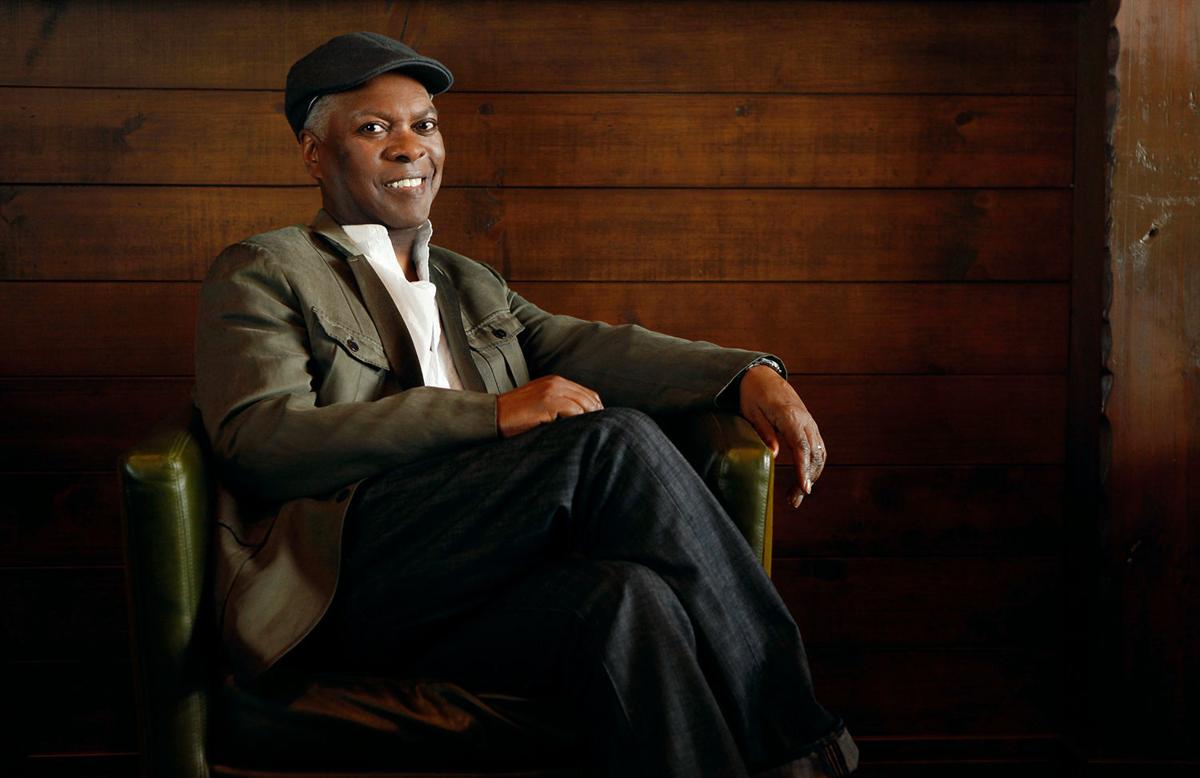 Musician Booker T. Jones, of Booker T. and the MG’s fame, has written a memoir and will be discussing it and performing at The Ramkat in Winston-Salem. 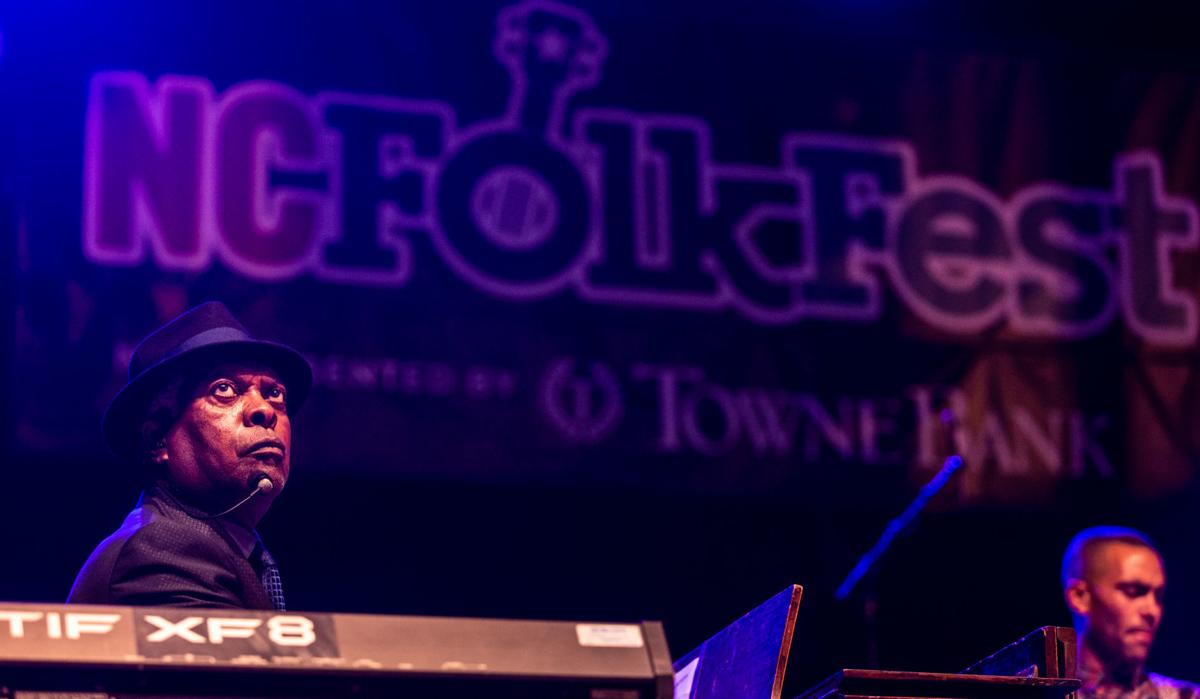 Booker T. Jones will read from his memoir before performing at The Ramkat on Feb. 20.

Musician Booker T. Jones, of Booker T. and the MG’s fame, has written a memoir and will be discussing it and performing at The Ramkat in Winston-Salem.

Booker T. Jones will read from his memoir before performing at The Ramkat on Feb. 20.

Despite fronting the pioneering band Booker T. and the MG’s, Booker T. Jones has never been one of those spotlight guys, seemingly content behind his Hammond B3 organ or in the production room.

But Jones played a vital role in some of the most enduring musical moments of the 20th century, whether it was inventing modern soul music while at Stax Records in Memphis, Tenn., or backing up Otis Redding at his legendary performance at the Monterey Pop Festival in 1967.

In more than 60 years as professional musician, Jones has enjoyed a remarkable career, from backing up famed gospel singer Mahalia Jackson during an afternoon tea when he was 12 years old to playing with the Drive-By Truckers, contemporary Southern rockers, in 2019.

In between, he has bumped up against the greats — Isaac Hayes, Ginger Baker, Bob Dylan, Carlos Santana, Willie Nelson — and is in that dwindling generation of aging rockers who drew from gospel, blues, country and rock ’n’ roll, to create the explosive soundtrack of the 1960s.

So, yeah, he’s got some stories to tell.

And he does so in engaging fashion in his new memoir, “Time Is Tight: My Life, Note by Note.”

It’s a fun, revealing look into the life and creative process of Jones, 75. Long associated with Memphis, Jones moved west in the early 1970s and now lives in Reno, Nev.

He will be at The Ramkat in Winston-Salem on Feb. 20 to talk about his book then play a concert later that evening in a band that will feature his son, Ted Jones, on guitar.

Jones is a fan of memoirs and includes Mary Karr’s “Liars Club” and J.R. Moehringer’s “The Tender Bar” among his favorites.

“It was the way they expressed their true nature. They went right at you,” Jones recalled recently.

“The first musical autobiography I read was Keith Richards’, and that just really rang true to me. I drove those roads,” he continued “And Bob Dylan, who I knew personally, he was more literary to me. He’s a poet.”

Jones’ first stab at his memoirs was a traditional tale, set chronologically. Encouraged by an editor, he experimented with structure, writing vignettes from different eras and locales, bouncing from 1950s Memphis to 2019 Los Angeles.

“I realized memory was like a muscle, and the more you use it, the better it works,” Jones said. “I was fortunate to write my memoir when I had a full memory.”

Jones’ memories of his childhood are particularly evocative. The son of a teacher and secretary, Jones grew up in a music-loving household and was given his first clarinet when he was 9 years old, a life-changing moment.

“The dank smell of the case, the black wood, the beautiful green felt that caressed each piece, and the excess glue on some of the pads made a sight I will never forget,” Jones writes in his book.

He waxes lovingly toward other instruments as well, including the instrument that he is most associated with, a Hammond B3 organ.

Jones worked two jobs, saving money for music lessons, and soon began working at clubs and as a member of the Mar-Keys, the house band for Stax, the groundbreaking record label whose acts included Carla Thomas, Wilson Pickett and Redding.

“A lot of that drive and discipline was from my family’s economic situation. We weren’t wealthy, but it was just a common mindset in my neighborhood for a boy to have a job,” Jones said.

At that Sunday afternoon tea with Jackson in the mid-1950s, he accompanied her on piano.

After the song finished, Jones writes in his memoir, “I sat motionless at the piano, unsure what to do, like an orphan who had found a home. My hand had been taken.”

In 1962, as “Green Onions,” a bouncy instrumental co-written by Jones, climbed the Billboard charts, he left for Bloomington, Ind., to study music composition at Indiana University. He was just 17.

For four years, he traveled back and forth between Memphis and Bloomington, splitting time as a professional musician with Booker T. and the MG’s, and as a student and member of one of the school’s marching bands.

“It was special, just like Memphis,” Jones said of Bloomington. “It had everything I needed, when I needed it.”

Booker T. and the MG’s, which also included “Duck” Dunn on bass, Steve Cropper on guitar and Al Jackson on drums, became one of the go-to backing bands, serving as the house band for Dylan’s 1992 all-star concert making his 30th anniversary in the music business, and backing Neil Young on his 1993 world tour. Jackson died in 1975, and a rotating cast of drummers filled his seat.

Apart from his own playing career, Jones was a producer of Nelson’s acclaimed 1977 album, “Stardust.”

A member of the Rock & Roll Hall of Fame and winner of a Lifetime Achievement Award from the Grammys, Jones remains connected to Memphis.

“I meet new people whenever I go back,” he said. “Those hands are reaching out to me.”

Lisa O’Donnell writes about artists — visual, musical, literary and more — for the Winston-Salem Journal. Contact her at lodonnell

What: Booker T. Jones will read from his memoir, "Time Is Tight," followed by a concert at The Ramkat

Cost: The reading is free. Concert tickets start at $25 for standing floor seats.