Diane Chamberlain is a New Jersey native who now lives in Raleigh. 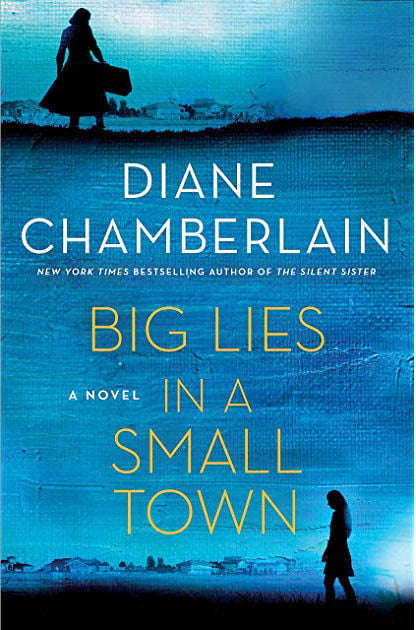 In the late 1930s and early 1940s, one of the federal government’s efforts to help Americans through the Depression involved hiring artists to paint murals in post offices.

The idea was that the project would both help a worthy artist who probably was struggling to get by and make fine art “accessible to all people” in well-used public buildings.

Artists were selected through competitions run by the Treasury Department’s Section of Fine Arts.

Readers may have seen one of these murals. A website about New Deal art in North Carolina lists 43 post office murals, including ones in Eden (then Leaksville), Reidsville, Madison, Burlington and Chapel Hill. Some are in post offices still in use; some of the buildings have been turned to other purposes but still have the murals; some of the murals, have been, sadly, destroyed.

Edenton, the beautiful, historic little Chowan County town on the Albemarle Sound, is not listed as having had a post office mural.

But in her compelling new novel, Diane Chamberlain, a New Jersey native who lives in Raleigh and calls North Carolina her “true home,” has given Edenton not only a post office mural but also a compelling mystery centered on that work of art.

Don’t let the novel’s soap-opera-evoking title, “Big Lies in a Small Town,” put you off. Maybe Chamberlain ran out of shorter, pithier titles after publishing 26 novels, many of them bestsellers. “Big Lies in a Small Town” is accurate, as far as it goes. But it doesn’t convey the nuances, history and insights into art and artists that enrich this story.

The novel tells two intersecting stories, that of the artist who painted the mural and that of the aspiring artist hired nearly 80 years later to restore the long-hidden and badly degraded mural that never made its way onto the post office walls.

Anna Dale, a young New Jersey woman, won the commission in 1939 to paint the mural in Edenton despite having never been there, but she and the mural vanished before it was complete enough to be hung. Morgan Christopher is a young woman whose aspirations to become an artist were crushed when she landed in prison before graduating from Carolina.

Unexpectedly, Morgan is offered the chance to get out on parole if she will accept the job of restoring the old mural so that it can be hung in an art gallery soon to opened in Edenton. The gallery is the creation of a famous African American artist, Jesse Jameson Williams, who died a few months earlier. He had the mural for some reason, and his will stipulated that Morgan Christopher restore it and hang it in the museum.

That’s one of the first of many mysteries: Though Morgan had admired Jesse Jameson Williams’ work, the two had never met, and she couldn’t imagine how he would have heard of her. Not to mention that she has no experience as an art restorer.

But the job offer is her ticket out of prison, so she accepts.

The story develops through alternating chapters, Anna is in third person, and Morgan’s in first. The structure works well, as readers begin to have more questions as Morgan removes decades of grime from the detailed painting, and they get glimmers of the answers in the account of what Anna was experiencing.

Both storylines take place in Edenton. Anna, on her own and knowing nothing about the town, accepts an offer of an inexpensive room and a makeshift studio. And Morgan, readjusting to life out of prison, is happy to accept lodging in Williams’ home, where his daughter lives. Each young woman has her own intriguing story.

There are plenty of mysteries to unravel. What is the meaning of the incongruous and disturbing details Morgan uncovers as she restores the mural, which started out celebrating Edenton’s diversity, centered on the famous colonial-era Edenton Tea Party? Why was the mural not completed? What happened to Anna Dale? And, always, why is Morgan there?

Strong themes of the importance and timelessness of art run through this novel. And Chamberlain does a good job of detailing the work of both creating and restoring a mural, without making the descriptions tedious.

She also deals frankly with some tough societal issues — racism, prejudice and violence in 1940s North Carolina; mental and emotional health; alcoholism — without belaboring them.

Are there a few plot developments that are a bit too neat, a few that cry out for more explanation? Yes, but not enough to detract from a good, captivating and ultimately satisfying story.

What: Diane Chamberlain will talk about “Big Lies in a Small Town”