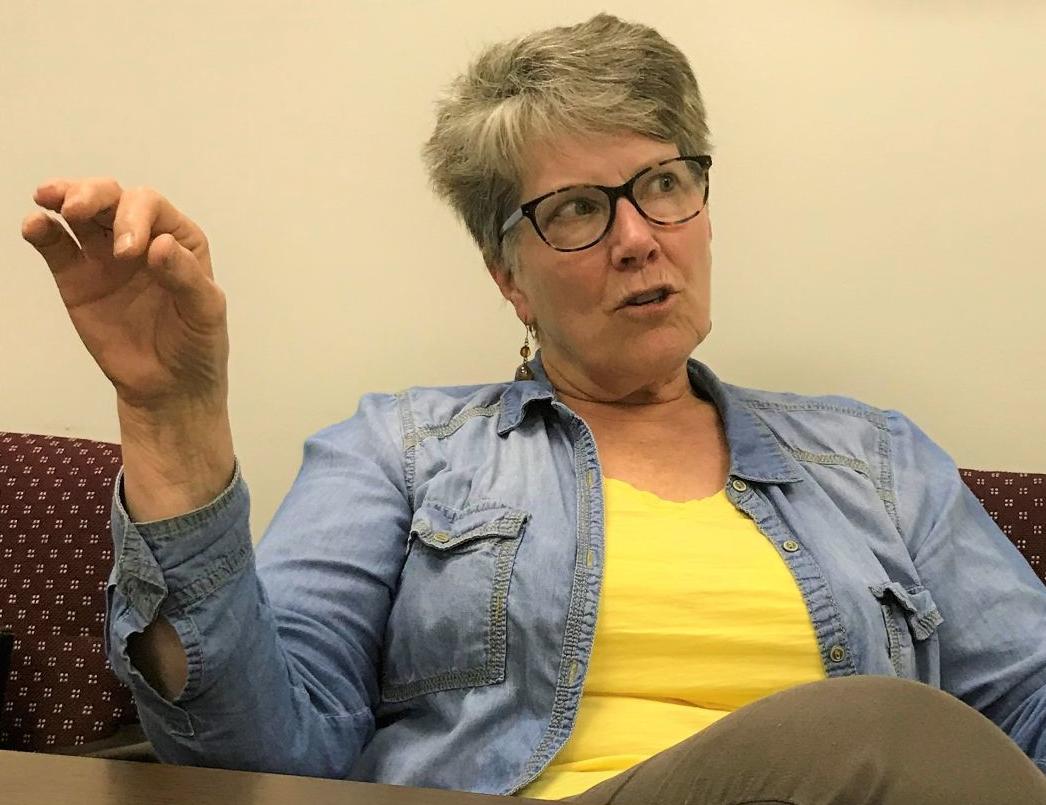 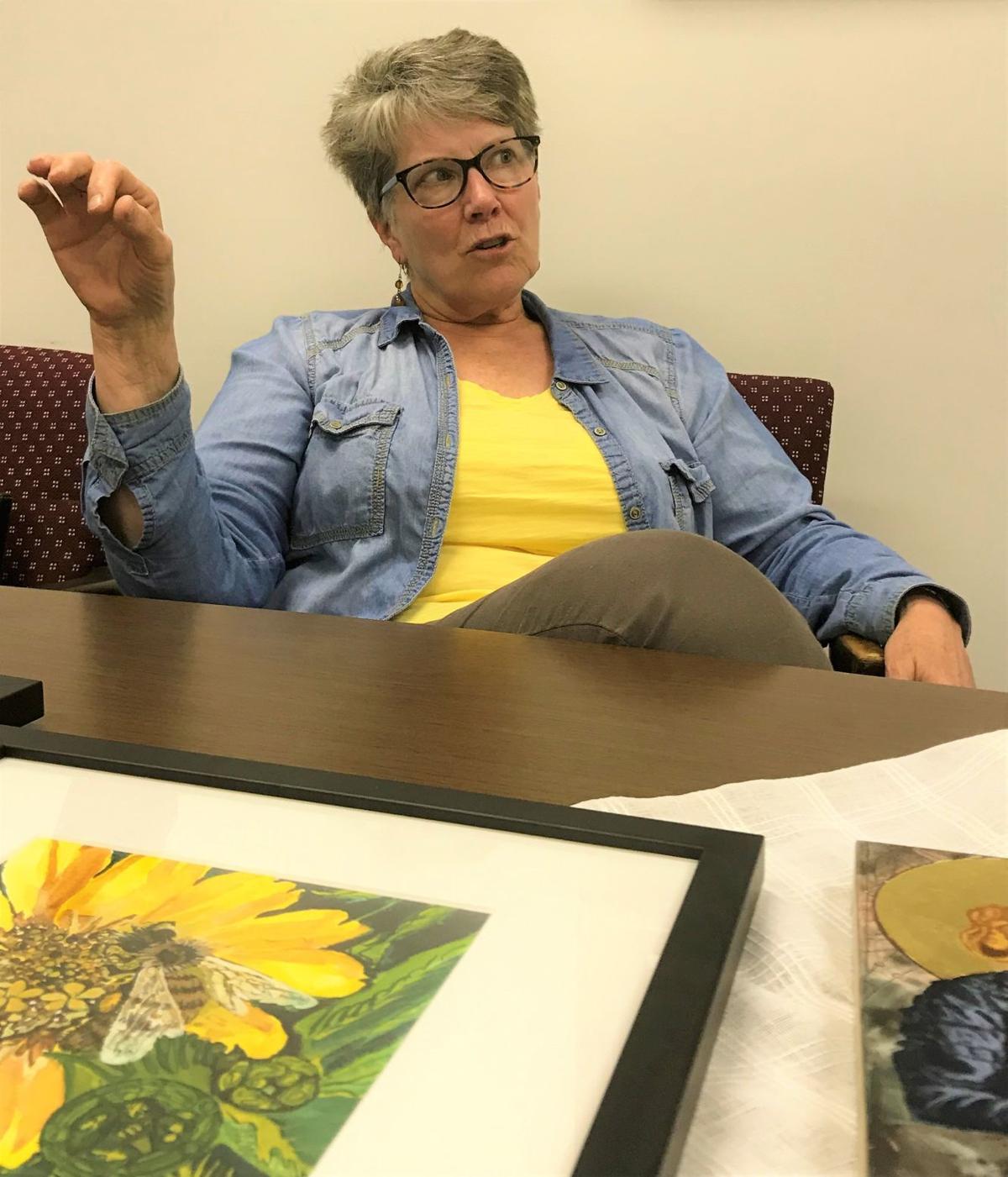 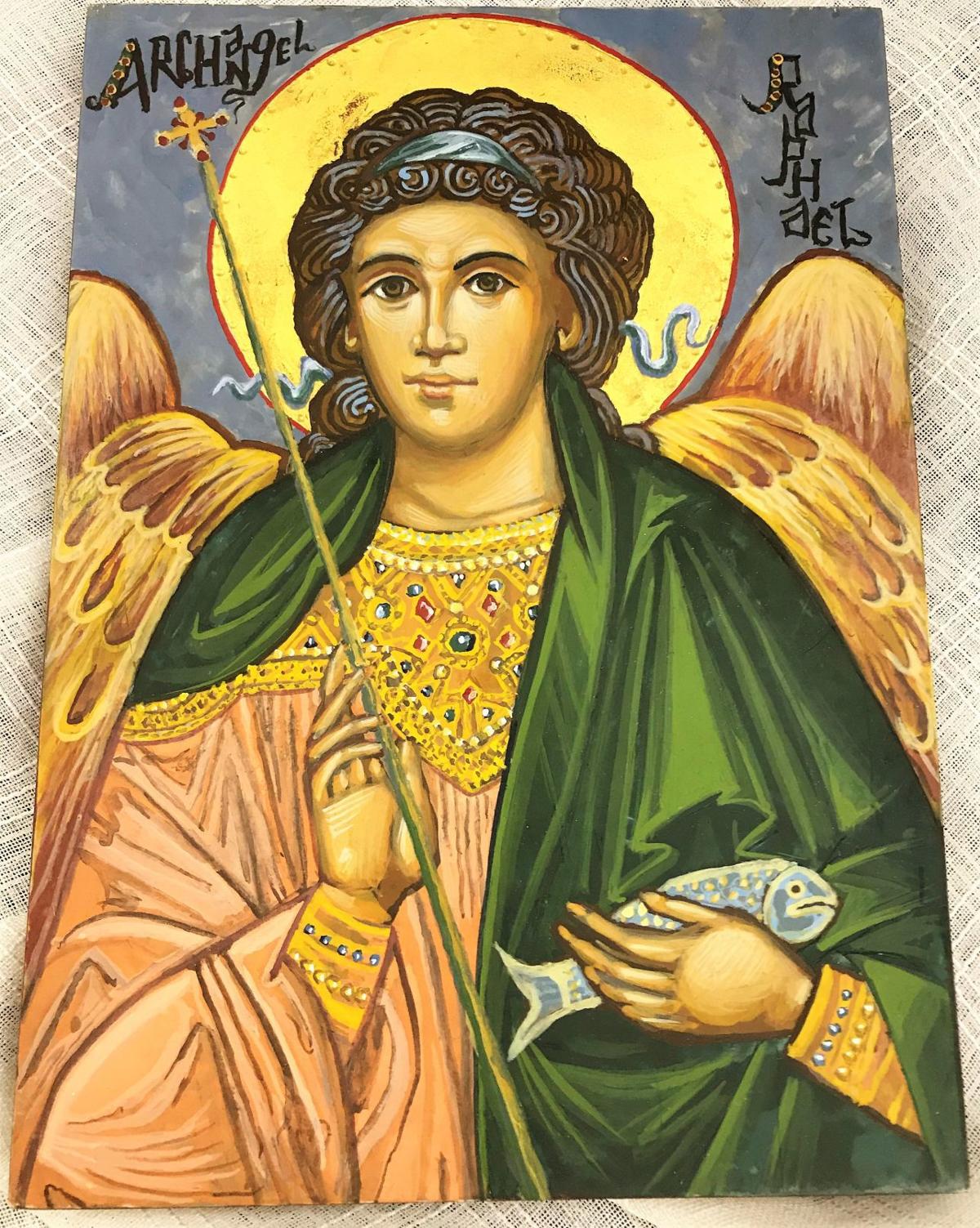 Archangel Michael is among the icons painter Minta Phillips will show at the New Garden Friends School Benefit. 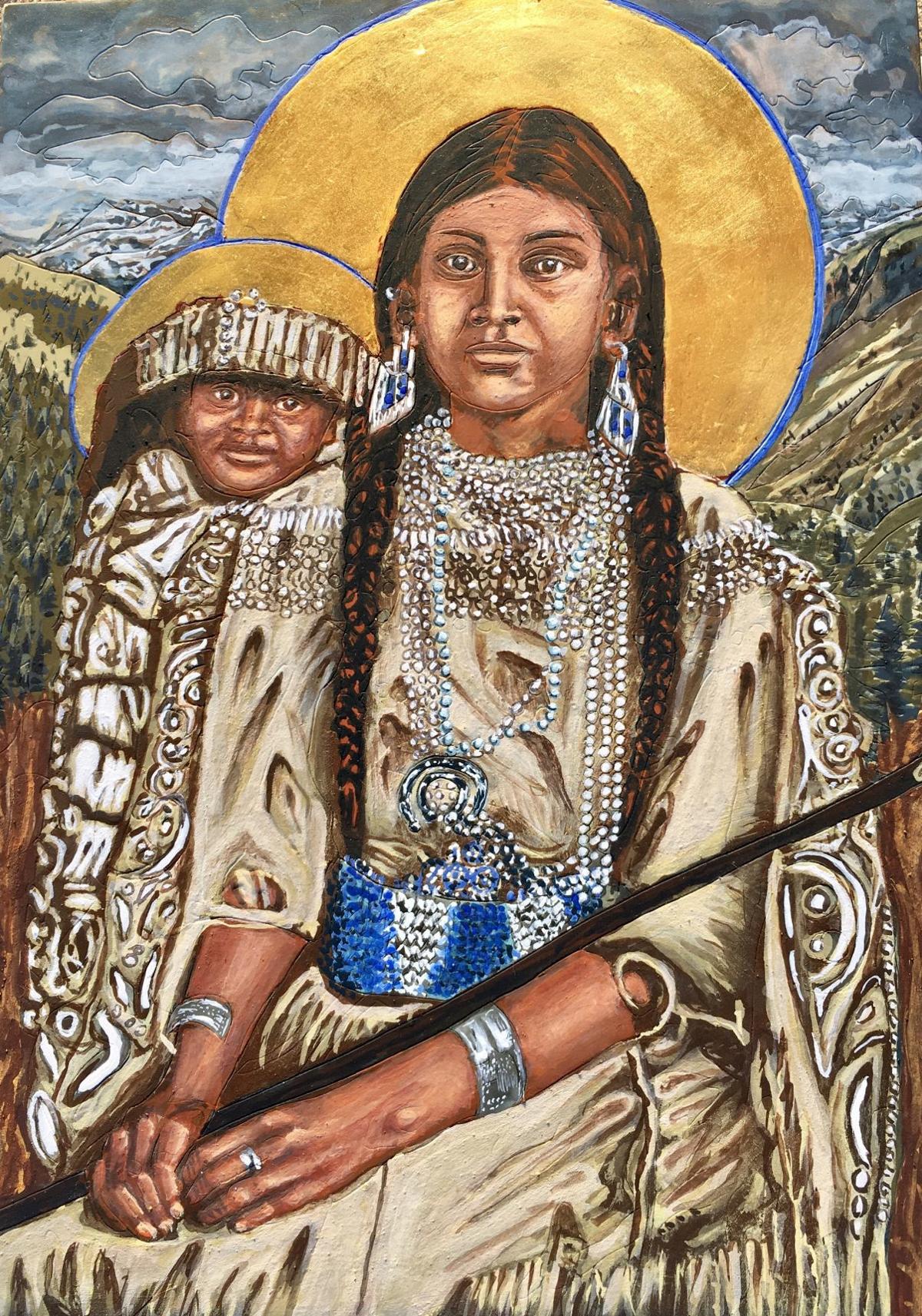 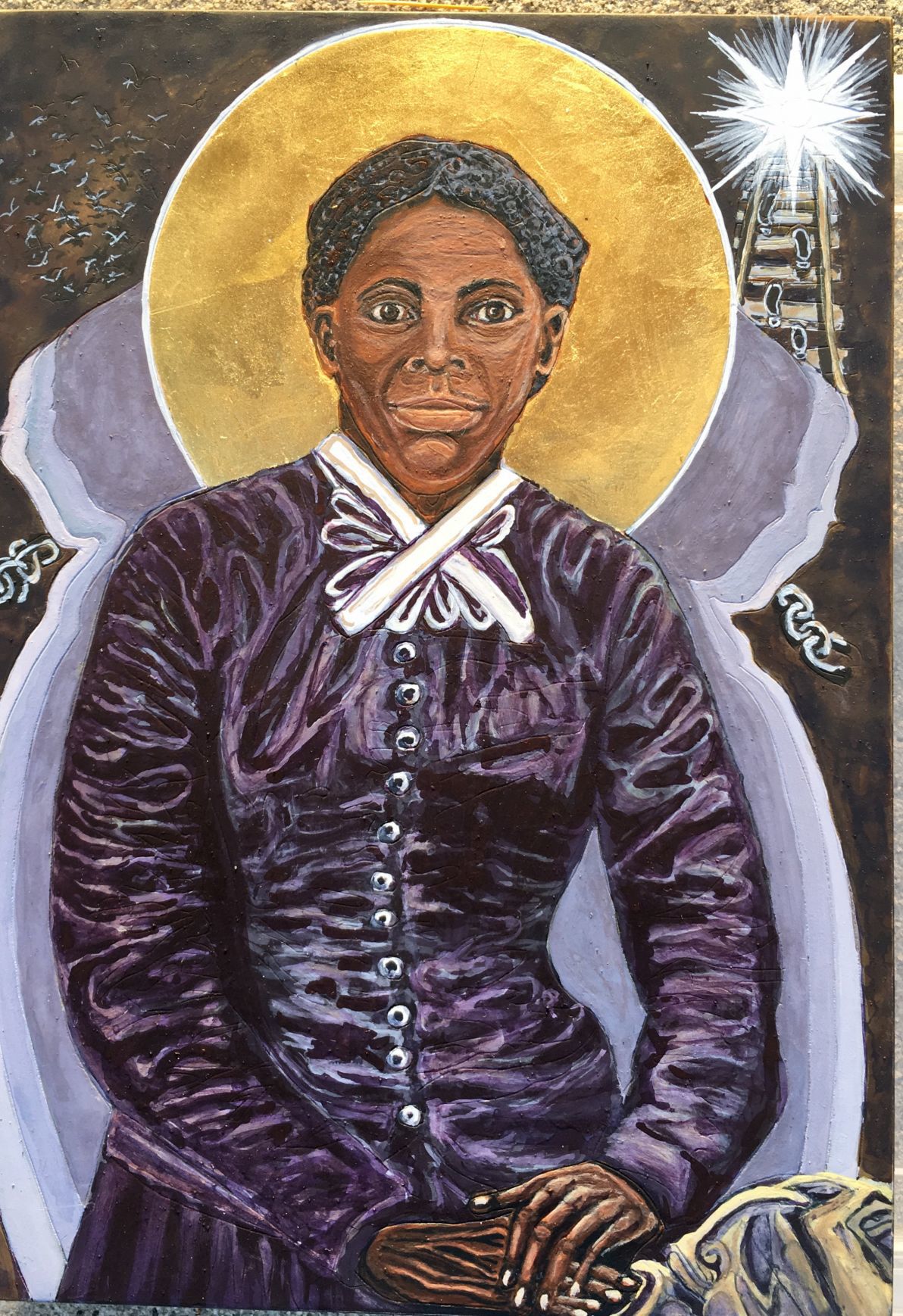 Harriet Tubman, rendered in the style of an icon, by artist Minta Phillips. 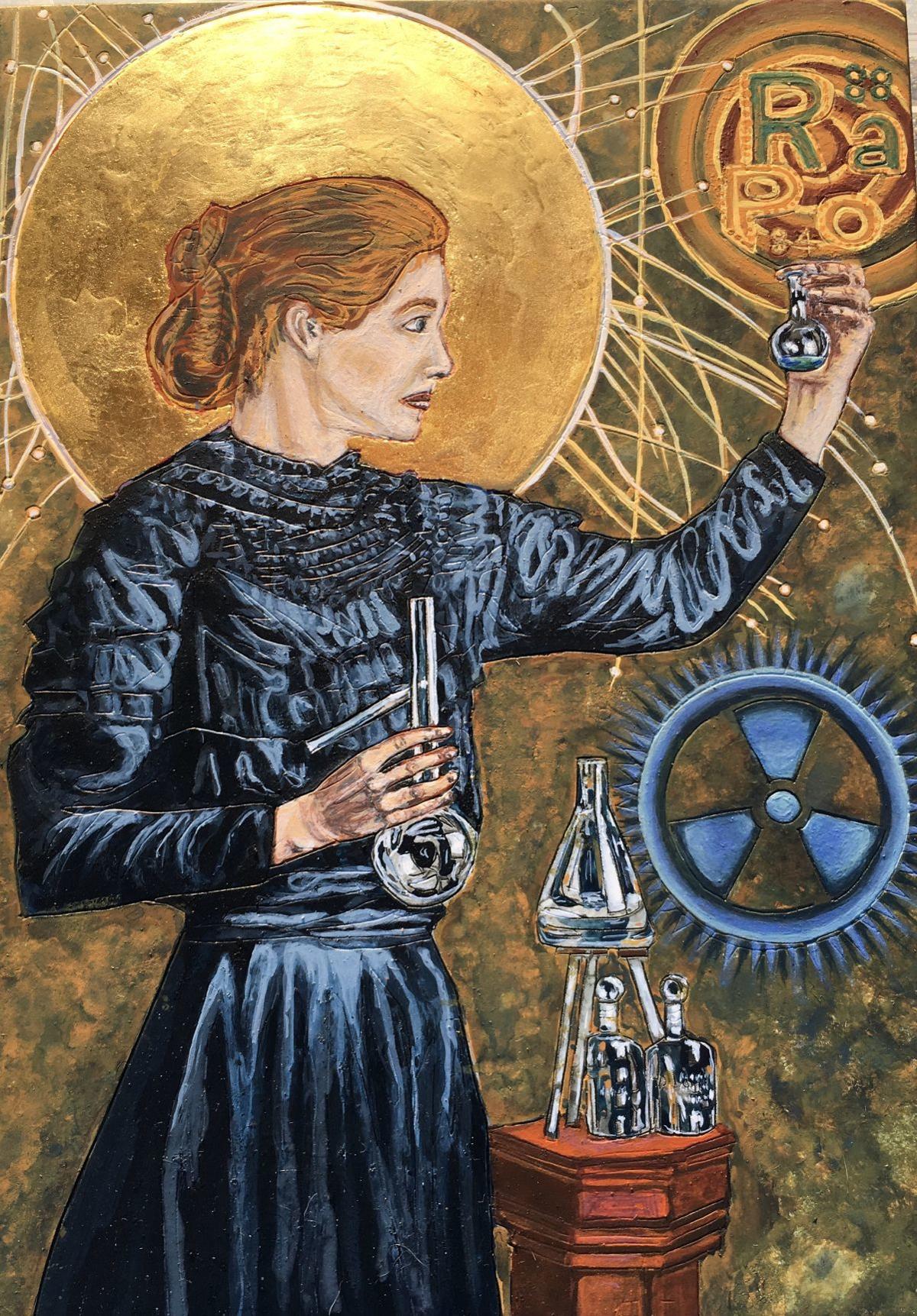 Archangel Michael is among the icons painter Minta Phillips will show at the New Garden Friends School Benefit.

Harriet Tubman, rendered in the style of an icon, by artist Minta Phillips.

The retired longtime Greensboro and Rockingham County radiologist is an accomplished painter who has recently completed a series of icons, employing ancient techniques.

Indeed, Father Damian Higgins, a monk and famed iconographer at Holy Transformation Monastery in California, taught Phillips to blend pigment with egg, gild her icons with 24-karat glow and stir an abstract and mottled background called “chaos” for her works.

Those lessons led Phillips, 66, to select three legendary women to herald in her icons collection — Harriet Tubman, Madame Marie Curie and Sacajaewa. She chose them as “heroines … women who have transformed the world and given their all.’’

Archangel Raphael rounds out the grouping that will be shown and offered for sale on Saturday during “In The Garden: Living Art with Paintings, Speakers, Music and Cuisine,’’ an afternoon garden party benefit for Greensboro’s New Garden Friends School.

Phillips, along with seven other noted Triad artists, will speak about her work during the Quaker school fundraiser at the lakeside home of David and Ann Trueblood Raper in Summerfield. Other painters include: Betsy Bevan, Deb Leonard, Phil Haralam, Roy Nydorf, Charlie Tefft, Kathryn Troxler and Adele Wayman.

Guest speaker Sherry Paula Watkins,executive director of the North Carolina Humanities Council, will discuss the nation’s “cultural anxiety,’’ the lack of empathy in relationships, and the importance of civility in conversation.

“We don’t even listen to ourselves anymore,” Watkins recently told Humanities magazine, “And you have to listen in order to find your own voice. Besides, hearing someone else’s story broadens your perspective.”

The girls, both dedicated to the arts in and outside of school as dancers and advanced violinists, thrive at the school. The school was founded in 1971 and is home to about 300 students, from preschool to 12th grade.

“Robin is my muse,’’ Phillips said, chuckling about how Carter proposes themes for her paintings and holds her to deadlines.

“Minta always takes time on her journey to make a difference in people’s lives … sharing her expertise, creativity, home … her essence,’’ Carter said.

Phillips said iconography and its delicate techniques were quite a departure for her. “I’m really an abstract expressionist,’’ she said. “So I do feel like they’re illustrations … minor posters. This is kind of new to me and I feel like I’m a book illustrator.’’

Each of Phillips’ icons is framed in a biographical vignette. A railroad track with a gleaming white star evokes Tubman’s Underground Railroad, Madame Curie works in her lab with beaker in hand and explorer and cultural diplomat Sacagawea sits stoically with her baby.

Birch rectangles serve as canvasses for her works.

“There’s a whole lot of ancient and dedicated craft involved,’’ Phillips said, explaining how an expert prepared the well-sanded wood with layers of sacred linen and 12 coats of gesso.

After board preparation, the artist may draw or trace their icon design in the tradition of religious artists. “It almost liberates the artist to do the abstract expressionism within the fixed drawing,’’ said Phillips, who now lives in Julian where she also keeps bees.

Her immediate natural world informs many of Phillips’ canvasses and her watercolors.

Concept drives Phillips’ art, she said, as well as color and painterly style. “I tend to lay it on thick like a cake decorator,” she joked.

And exploring such high contrast shaped the way Phillips sees, she said.

Even in medical school at Harvard, Phillips found beauty hiding in unlikely places.

“I thought a double contrast barium enema looked like blown glass,’’ she said with a laugh.

A child who begged her parents for painting lessons while growing up in Texas, Phillips began her academic life studying Russian and art at Yale. But a bout with an ovarian cyst and a roommate attending med school piqued her curiosity in the healing arts.

That gift of insatiable curiosity is something Phillips owes to the matrons of her family.

“I’ve led kind of an accidental life… a life of curiosity,’’ Phillips said. With a grandmother and mother who were educators, she felt confident to try any academic route. She was admitted to Harvard’s program in the early 1970s, when only 25 percent of students studying medicine there were women.

“I’m very lucky because my mother and my grandmother always taught the joy of learning and there wasn’t fear of failure,’’ Phillips said. “They knew from way back that children build self-esteem, not by being handed a trophy for participation, but by risking, failing, risking, failing and falling down and getting back up again.’’

And much like the tenets of the New Garden Friends School philosophy, her elders saw knowledge as treasure.

“The discussion was not what grade you made, it was really about what was the experience, what did you learn from this?’’

What: In The Garden: Living Art with Paintings, Speakers, Music and Cuisine