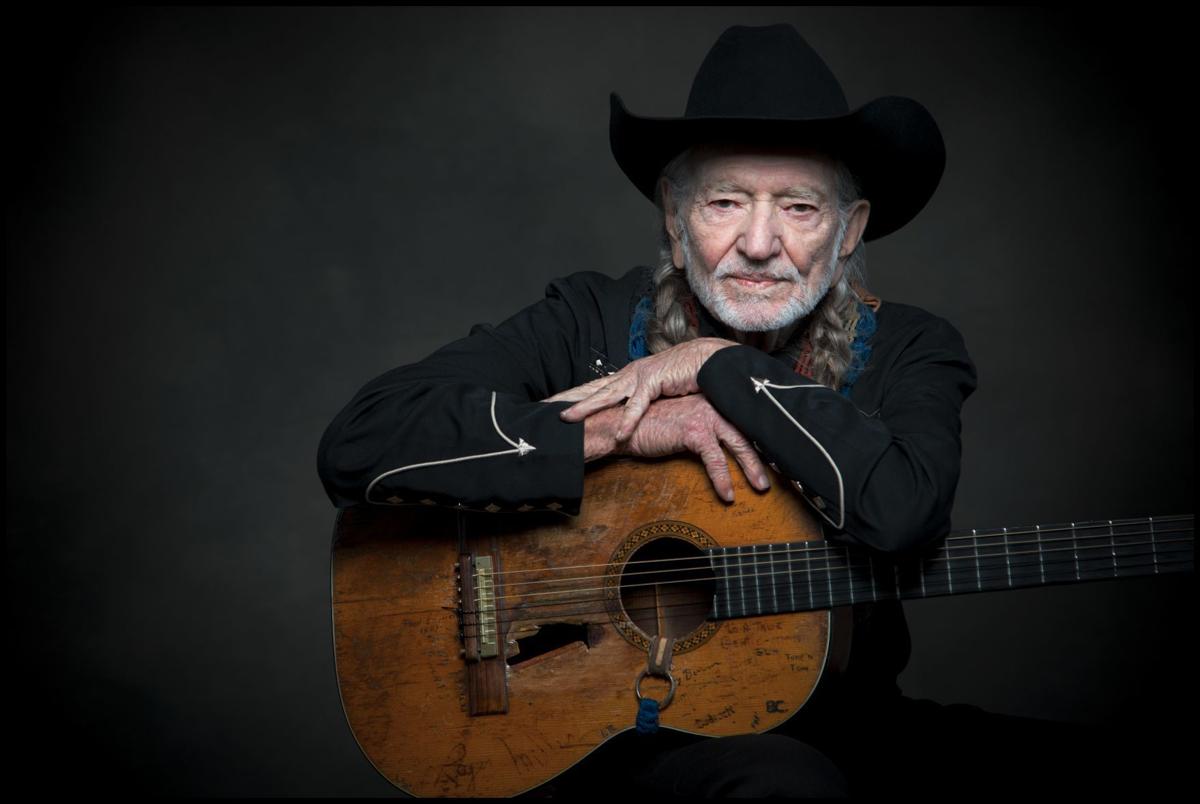 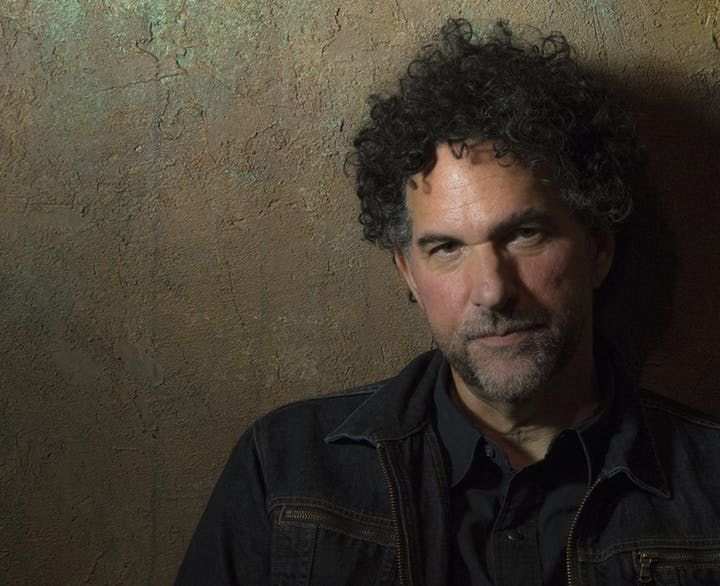 Harmonica player Mickey Raphael has played with Willie Nelson for more than 7,000 shows. 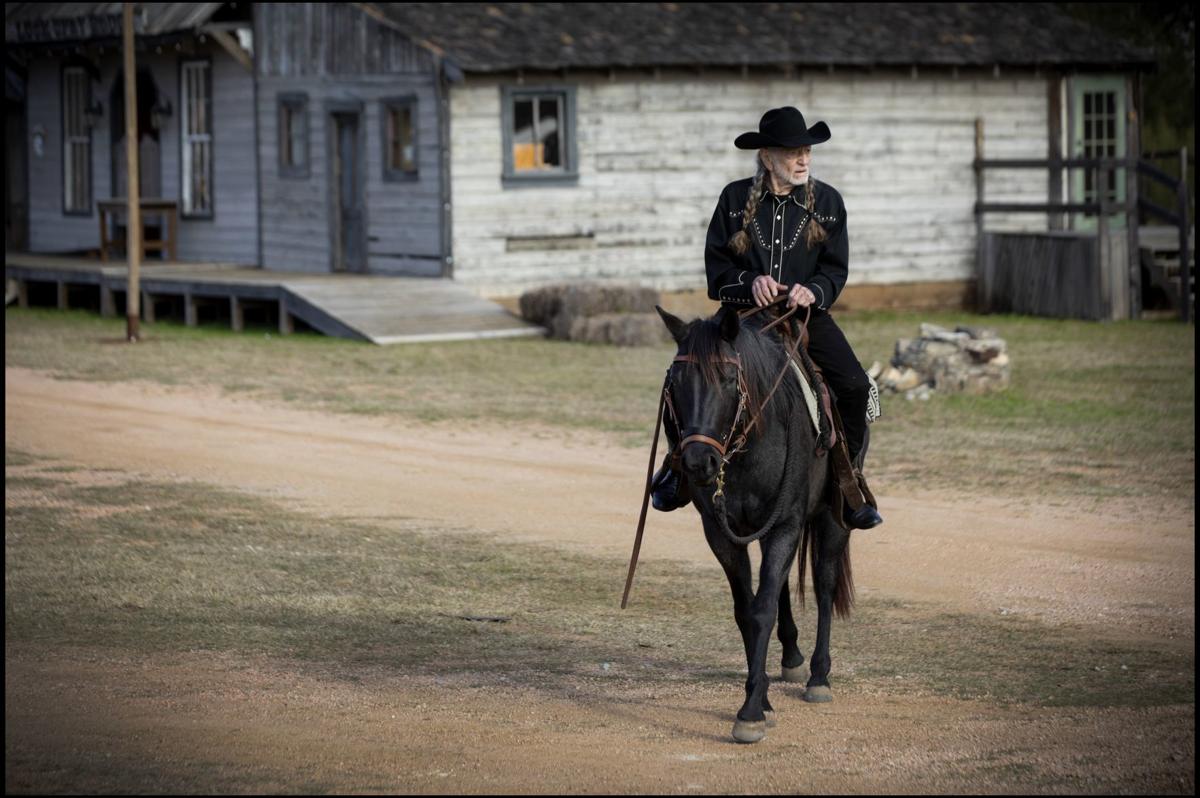 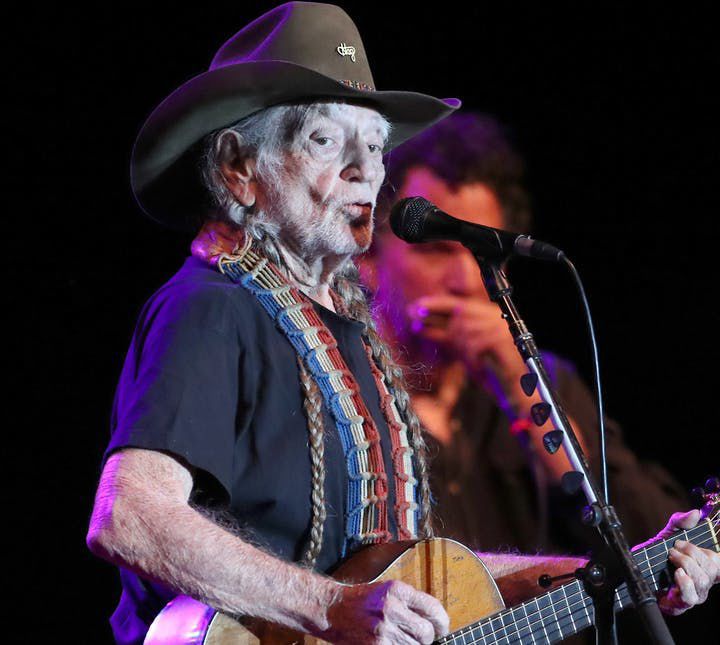 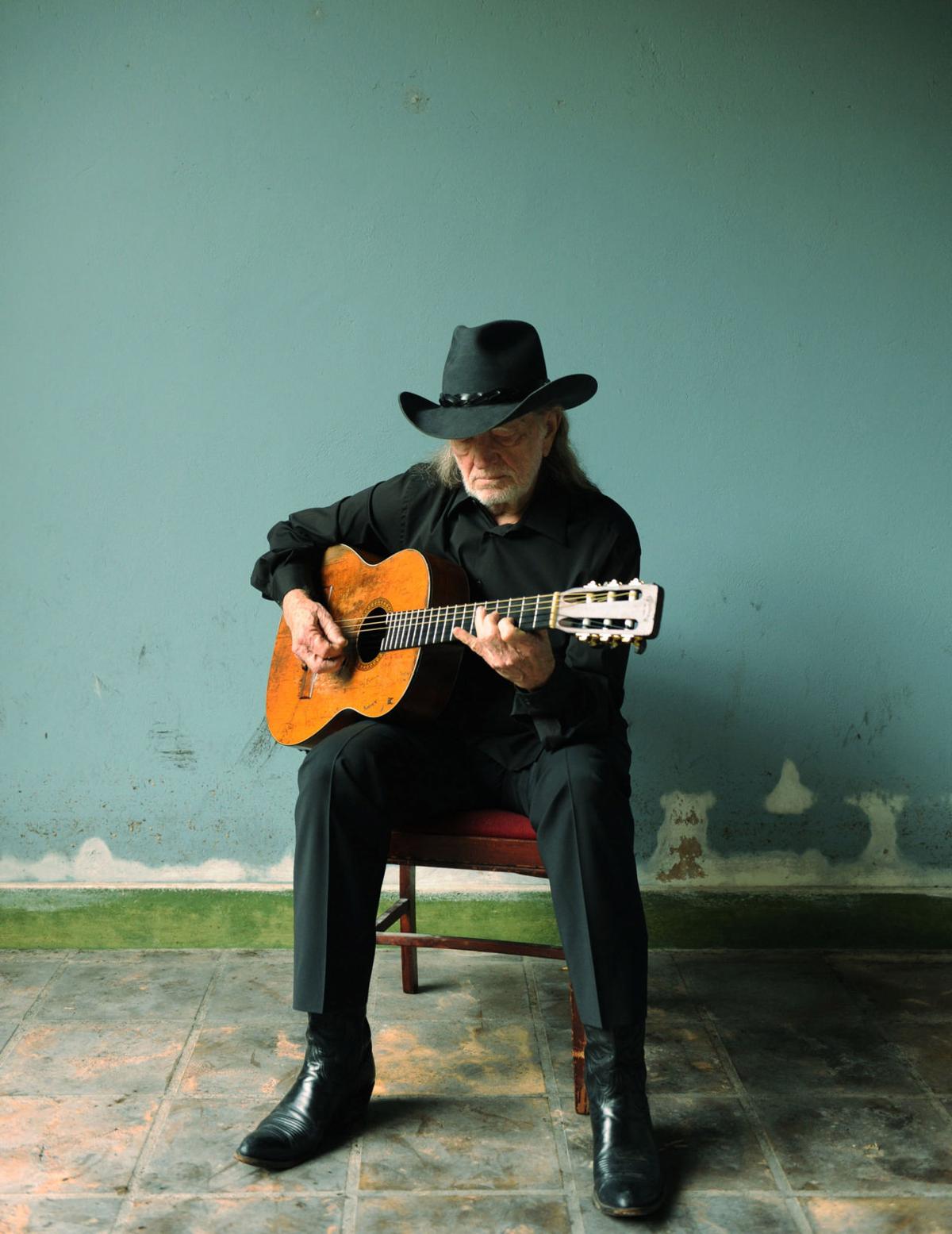 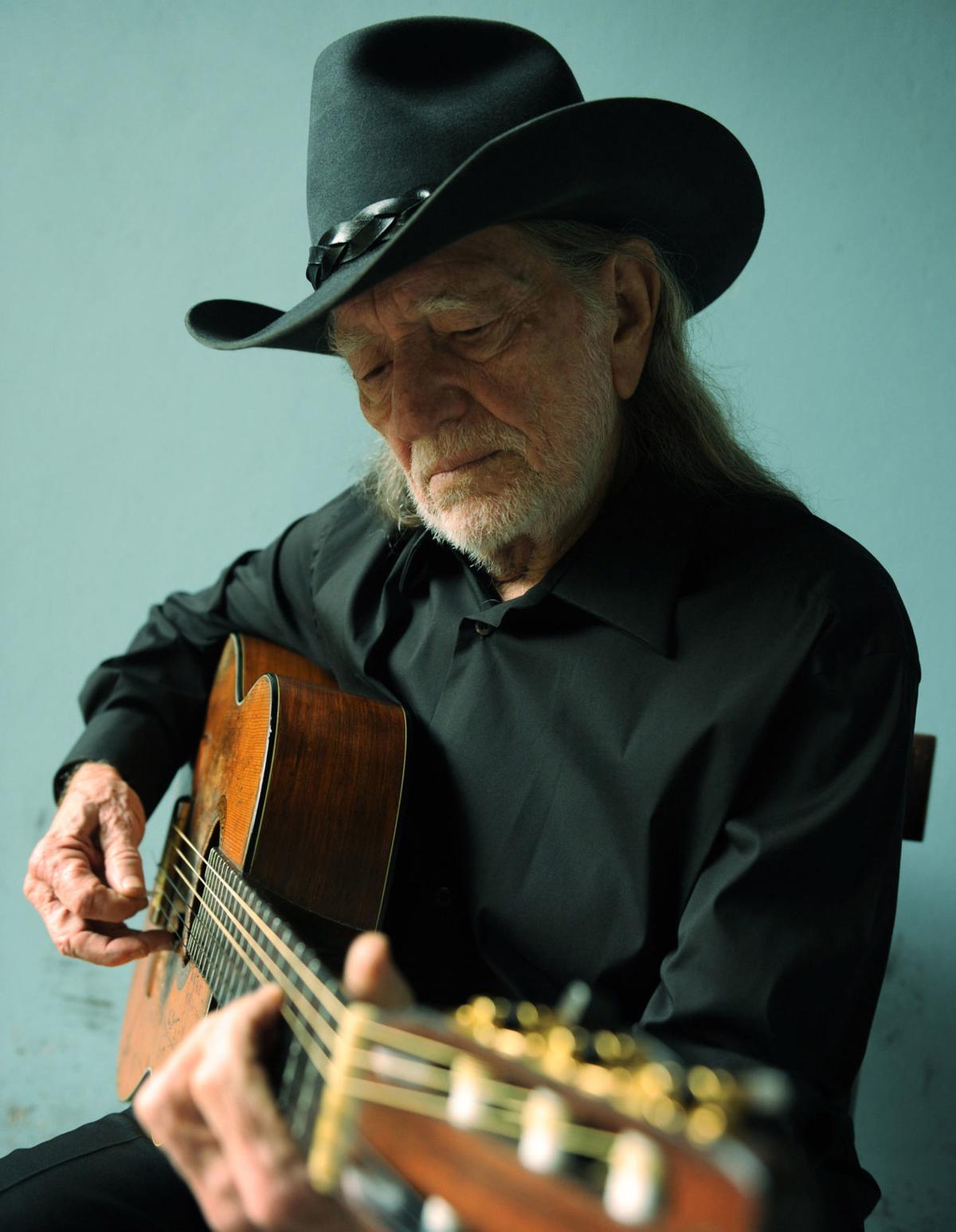 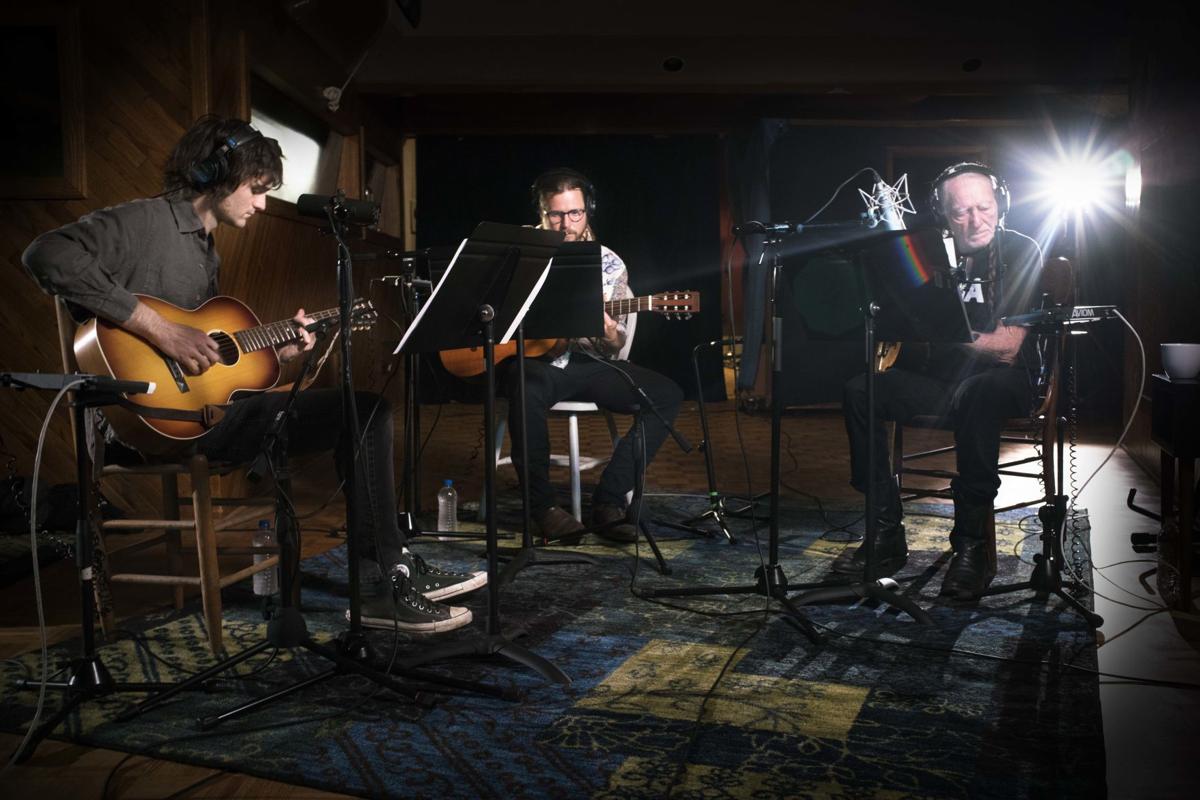 Harmonica player Mickey Raphael has played with Willie Nelson for more than 7,000 shows.

According to one of the many tall tales from his 47 years on the road with Willie Nelson & Family, harmonica player Mickey Raphael was never formally hired to join the legendary band. He just showed up.

“Willie said, ‘If we’re playing near you, come sit in with us,’ ” Raphael recalled.

A few weeks and a couple dozen gigs later, Willie and his drummer-road manager, Paul English, had an interesting conversation about Raphael, who was only 20 at the time.

“Willie said to Paul, ‘How much are we paying Mickey?’” Raphael recounted. “Paul replied they weren’t paying me anything.

“So Willie said, ‘Great, then double his salary!’ ”

Some 7,000 shows later, Raphael has been by Nelson’s side probably more than anyone besides his wife, Annie Nelson. Actually, he might have her beat, too.

His first tour gig with the Family was at the fabled New York club Max’s Kansas City in 1973. The first album he recorded with them was 1975’s landmark LP “Red Headed Stranger.” He has been there for nearly all of Willie’s Fourth of July Picnics and Farm Aid concerts. No wonder he just kept showing up.

“They didn’t hire me, but they also never asked me to leave,” he cracked.

Raphael, 67, even accompanied Nelson on the Highwaymen tour with Johnny Cash, Waylon Jennings and Kris Kristofferson in 1990.

They’ll return quickly to the Upper Midwest when Farm Aid lands Sept. 21 in East Troy, Wis., to highlight the struggles of dairy farmers in the region.

Calling from his home in Nashville, Tenn., two weeks ago while Nelson took some time off post-annual Fourth of July Picnic, Raphael was headed out the next day for a weekend of gigs with Chris Stapleton. Younger twangers such as Stapleton, Margo Price, Jason Isbell and even Kenny Chesney have recruited Raphael to play with them in recent years, he said, “because they’re such big fans of Willie, they want a little of that Willie sound.”

One of Raphael’s influences was legendary Minnesota harmonica blower Tony Glover, who died on May 29. Glover’s instructional book was a guidepost for Raphael.

“I’m sure I still have my copy somewhere; it’s the bible of harmonica books,” he said. “He was an icon to me, right there from the beginning of my career.”

Aside from Nelson’s drawled singing voice and the soothing hum of his old beat-up Martin N-20 classical guitar (nicknamed Trigger), Raphael’s harp blowing is the next most distinguishing feature of “that Willie sound,” which Nelson and the Family developed together in the early 1970s after he left the confines of Nashville to return to Texas and literally let his hair down.

Although he had been performing with Texas country star B.W. Stevenson (“My Maria”), Raphael said of his first few tours with the Family: “I really had no idea what I was doing. It was so free-form.”

“To this day, I still say there’s really no proper way to play with Willie,” he said. “You just kind of have to follow him, and roll with his changes all the time. There’s nothing consistent about what he does musically. It’s an ever-changing, living, breathing thing.”

By contrast, Nelson’s personality off stage has remained as unmoved as his choice of guitars.

“He really hasn’t ever changed from the first time I met him,” Raphael said.

Their initial encounter came in Austin, Texas, in 1972, at a post-game bash thrown by Darrell Royal, the legendary University of Texas football coach and a longtime Nelson cohort.

“He’s the same Willie I met at that party, as cool and colorful as you’d think,” Raphael said. “My relationship with him has changed over the years, from a father figure to a mentor to more like a brother. But he hasn’t changed.”

Sadly, though, there have been a few forced adjustments within the Family over the past 10 years. Longtime members Jody Payne (guitar) and Bee Spears (bass) died in 2008 and 2011, respectively.

Remarkably, though, Nelson’s older sister and piano player Bobbie Nelson — with whom he first learned music singing in their grandparents’ living room in Abbott, Texas — still performs most shows with him despite health issues.

Same with English, the cape-wearing drummer whose exploits with Willie were immortalized in the 1971 classic “Me and Paul.” (Paul’s brother Billy English also serves on percussion.)

As for Willie, he’s still going strong at 86. His singing at recent local shows has been a little less vibrant, but his guitar playing is still spot-on along with his all-out charm. Raphael marveled at the resilience of his boss.

“The shows are a little shorter now,” he admitted, “but considering we play a lot of hot outdoor gigs, those can be physically challenging for anybody.

“I think he’s doing great. He’s like an athlete; it takes him a while to warm up. That’s basically what ‘Whiskey River’ is all about, warming up and getting into a groove,” Raphael said. “Soon thereafter, he hits his stride.”

Other stories from Mickey Raphael:

On recording “Red Headed Stranger,” which is usually at or near the top of any list of the greatest country albums: “We just went into the studio kind of unplanned. He said he had this idea for a concept record, and I think he’d written most of it on the way back from Colorado. We just went in, he would play us the songs once or twice, and then we’d play along. That’s why that record is so sparse, because it really wasn’t rehearsed. It was played live on the fly.”

On his other favorite of Willie’s 70-plus studio albums, a 1988 effort produced by Daniel Lanois: “Besides ‘Red Headed Stranger,’ I’d have to say ‘Teatro.’ That one is relatively sparse, too. There’s not a lot of showboating on it. It just has a great sound, and I think (Lanois) created this nice spirit.”

On Willie’s impressive string of recent albums, including 2017’s “God’s Problem Child” and this year’s “Ride Me Back Home”: “He just has so much music in him still. He doesn’t think about it like, ‘Oh, I need to do a record now just to get something new out.’ He just makes them when he feels like it. There’ve been times when he didn’t feel like making them, too. But lately, he’s been on a roll.

“It’s been very encouraging. We do three of the songs off the new record on the tour now, but it’s hard to sub in new songs because there are so many classics the people expect to hear, for good reason.”

On Willie’s sons, Lukas and Micah Nelson, who have their own budding music careers with their respective bands, Promise of the Real and Particle Kid: “I’ve obviously known them since before they were born, and it’s been great seeing them get to where they are now. They come and sit in with us sometimes when they’re not touring. I think they’re in Europe with Neil Young right now. They obviously learned a lot from their dad, but it says a lot about Annie and her parenting they’re doing so well, because she raised those kids when Willie was on the road so much.”

On the next Farm Aid on Sept. 21: “It’s the sort of thing we wish we didn’t have to do every year, but the need for it hasn’t gone away. It’s done a lot of good over the years. But it’s also a lot of fun, too. We see and hang out with a lot of the same people every year, so it’s kind of like Old Home Week. There’s always new players, too, which also makes it fun.”

On his overall approach to accompanying Willie on harmonica: “I just kind of complement what he does. I’m just sort of icing on the cake. Really, all you need is Willie and that guitar. Everybody else is basically expendable. The show is going to go on as long as there’s Willie and Trigger.

“I try to listen to and react to what the lyrics are saying, and react to his guitar playing. The songs we play at shows are sort of set in stone these days, but how we play them changes, and when we all pitch in varies from night to night. We all react to him, and we react to the crowd, too. That’s where the variety comes in, and keeps it fun and exciting.”

What: Willie Nelon & Family and Alison Krauss Together Live