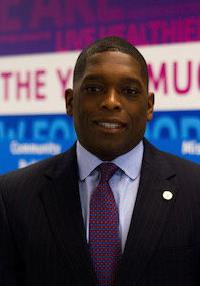 The North Carolina Alliance of YMCAs has elected David Heggie to its board of directors. Heggie is executive director of the Kathleen Price Bryan Family YMCA, a position he has held since 2008. He also currently serves as the interim president/CEO of the YMCA of Greensboro, a position to which he was nominated in June 2019 following the resignation of the association’s longtime president/CEO.

Michael H. Godwin of Schell Bray was recently named the Best Lawyers 2020 Trusts and Estates “Lawyer of the Year” in the Triad.

Attorney Gabriel Snyder has joined the Greensboro law firm of Ward Black Law where he will focus his practice on representing North Carolinians who have been injured or killed at work or in accidents. He will also represent people whose property has been negatively impacted by road and highway expansion projects.

Greensboro College has named Krista Connelly an admissions counselor. She holds a B.A. in sociology with a minor in child and family studies from Greensboro College and an M.S.W. in social policy from New York University.

Shannon Stokes has joined the staff of The Arts Council of Winston-Salem & Forsyth County as patron services and events manager.

Jordan C. Medley has joined The Arts Council of Winston-Salem & Forsyth County as manager of grants and support services. Medley has his own dance company, Medley of Moves, and has performed, choreographed and premiered work at High Point University, Dance Project, Wake Forest Dance Festival and musical theater productions in the region.