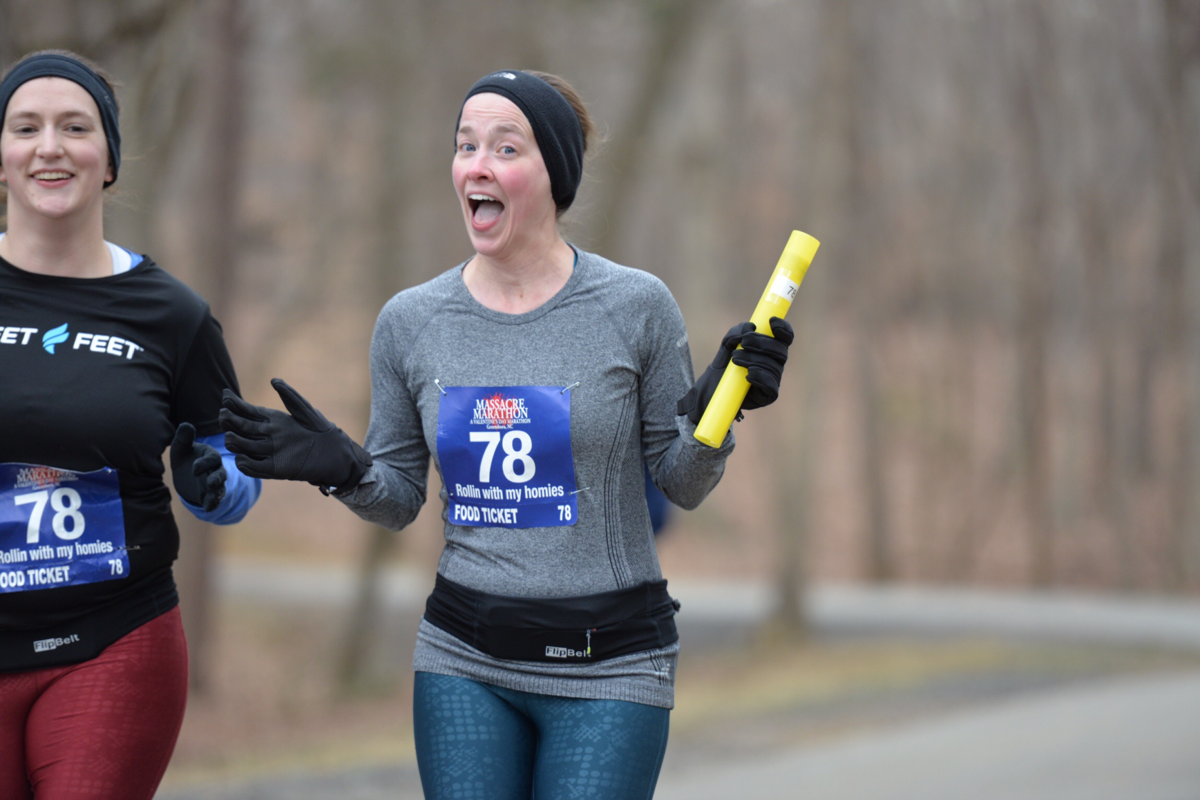 Christine Blythe, with the baton, and teammate Natalie Morgan at a Massacre Marathon Relay in Greensboro. 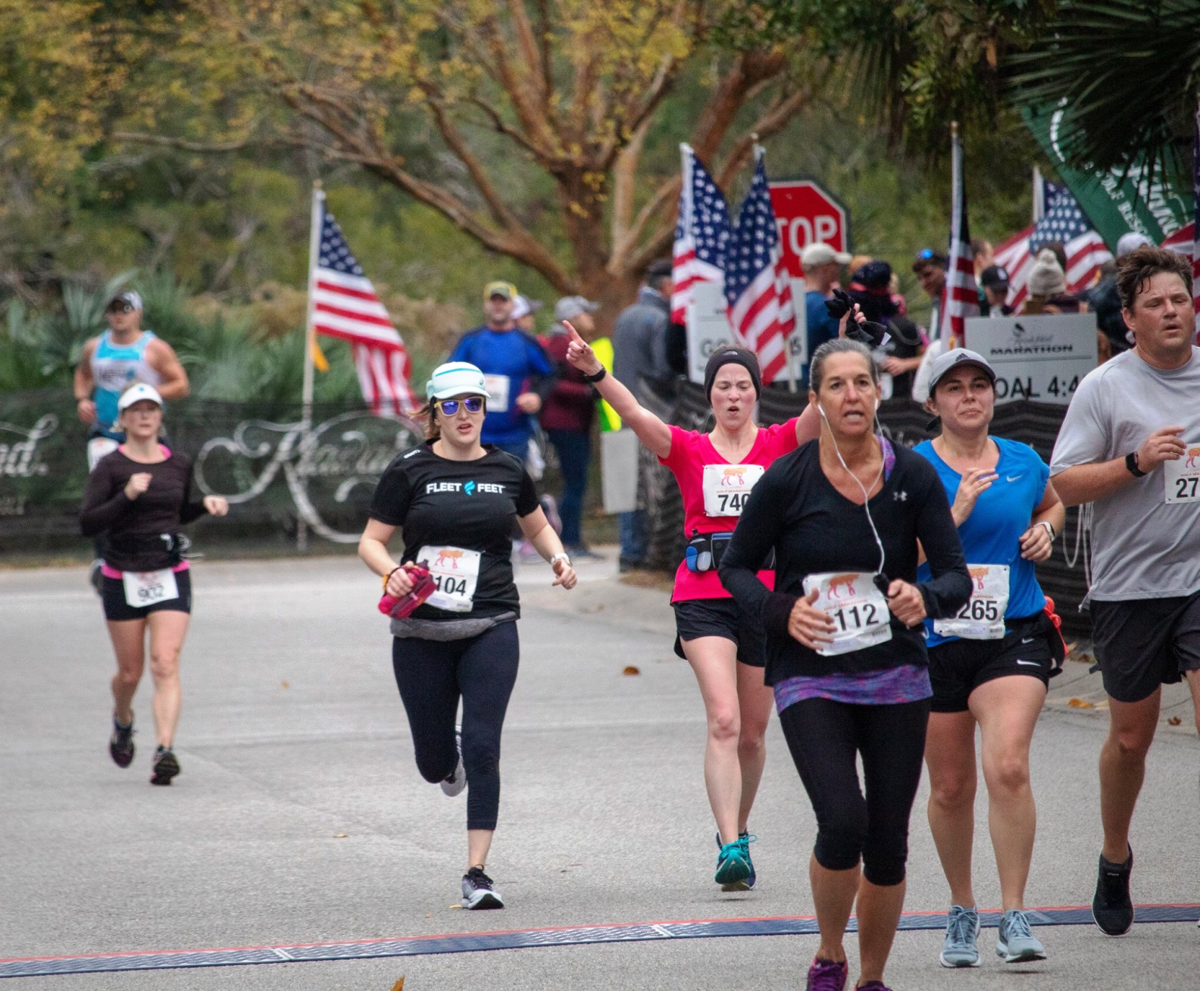 Christine Blythe, arms raised, approached the finish line of the Kiawah Island Half Marathon in December. 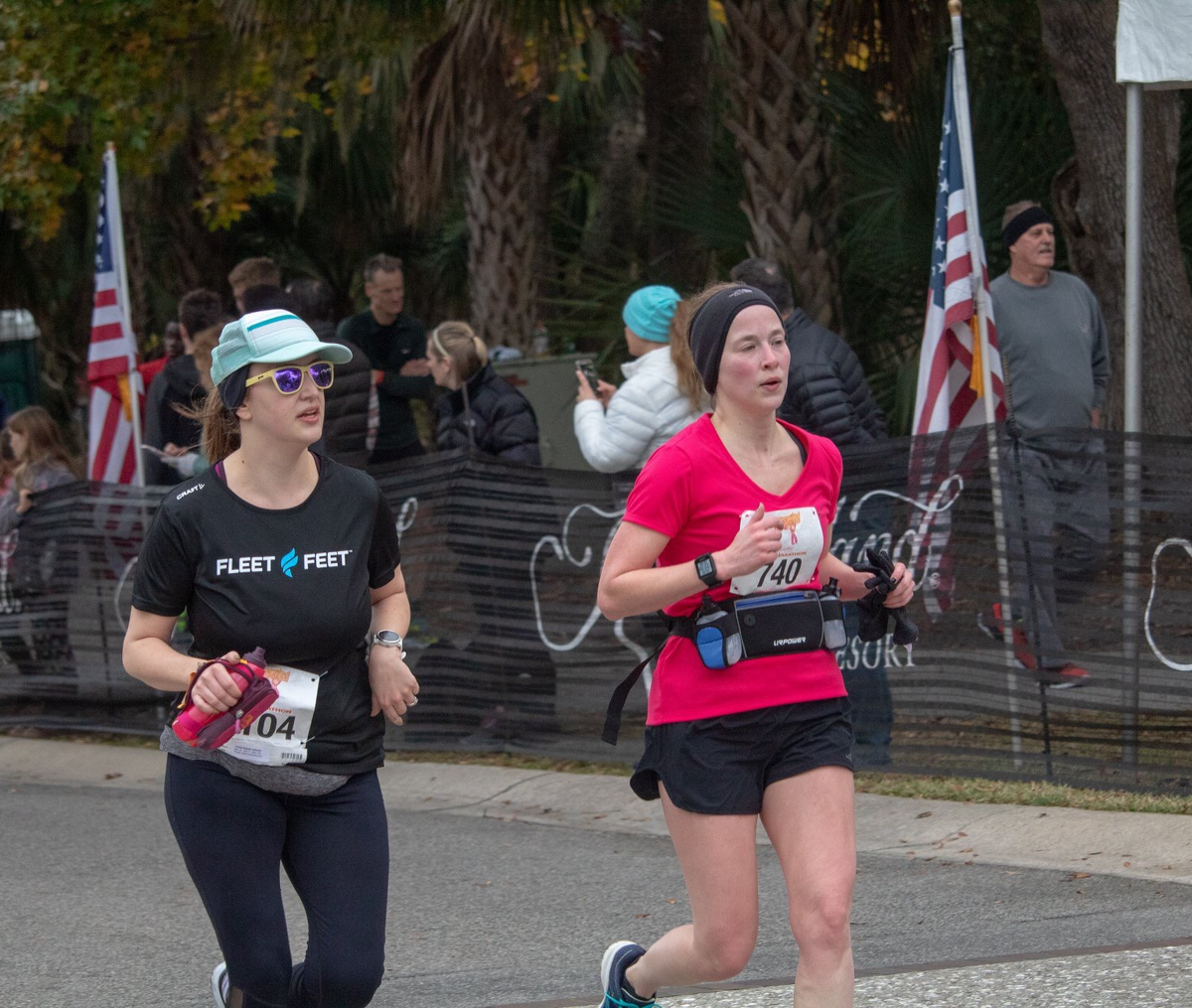 Christine Blythe, right, with Greensboro's Natalie Morgan at the Kiawah Island Half Marathon. 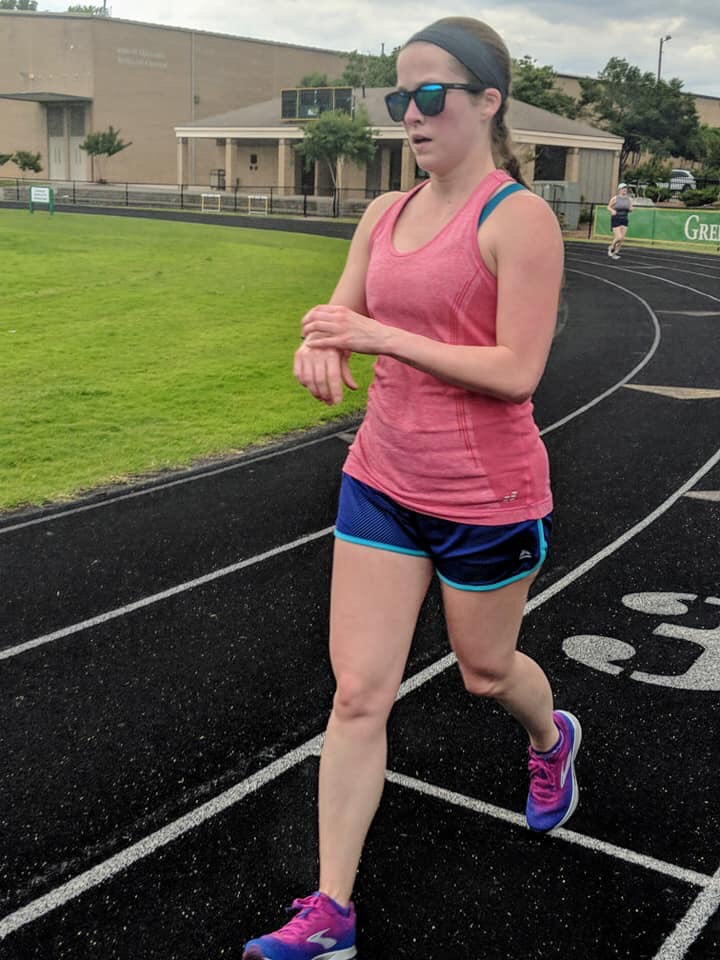 Christine Blythe, with the baton, and teammate Natalie Morgan at a Massacre Marathon Relay in Greensboro.

Christine Blythe, arms raised, approached the finish line of the Kiawah Island Half Marathon in December.

Christine Blythe, right, with Greensboro's Natalie Morgan at the Kiawah Island Half Marathon.

"It'll be three years in the fall this year. I had some friends that run pretty consistently. And I was going to the gym pretty much every day at lunch and working out. And didn't seem to get enough of it out of it mentally or physically. And as I was talking to my friends about things that they were doing, or how I could change things up, they were all talking about running. And I started wondering if I could do the same thing.

"After I started running, and I started to see progress, I guess in the first year, year and a half, I started to talk around the idea of maybe doing a half marathon by my 40th birthday, which was last summer. And I started training on my own pretty hard and ended up with shin splints, enough that I had to stop for a couple of months. And so I ended up having to put that on the back burner and then pushed it to doing my first half by the end of the year of my 40th birthday. I did my first half in December (Kiawah Island).

"It was a great race. I beat Jen's goal (her coach, Jen Goff). It was a really good experience. And to know that I had actually done something like that was kind of mind-blowing.

"I actually joined (Fleet Feet Sports) Streakers last year, in May, the start of the summer session. And I found them by accident. And I had sent her an email about joining Streakers 2. And she was like, 'Streakers is starting on Monday, so why don't you join us?' So I joined us and ended up joining last minute. I had really thought that I'll get a running plan and I'll show up, and I'll run on my own like I had been running by myself, and and it became so much more than that. And honestly, I can say that there's no way I would be able to be where I am without Jen and without that group."

"Until now, I've had three days a week, since I started with Streakers. And actually starting (May 29), I pick up a fourth day for recovery run. And we run Monday night, Thursday night and Saturday morning together. And then I have a recovery run on Wednesdays now. And I usually run with the group, and then a couple of the Streakers on our recovery days will meet up to do that, too. I will run by myself if I have to. Especially in the offseason, I'll run by myself.

"Somewhere around 30 (miles per week) right now. I've only been training for half marathons up to this point. Jen is keeping our mileage pretty low right now. When we start in the fall, and it cools down, I'm wondering if I can train for a full."

"I don't think I have a favorite place yet. We typically run around here on the (Atlantic & Yadkin) greenway. They're all terrible in the moment. And then after we're done, 'Oh, that was really great! We should run that one again!'

"The greenway between Fleet Feet and Summerfield, especially on a Saturday morning, is probably my favorite. It's pretty quiet. Once you get out past the (Lake Brandt) apartments, I hate running bridges, but once you start to run over the lakes, you see lots of the wildlife and things like that. It's really peaceful and it's very calming to be out that way."

"It's whatever Jen puts in our plans. I'm so strict with following the plan. 'Jen said this is what I have to do today, so this is what I'm doing today.'"

"It's actually part of my cross training plan, but I joined Dancing Dogs Yoga. It has been phenomenal for me physically and mentally. Joining Streakers and now joining Dancing Dogs; those have been two really important decisions I have made recently. ...

"Everybody in Streakers that I have met, all of their stories have been pretty inspirational. Some people have been running since they were a kid, and they've done some pretty amazing things. And then there are the people like me that are pretty new to it and just walk in and think, 'Oh, I just wonder if I could do this?' And we all get there together."

What I think about while I'm running

"It depends on which day it is. Most of the time, it's, 'I hate this; I want this to stop.' Then when it's over, it's fantastic. I can't believe I actually pushed myself to do that."

Look what I did

"All of it. The fact that I – at what, 37, 38? – started running with a question of, 'I wonder if I can do this?' and actually being able to accomplish it and sticking with it. And it doesn't suck."

"Right now, improving my time on my half would be the first goal. My ultimate, bucket-list kind of thing would probably be the London Marathon."

"The next thing I'm signed up for is the Greensboro Half (Marathon)."

Words to the wise

"Find a group and insert yourself into that group. Because doing it alone is not nearly as great as it is to have the support of other runners to help you get to where you want to be."

We would love for you to subscribe, not only to support the important work by News & Record journalists in our community but so that you can have unlimited access to the Running Shorts blog.

Click on these links to get more information on the Running Shorts blog:

Click here to go back to the Running Shorts blog.

Profiles in the Runners series at Running Shorts for 2019.