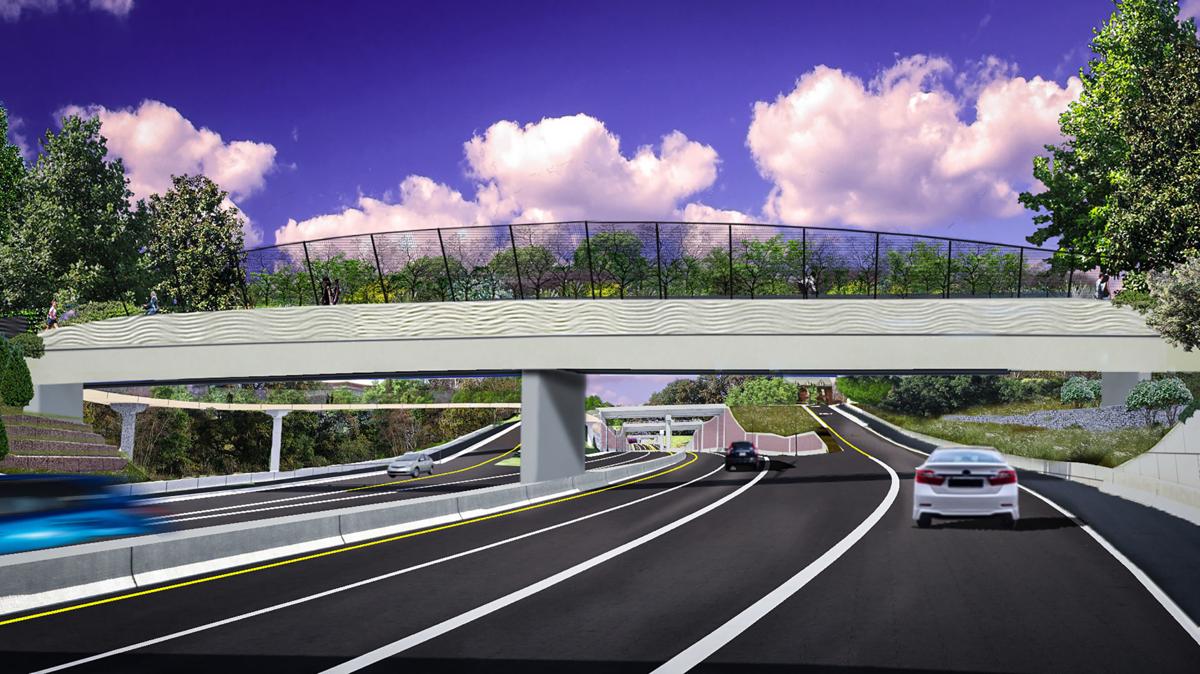 This artist’s rendering shows the proposed pedestrian bridge that will carry the Strollway in Winston-Salem over Business 40. The bridge, which will run between Liberty and Cherry Streets, is designed by landscape architect Walter Hood. 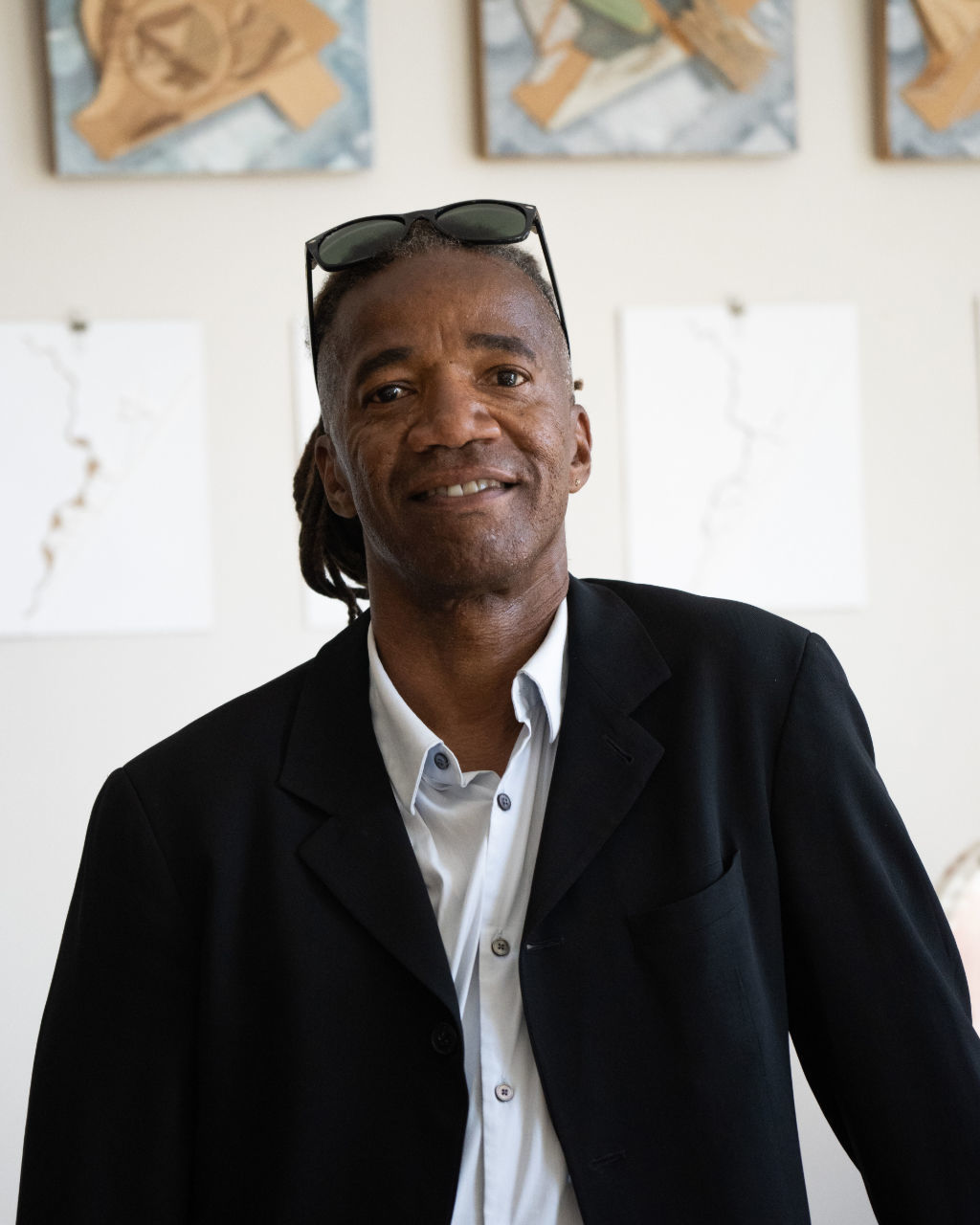 Walter Hood, a 1981 graduate of N.C. A&T, is the founder and creative director of Hood Design Studio in Oakland, Calif. He was named a MacArthur Fellow this year.

This artist’s rendering shows the proposed pedestrian bridge that will carry the Strollway in Winston-Salem over Business 40. The bridge, which will run between Liberty and Cherry Streets, is designed by landscape architect Walter Hood.

Walter Hood, a 1981 graduate of N.C. A&T, is the founder and creative director of Hood Design Studio in Oakland, Calif. He was named a MacArthur Fellow this year.

When certain national lists come out, I always look for local and North Carolina connections. I rarely don't find one.

Last year's class of Rhodes Scholars included three seniors from Duke University, for instance. Just today the Nobel Prize for Medicine went to a Duke alum and trustee. A year ago, the fiction writer Kelly Link, who got her MFA from UNCG, won a MacArthur fellowship, the so-called "genius grant" awarded to talented, creative and accomplished people in a variety of fields.

An N.C. A&T alum popped up on one of these lists last month. Walter Hood, a landscape architect who lives and works in California, was named a MacArthur Fellow. The award comes with a $625,000 no-strings-attached prize and the acclaim of forever being known as a genius.

Hood, 61, is a Charlotte native who graduated from A&T in 1981 with a bachelor's degree in landscape architecture. (In this 2017 profile in A&T's alumni magazine, Hood gives credit to Charles Fountain, who founded A&T's landscape architecture program.) These days, Hood is the founder and creative director of Hood Design Studio in Oakland, Calif. He's also a professor of landscape architecture and environmental planning and urban design at University of California, Berkeley, where he has taught for the past 27 years.

Over the years Hood has won a slew of awards (like this one) for his work. (His website includes a gallery of completed and pending projects.) Most of his projects seem to be in and around the Bay Area. But he has designed plenty of other projects outside of California. These include Witness Walls, a civil-rights-themed public art installation in downtown Nashville; the landscape for the forthcoming International African American Museum in Charleston, S.C.; and a pedestrian bridge that will carry the Strollway over Business 40 in downtown Winston-Salem.

Hood is known in architectural circles as the "community whisperer" because, as several other published sources put it, he's able to anticipate the needs and wants of the community when he designs these public outdoor projects.

Here's what the MacArthur Foundation had to say about Hood:

"Walter Hood is a landscape and public artist creating urban spaces that resonate with and enrich the lives of current residents while also honoring communal histories. Hood melds architectural and fine arts expertise with a commitment to designing ecologically sustainable public spaces that empower marginalized communities. Over his career, he has transformed traffic islands, vacant lots, and freeway underpasses into spaces that challenge the legacy of neglect of urban neighborhoods."

Here's more on Hood from the UC Berkeley news service.

P.S. I'm sorry I'm late with this bit of news. But I somehow missed the news release that A&T sent out and just happened to notice this tweet over the weekend from the chancellor:

Congratulations to #NCAT alum Walter Hood on being selected a 2019 MacAuthor Fellow for his exceptional work related to sustainability in urban areas. #AggiesDo https://t.co/CYbr6WgzKw

Update, 9:45 a.m. Tuesday: At the risk of turning this into a blog post about Duke University, the folks in Durham wanted to make sure that you and I know that one of its biology professors also won a MacArthur fellowship this fall. Jenny Tung is an evolutionary anthropologist who has studied Kenyan baboons and is now turning her research attention to meerkats. Here's more from Duke.

Update, 9:15 a.m. Wednesday: I've corrected above the name of the founder of A&T's landscape architecture program. He is Charles Fountain.

On a related note, I was wondering while writing this piece how Hood, a North Carolina native who went to a North Carolina university, ended up in California for grad school and afterward. A 2004 New York Times profile of Hood that was reprinted in the N&R suggests a reason: Charles Fountain had taught at Berkeley before coming to A&T.

And in this 2012 story in the San Jose paper, Hood called Fountain "the first teacher who got me believing in myself."

Support my coverage of higher education. Click here to learn about digital subscriptions to www.greensboro.com.

The Syllabus: The Harvard decision and what it means for UNC-Chapel Hill

Now that a federal judge has ruled that Harvard University's race-conscious admissions policies comply with federal law, UNC-Chapel Hill probably will be the next school to go under the legal microscope.

The Supreme Court justice also talked about where American law and the world intersect.

The Syllabus: Some numbers on N.C. A&T's upcoming apartment deals

A&T is close to adding 14 acres and nearly 1,200 residence hall beds to its growing campus.

The Syllabus: Your college campus speakers for October

The Syllabus: In Cullowhee, fingers crossed for a mild winter

The Syllabus: Your college campus speakers for October (mid-Oct. update)

Poets, writers, professors and business leaders will speak at area college campuses in the latter half of October.

N.C. A&T's annual homecoming parade will have a shorter route this year

Construction of a section of the Downtown Greenway forced the university to alter the parade route. A&T expects the parade to return to its usual route in 2020.

Ask a Reporter: When was Fourth of July first celebrated?