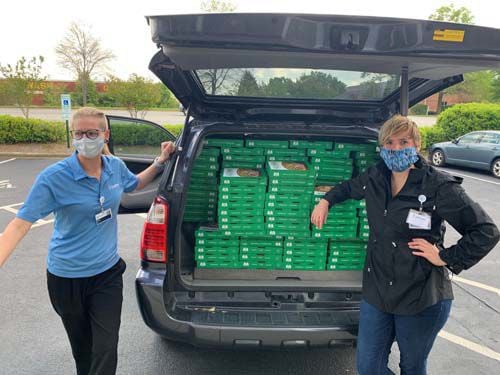 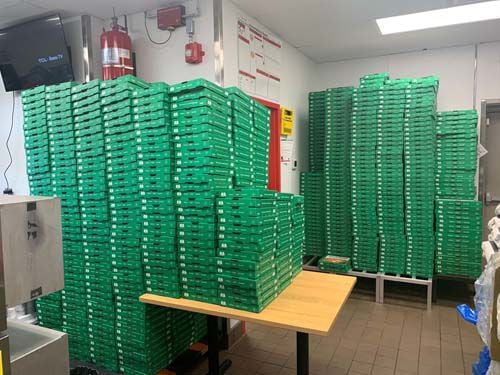 GREENSBORO — The owner of area Marco's Pizza franchises is donating 3,200 pizzas to hospital workers this week.

According to a release, Travis Cole, who owns several Marco's Pizza locations in the Triad, is donating 500 pizzas a day to workers at Cone Health.

“The decision to donate our pizzas to frontline workers was easy, and the team was quick to rally behind it, working hard to make 500 pizzas each day for health care workers,” Cole said in a statement.

Cole is taking the next step to help get meals to healthcare workers by teaming with radio stations 107.5 WKZL and 92.3 WKRR to promote a GoFundMe page to raise money to purchase food from struggling area restaurants and serve to local health care workers. The goal is to raise $10,000.

"We wanted to further involve the community, but didn’t want the ask to be too big," Cole said.

Precision Fabrics' factories in Vinton, Va., and Greensboro are now working around the clock to make fabric that a Phoenix company is using to make tens of thousands of protective gowns for health care workers at the front lines of patient care in the United States.

Just like during the Great Recession, Greensboro is helping nonprofits help Greensboro