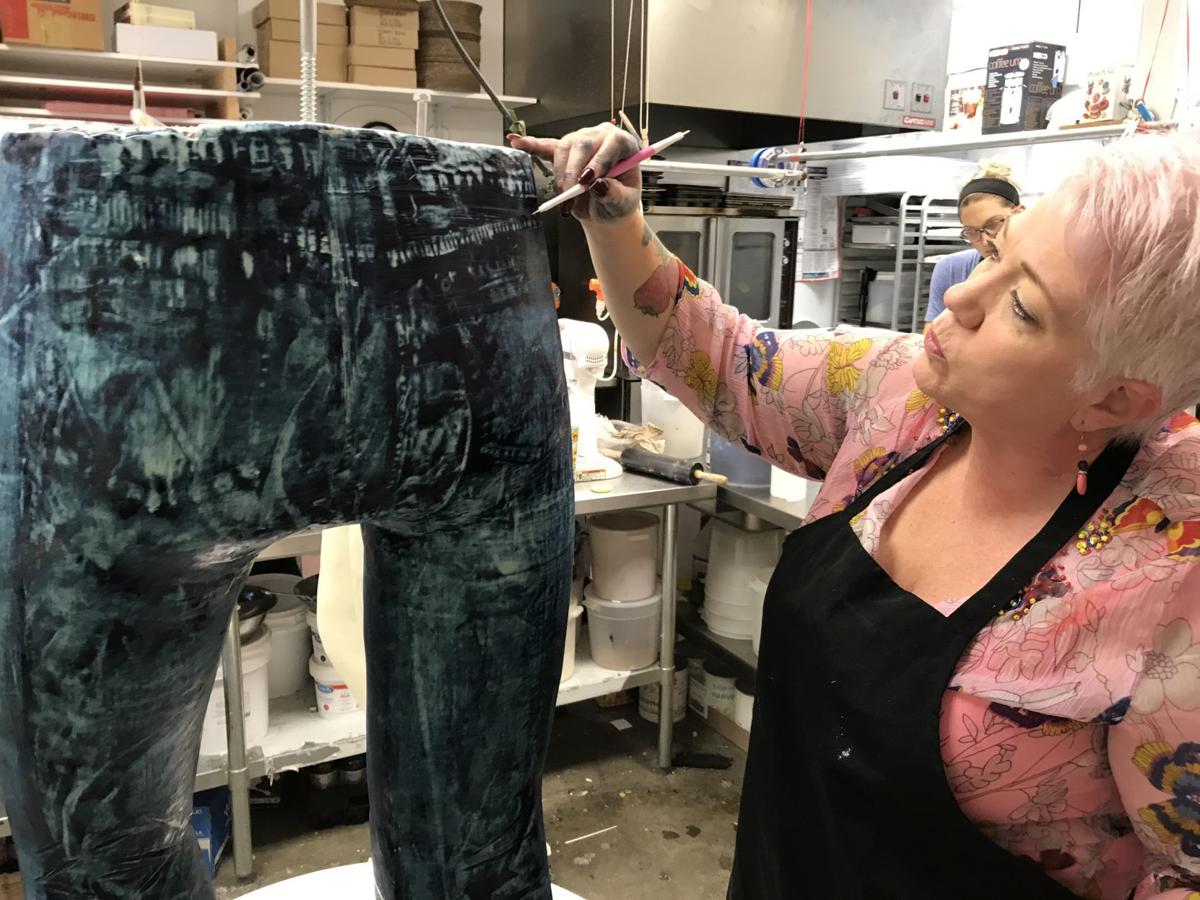 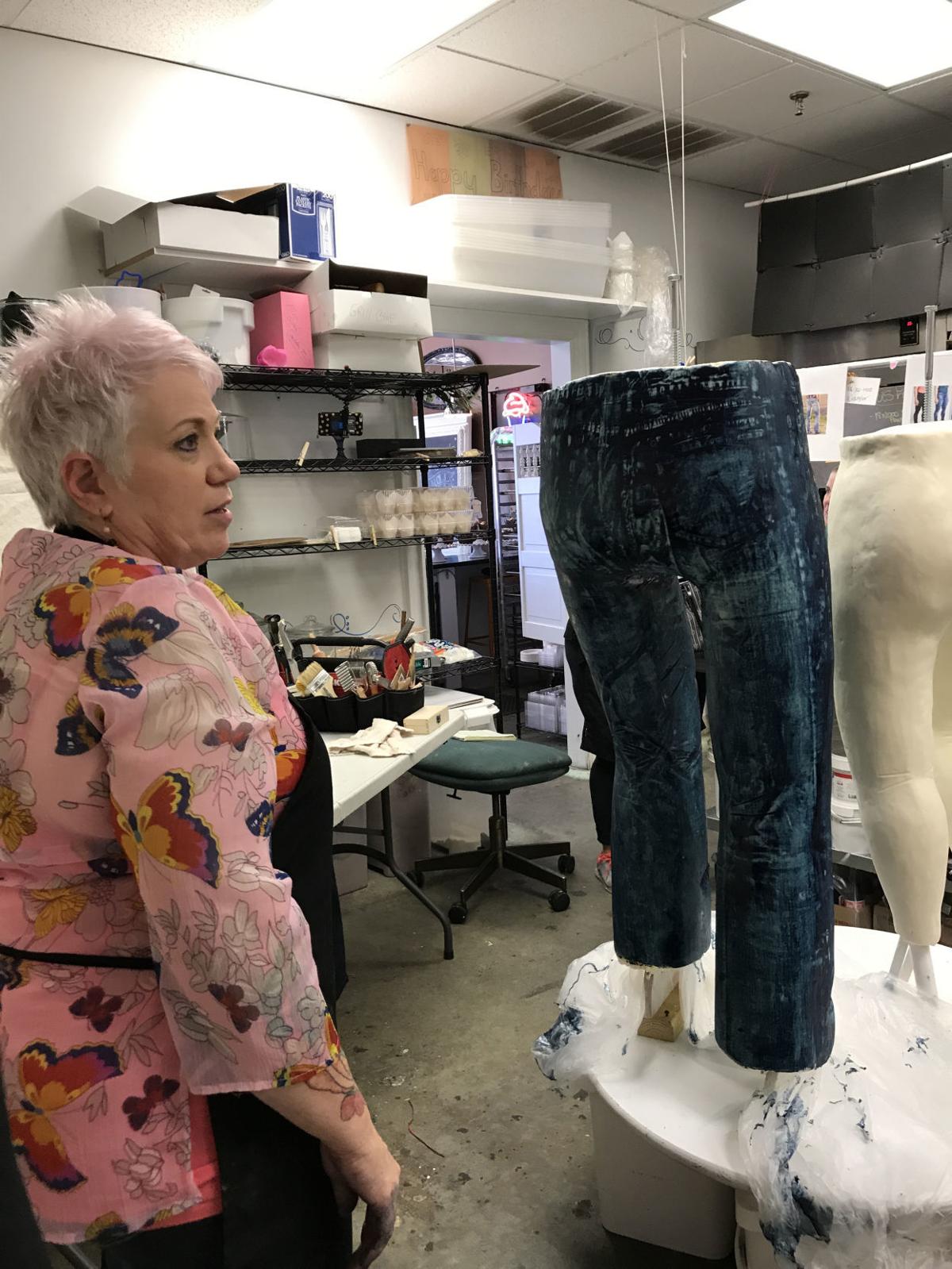 GREENSBORO — When Easy Peasy Decadent Desserts was approached by Wrangler to create something for today’s Jeansboro Day, a celebration of the apparel company’s 70th anniversary, owner Traci Rankins jumped at the chance.

And it didn’t take her long to figure out what to do.

She decided to create two pairs of edible life-size blue jeans, inspired, in part, by the fiberglass artist sculptures of jeans throughout downtown Greensboro.

Rankins enlisted the help of her husband, Erik Rankins, who helps her run the shop.

Erik Rankins built the free-standing skeleton for the torso and legs of each sculpture from wood and foam board. The addition of sculpted spray foam gave the figures a rough shape.

From there, it was up to Traci Rankins and her crew of cake decorators to bring the sculptures to life.

They fleshed out and sculpted the legs with a sticky mixture of rice cereal and melted marshmallow (like Rice Krispy treats). They covered the sculptures with white chocolate for a smoother working surface, then added a malleable layer of modeling chocolate for details.

“Doing all of the detail work makes it look like a pair of jeans,” Traci Rankins said. “Like the belt loops and the stitching, the zippers and the rivets and things like the Wrangler tag.”

Rankins referenced photos of models wearing Wrangler jeans to get the details as life-like as possible, including creases.

The whole process, from form construction to the last tasty detail, took about a 100 hours.

The Rankins are no strangers to creative challenges. The two have appeared on the Cooking Channel competition television show “Sugar Showdown.”

But after all of the work, no one will get to eat the sculptures. They’re just for show. It would be impractical to serve the jeans.

Instead, Easy Peasy is providing sheet cake to feed the approximate 500 people expected to show up for the birthday party.

The Rankins took lots of photos and video of the edible sculptures. They hope to parley the experience into another shot at being on a competition television show such as “Cake Wars.”

See video of the cake in progress with this article at greensboro.com.

Make a purchase Saturday at Wrangler.com and a portion of the profits will go to hurricane relief.

Man charged in Friday shooting in Greensboro that left 2 dead

Ask a Reporter: When was Fourth of July first celebrated?