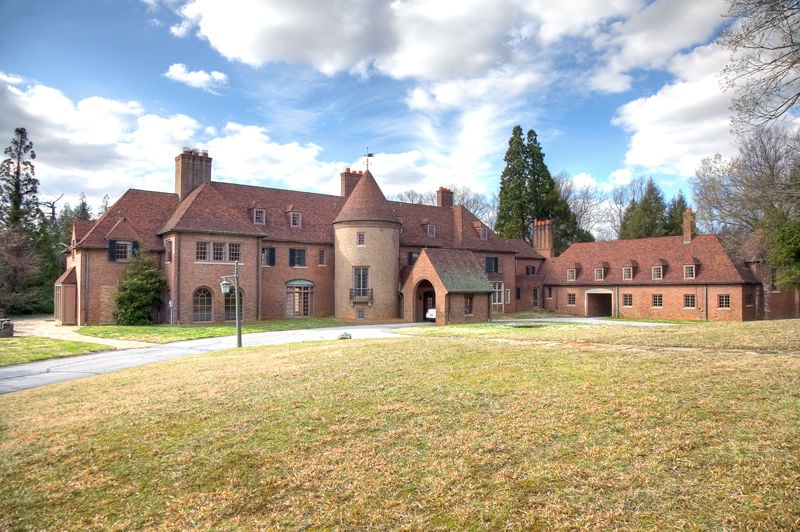 The rear of Adamsleigh, an estate in Sedgefield Lakes, where “The Disappointments Room,” began filming this week. 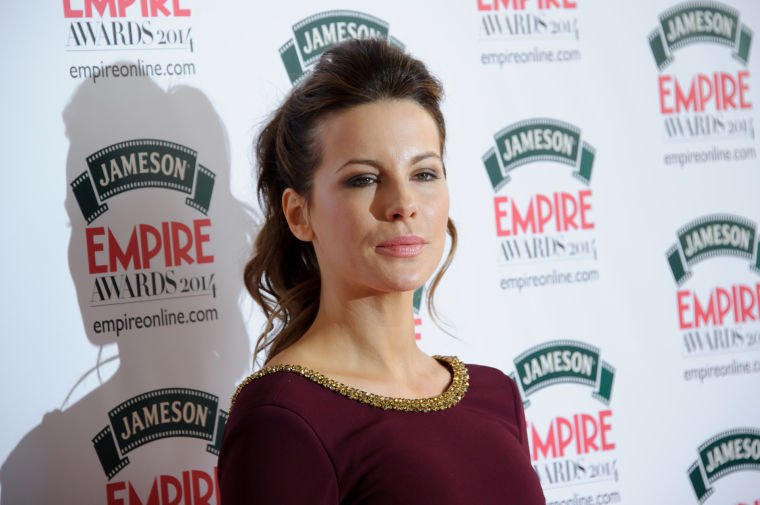 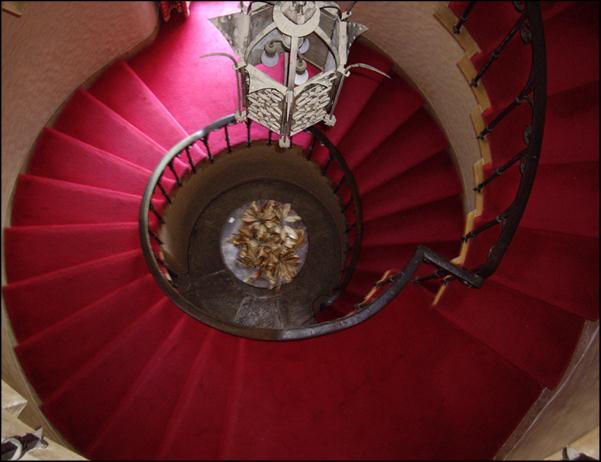 A spiral staircase at Adamsleigh, an estate in Sedgefield Lakes, where “The Disappointments Room,” began filming this week.

A detail shot of the crest at Adamsleigh, an estate in Sedgefield Lakes, where “The Disappointments Room,” began filming this week.

The rear of Adamsleigh, an estate in Sedgefield Lakes, where “The Disappointments Room,” began filming this week.

A spiral staircase at Adamsleigh, an estate in Sedgefield Lakes, where “The Disappointments Room,” began filming this week.

A detail shot of the crest at Adamsleigh, an estate in Sedgefield Lakes, where “The Disappointments Room,” began filming this week.

The estate in Sedgefield is the main setting for feature film “The Disappointments Room,” the psychological thriller starring Kate Beckinsale.

Filming began at Adamsleigh this week and will continue there and elsewhere in the area through late October.

Other scenes probably will be shot in Rockingham and Randolph counties, said Rebecca Clark, executive director of the Piedmont Triad Film Commission, which recruits film and television productions.

The movie is scheduled to appear in theaters next year.

“It has been ready for its close-up for a very long time,” Clark said.

It’s now owned by three brothers who are Adams’ descendants. Tyler Redhead & McAlister Real Estate has it on the market for $4 million.

“It’s a prime site for filming because it’s so unique and so special,” Clark said.

Filming is closed to the public, and passersby can’t see much driving by on narrow Alamance Road.

The home backs up to Sedgefield Country Club’s 14th and 15th hole. The club and golfers “have been incredibly cooperative,” film publicist Andy Lipschultz said.

They willingly took down the flag on the 14th green briefly when cameras shot in that direction because “the movie doesn’t take place at a golf course,” Lipschultz said.

In the movie, Adamsleigh becomes the beautiful old rural home to which Beckinsale’s character, Dana, moves her husband and 5-year-old son to seek a fresh start.

Hidden within the attic is a secret room. When frightening events lead Dana to discover the room’s long-lost key, she unlocks a host of horrors that reveal the house’s past is tied with her own.

The film also stars Lucas Till from “X-Men: Days of Future Past,” and young actors Ella Jones of Raleigh and Duncan Joiner.

Directing the film is D.J. Caruso, who directed the 2007 film, “Disturbia.”

Wentworth Miller, who starred with Beckinsale in “Underworld,” wrote the screenplay.

The public has caught glimpses of Beckinsale, Till, Caruso and producers at restaurants in nearby Jamestown.

Beckinsale and Till have dined at Perky’s Bistro.

At Southern Roots Restaurant and Catering, before production began, Beckinsale got up from her lunch to pose for photos for customers, owner Lisa Hawley said.

Hawley said doesn’t see the crew as much now that filming has started.

“They are very nice people,” Hawley said. “We are so lucky to have them in our town.”

When production companies film in the Triad, they not only dine in local restaurants but rent hotel rooms, homes, office space, equipment and cars. They also hire local crew, Clark said.

She estimated this film will pump at least $6 million into the local economy.

“That is why film production is so important to our economy,” Clark said.

“The Disappointments Room” qualifies for the state’s current 25 percent refundable tax credit to productions spending over $250,000.

But come Jan. 1, tax credits will be replaced by a more limited $10 million grant program.

Clark fears the change will hurt film recruitment efforts. And on Friday, Gov. Pat McCrory announced that he would not call the legislature back to Raleigh to revisit the issue.

The current asking price for Adamsleigh is $4 million, but a series of Junior League of Gree…

Film crew members, extras and equipment filled the street and sidewalks in front of 121 and 123 S. Elm St., Monday.