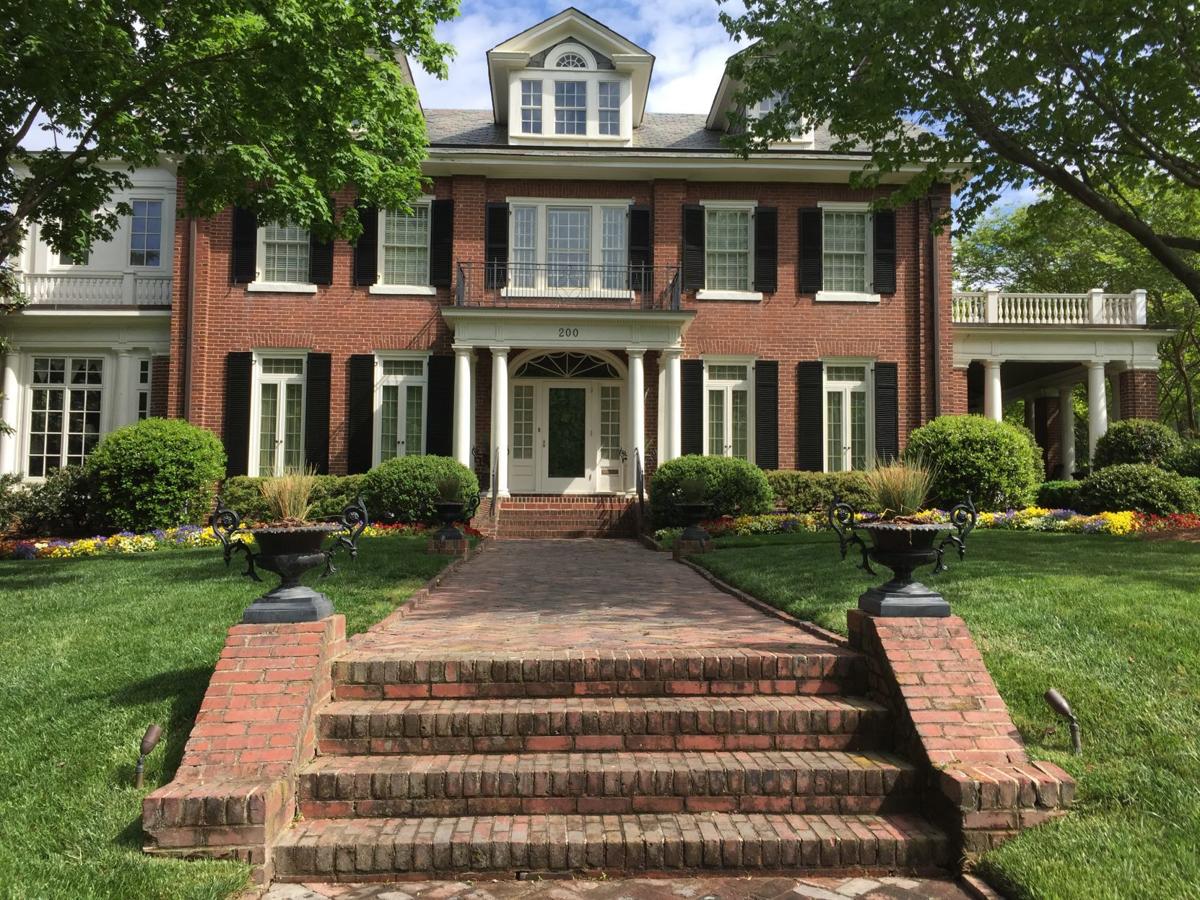 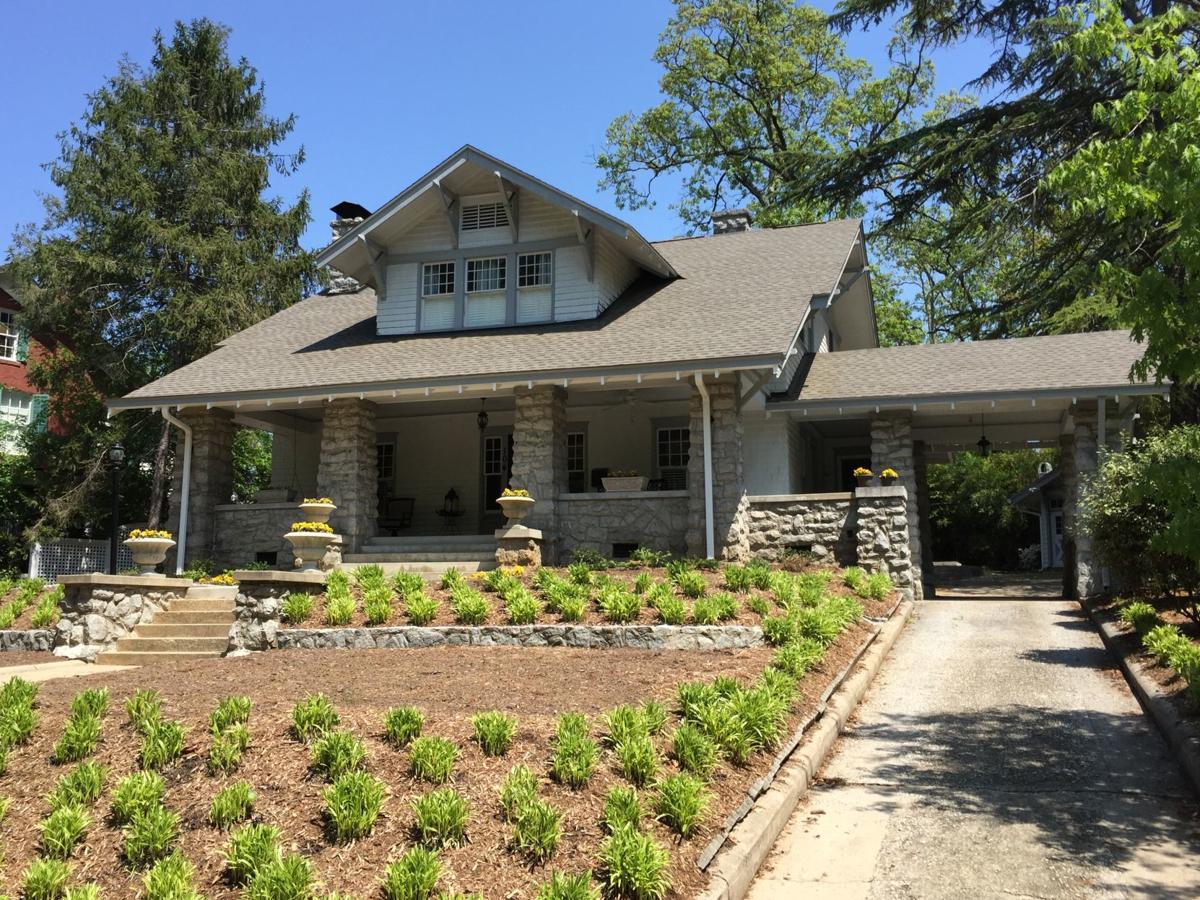 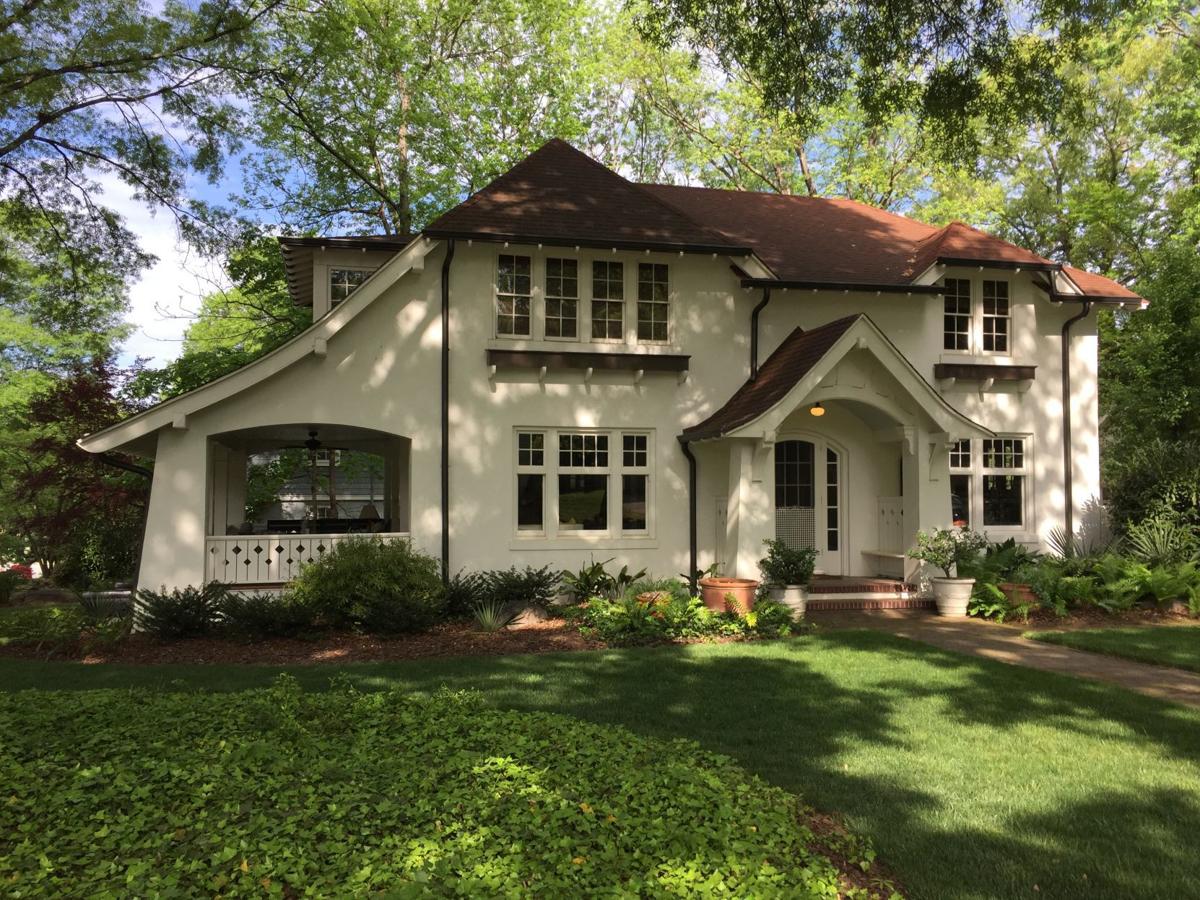 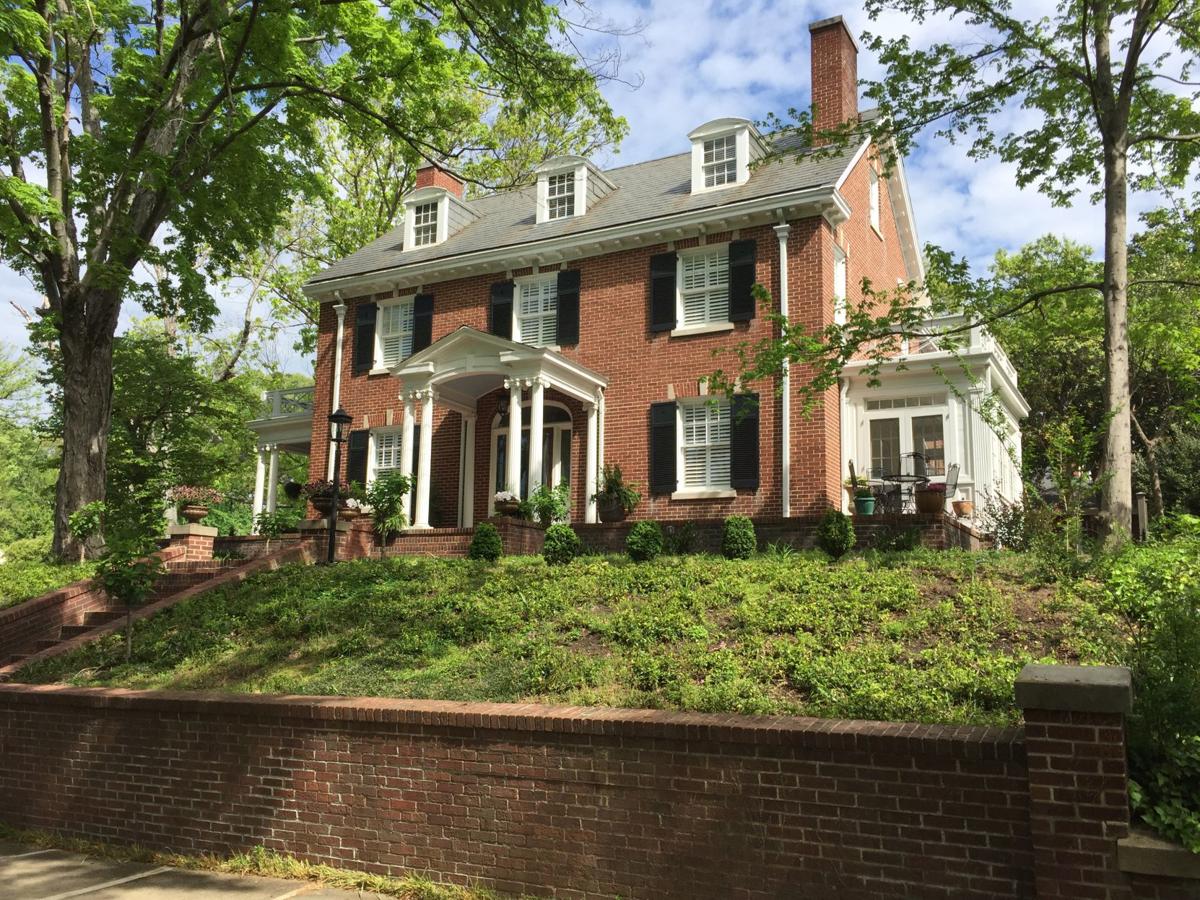 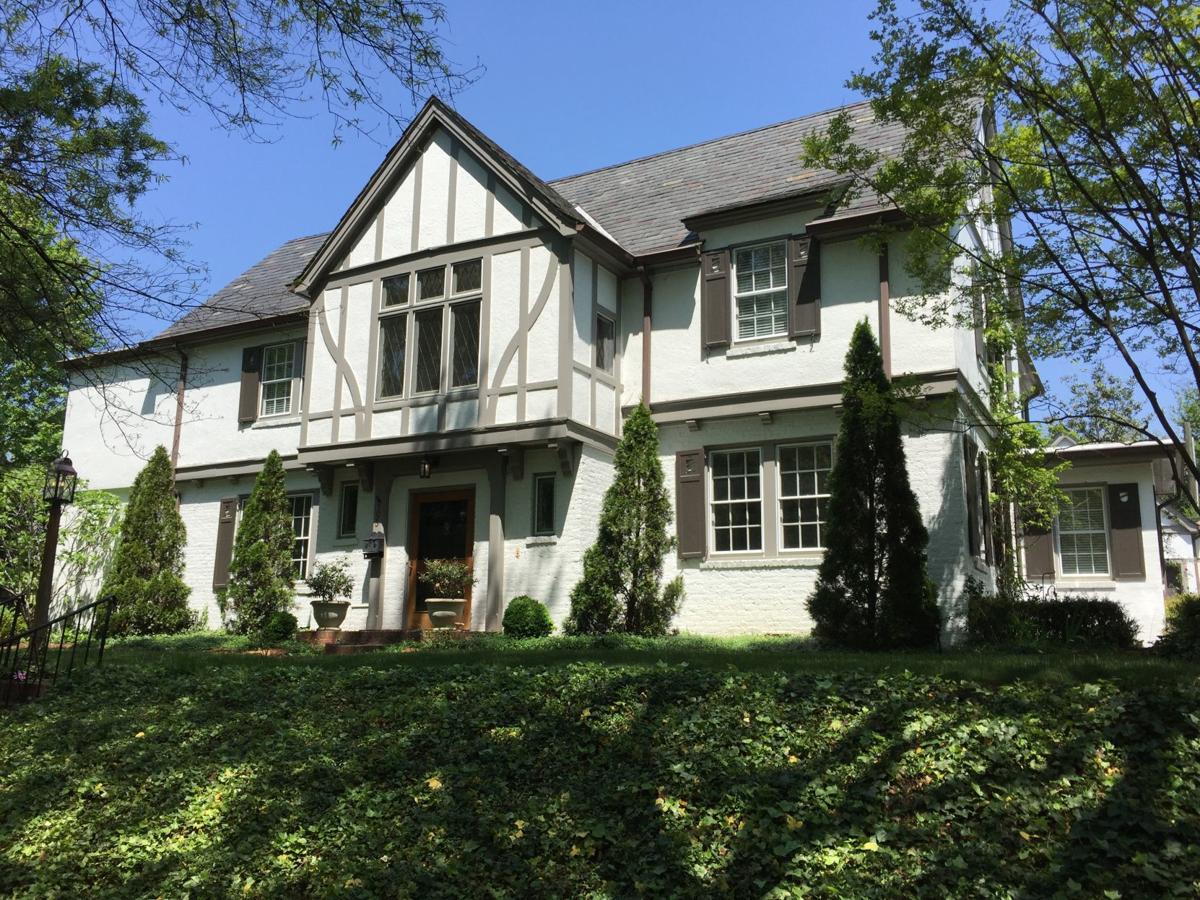 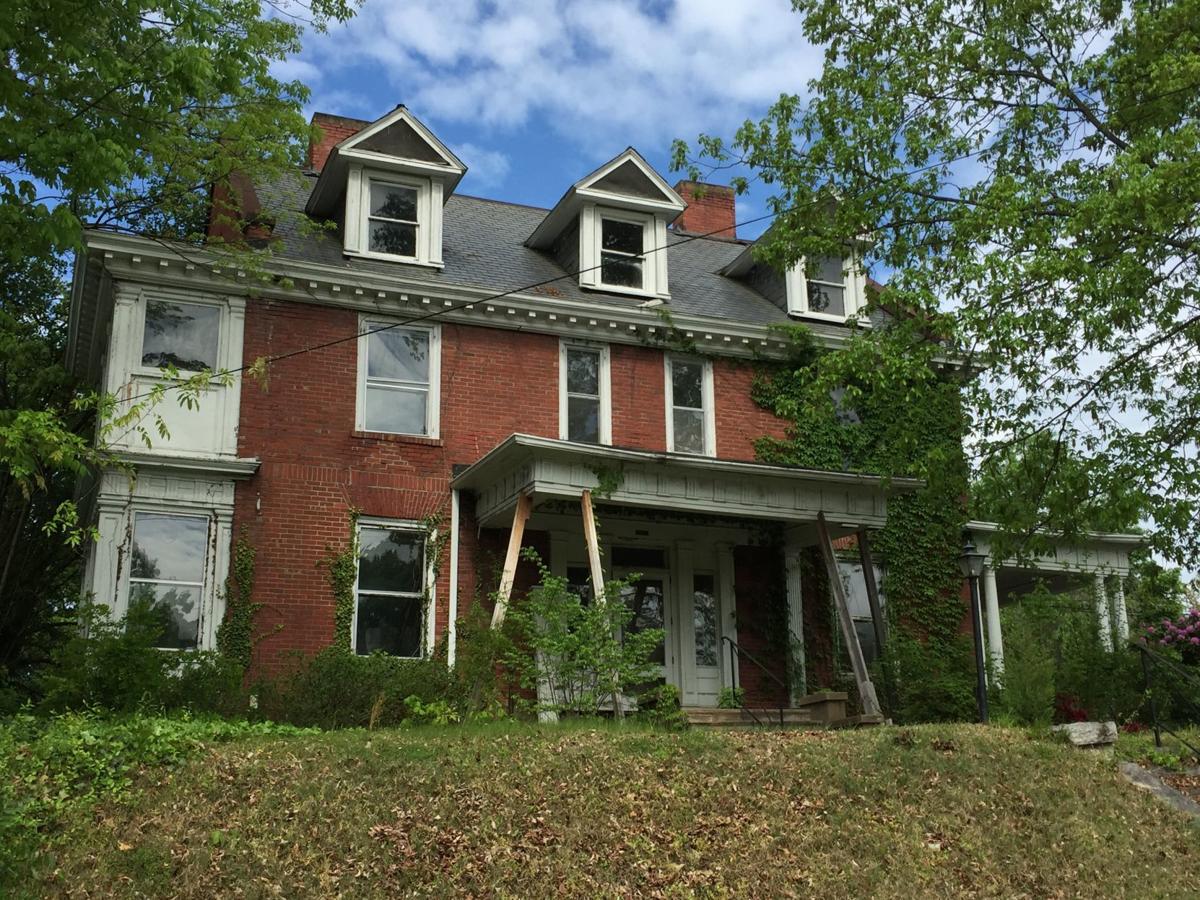 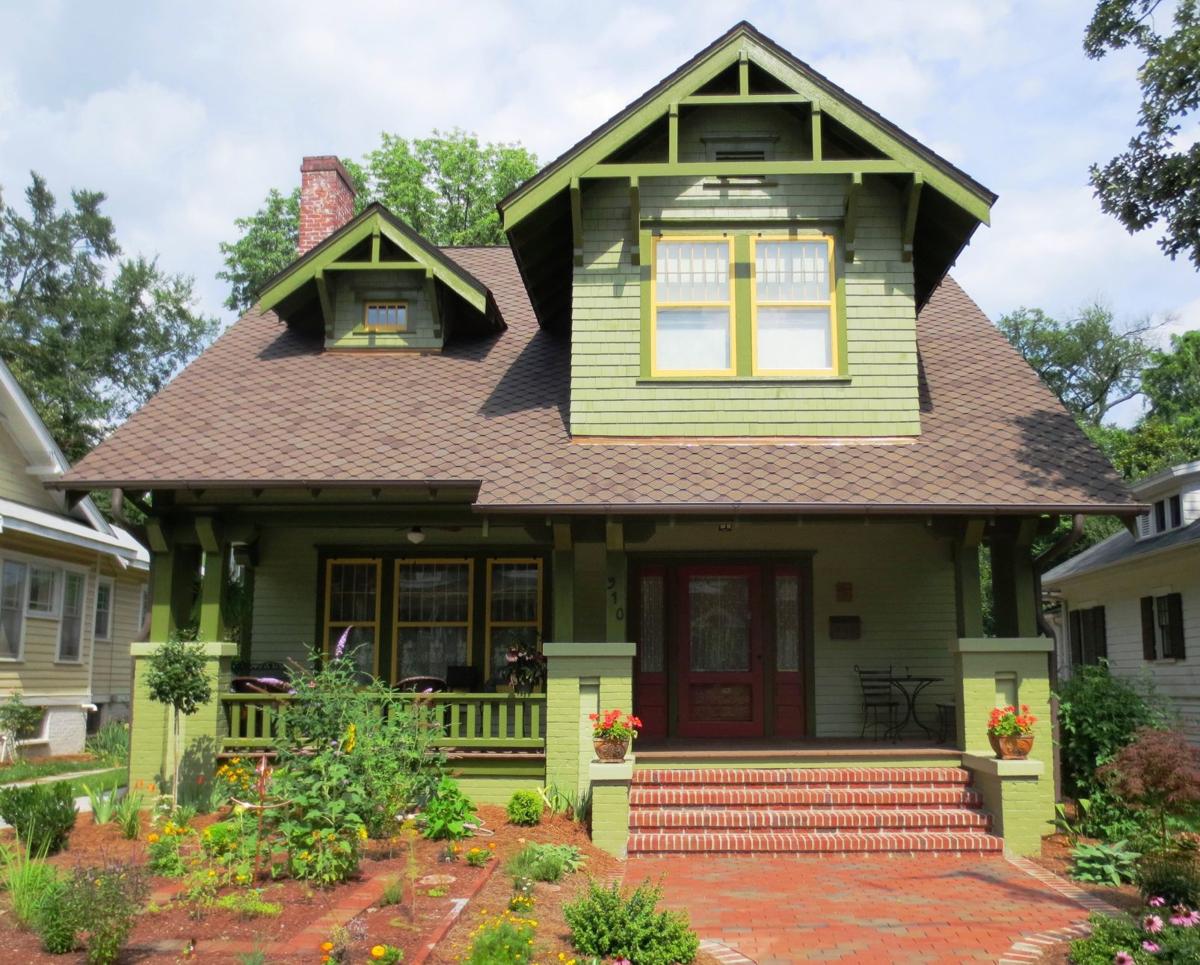 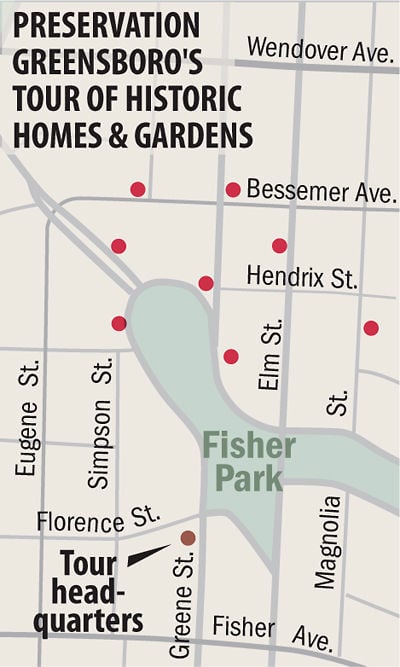 GREENSBORO — The historic Julian Price home gained national attention in January, when it became the setting for an episode on the A&E television reality series “Hoarders.”

Michael and Eric Fuko-Rizzo bought the Fisher Park Circle mansion in September from Bank of America, which had foreclosed on Cowart after a lengthy court battle.

The Greensboro couple aim to restore beauty to the Tudor Revival-style house known as “Hillside,” listed on the National Register of Historic Places and Guilford County’s list of historically significant properties.

But before that happens, Preservation Greensboro’s seventh annual Tour of Historic Homes & Gardens on May 20-21 will give visitors a look inside.

“People like to see the ‘before,’ ” said Benjamin Briggs, the executive director of Preservation Greensboro, a nonprofit organization that saves local historic and architectural treasures. “This would give people a chance to come in and see the ‘before’ as part of our tour.”

Tour participants can see much more than the Price house.

Eight homes will open their doors in the historic neighborhood, the city’s first suburb planned and developed around a park.

In 1887, Capt. Basil John Fisher, a former member of an esteemed regiment in the British Army, bought the large undeveloped tract of land north of the village that would become Fisher Park, Briggs said.

In 1991, it became a National Register Historic District.

Check out its 20th century architecture, designed by regionally and nationally prominent architects such as Hobart Upjohn, and Greensboro’s own Wells Brewer, Harry Barton and Charles Hartmann.

The tour is self-guided. Docents will be stationed in houses to answer questions.

Briggs’ descriptions offer a peek at the houses:

Julius R. Pitts commissioned this Colonial Revival house in 1927 from contractor J.C. Morris. His wife, Alice, had died in 1923, and he lived there with his daughter, son-in-law and grandchildren.

Sheila Sanders and Craig VanDeventer bought the house in 2014.

A renovation added modern conveniences in the kitchen and bathrooms. Character-defining interior features were retained, including its grand hallway staircase.

This house’s fanciful Old World style has evoked such descriptions as the Three Bears’ House and Cinderella’s House.

The Germanic Revival cottage’s address was 300 W. Bessemer Ave. when Anne and R.L. Thompson purchased it from the J.E. Latham Co. in 1917.

Bessemer, Virginia and Parkway then were streets associated with Fisher Park Extended, a new phase of Fisher Park developed by Latham.

By 2015, the house was home to David Yelverton.

Briggs calls it a well-preserved example of Period Revival architecture.

Now owned by Beth and Carl Nilsson, this house is among Greensboro’s earliest to exemplify Craftsman architecture, Briggs said.

Charles David Benbow Jr. and his wife, Marjorie Long, moved into the new 12-room bungalow in 1913.

Look for interior features such as pierced, sawn stair balusters in the entry hall, a coffered ceiling and a section of original fresco.

Madge and Roy Sweeney moved their family into the new home in March 1916. Nineteen months later, they moved back to South Carolina and sold it to Sue and John Thomas Penn.

Charles McIver Jr. and his wife, Emily were next to own the property. McIver’s father founded Woman’s College, now UNC-Greensboro

Scheduled for demolition in 2010, the house has been completely restored by current owners Cheryl and Tracy Pratt.

Briggs considers the house significant to the streetscape because of its unusual clustered-post porch supports, asymmetrical facade and exposed gable wood framework.

This Colonial Revival residence overlooking the park was built in 1913 for Mamie and Edgar D. Broadhurst, a justice of the peace and school superintendent.

They later sold it to Etta and William D. Meyer, who owned Meyer’s Department Store on South Elm Street.

Betty and Joseph Guill bought the house from Catherine Shaw in 1955. Son Bill Guill and daughter Betty Jo Hill restored it, making it a Guilford County landmark property in 1997.

Two owners of this Tudor-style home over the years were women with statewide influence in historic preservation.

Architect Harry J. Simmonds designed the house and built it in 1926 for Mae and Sidney Okes Lindeman.

Maude and James Edwin Latham bought the home in 1944. The property passed to their daughter, May Gordon Latham Kellenberger. The mother-and-daughter team worked on rebuilding Tryon Palace in New Bern.

Margaret and Robert Kantlehner purchased the house in 2003.

Mary Lyon Caine, one of the couple’s daughters, became the first president of Preservation Greensboro in 1966.

Listed on the National Register of Historic Places, the house has been vacant and the victim of neglect for 10 years. Some know it more for the temporary supports that buttress the front porch than for its architectural presence, Briggs said.

The Preservation Greensboro Development Fund bought it this year and made it available for purchase.

Architectural Salvage, a Preservation Greensboro subsidiary, will display items from its showroom during the tour. Double-hung windows will be used to demonstrate window restoration.

Local residents long have known this rambling brick and half-timbered mansion as the former Julian Price home, built in 1929 for the president of Jefferson Standard Life Insurance Co.

Back in 1921, Price invited New York architect Charles C. Hartmann to move his practice to Greensboro.

He lured Hartmann with the prized $2.5 million commission to design the downtown Jefferson Standard Building.

In April 2018, the home will become a designer show house, with proceeds to benefit Preservation Greensboro.

After the designers and their decor are gone, new owners Michael and Eric Fuko-Rizzo plan to move in.

Take a sneak peek inside Greensboro's historic Julian Price home, the setting for a recent episode on the A&E television reality series, "…

The mansion was the setting for a recent episode on the A&E television reality series, "Hoarders."

Tickets: $20 in advance for non-Preservation Greensboro members, $15 in advance for members, available at Blandwood Mansion, 447 W. Washington St.; at The Extra Ingredient in Friendly Center, and at preservationgreensboro.org. All weekend-of tickets are $25 and can be purchased at any tour home; credit cards are only accepted at Tour Headquarters at (Old) Temple Emanuel, 713 S. Greene St. Online and advanced ticket sales end at 5 p.m. May 18.

Wear comfortable shoes. Do not wear high heels, as they may damage the floors.

Leave pets at home; no food or drink allowed in homes.

Children must have a ticket and be accompanied by an adult at all times; no strollers or backpacks allowed in homes.

No photography allowed in any format; sketch and notebooks are allowed.

Respect the homeowner’s privacy and do not open closed doors or touch personal items.

Here's what's happening on the Greensboro arts and entertainment scene for the weekend of May 19.

Greensboro's historic mansion known as Hillside will open its doors on Thursday evening for a Sip & See, to benefit Preservation Greensboro.

Around Town: Sip and See at Hillside (Julian Price house)

Guests got a sneak peek of the historic Julian Price “Hillside” house as a Designer Show House during Sip and See at Hillside on Oct. 26. The …

Wake Forest to play in Jamaica Classic next season