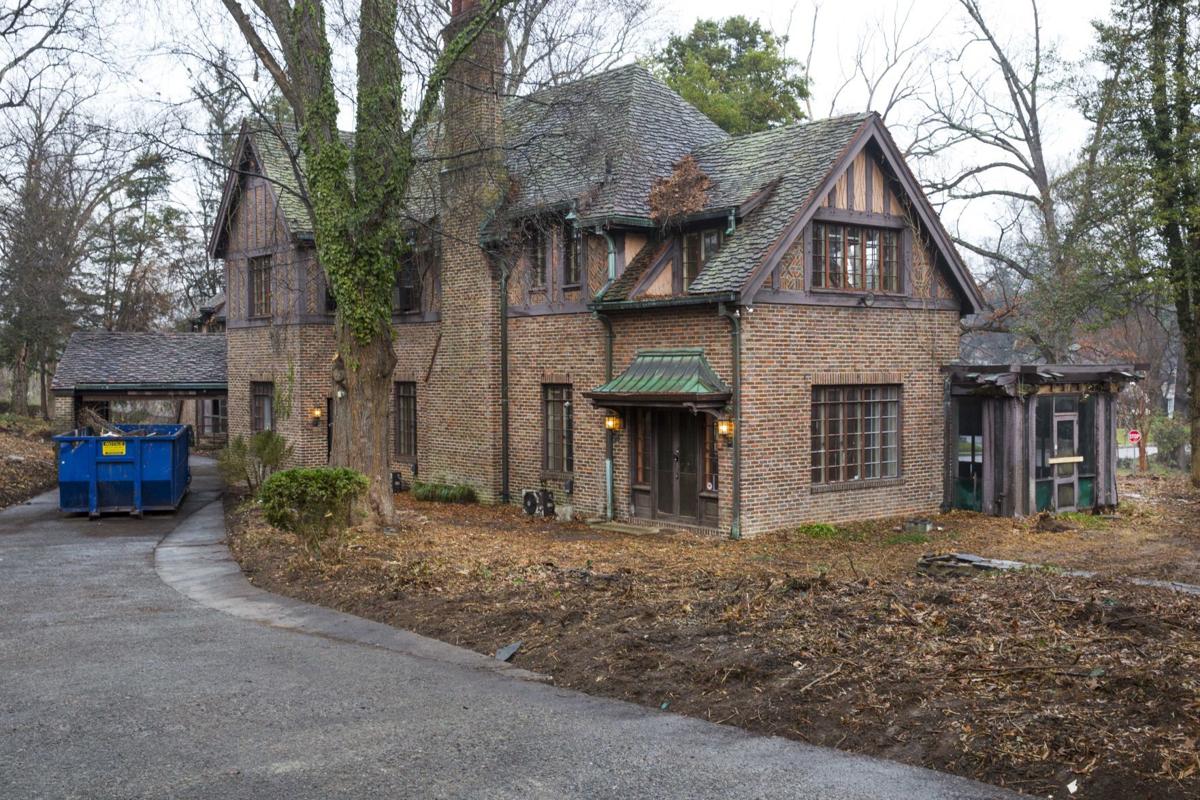 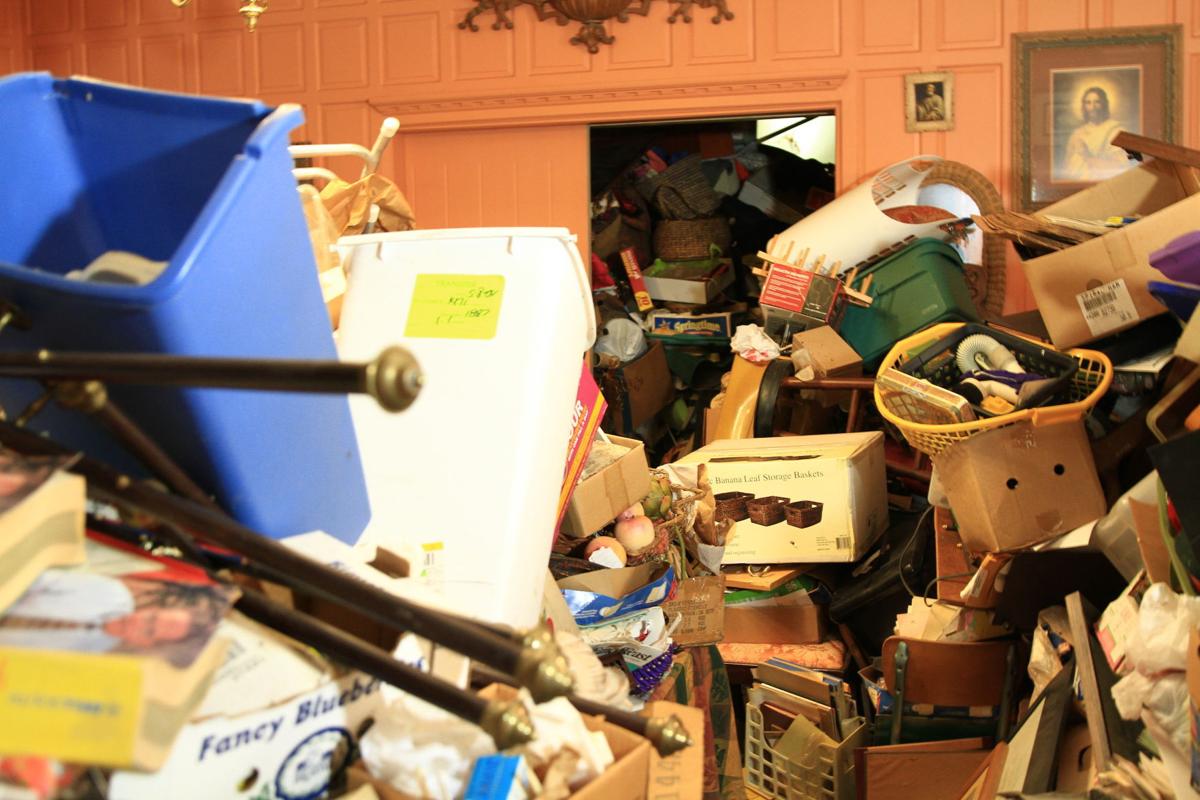 Crews remove junk stacked to the ceiling from rooms in the historic Price home as the TV show “Hoarders” filmed in November. 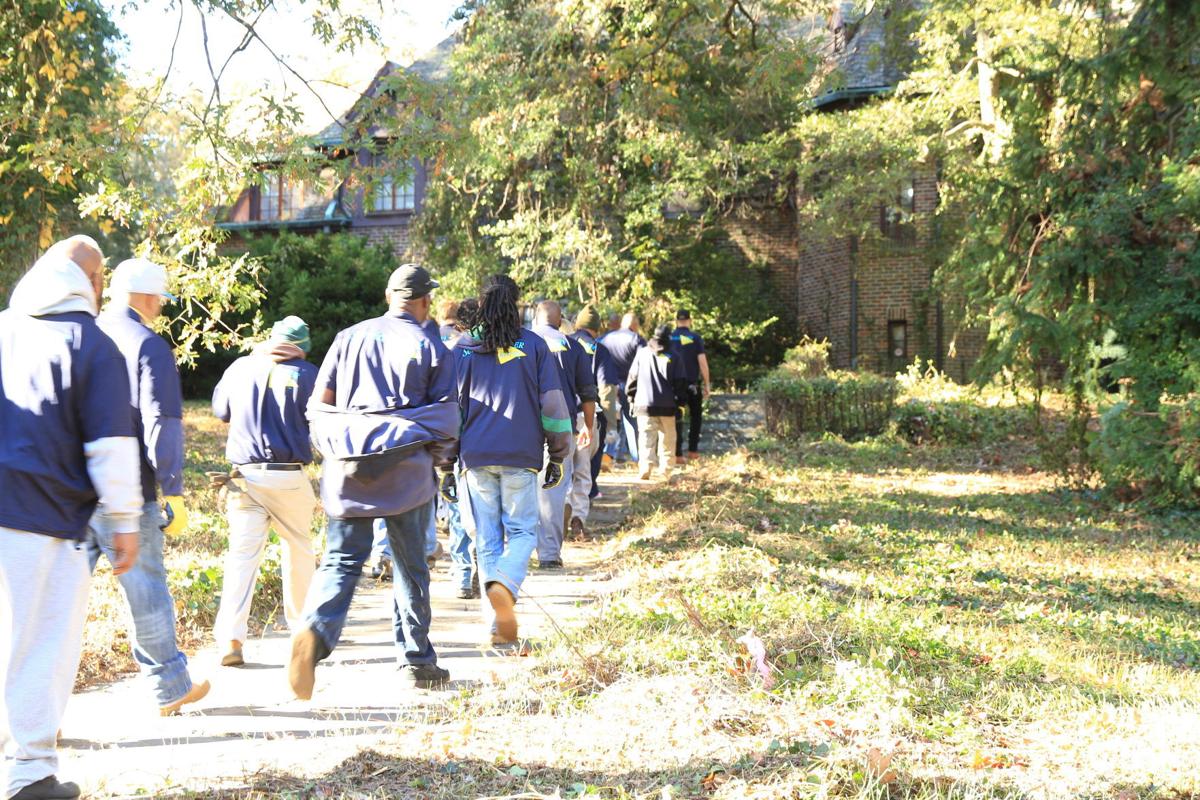 The crew from Servicemaster Restore, a cleanup and restoration company, approaches the former Julian Price house in Greensboro during filming of the A&E TV show "Hoarders" in November 2016. 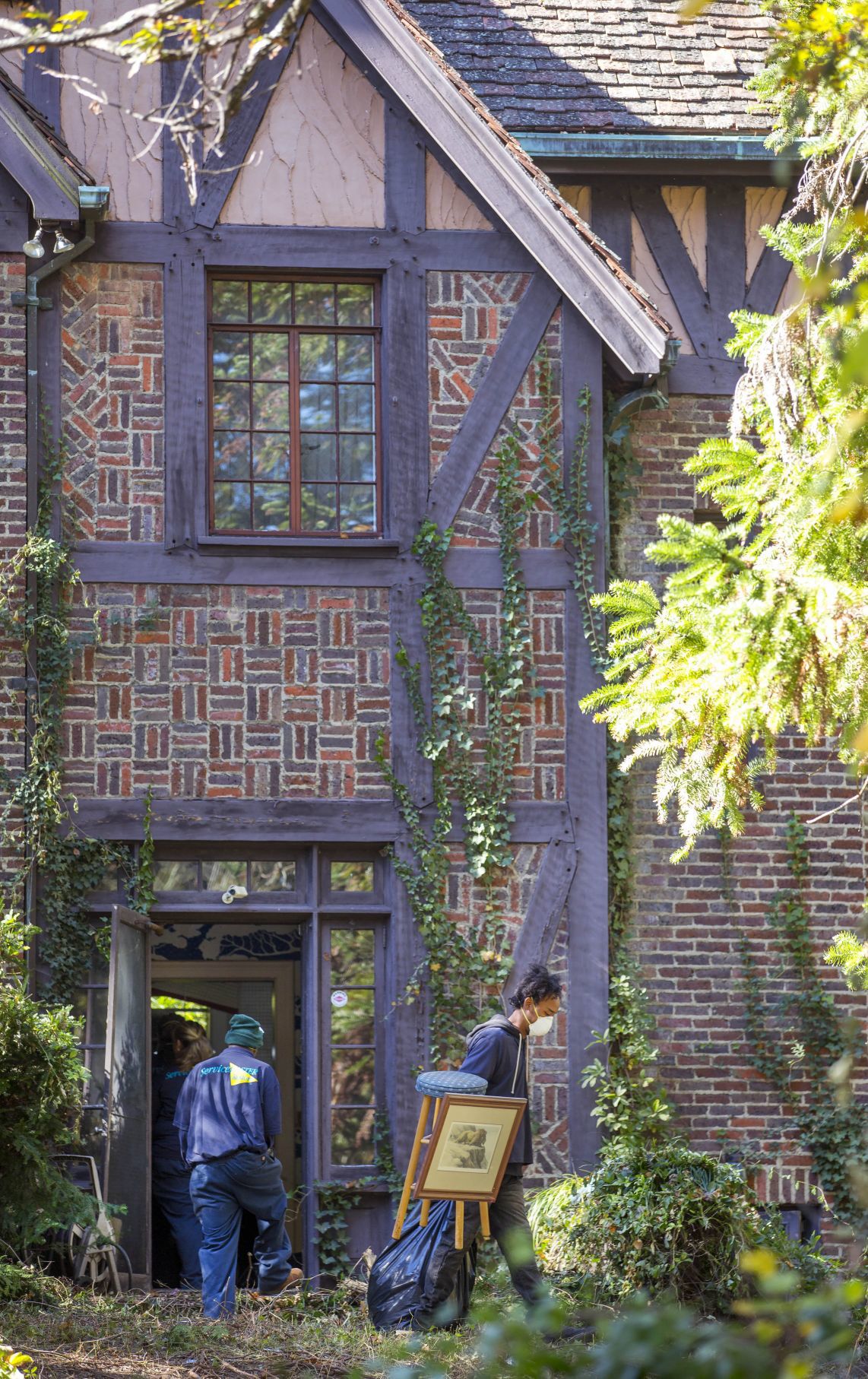 Crews remove junk stacked to the ceiling from rooms in the historic Price home as the TV show “Hoarders” filmed in November.

The crew from Servicemaster Restore, a cleanup and restoration company, approaches the former Julian Price house in Greensboro during filming of the A&E TV show "Hoarders" in November 2016.

GREENSBORO — Viewers around the country tuned in Sunday night to watch as a television reality series focused on the historic Julian Price home.

More than 1.2 million households watched the two-hour episode of “Hoarders” on the A&E network.

That ranked the show 11th in viewership among the night’s Top 150 original cable shows, according to ShowBuzzDaily.com.

“This episode was the highest-rated episode of the season,” said Alice Ikeda, a co-executive producer with Screaming Flea Productions in Seattle.

The Emmy-nominated documentary series profiles people in crisis because of hoarding.

The episode — the show’s season nine finale — is available online at www.aetv.com/hoarders.

A News & Record article about the show, and the story behind it, resonated with online readers.

Friday’s article has attracted nearly a half-million page views on the newspaper website at greensboro.com.

That’s likely the highest viewership ever for a single story on the website, said Kymberli Hagelberg, the digital content director.

The article and “Hoarders” episode told the story of the 31-room, Tudor revival-style mansion at 301 Fisher Park Circle. It was built in 1929 for Price, then president of Jefferson Standard Life Insurance Co.

Michael and Eric Fuko-Rizzo bought the property in September from the Bank of America, which had foreclosed on longtime owner Sandra Cowart after a lengthy court battle.

Cowart had packed the four-story home with furniture, clothes and other miscellaneous items, including fabric, paint and tile samples from her interior design business.

The Fuko-Rizzos faced a crisis of conscience as they tried to figure out how to compassionately evict Cowart from the property and dispose of her hoard.

Viewers sympathized with their plight, judging from comments posted on greensboro.com from people as far as Canada.

“Michael and Eric are saints in my eyes,” wrote one viewer in Washington state.

The Fuko-Rizzos hosted a viewing gathering Sunday night at the house.

“We are getting so much positive feedback via social media, telephone, even letters that are handwritten in our mailbox,” Eric Fuko-Rizzo said via email. “We didn’t anticipate this happening, but the amount of empathy everyone has shown is beautiful to see.”

The Fuko-Rizzos say that they plan to move in once extensive restoration is complete.

They are working with city and Guilford County historic preservation commissions, which have to approve any interior, exterior and landscaping changes.

They have created a Facebook page for the Julian Price house, where they will post photos of the restoration.

But first, the house will become a designer showcase this fall.

The new owners have teamed up with Preservation Greensboro to select East Coast designers to decorate each room and the grounds for the public to see.

All proceeds from the designer showcase will benefit the nonprofit Preservation Greensboro.

After the designers and their decor are gone, the Fuko-Rizzos will continue with plans to move in.

Some people who posted comments on the News & Record article suggested a TV show on the restoration process.

“It’s exciting to see so many people take an interest,” Eric Fuko-Rizzo said. “We are considering how we will document the process, so we can share this national landmark with the community.”

GREENSBORO — The long, complicated saga of the historic Julian Price home has become the subject of a new episode on an A&E television rea…

GREENSBORO — The Julian Price House attracted no upset bids after its recent auction, meaning that Bank of America soon will assume ownership …

Updated 9:20 p.m.GREENSBORO — Sorry to disappoint you, house hunters. The historic Julian Price House is off the auction block — for now.The f…

GREENSBORO — Talk about steals and deals.For $472,500, there’s a chance that a Fisher Park mansion valued at more than $1 million could be you…

Tickets have gone on sale for the Designer Show House at Greensboro's historic Julian Price house.

Five veterans have vivid memories of the Korean War. The conflict began 70 years ago on June 25, 1950.

Protests and parades: This wasn't a typical Fourth of July