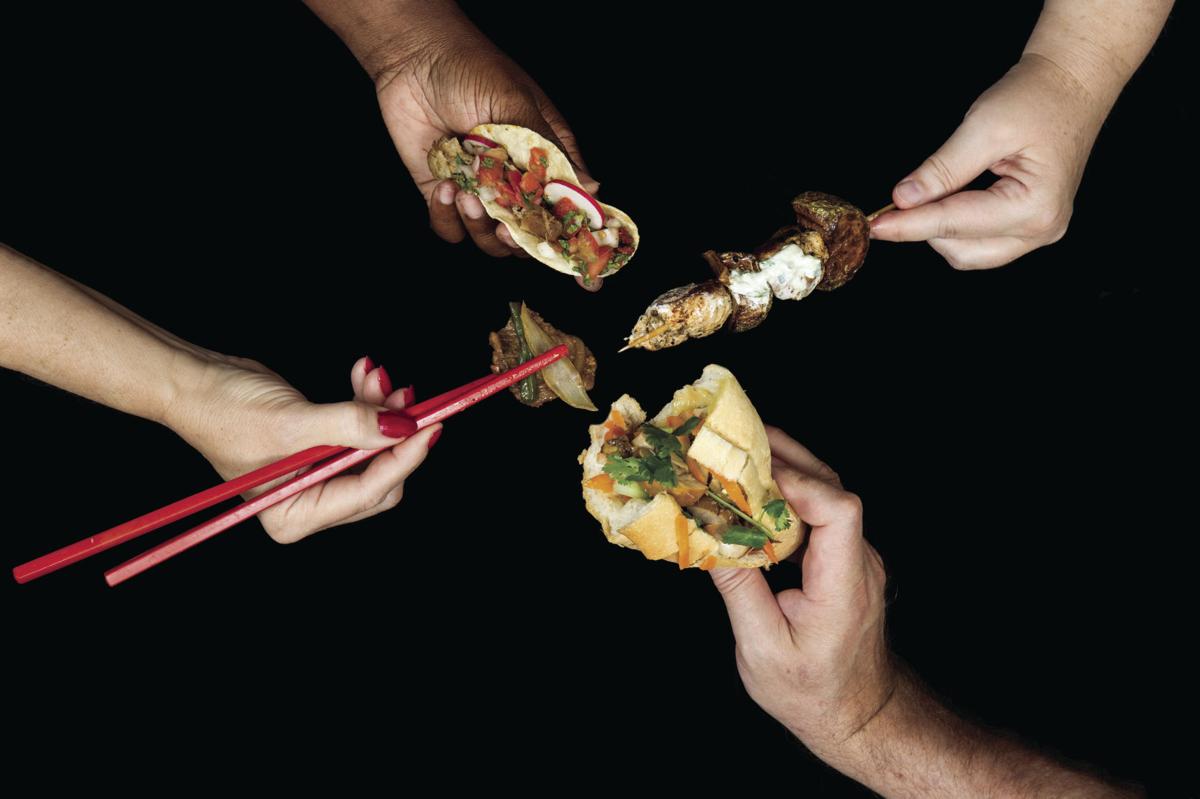 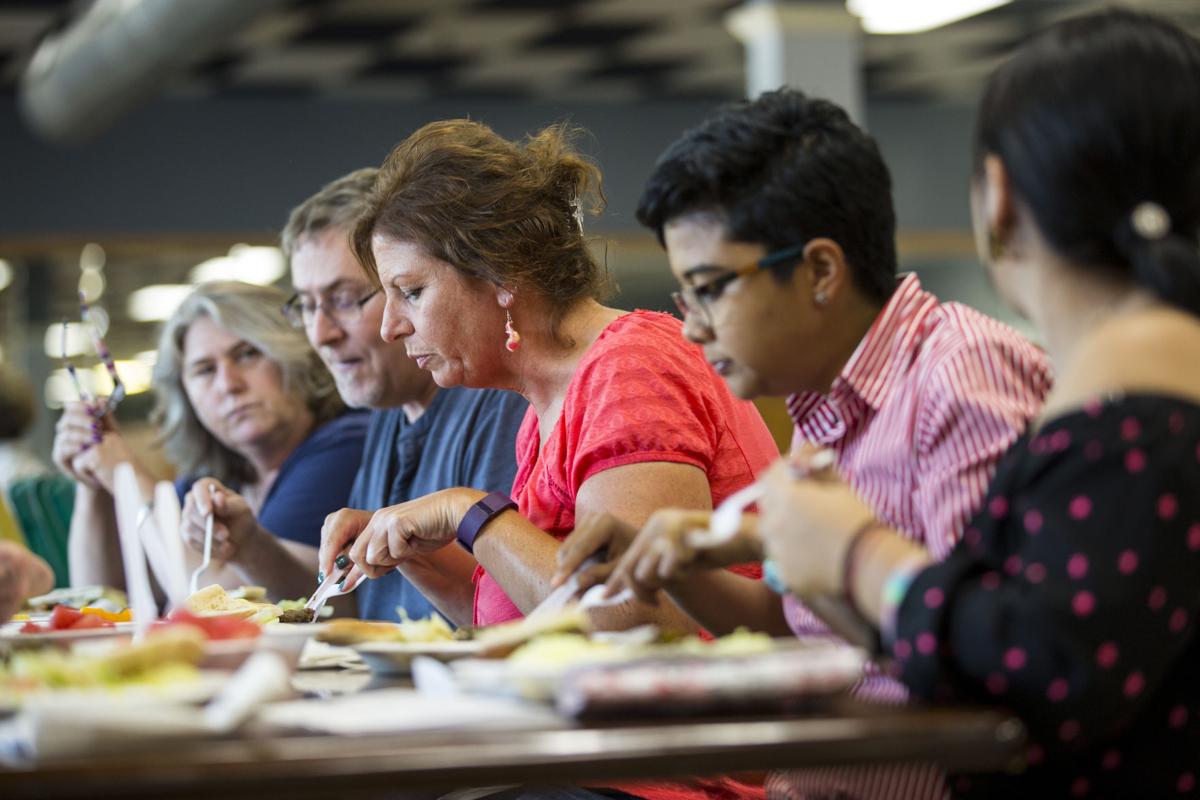 Diners tuck into their dinners at Nazareth Bread during an Ethnosh event at the restaurant. 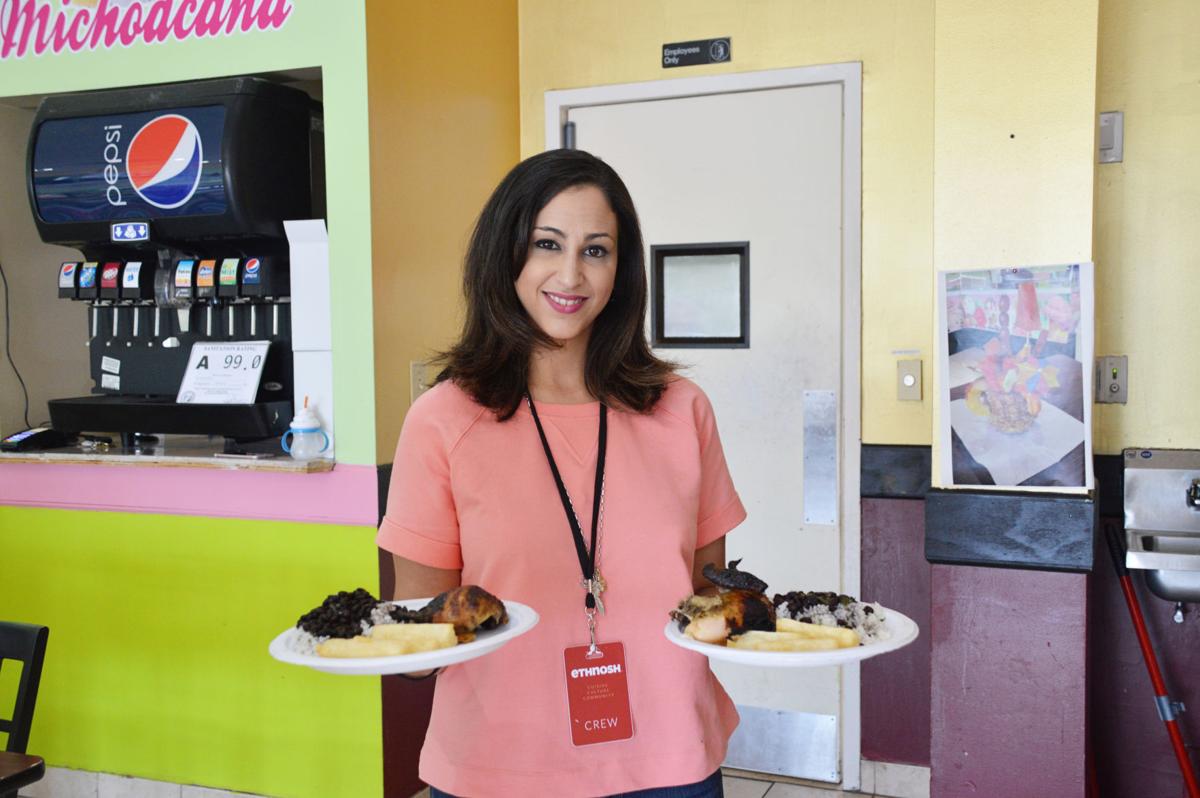 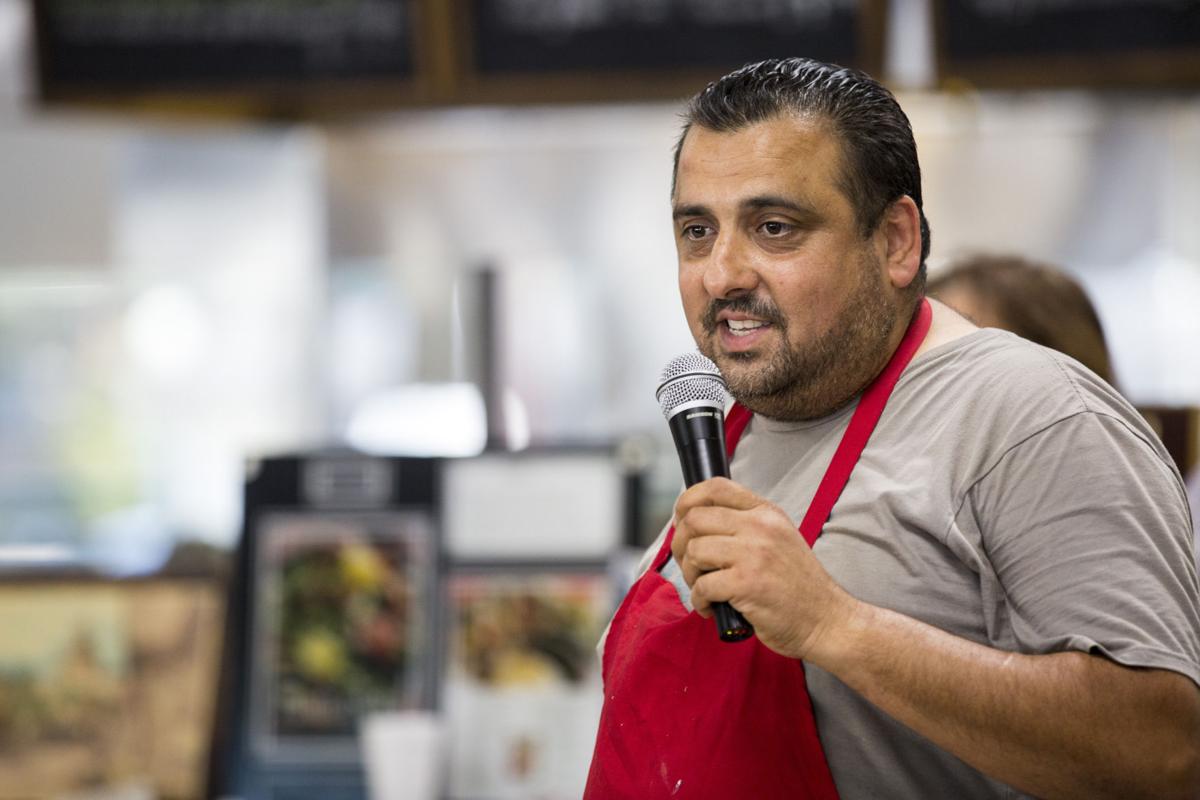 Mahar Said, the owner of Nazareth Bread, talks to diners about his background, his restaurant and the food they make during the Ethnosh event. 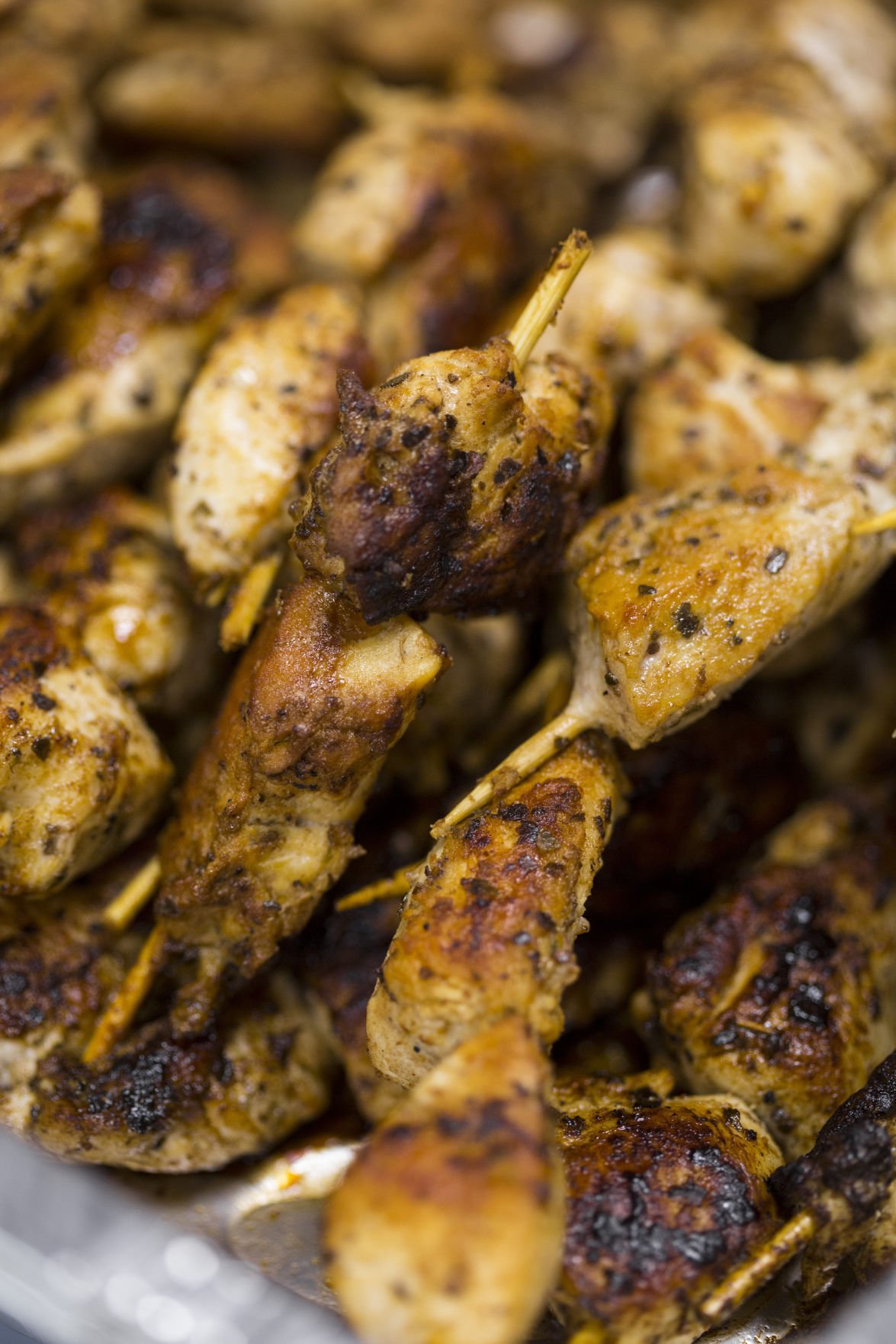 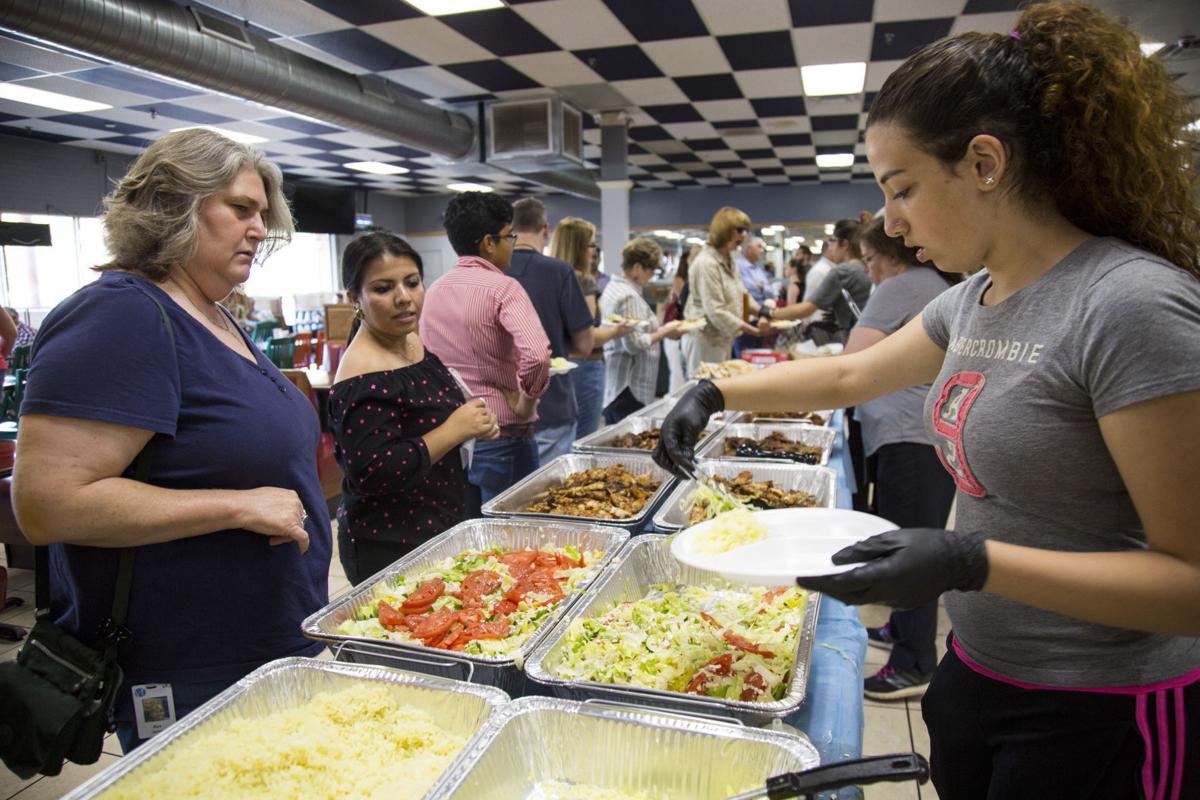 Diners tuck into their dinners at Nazareth Bread during an Ethnosh event at the restaurant.

Mahar Said, the owner of Nazareth Bread, talks to diners about his background, his restaurant and the food they make during the Ethnosh event.

When it comes to food, the Gate City runs in pretty good company. Sure, we don’t have the endless James Beard Award-winning gourmet haunts, and while our farm-to-table scene is solid, it’s small in comparison to some cities.

But take a ride down West Market Street, Gate City Boulevard or even through downtown, and it quickly becomes apparent that an oft-overlooked segment of our dining scene is on par with cities much larger in size and population — international cuisine.

While Fuller’s eateries have the benefit of a rising-star chef at the helm — not to mention truly excellent, authentic food — many of the other international-themed restaurants in town mostly fly under the radar, building a following via word of mouth.

McKnight created Ethnosh to help facilitate that chatter. The website offers a fairly comprehensive list of ethnic restaurants and food trucks in the area, spanning more than a dozen cuisines. Visitors can scan a list or search by country to access reviews, photos, menus and more from international eateries. And when they’re ready to give a place a try, Ethnosh hosts meetups at local international restaurants to help introduce newcomers to unfamiliar cuisine in a less intimidating way.

“We’re connecting people who might not normally meet to these restaurant owners and their families,” McKnight says. “If they’re a little anxious about visiting these restaurants for the first time, why don’t I facilitate that and guide them around town to the best of the best.”

The group has fertile ground to mine for its meetups. Over the past decade, Greensboro’s international food scene has exploded. Partly due to an influx of immigrants, as well as an abundance of affordable rent along corridors like West Market Street and Gate City Boulevard, restaurants serving everything from authentic street tacos to Vietnamese banh mi sandwiches to traditional Ethiopian dishes have popped up across the city.

Add to that the white-hot food truck trend — which gives would-be restaurateurs low on capital an easier avenue to open their businesses — and the climate is right for these mom-and-pop eateries to grow.

International dining stalwarts like Pho Hien Vuong — the decades-old family-run Vietnamese eatery near the corner of Spring Garden and Market streets — helped lay the groundwork for today’s vibrant scene. Just a stone’s throw from that restaurant, diners can enjoy authentic Mexican street-style tacos at El Camino Real and Carniceria El Mercadito (a Mexican market that also serves super-fresh tacos and other goodies), African fare at Taste of Ethiopia and Mediterranean dishes (along with incredible freshly-made pastries and desserts) at Nazareth Bread Company.

Follow Market Street downtown, and diners can sample Salvadoran fare made with herbs and vegetables grown in a garden out back at Manny’s Universal Café, taste the piquant flavors of Egyptian and Mediterranean dishes at Koshary or take a tour of the globe at Crafted The Art of Street Food.

And that’s not even scratching the surface.

For those burger-and-fry types unsure of where to begin, McKnight suggests asking for recommendations, both from friends and the restaurant staff once you’ve arrived.

“Most of these places are used to newcomers and are happy to guide them,” he says. “When in doubt, ask the question.”

What most diners will discover as they sample the cuisine of different cultures is though there are certainly differences, just as with people, there are common threads that weave throughout.

“One of the great things about food is the ingredients are much the same across cultures,” McKnight says. “You’ll find fried chicken wings in a Vietnamese restaurant or an Indian restaurant.”

As the size and makeup of this city evolves, Greensboro’s restaurant scene continues to reflect the change and growth. And for both fans of food and the city in general, that growth and change is a very good thing.

“It’s one of the best things about Greensboro — the changing culture,” he says. “(Visiting these restaurants) is a way to really learn what’s going well in your city and be a part of it and celebrate it.”